Everything You Need to Know for Exploring Mesa Verde National Park

Although Rocky Mountain National Park is only an hour and a half drive away from downtown Denver, don’t forget to check out the other three national parks in Colorado. Great Sand Dunes, Black Canyon of Gunnison and Mesa Verde National Park are some of the less visited of the federally protected lands in the US, but they’re equally as cool and offer jaw-dropping views with fewer crowds. One of 303 Magazine’s favorites is Mesa Verde, and it’s not hard to understand why. Here’s the lowdown on this iconic park. Make sure you take the trip south to visit and know exactly what’s in store. 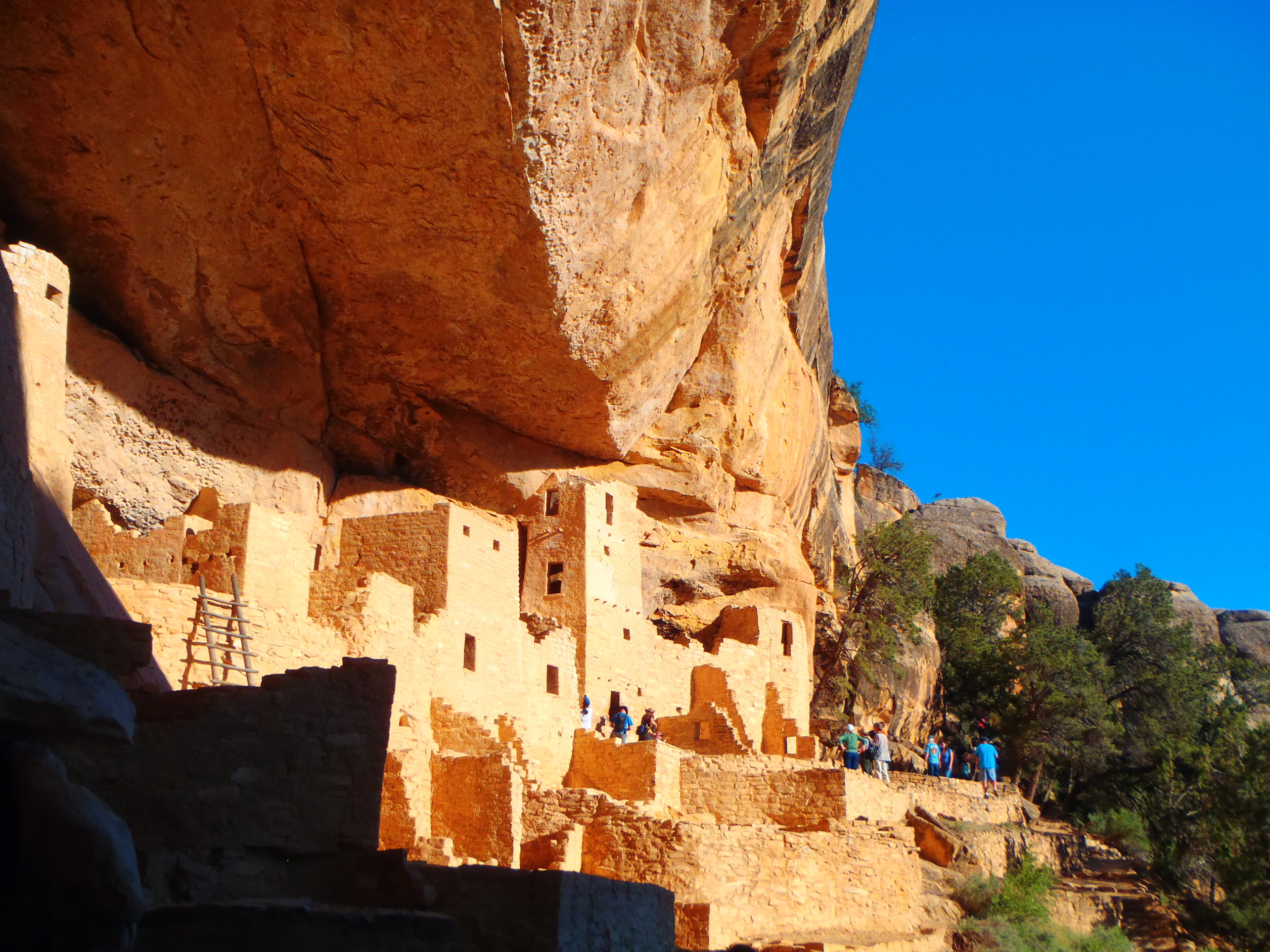 Outside of the small town of Cortez in southwestern Colorado, Mesa Verde National Park is a six and a half hour drive away from Denver and is known for its well-preserved Ancestral Puebloan cliff dwellings. Who were the Ancestral Pueblo people? Well, archaeologists and historians aren’t really sure. Before Europeans explored North America around AD 550, these ancient people created villages made of sandstone in the sheltered alcoves of canyon walls on the Mesa Verde and lived in them for over 700 years. And then in the late 1200s, they moved away and nobody knows why.

Sound cool and kind of eerie? It is. The park includes over 4,500 archeological sites, 600 cliff dwellings, panoramic canyon views and an overlook of the Four Corners — where Colorado, Utah, Arizona and New Mexico meet. You can hike, mountain bike, climb inside the dwellings, camp and come up with your own understanding of this ancient civilization. Whatever you do, it definitely won’t get boring. 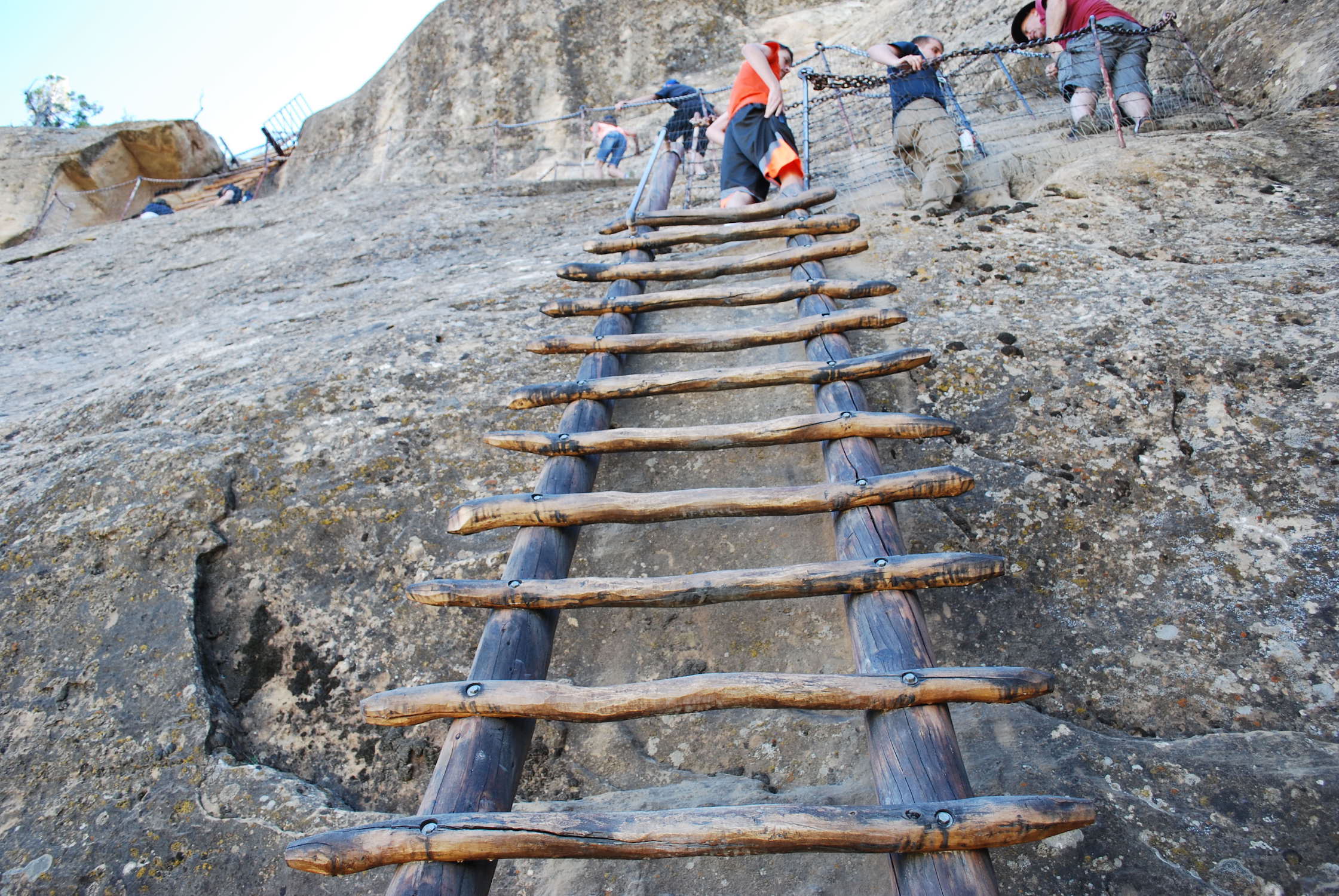 The Ladder at Balcony House. Photo by Marissa Kozma.

As a medium-sized cliff dwelling, Balcony House features 40 rooms, a tunnel, tight crawl-through passageways and a 32-foot entrance ladder — which is why some consider it the most adventurous cliff dwelling to visit. With spectacular canyon views and fun obstacles around every corner, the Balcony House guided tour is for those who aren’t afraid of heights.

You’re in luck because the Cliff Palace Dwelling just reopened Memorial Day Weekend after nearly a year of essential preservation work. As the largest and most famous cliff dwelling in the park with 150 rooms and an estimated population of 100 people, Cliff Palace is believed to be a social, administrative site used for ceremonies. A trip to Mesa Verde wouldn’t be complete with touring or seeing Cliff Palace from above at the popular overlook point.

After driving along a winding scenic 12-mile road restricted to vehicles at least 25-feet long, you can find Long House, the second-largest popular cliff dwelling located on Wetherill Mesa in the western part of the park. This dwelling offers more peace and quiet than other more frequented areas.

As a free self-guided cliff dwelling, Step House is a leisurely dwelling to reach by foot. The one-mile trail there features a 100-foot descent down a path and is an easy hike for people of all ages.

The third-largest cliff dwelling is closed for preservation work until 2019, but in the meantime, you can still witness it at a lookout near Spruce Tree Terrace Cafe and hike on adjacent trails in the surrounding area. When it’s open, Spruce Tree House is accessible for free self-guided or guided tours and is the easiest dwelling to get to. Spruce Tree House is nicknamed for the large spruce tree that was growing in the front of the dwelling when it was first discovered. 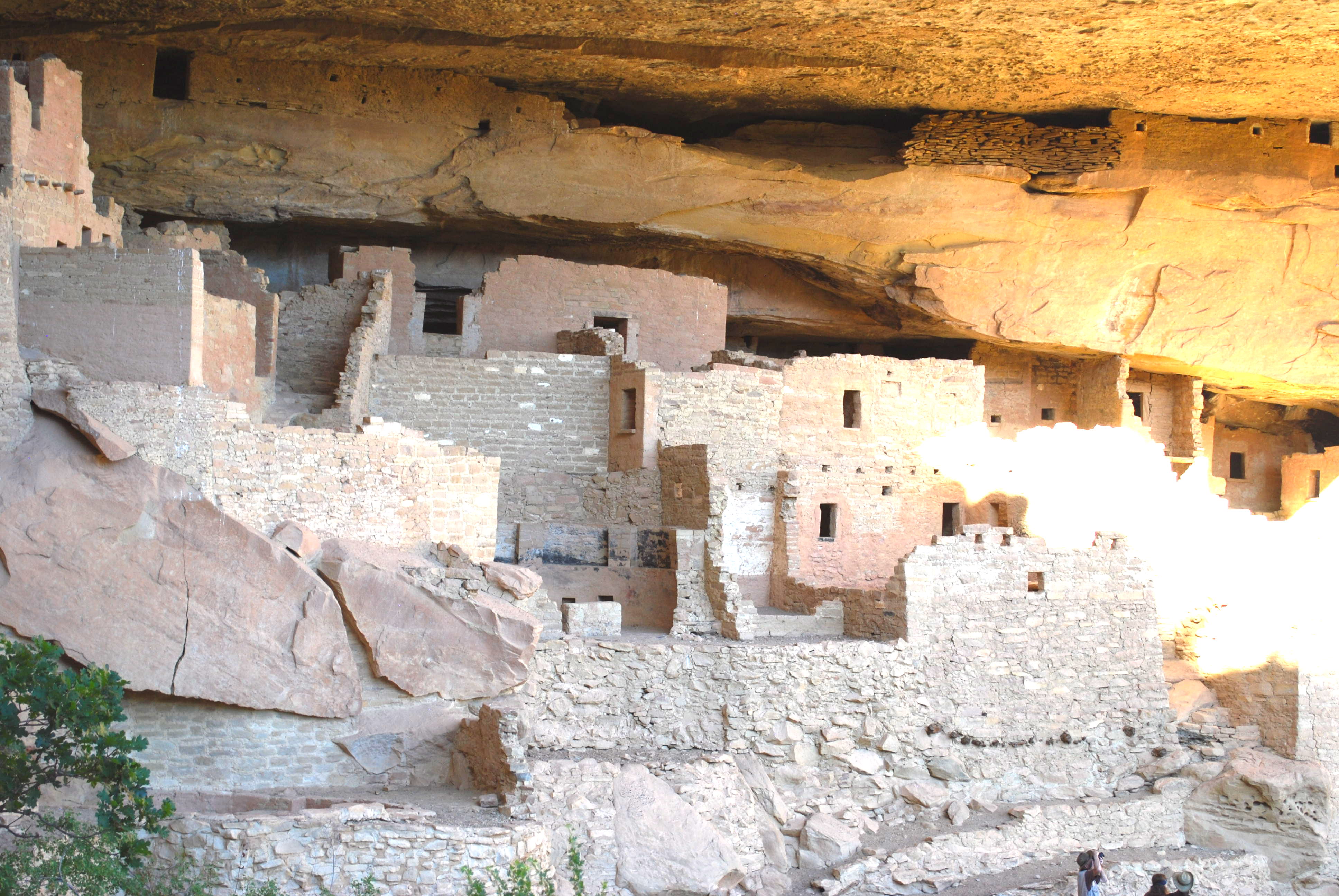 When: Monday, June 19 and Tuesday, June 20, 2017 at 5:15 a.m. and Friday, September 22 and Saturday, September 23, 2017 at 6:15 a.m.
Where:  Meet at the benches under the shaded structure at the north end of the Balcony House parking lot.
Cost: $20 per person. Click here to book.
The Lowdown: Watch the sunrise and witness spectacular views as the sunlight hits the sandstone in the early morning hours on this special tour. Climb ladders and crawl through tight spaces to experience Balcony House at its finest hour. 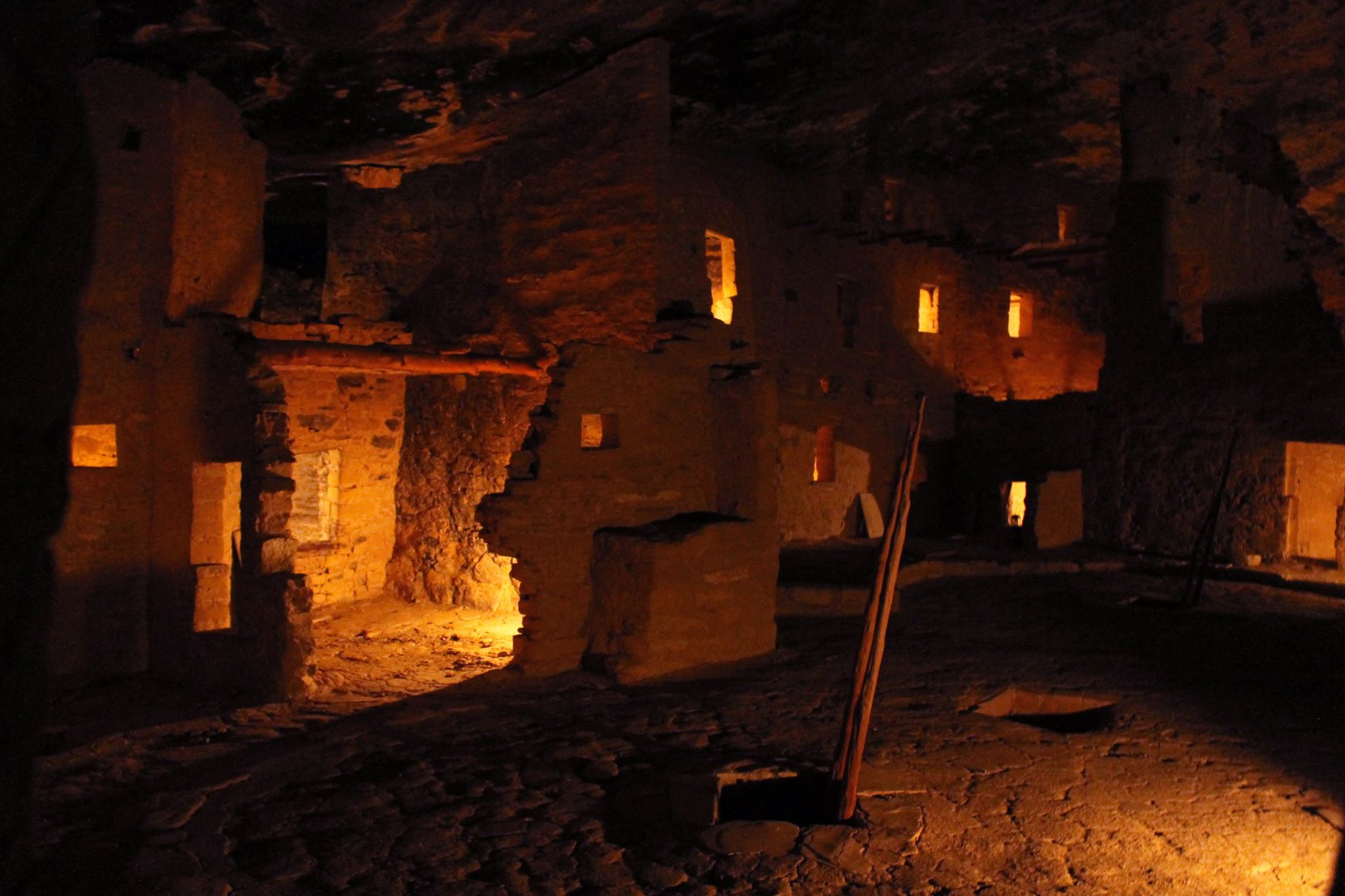 When: May 26 – September 9, 2017. Times vary by day.
Where: Meet at the overlook above Cliff Palace.
Cost: $20 per person. Click here to book and for times.
The Lowdown: This tour is exactly like the regular Cliff Palace tour during the day — except — it’s at night. See the sandstone houses aglow on this hour and a half hike into the largest cliff dwelling. If this doesn’t make for a worthy Instagram shot, we don’t know what does.

When: May 30 – October 22, 2017 at 9:30 a.m.
Where: Meet in the Wetherill Mesa parking lot at the picnic shelter by the restrooms.
Cost: $25 per person. Click here to book.
The Lowdown: If you want to experience Mesa Verde like the Ancestral Pueblo people did, why not try climbing? Ditch the kids on the regular cliff dwelling tours and opt for something more physically strenuous on this two-hour climb to the Mug House cliff dwelling featuring steep drop-offs, switchbacks and giant boulders you have to climb over.

In addition to taking a self or guided tour of the cliff dwellings, Mesa Verde National Park is also a great place to trail blaze. If you’ve got time, check out these awesome hiking trails. 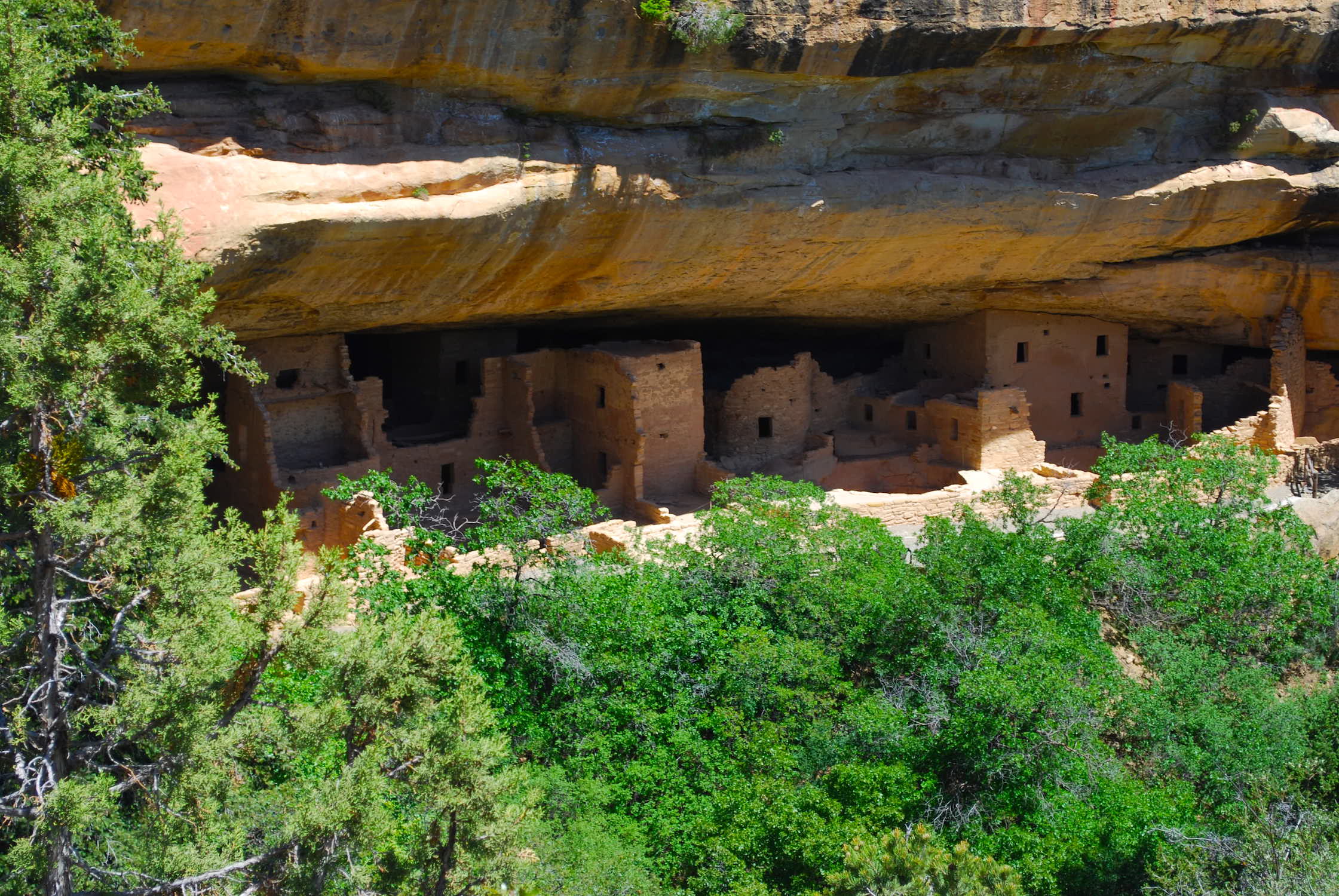 Length: 2 miles out and back
Difficulty: Moderate
Trailhead: Morefield Campground in the northwest corner of the park
Highlights: Named for the Knife Edge Road that this trail follows, locals still talk about the steep bluff that makes some people uneasy. If heights don’t bother you, this trail promises views up high of the Montezuma Valley.

Length: 2.7-mile loop
Difficulty: Moderate
Trailhead: Near the Chapin Mesa Archeological Museum
Highlights: As the only trail in the park with petroglyphs, this moderately difficult hike is a must if you plan to trail blaze in Mesa Verde. Hikers can climb to the top of the mesa and return along the rim. You’ll also see views of Spruce and Navajo Canyons. Registration at the trailhead or museum is required.

Length: 2 miles out and back
Difficulty: Moderate
Trailhead: Morefield Campground in the northwest corner of the park
Highlights: Traverse the top of the mesa and see gorgeous views of the Montezuma and Mancos Valleys on this shorter but still challenging hike.

Length: 7.3-mile loop
Difficulty: Moderate
Trailhead: The west end of Morefield Campground
Highlights: With ascension into Prater Ridge and a loop trail along the top, this moderate and longer hike in Mesa Verde has spectacular views of valleys and canyons.

Length: 3.1 miles out and back
Difficulty: Moderate
Trailhead: The Spruce Tree House trailhead near the Chapin Mesa Archeological Museum
Highlights: If you want to explore the canyon bottom of Mesa Verde and witness abundant plant and wildlife, the Spruce Canyon Trail is quite a treat. Hikers will explore the Spruce Canyon near the Chapin Mesa Archaeological Museum. Registration at the trailhead or museum is required. 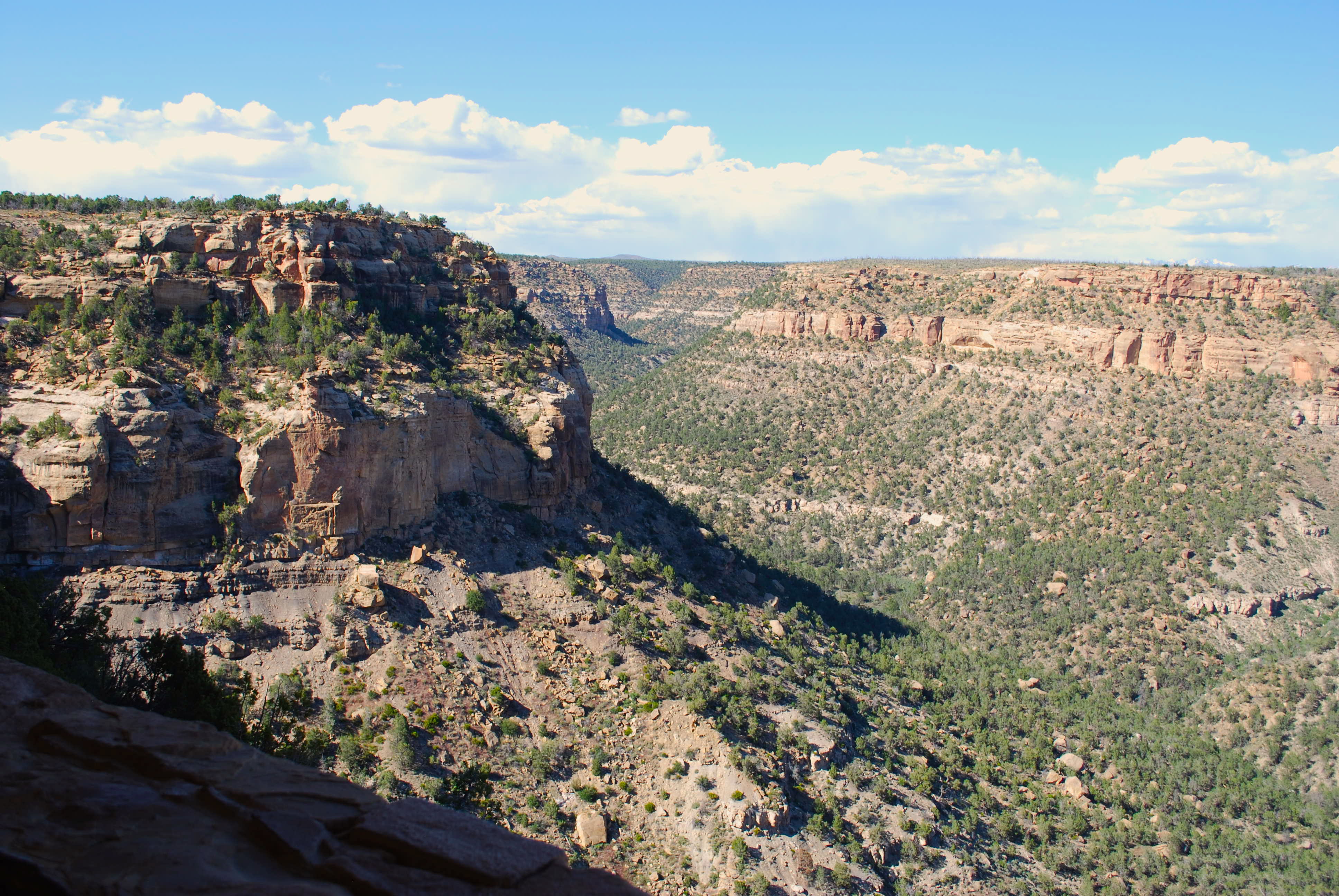 Mesa Top Loop Road: This six-mile drive travels along the rim of Chapin Mesa and offers great views of Sun Temple and Square Tower, as well as Cliff Palace, Sunset House and many other cliff dwellings.

Trail of the Ancients: If you have time and want to adventure outside the park, this 116-mile drive is a scenic byway that is dedicated to ancient archaeology. From Cortez past Mesa Verde to Ute Mountain Tribal Park, this ride is sure to offer spectacular views once shared by the Ute and Ancestral Pueblo people.

Wetherill Mesa Road: See the Four Corners on this 12-mile mountain road that is definitely adrenaline pumping due to its sharp turns and switchbacks. At the end, you can access Long House, Step House and Badger House.