The word feminism can be easily defined as the advocacy for the socioeconomic, cultural and political equality of the sexes. But in the last decade the movement and word has evolved with shifting politics, arts and culture that makes understanding feminism a bit trickier. Luckily, the Denver Museum of Contemporary Art (MCA) has a whole program dedicated to the various intersections of feminism called Feminism & Co.: Art, Sex, Politics. This year marks the 10th anniversary of Feminism & Co.: Art, Sex Politics, and the program will be exploring not only the transformation of the program but the evolution of the dialogue of feminist culture through the lens of gender with a three day festival that includes lectures, exhibition opening and an all-day music and performance festival. 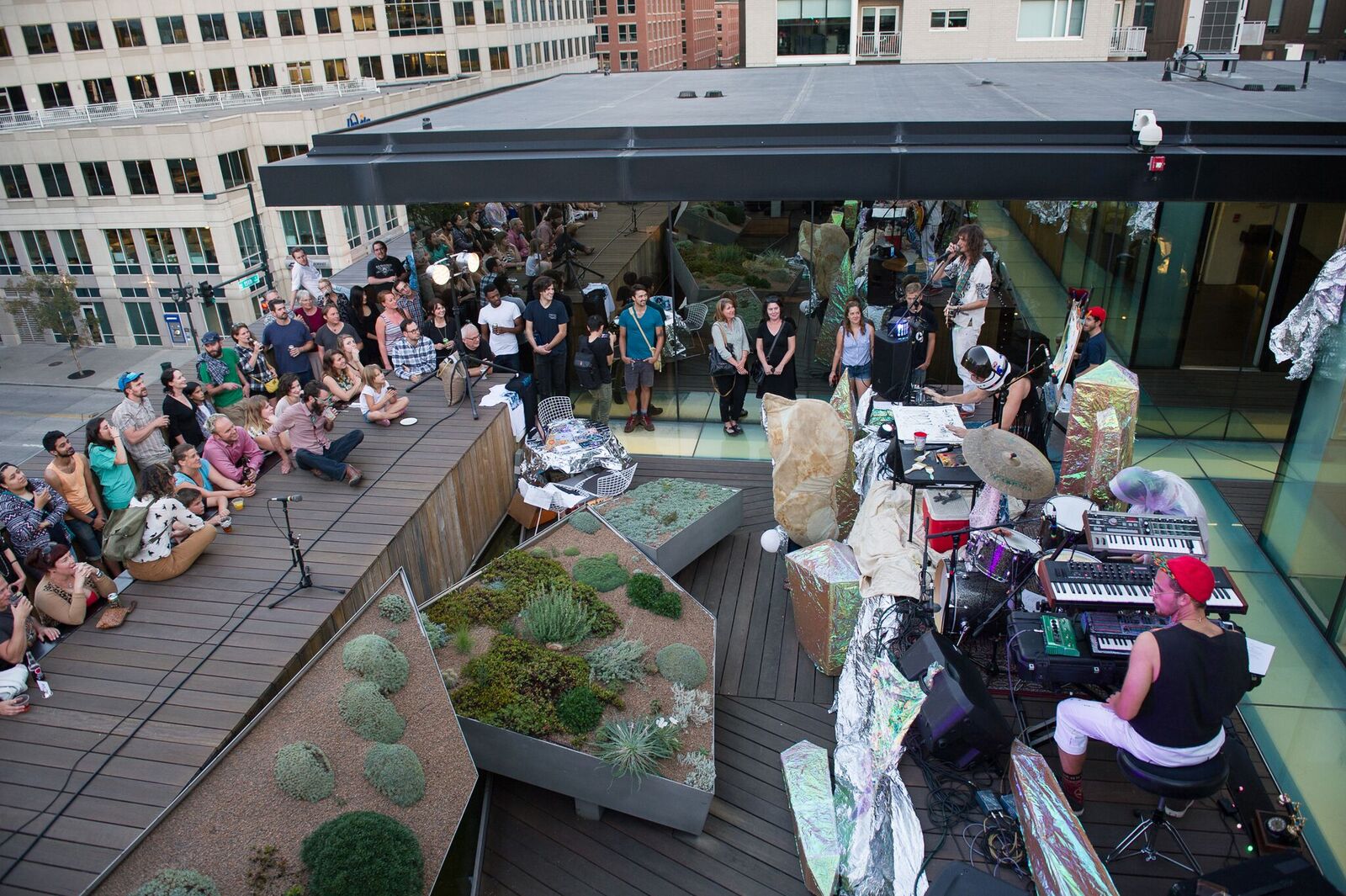 The festival kicks off Thursday and will include a lecture reflecting on the last decade of Feminism & Co. by co-directors Gillian Silverman and Elissa Auther and a dance performance titled The XX: Where’s the Power? On Friday Jenny Morgan’s SKINDEEP and Derrick Velasquez’s Obstructed View exhibits will open and feature DJ sets from CELE residents Alex Whittier and Radere, as well as a special performance from the Argentinian composer Melmann and live visuals by Offthesky. And finally on Saturday, there will be musical performances from 10 a.m. to midnight by performers seeking to empower women and who are politically active and identify as feminists. For a list of performers follow this link.

Feminism & Co.: Art, Sex, Politics began in 2007 when Auther and Silverman noticed a gradual increase of interest in issues related to feminist art, culture and politics. This was a time when Hillary Clinton first bid for the presidential nomination of the Democratic Party, when The L Word was challenging conventional women’s roles and feminist exhibitions were opening on the east and west coasts.

“So [Feminism & Co.] came out of that and wanting to take advantage of that slewing of interest. We wanted to create a program that looked at issues of women and gender through the lenses of creative practice,” said Auther. 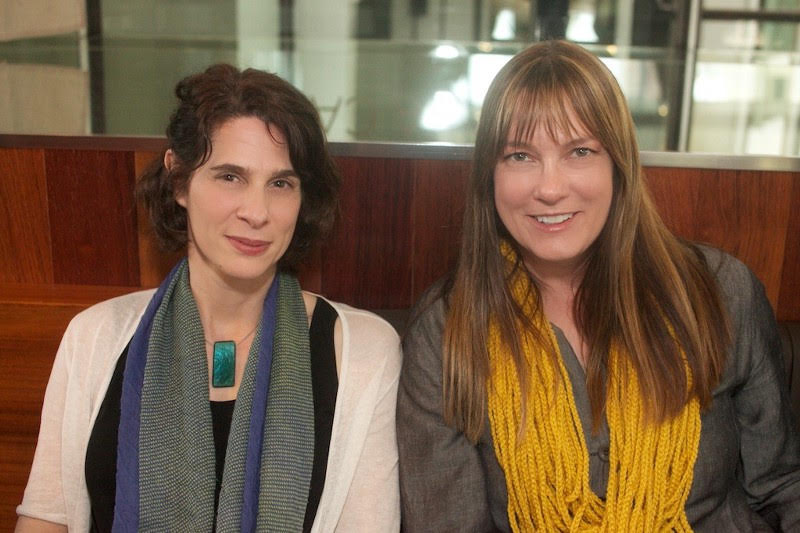 Over the years, Auther and Silverman have aimed to create feminist discourse on three levels: university and academic level, public sector — like the nonprofit world — and the art world.

“In the past our aim has been to have those worlds be represented and give them a space to discuss things that they might not normally have. Because often times artists don’t necessarily speak to people in the nonprofit world (and vice versa),” Silverman said. And having a space like the MCA that incorporates these different sectors is able to create dynamic conversation among players from different intersection of life.

Both Silverman and Auther echoed that opening up the dialogue about feminism for public discourse wasn’t as easy as it is now. “When we began the program it was a lot harder sell both to do a program that was devoted to gender and that was oriented for the public audience, and to call it feminism kind of unapologetically was something harder to do back when we began than it is now,” Silverman said. They attribute this to feminism and issues of gender entering the public lexicon and becoming more a part of national conversation because of shifting politics and culture.

Silverman and Auther have recognized that recently with celebrities like Beyonce, Lorde, Laverne Cox and many others coming forward and self-proclaiming as feminists, gender issues and feminism, in general, have gained popularity and traction in mainstream media. The increased popularity can sometimes blind people from recognizing the advocacy and political activism that comes with being a feminist, so Feminism & Co. tries to acknowledge that the movement and their program is more than just a hashtag or t-shirt.

“... it isn’t just a matter of wearing a Nasty Woman shirt.”

“We’re thrilled that feminism has entered the public lexicon but at the same time there is a danger that it is just going to be used in ways that aren’t particularly activist or political… What we try to do in our programming is to retain a level of seriousness to the conversation and a level of political activism so that it isn’t just a matter of wearing a Nasty Woman shirt. There’s something behind it that is really interested in transformation,” Silverman said. And they do this by acknowledging and incorporating more than just political elements into their programs.

“For us, part of (Feminism & Co.) is making an argument that art and culture are important and legitimate sites for feminist practice. It’s easy to see how feminism would be carried out in the political realm, and we very much support political initiatives that promote women’s equality. But I think it’s harder sometimes to see how watching a television show with an unconventional hero would be doing feminist work or going to an artist exhibition of a feminist artist would be doing political work. That’s part of what we are doing on Thursday and what we have wanted to do all along is defend cultural forms of feminism as having important political implications,” Silverman said.

By incorporating political, cultural and social systems into the program, Feminism & Co. is not only opening feminist dialogue up to the public but are also showing to the public how dynamic, diverse and inclusive the feminist movement aspires to be.

For more information about the festival and ticket prices follow the link here. 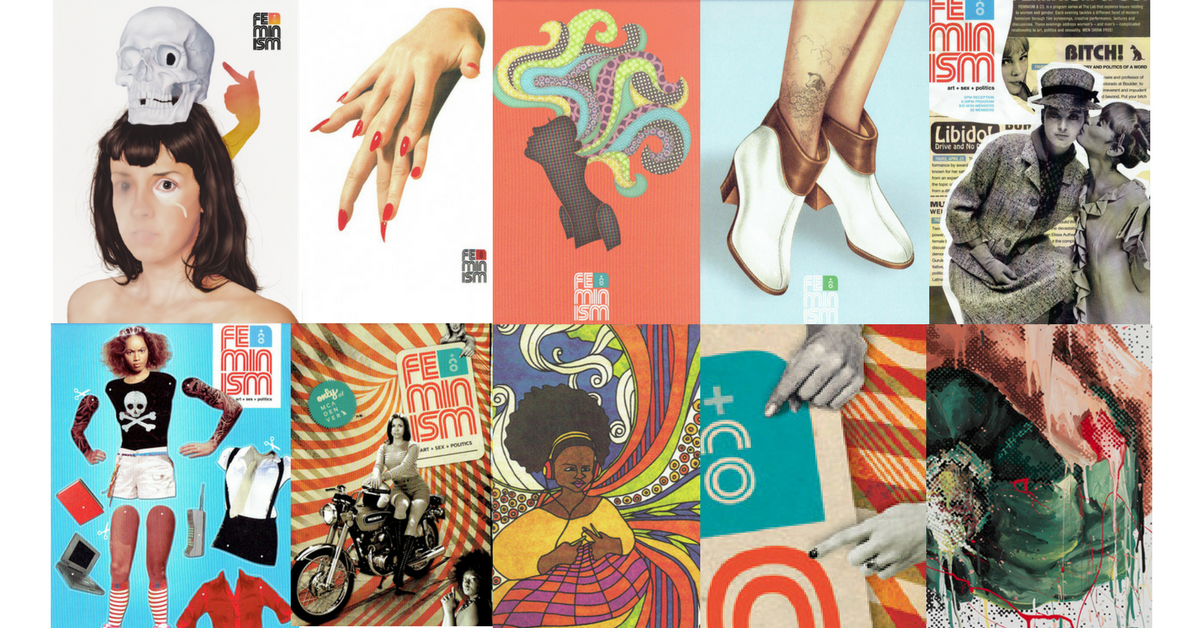 Collage of each year of Feminism & Co. Photo courtesy of Denver MCA.