Ariana Grande may only be 23 years old but she has already shown with her powerful voice that she is on her way to become a pop music icon similar to Mariah Carey, Lady Gaga and Beyonce. Grande entered the nearly full Pepsi Center to a sea of screaming fans that ranged from little girls wearing her iconic cat ears, to grown women and men, all shrieking once she graced the stage. Along with Grande’s sultry and captivating voice, the on-screen visuals and on stage motion of her dancers kept the crowd on their feet and elated for almost 90 minutes Monday night. 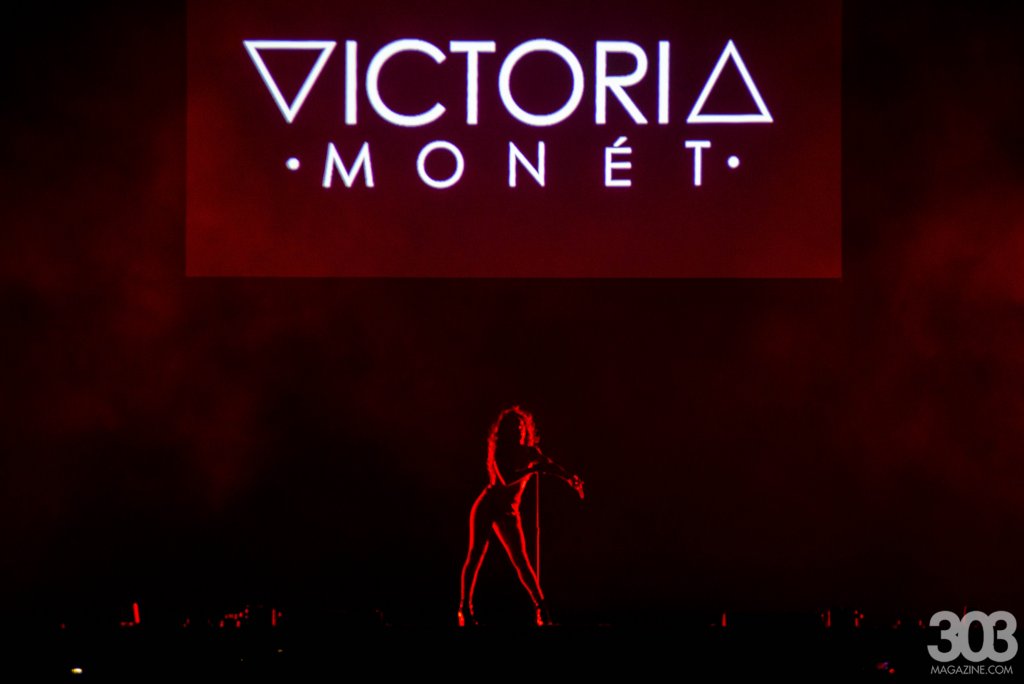 Victoria Monet opening for Ariana Grande at the Pepsi Center.

To jumpstart the evening, Victoria Monet and Britain’s girl group Little Mix, warmed up the crowd for Grande with their catchy, girl empowering hits — which were a recurring theme throughout. Both openers combined their choreography with alluring vocals. They also both declared how gracious they were to be opening for the popstar, and were met with eardrum bursting screams of the audience with a mere mention of Grande’s name. 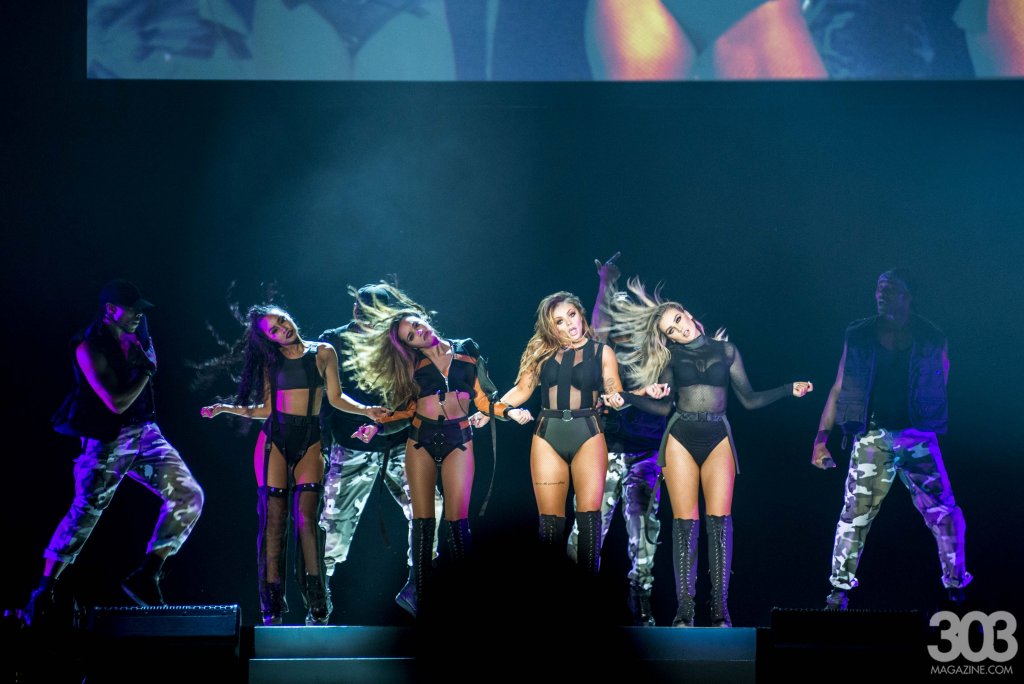 Little Mix opening for Ariana Grande at the Pepsi Center.

Grande is rounding out the half-way point of her Dangerous Woman Tour for her most recent album with the same name. She kicked off her high-energy show with the catchy “Be Alright” that was launched up a notch when Grande and her dancers vogued with precision and sickening visuals mid-way through. Following a stunning opening song, Grande proceeded to crank out every track off of her latest album. She also performed some of her previous hits like, “Bang, Bang” which features Jessie J. and Nicki Minaj, “The Way” which features her current boyfriend Mac Miller and “Break Free” with Zedd. Grande bounced around the stage with girlish pleasure (her iconic pony tail was slaying as usual), but also showed her grown-up side while she rocked mile-high stilettos, form-fitting dresses and body suits and sang about love, sex, womanhood and heartache.

Not a stranger to a little controversy (see: #DoughnutGate), the self-proclaimed feminist used not only her music but visuals to not-so-subtly display her views on topics like same-sex marriage, advocacy against rape culture and girl empowerment during the song “Thinking Bout You” and during a feminist transition before the playful sex positive song, “Side to Side.” Solo on the stage, Grande sang the love ballad “Thinking Bout You” with colorfully hazy outlines of different couples. Animated straight and gay couples illuminated the screen nonchalantly in the background. The uplifting mood didn’t stop there. While Grande was off stage getting ready for her third outfit change of the night, the screen lit up with her feminist interlude. The video screen projected the words “empowered,” “strong,” “irreverent,” “wild,” “centered” and the phrase, “NOT ASKING FOR IT,” in all caps while a sultry and sexy dancing Grande moved with the beat and flashing words. Grande didn’t even have to be on stage to say so much so briefly.

Among other less intentional visuals for songs like “Everyday and “Side to Side,” that feature rap bigshots like Future and Nicki Minaj, the big screen projected the rappers as Grande rapped and danced playfully alongside the two-dimensional artists.

To end the show, Grande returned to the stage after another outfit change — this time in a black leather number — to perform the album’s title track, “Dangerous Woman.” Pink balloons and confetti shaped like money with Grande’s face on them filled the floor of the stadium and solidified her position at the table with other pop queens of this generation. 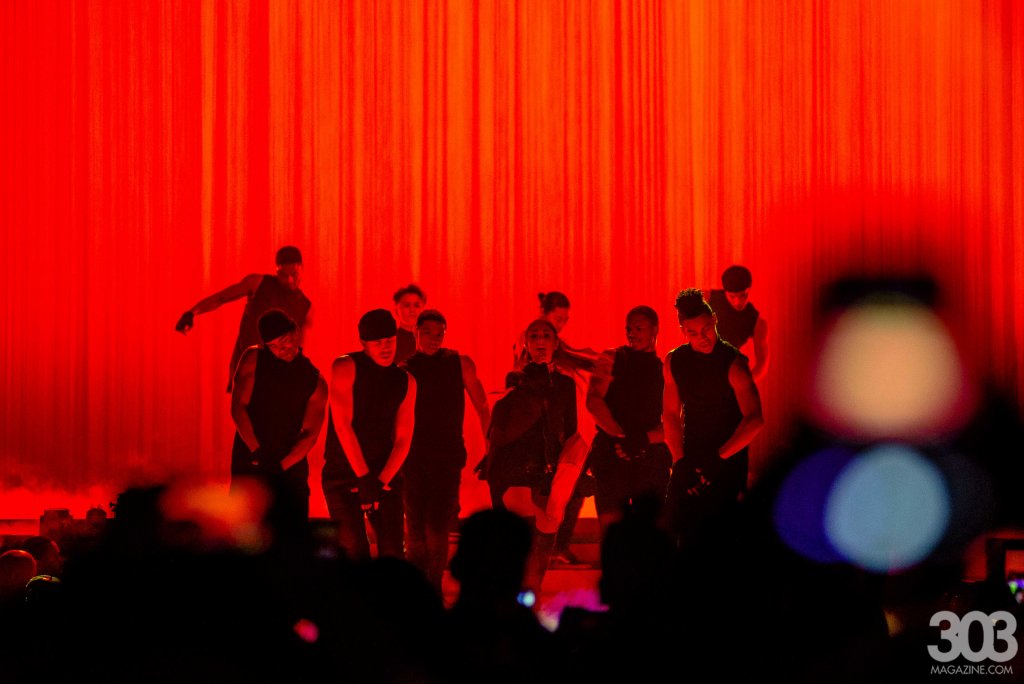 All photography courtesy of Austin Voldseth. Check out the gallery here.