The moment you walk into an of Montreal show, you know it is going to be a different experience. I walked into the Bluebird Theater and immediately spotted a man in the audience dressed in a neon green jumpsuit with different colored pom poms and matching goggles. There are crazy figurines lining the merch booth and holding up traffic. No, haven’t even looked at the stage yet.

There is something intriguing to look at everywhere your eyes turn — whether it’s the aesthetic concert attire of the attendees, the mesmerizing dance moves overcoming everyone and, of course, the stage. of Montreal put on a funkadelic, tripnotic and sometimes politically charged show. The lead singer, Kevin Barnes, sported a hot pink bobbed wig, open jacket and a mini skirt. His voice, moves and presence were totally captivating and I found myself effortlessly grooving in mirrored movements. 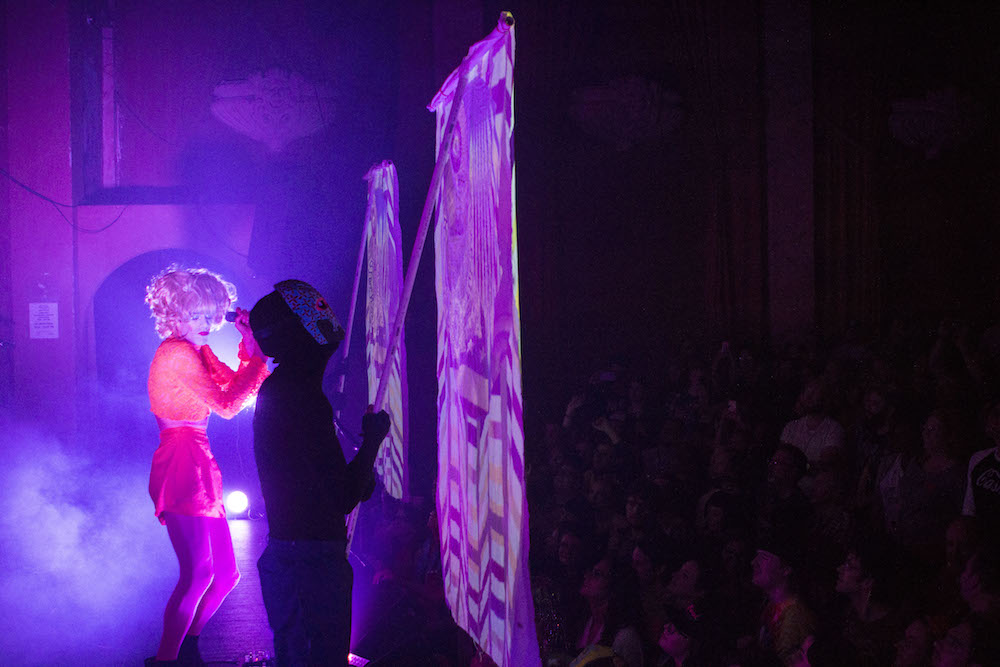 Behind him, the rest of the band had such as much eccentric flair as Barnes, one even wearing a large 10-gallon hat. Projected on a screen in the back was a variety of tripnotic visuals pulsing like a kaleidoscope — ferrets and lizard heads, baby doll heads and what looked like footage from the women’s march and other rallies of the sort. The music is upbeat psychedelic-pop and the visual stimulation made it an immersive and encapsulating experience. The crowd was singing along, bopping, throwing down some moves I have never seen before in my life and the stoke was high on everyone just having a great time. It might have also been the fact that it was 420.

of Montreal in concert can be described as weird — in the absolute best way possible. The kind of weird you strive for and admire, the type you see on other people and think ‘they must be comfortable and happy as fuck with who they are.’ The confidence and quirkiness that the band exuded helped cultivate and air of acceptance and openness in the audience. There was no holding back. Looking around through the show there were multiple times I thought to myself  ‘what the fuck did I just see?’ 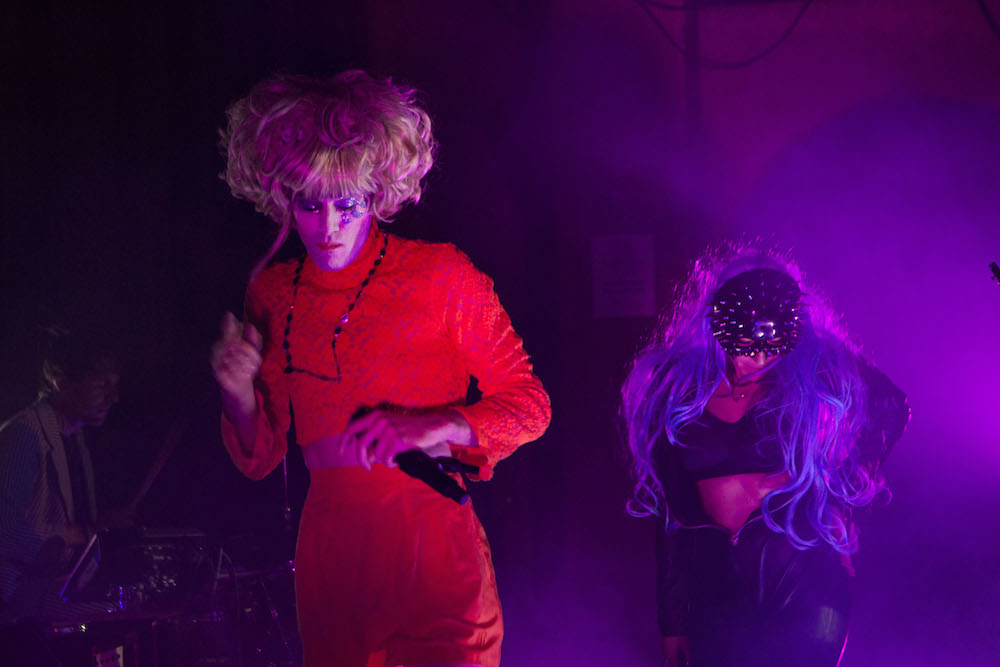 There were full grown men in nude bodysuits and baby masks sneaking up on Barnes during one of the encores. Aliens with tentacles joined the party at one point, dancing around. I found myself singing my heart out to “Grolandic Edit” shouting “I guess it would be nice, to give my heart to a God but which one? Which one do I cho-o-o-o-se?” Then thinking, oh my god, I know. I’ll give my hearts to these gods right here. Those guys on stage rocking out, hearts full in it, making me want to fully embrace my inner freak.

This was not just a concert, of Montreal shows never are, this was an experience. One that took you to another world, dare I say another dimension? And no, it wasn’t because I was feeling super jazzy from 420 festivities. I was really just high on the energy of the crowd and the band. The theatrical performance is always unique and never disappoints and the poppy tunes will infiltrate your body in seconds — I’m still soaring. If you ever have the chance to see of Montreal, hop on it.

All photography by Kenny Coles.