When most people hear the word “yogi” they often picture a particular kind of person. However, if you walk into the Walnut Room on Sunday between 9:30 a.m. and noon, you’ll find a room full of reasons that picture is distorted. Instead, you’ll find a collection of Denverites of every shape and size finding their way into downward dog to the tunes of Beyoncé, Justin Timberlake and maybe even Wu-Tang.

You’ll also find Kady Lafferty running the show. Each Sunday, Lafferty hosts and instructs these laidback music-themed yoga classes. Their clever names range from “Namas-Bey” to “Downward Facing Drizzy” and include a ticket for a free beer or mimosa—and the best Sunday Funday vibes in the city. These vibes are exactly what makes an hour-long power vinyasa class appealing to those who might not venture into an average yoga studio. 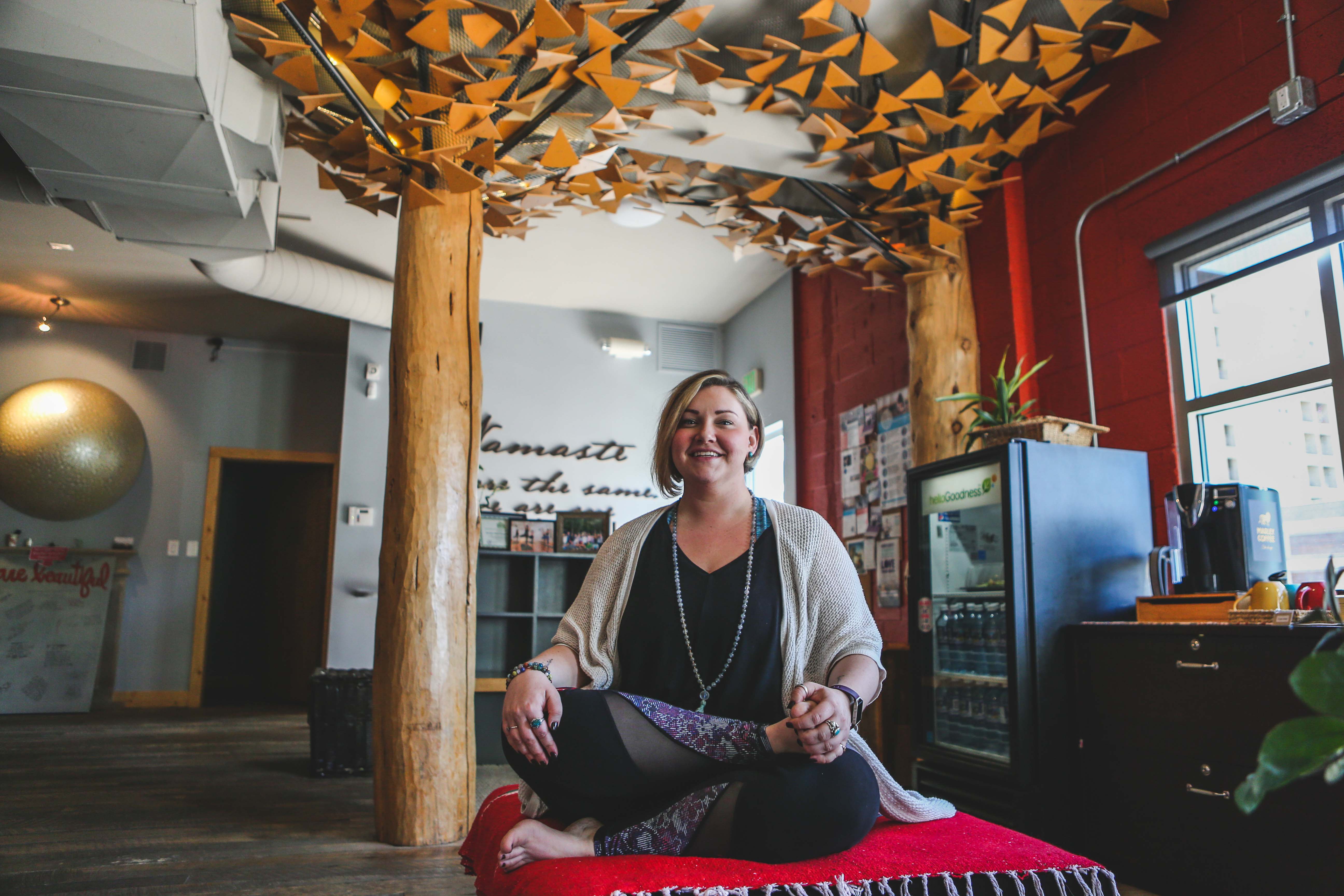 Lafferty, who created Big Booty Yoga, a Facebook/Instagram page and initiative to challenge the stereotype of a “yoga body,” believes that her Walnut Room classes create a safe space for people to try out yoga. “They feel like it’s a non-judgement zone,” she said. “I would say that every single week I’m there, I have one to two people who have never done yoga before.” These classes are part of her mission with Big Booty Yoga—she welcomes people into a carefree space to introduce them to the magic of yoga without the intimidation of walking into a studio. “Especially someone that doesn’t fit into the mold of what a stereotypical yogi is, they don’t want to step into a place like [that]. They don’t feel comfortable doing it and they don’t think that their body’s meant for it or that they’re able to do it.”

This hesitancy is something Lafferty herself faced about four years ago when he first stepped into a yoga studio. Originally, she wasn’t yoga’s biggest fan; she recalls trying basic videos at home in college and hating them. A few years later, her best friend and roommate began begging her to take a class together. “She had asked me like a million times to come to yoga with her and I’d had an idea of what typical yoga people were, I thought they were 5’2”, size two … and I was like that’s not really me,” Lafferty said.” Eventually, she was convinced, and recounts her first real experience in a yoga class as one that changed her life. “I realized for the first time in my life that for an hour my head was completely clear,” she said. “I got out and I was like, ‘this is magic.’”

That first class took place at The River Power Vinyasa Yoga where Lafferty is now an assistant manager and instructor. Immediately after that class, she got the new student special and practiced yoga nearly every day while still at her 9 to 5 job. Eventually, she decided to take part in teacher training initially just to deepen her practice but she ended up loving it. So, as she says, she “put faith in the universe,” quit her job, and started her life as a full-time yoga instructor. 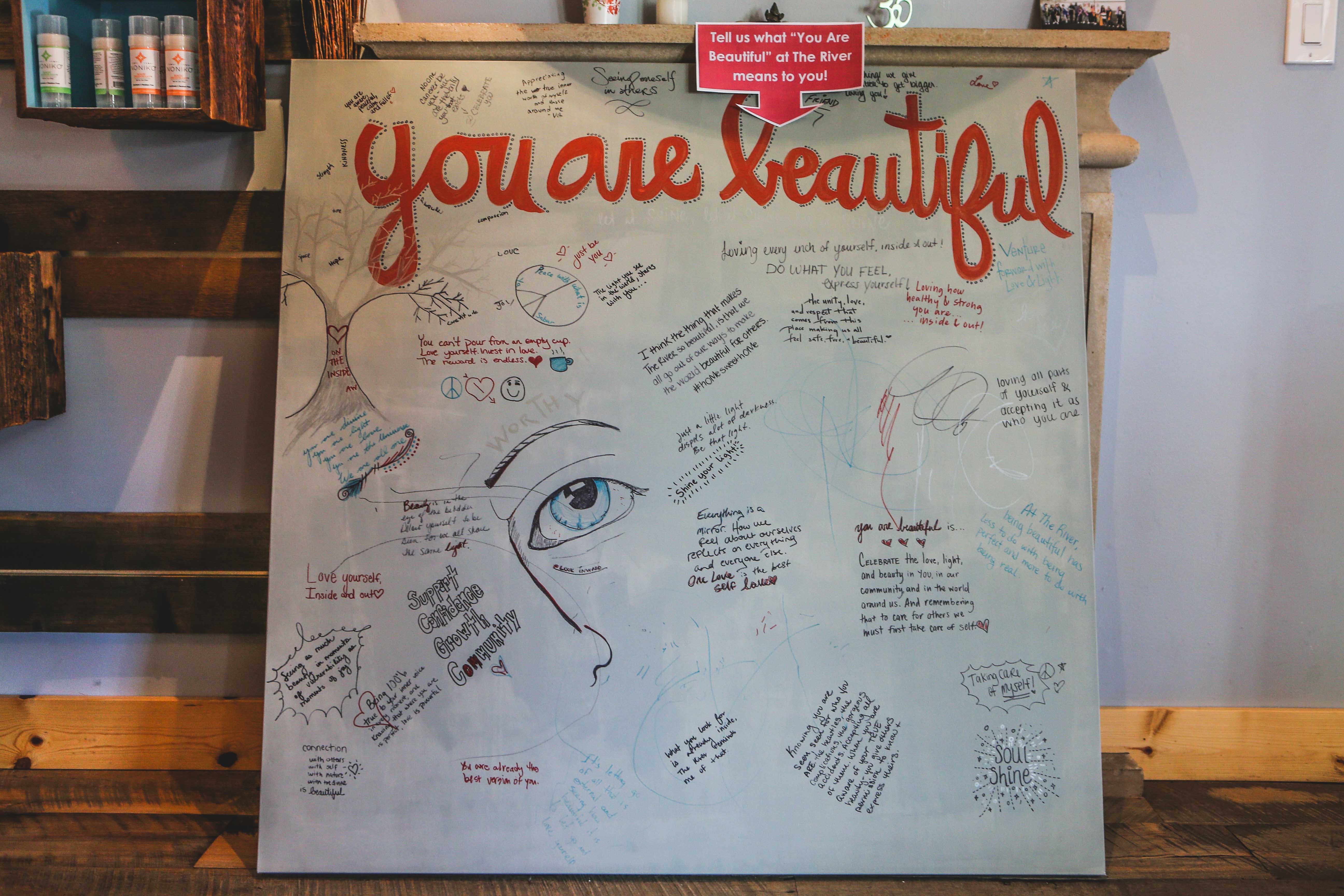 Yogis can add to this board about what it means to be beautiful near the entrance of The River Power Vinyasa Yoga studio.

The creation of Big Booty Yoga (pro tip: don’t google “big booty yoga”) came later over a bottle of wine with her best friend who encouraged her to create an Instagram page just for her yoga practice. She recalls her friend telling her that it would be an opportunity to challenge the stereotype of a yoga body and encourage other people with reservations about the practice to try it out.

In her classes, Lafferty challenges her students to say something kind to themselves when in difficult or tiring poses, or “in the moments that they least want to.” She believes that small actions like this are what change the way people speak to and think about themselves in everyday life.

“Once you’re able to start changing it on your mat when you’re sweaty and you’re in these weird shapes with your body and you notice how your brain is working, [that’s] when it starts happening in other places in your life,” Lafferty said. “That’s the magic, for me, where it all started. I had so many things I thought my body couldn’t do maybe because of my size or because or … because I didn’t have enough strength but I was stronger and more capable in my body than I thought I was.” 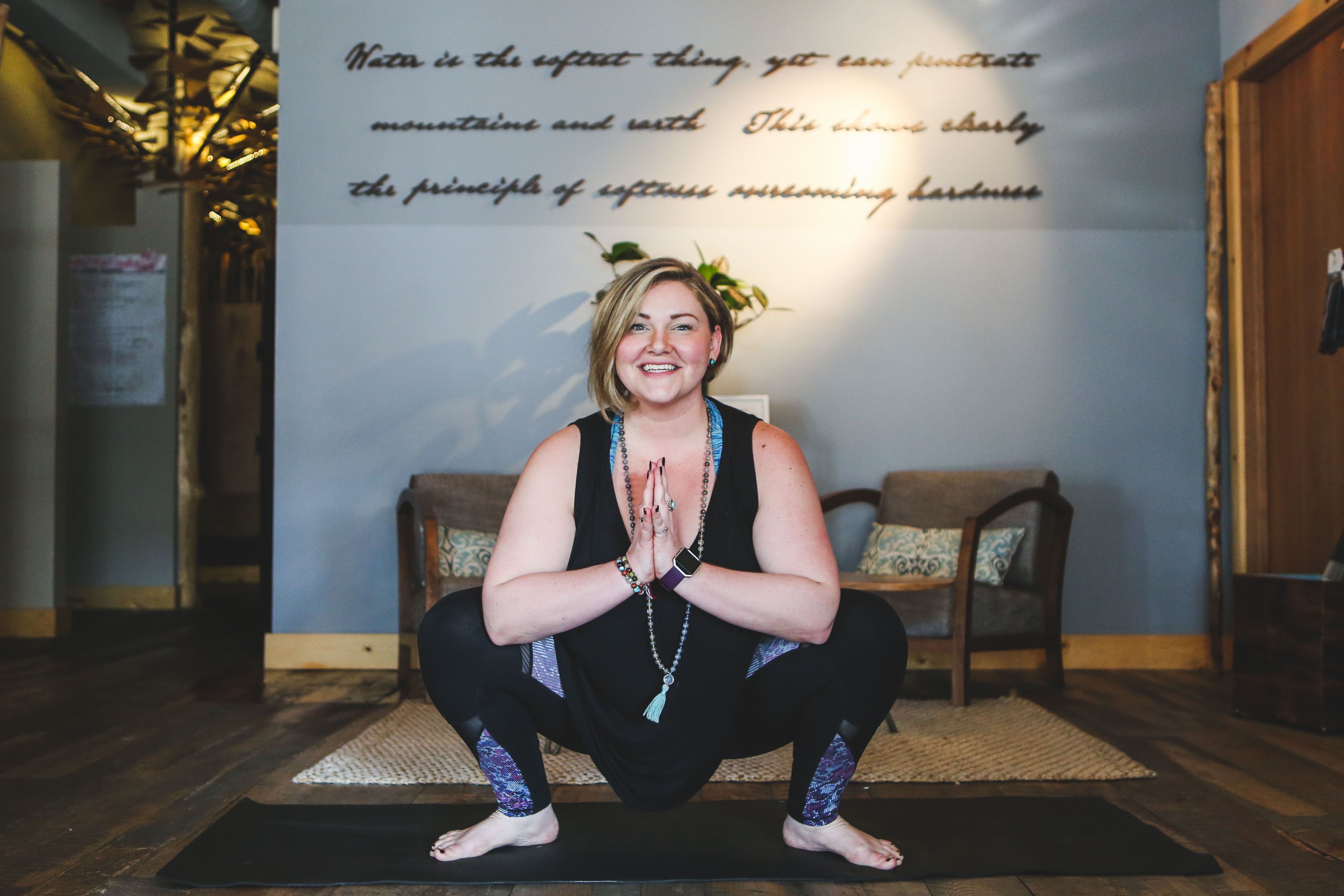