For the adventurous Coloradan, ice climbing is a unique winter sport worth trying. But you better act quick, because this year’s season is on its way out.

With Colorado’s encroaching spring, there might be only a week or two left in the ice climbing season. That’s because the season may end earlier than normal due to warm weather. But it’s not just because the ice is melting. Climbing on hotter days can actually create lasting damage.

“Ice climbing is not like rock. With rock climbing, the rock stays pretty much the same. Ice changes quite a bit— it could flow here one day, it could flow there the next. So keeping an eye on the conditions and only climbing when the conditions are good is very important. For example, if you climb when it’s too warm or something like that, you could change that ice climb for the rest of the season just by one time going up it. Really preserving the climbs we have is very important,” said Brian Shelton, owner of Front Range Climbing Company in Colorado Springs.

As a result one of the most difficult parts of ice climbing is finding the best weather conditions to climb. You might think a really cold day would be perfect for climbing ice— think again. On frigid days, the ice is brittle and can shatter more easily. This makes it difficult to safely brace the hand and foot-holds in the ice. Warmer days make the ice more malleable and it’s easier to plunge the holds deep into the ice for maximum stability.  If it’s too warm it can actually make it difficult to maintain the longevity of the flow. 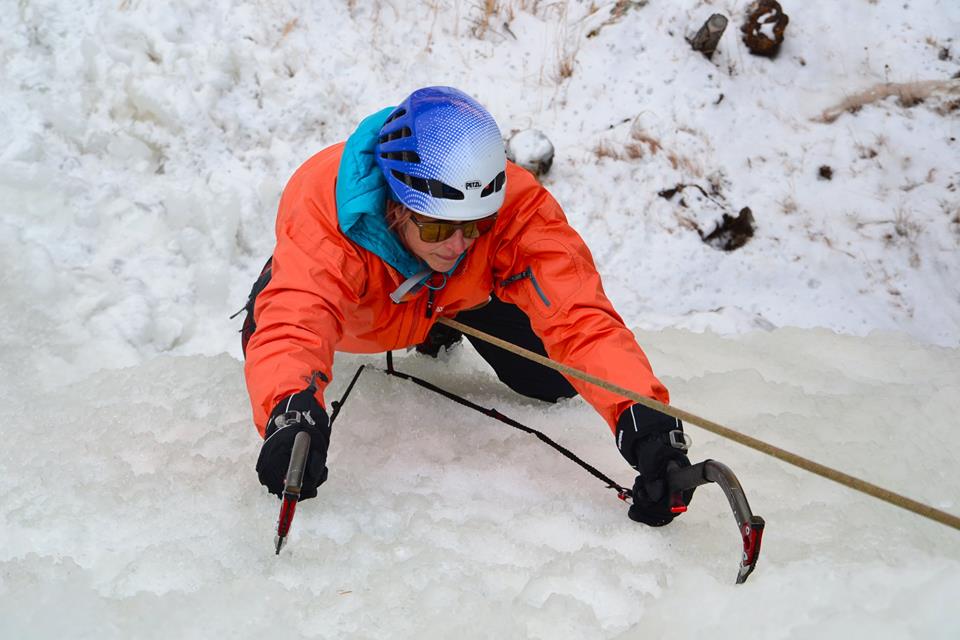 During the winter, some of FRCC’s favorite spots to take customers include Clear Creek Canyon outside of Denver, North Cheyenne Cañon’s Silver Cascade in Colorado Springs near Helen Hunt Falls and their own private, man-made ice climbing wall near Eleven Mile Reservoir.

“We have a contract with the Pikes Peak Council of the Boy Scouts. They have a property up near Eleven Mile Canyon, which is about 45 minutes west of Colorado Springs. Up there we have anywhere from a 40 to a 60-foot northeast facing wall that is in the shade all the time. We pump water to the top of it and spray it down in different locations— we call it ‘ice farming’— to create our own climbing wall,” Shelton said.

The ice flows in Clear Creek Canyon have some Colorado-esque names including “Beer Garden,” “Coors Light” and “Coors Ultra Light” among others.

Other than the obvious, ice climbing is different than rock climbing in that it takes different equipment to be able to scale an ice flow. Some say ice climbing is easier because you can make your own foot and hand holds wherever it works for you— there’s no stretching to reach that tiny ledge four feet above your head. 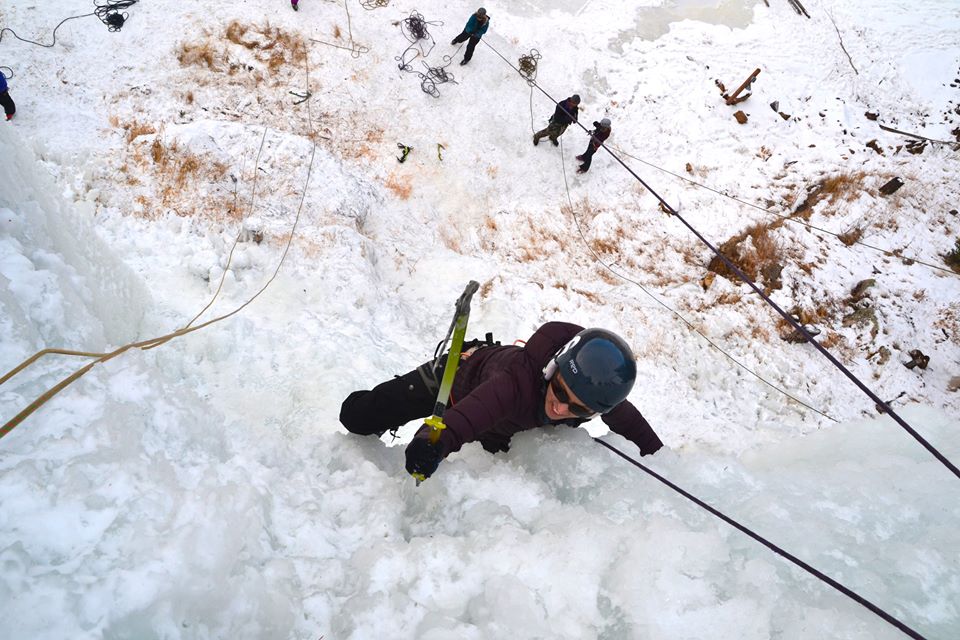 Many of the ice climbing companies and flows have already shut down for the season including ones near Ouray, Colorado. Shelton explained, “we must be doing something right because we still have ice” and if we get another freeze, the flows near Denver and Colorado Springs might be ready to climb again.

For a complete and detailed list of Colorado’s best ice and rock climbing, go here.