Hanson to Play Summit Music Hall in May

What has Hanson been up to in the 25 years since the release of their first studio album, Middle of Nowhere? A lot. Since their first hit single “MMMBop,” the brothers have gone on to release six studio albums and sell over 16 Million albums in total. The band started making music in 1992 and released their first album Middle of Nowhere in 1997. They created their own independent record label, 3CG Records in 2003. And if that weren’t enough, the band also decided to shake up their brand in 2014 when they founded their own beer company, Hanson Brothers Beer Company – with their flagship beer notably titled, “Mmmhops.”

They’re kicking off the North American leg of their Middle of Everywhere 25th Anniversary Tour in Tulsa, Oklahoma at their own Hop Jam Beer and Music Festival on May 21. Hanson will be in Denver at the Summit Music Hall on Saturday, October 17. Presale for all locations begins March 14. Lookout for their their latest collection Middle of Everywhere – The Greatest Hits due out later this year. 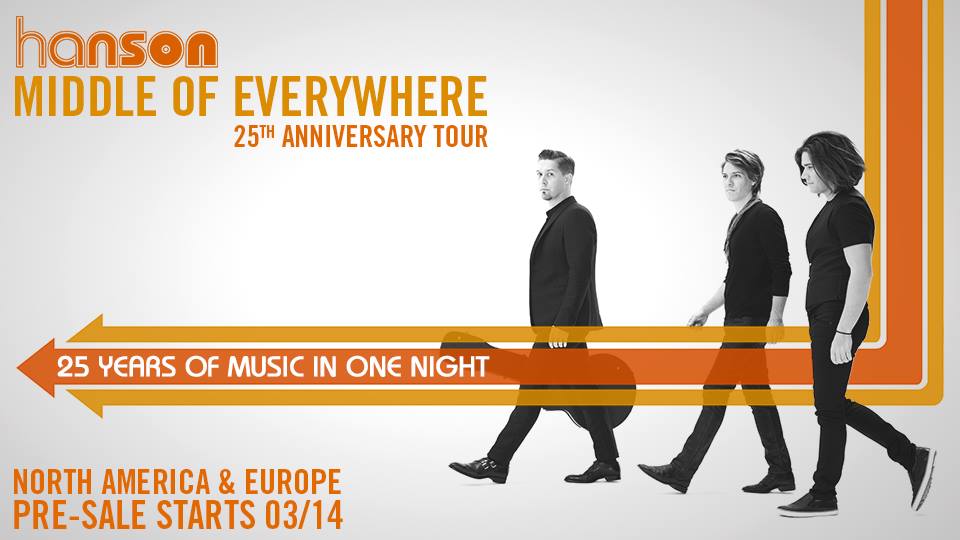