Oh, love was sure in the air this Valentine’s Day in Denver, Colorado!  And who better to celebrate the holiday with than the one and only, Sting.  Every couple between the ages of 35-55 living in the Denver Metro area made their way to the Fillmore Tuesday night for an evening with the iconic singer.  He could have sold out the 1st Bank Center, so you can imagine how packed the Fillmore was with lovers.  Needless to say, there couldn’t have been a more perfect place to be on V-Day than at this concert. 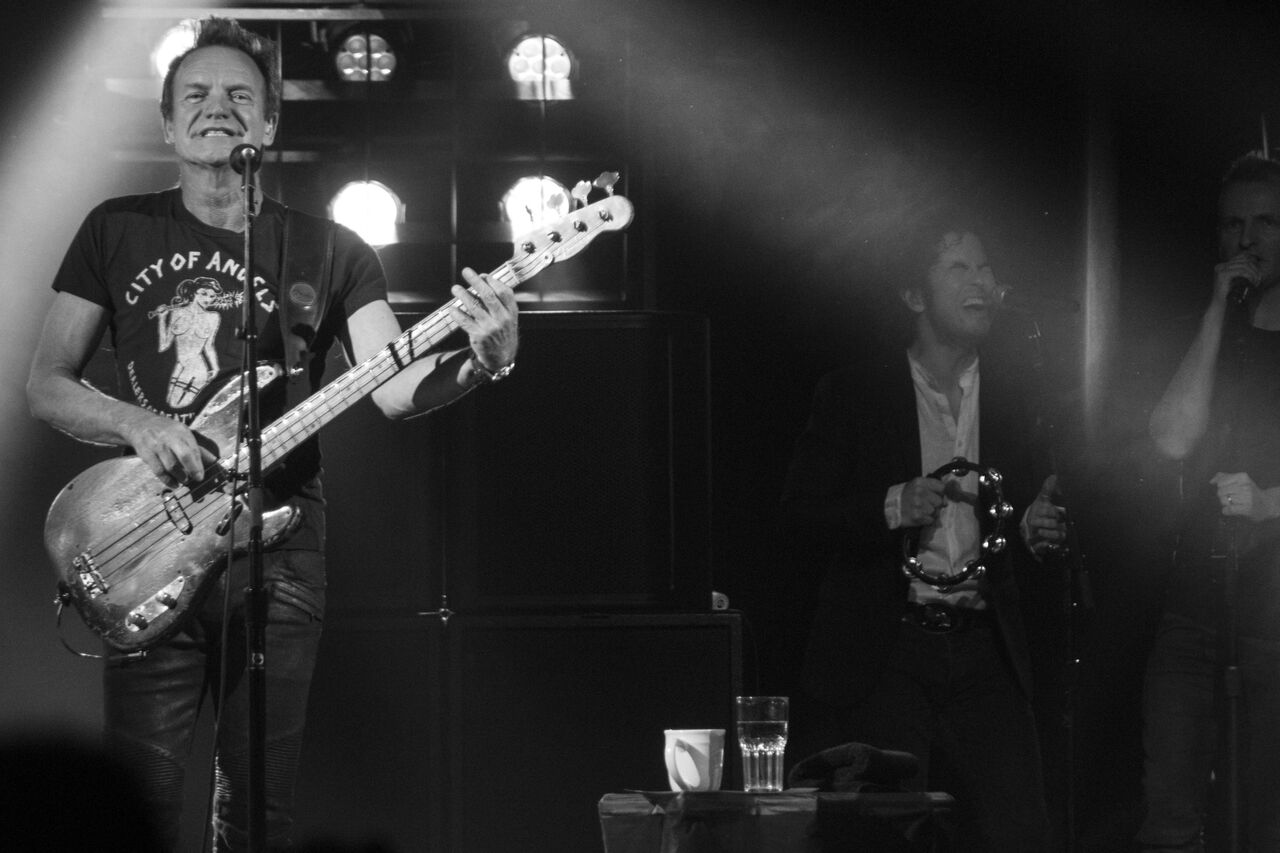 Supported by opening acts Joe Sumner and The Last Bandoleros, Sting showed his gratitude for his fellow musicians by sitting in on a couple of their own songs, and inviting members onstage during his headlining set as well.  The collaborations fared well for all musicians involved, with one of the early highlights of the evening being Sting’s tambourine skills during a performance of what The Last Bandoleros introduced to the crowd as their first recorded single.

The first two songs of Sting’s set, which kicked off promptly at 9 p.m., were “Synchronicity II” and “Spirits in a Material World.” The hits were greeted by boisterous applause from a crowd not necessarily accustomed to partying past double digits on a work night.  Feeling the love, Sting took a brief moment to introduce his bandmates, which always speaks volumes about the character of whichever rock star is front and center.  Longtime guitarist Dominic Miller, guitarist Rufus Miller and drummer Josh Freese were brought into the spotlight before the foursome ripped into Sting’s extensive live catalogue for another hour and a half. 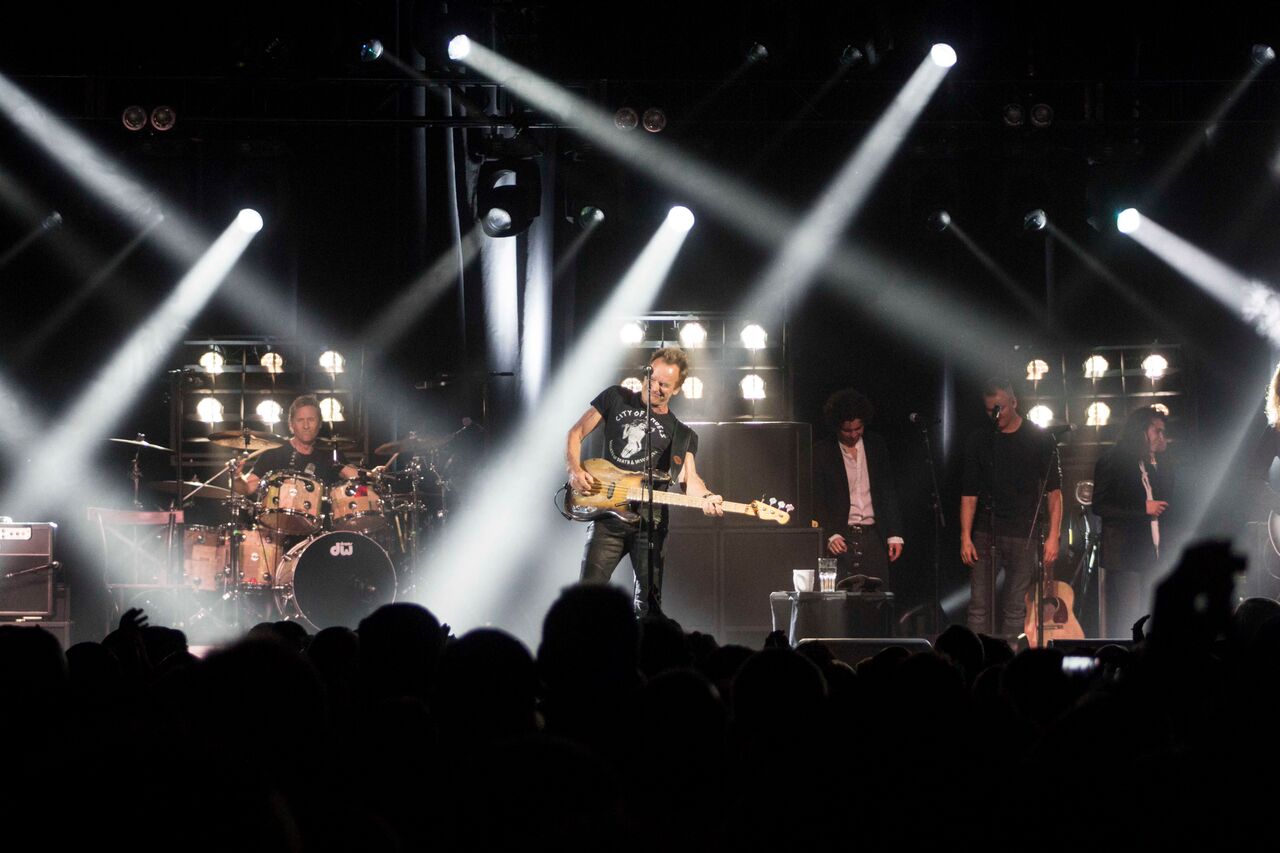 Though I’m lucky enough to frequent concerts of iconic musicians, I was surprised at how amusing the Fillmore’s crowd this night turned out to be.  Blonde cougars in tight black tops girlishly throwing their arms in the air with each drumbeat, men in suit jackets and glasses awkwardly swaying their women with one hand and balancing their cocktail-in-a-plastic-cup with the other – but the best was the plump 40-something behind me screeching the chorus of every song until, eventually, I was forced to relocate.

Throughout the evening, Sting and his band would cover the good stuff, the old stuff, the new stuff.  The name of his new album and also the tour’s namesake, 57th & 9th, was debuted in Denver with a couple tunes, two of which being “I Can’t Stop Thinking About You” and “One Fine Day.”  Old stuff was covered as well, with “Englishman in New York” and “She’s Too Good For Me.” 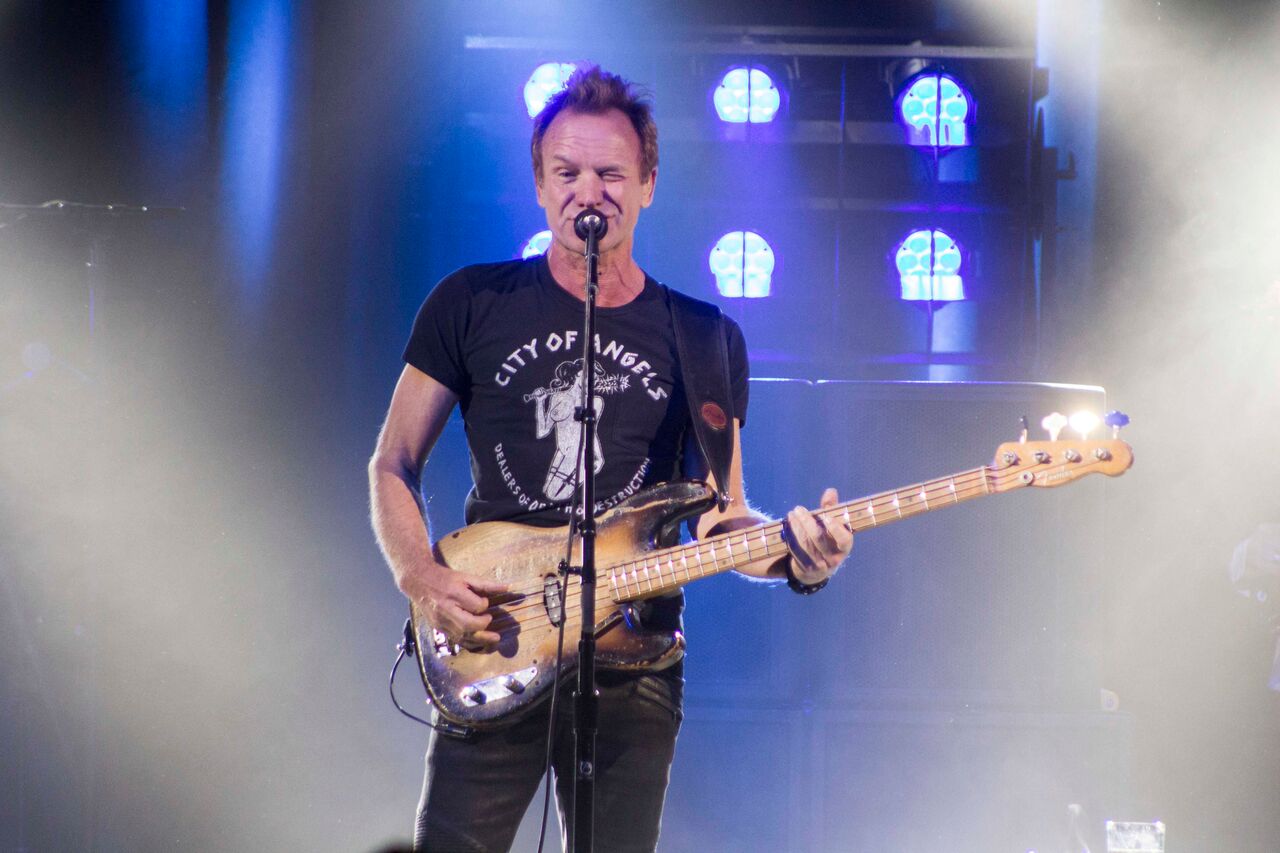 Like any experienced rock star, Sting knows relevance is key, and the best was prudently saved for last.  You’ve never heard the Fillmore so quiet than when Sting led his band through the lovelorn “Shape of My Heart,” or The Police’s sensual mega-hit “Roxanne.”  During the second half of his set, covers of Bowie’s “Ashes To Ashes” and Bill Wither’s “Ain’t No Sunshine” were played in-between Sting originals.

The end of the evening came with the most savory moments so far, including “Walking On The Moon,” “Message In A Bottle” and the tantalizing “Desert Rose.”  At just around 11 p.m., nostalgia was everywhere; and romance was in the air for what turned out to be one of the more interesting, amusing and overall epic Valentine’s Days I’ve experienced to date.