The skank comes out at night. No, we don’t mean scantily clad ladies — we mean the jiving groove of every ska fan in Denver last night at the Ogden Theater. Celebrating Reel Big Fish kicking off their Turn the Radio Off tour in town, fans broke out their Hawaiian shirts and fedoras, and rooted to the entirety of the 21-year-old album of the same name. 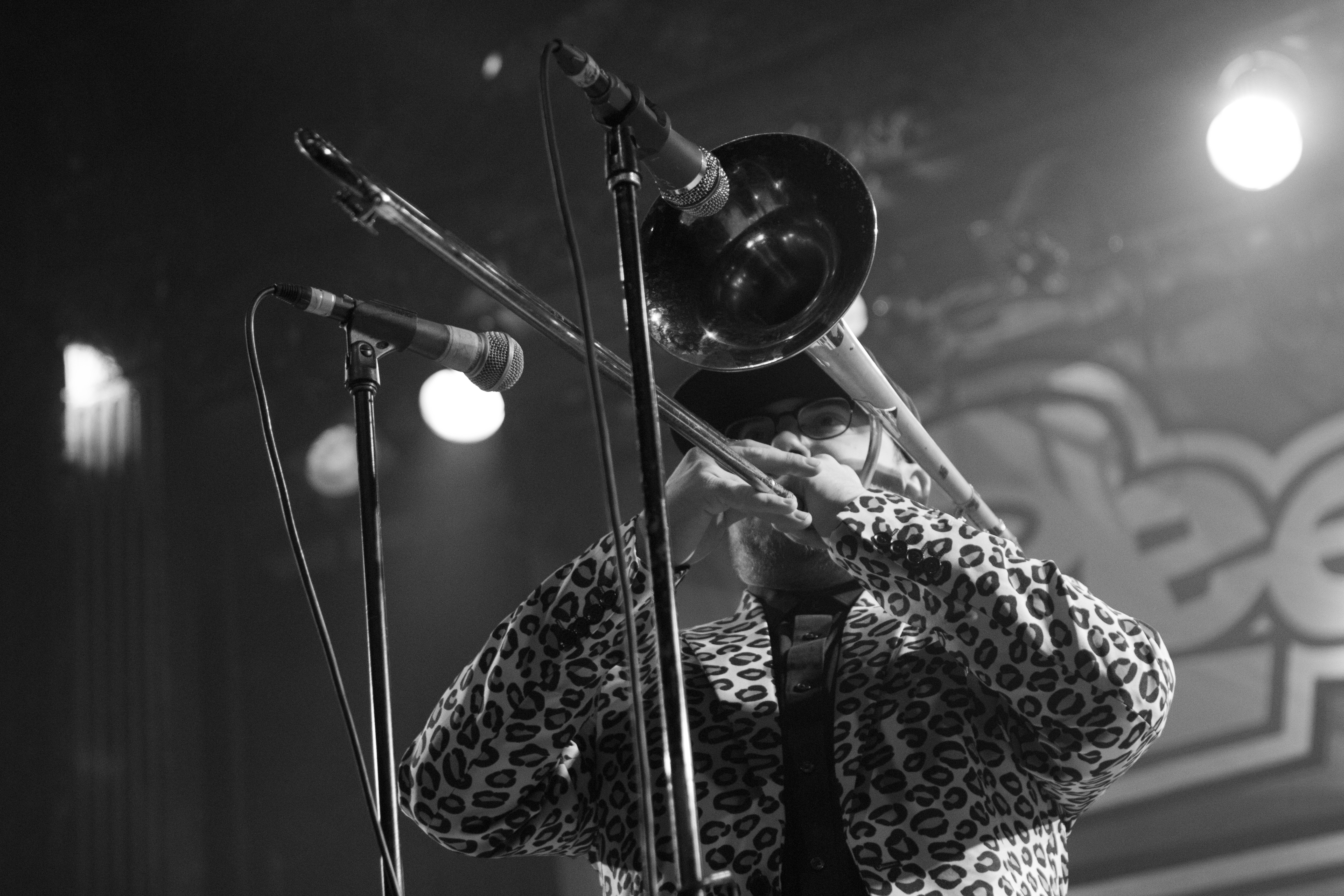 Although Direct Hit and Ballyhoo took the stage first, the show didn’t really take off for the evening until vintage punkers Anti-Flag brought their tattoos and tight pants onto the platform. Opening the set saying by “Denver, let’s respect each other and take care of one another,” everyone could sense the direction of the notoriously political and angst-ridden group.

The rockers electrified the crowd in front of an upside down flag, their signature symbol for expressing their deep anti-government, anti-imperialism and sociopolitical sentiments. Playing most tracks from the more than two decades old album Die For The Government, the four musicians were greeted with massive sing-alongs from the audience. 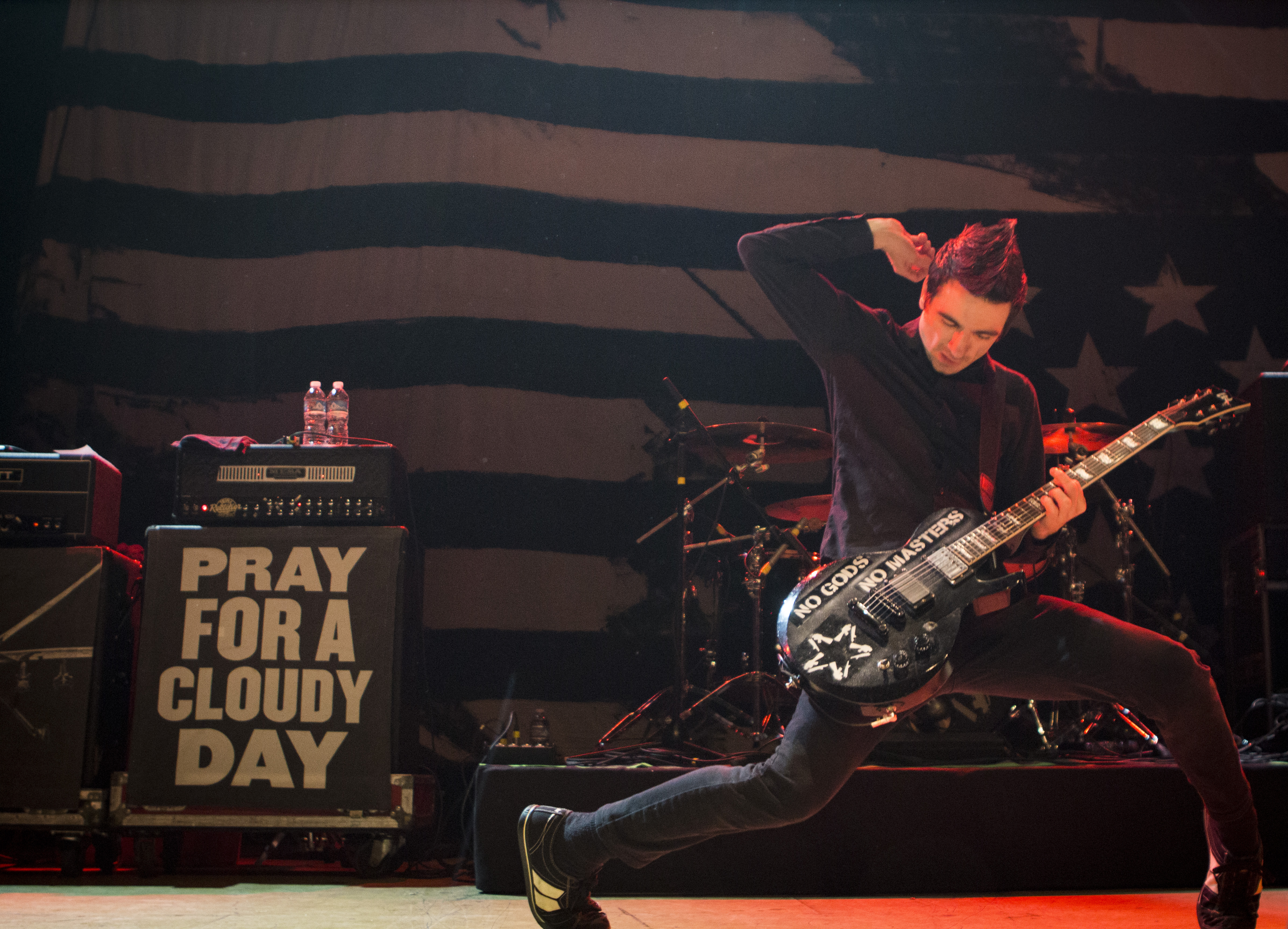 “We made that album 20 years ago when we saw an interview with a boy who grew up on Madison Avenue…” said Justin Sane, the groups lead vocalist, of how Donald Trump inspired them to speak out against bigotry in the United States. “1 Trillion Dollar$” and other songs from differing albums were also featured, furthering their message. Concluding the show by moving the lead guitar and drummer into the photo pit, the boys rocked their set to completion as punk as possible. 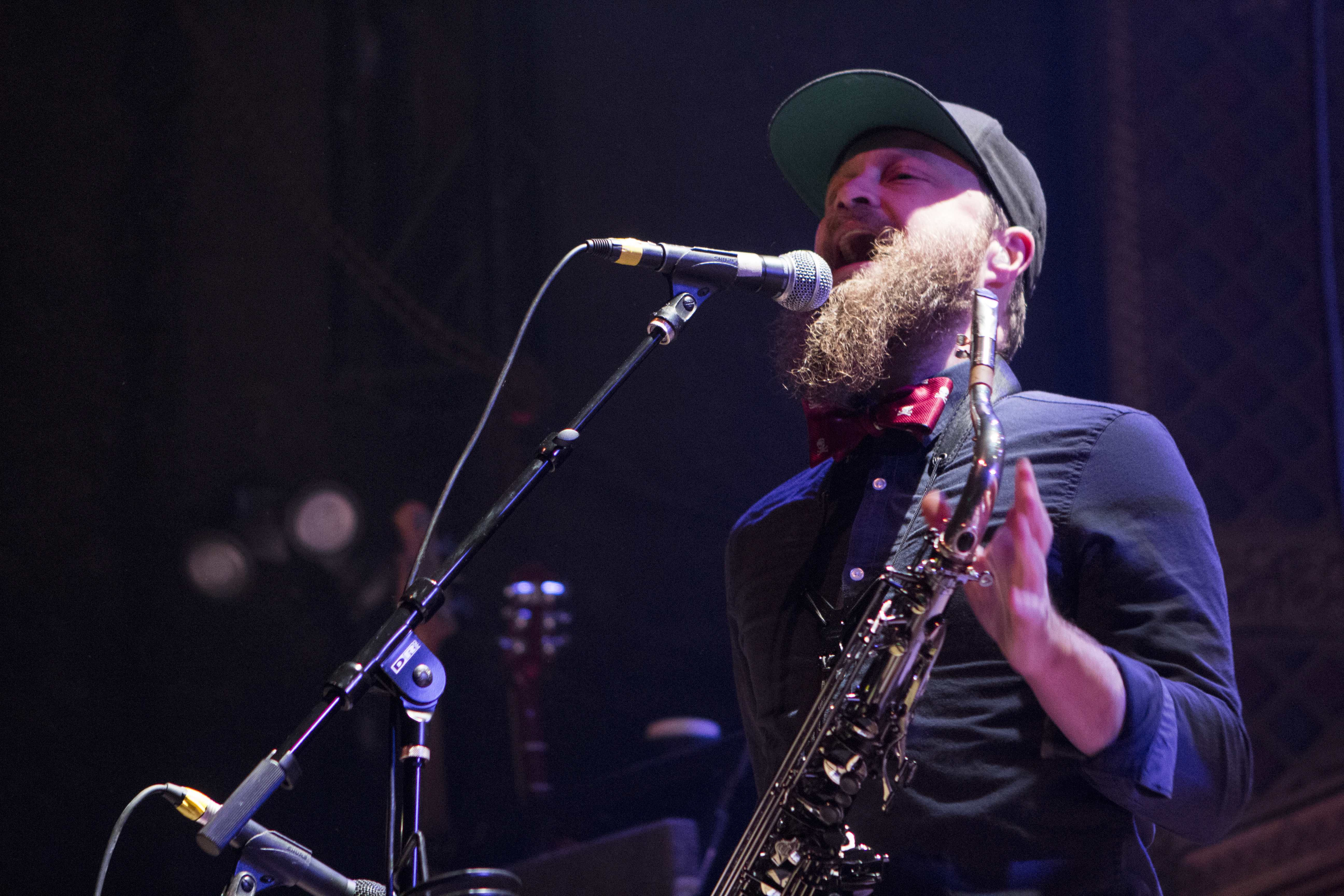 After a quick set break, the filled room was ready to switch gears from angry, political activism to happy, bouncing dances and cheery lyrics about wanting girlfriends. Reel Big Fish made their grand appearance to the night by jamming “Final Countdown,” dressed to the nine in your typical ska garb. Saxl Rose, Johnny Christmas, Billy Kottage, Aaron Barrett, Derek Gibbs and Ed Larsen all lined the floor above their massive sea of loyal followers who braved the snow to rub sweat with strangers.

“So I’ll guess we’ll just get into it then,” said Barrett of playing the album from start to finish.

“I Want Your Girlfriend To Be Mine Too,” “Kiss Me Deadly” and “Another F.U. Song” kicked off the show before Barrett announced that they would be playing their Turn the Radio Off album in its full entirety. From “Sell Out,” to “She Has a Girlfriend Now,” to “Snoop Dog, Baby” and “Everything Sucks,” to “Skatanic” and “Ill Never Be..” each song skanked out in a perfect ode to the classic recording. The horn section disco-danced, do-si-doed and ran in circles across the stage to each number. It was a mirrored performance of the album everyone has adored for years. 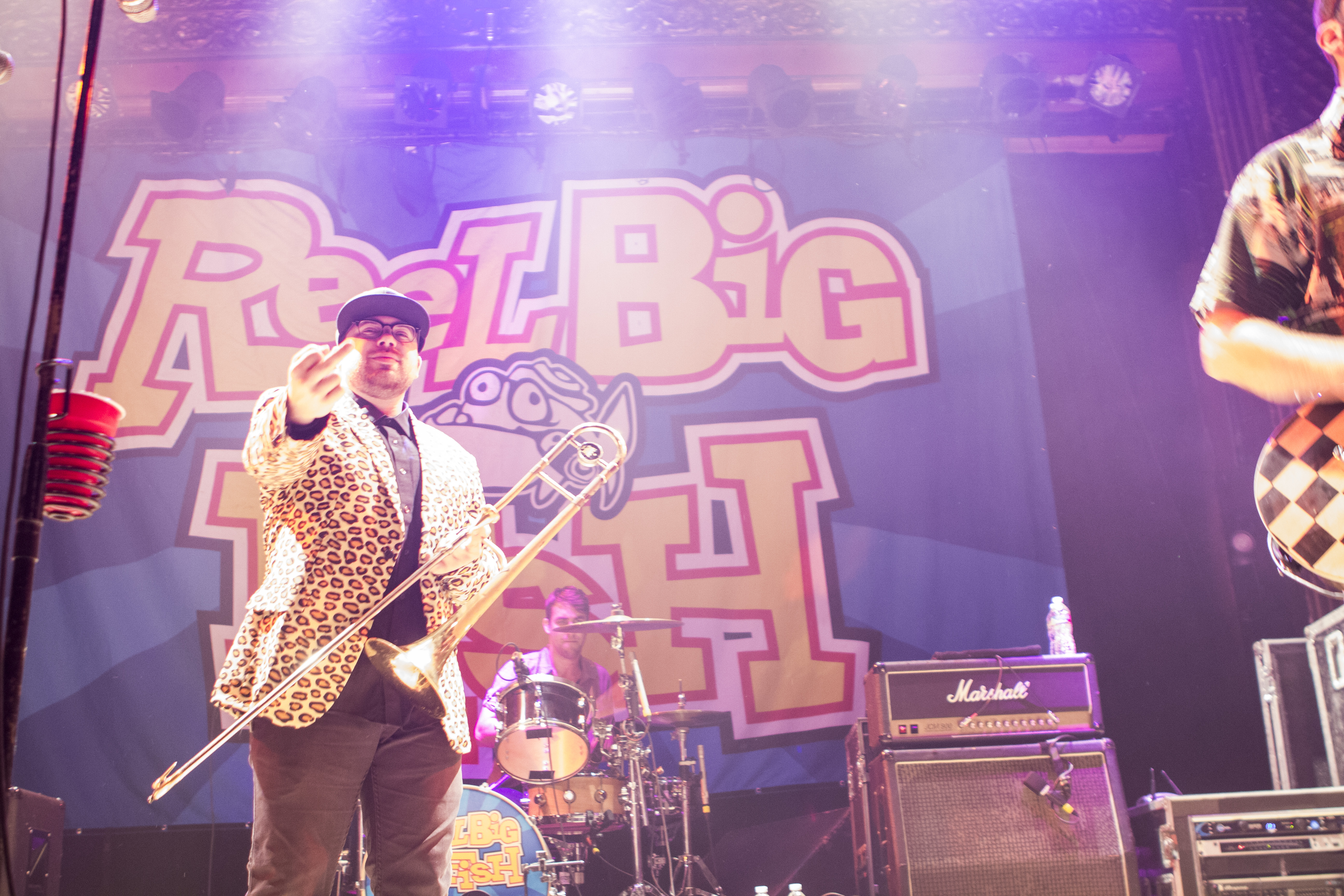 However, one thing was missing. What was it? What was that empty feeling? Just kidding, the conglomerate of Reel Big Fishers all knew that even as they wrapped up the last lyrics of Turn the Radio Off, they were owed one more tune. The tune of all tunes. “Beer.”

“We always have a good time, especially in Denver,” Johnny Christmas hollered out after their finished set.

After a microscopic walk off of the stage, Barrett rejoined the patrons strumming “I’m Cool” from backstage. “Everyone Else is an Asshole” and “Where Have You Been” continued the encore set until the single most important cover in all of ska finally peeped out. “Take On Me,” a rendition that Reel Big Fish has completely made their own, ended the event as blissfully as any fan could expect. The heat from the warm Ogden spilled out into the freezing streets of Colfax, and the dancing continued out in either direction.

All photography by Kenneth Coles. See the full gallery here.