Review – Frank Turner Reminded Us that We’re Not Dead Yet

The only positive thing that came from my Tinder spree was Frank Turner. I wish it was in the form of a date with the handsome Brit. But in fact, a mustached Fort Collins bro deserves the credit for introducing me to the intelligent, effervescent and talented Frank Turner. While our romanced fizzled sometime after dollar tacos and a lack of chemistry, my love affair with Frank Turner continues to this day. 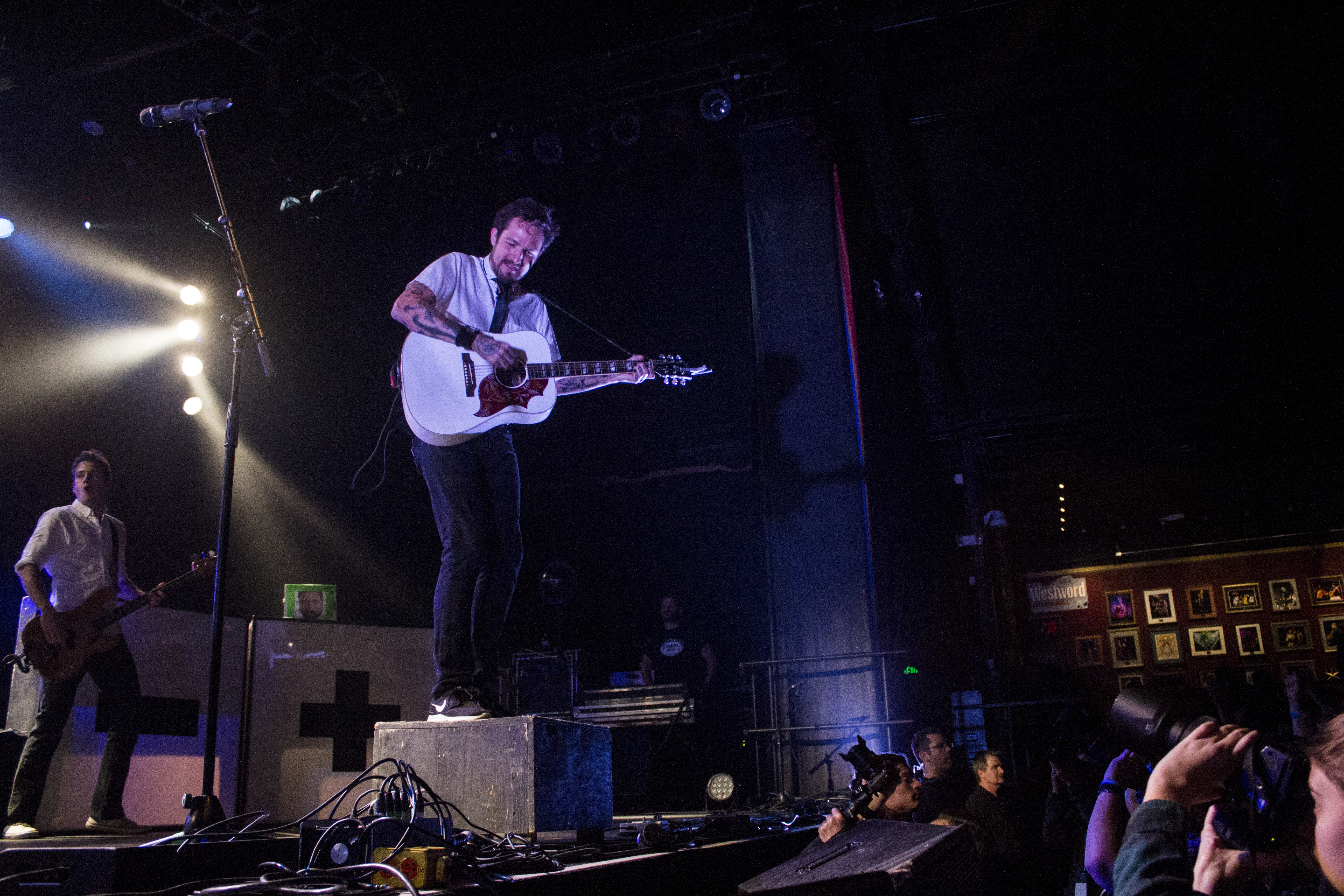 Frank Turner is nostalgia wrapped in wit, dripping with musical talent and finally topped with a charming half smile that could convince one to do almost anything. Because of this, his fans are faithful. Some patrons drove from states away just to see the man play for a few hours. Others marked Wednesday night’s gig off as their fifteenth or twentieth Frank Turner show. 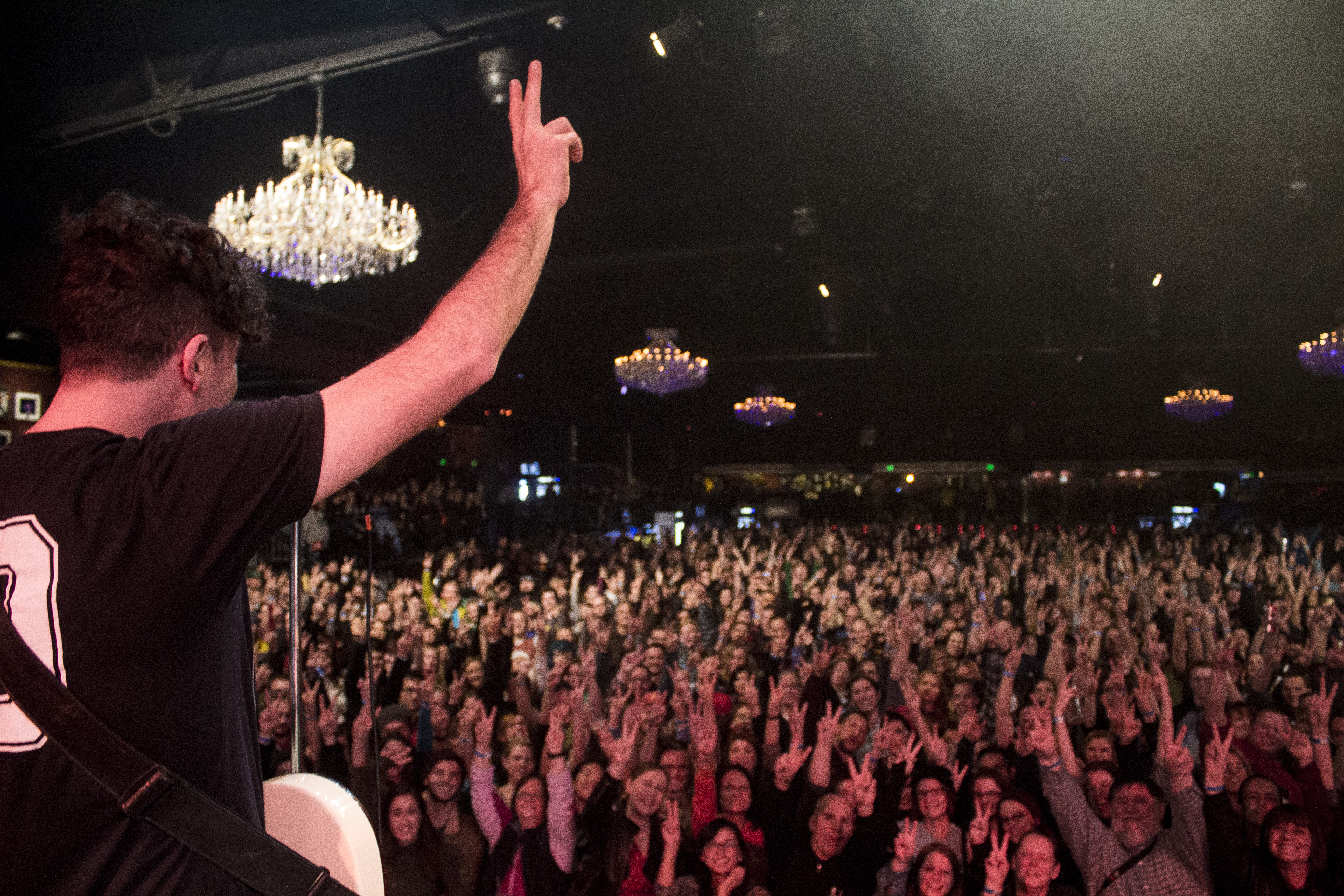 The Arkells – one of three openers for Frank Turner and The Sleeping souls. Photo by Kenneth Coles.

Frank Turner has graced Denver with his presence three times in the past year and a half. We couldn’t be more thrilled and we hope he continues to do so. On Wednesday, January 25, he took the stage at The Fillmore with The Sleeping Souls. While his shows are always high energy, complete with crowd surfing, spilled beer and random arms thrown around sweaty shoulders, Wednesday’s show introduced a new element. It was tinged with a sort of sadness and fear that these past months have brought out in many of us. Turner didn’t let that moment slip by and instead confronted it head on, saying “It’s an interesting time to be in America…We need tolerance, kindness and compassion.”

Turner is absolutely right. The songs played last night spoke to the softer side of punk rock, if there is one. He played songs from all walks of his musical life since forming The Sleeping Souls. He sang a lot of crowd favorites off of England Keep My Bones and Positive Songs for Negative People and even did my favorite throwback “Long Live the Queen” from the album Love, Ire & Song. It was a concert for Frank fans of all time and place – newbies to the scene and die-hard fans all had something to enjoy. 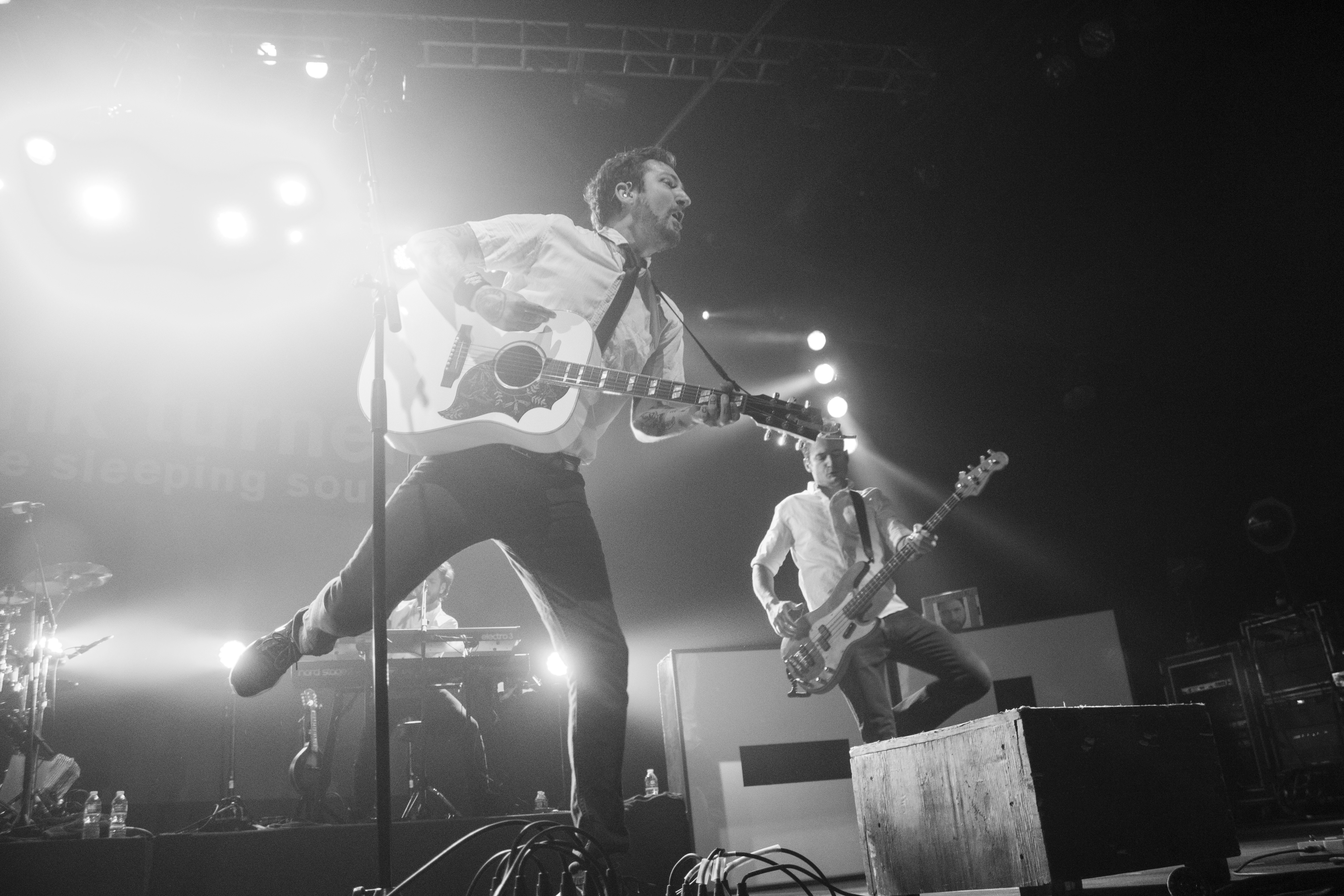 I can never definitively say what I enjoy more at Frank Turner shows – the audience or the artist. There were hardly any phone screens in the air. Everyone was present and enjoying the moment sharing in the collective experience. During the last song, Turner asked that everyone run across the dance floor towards the other side, and careen into a stranger, arms open wide, accepting and giving as many hugs as we can. Sure it was cheesy and silly. That’s what we needed Wednesday night. That’s what we need right now and Turner knew it.

Frank Turner and The Sleeping Souls are amazing performers. They were all over the stage, interacting with each other and fans alike. Turner even choreographed a crowd surf with an incredibly fortunate volunteer, sending him all over the floor of the Fillmore. At the end of the show, Frank Turner gave us his four best songs, the last of his energy and a message of hope that we could take out into the biting night, warming us from the inside for as long as we wanted to let it. 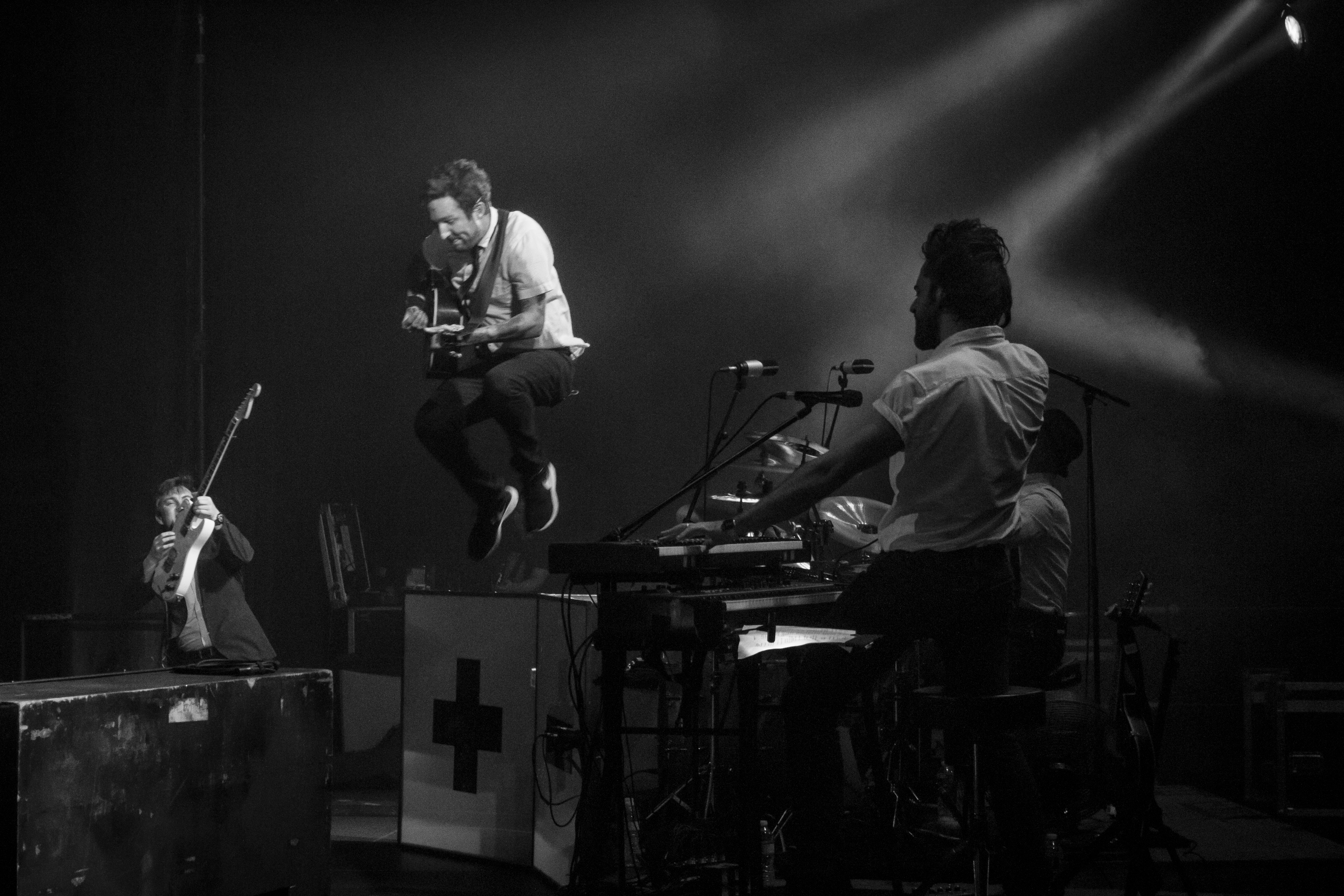 “Get Better” was a perfect parting gift reassuring us of the most important thing – we’re not dead yet. So not matter how bleak the world may seem, no matter the monotony of our jobs or relationships or routines, we soldier on. We spread light and warmth and joy to all we can because that’s our purpose. As long as we have air in our lungs to breath and talk and sing, we’ll belt the words of acceptance and love right back to Frank Turner like they’re the only words we know. When they are in fact, the only words that matter.

Come back anytime you like Frank Turner. We miss you already.