The music, culture and scenery of Colorado seem to all go hand-in-hand. There’s a reason the genre of folk, singer-songwriter and indie music flourishes here — it seems this music is flooded with a sense of place. And that’s exactly how singer-songwriter Gregory Alan Isakov describes his music. He recorded an album with the Colorado Symphony in the summer of 2016, and the recording came from a live symphony performance to an empty orchestra hall. 303 was able to speak with Isakov about his music and this recording, and I mentioned how in awe I would be to hear a full symphony ring out to such silence. Isakov agreed. Perhaps not only sense of place enters his music, but also space. But his craft does not stop at that of a musician — he also owns a farm in Boulder county. Musician, farmer and a man with both an self-effacing and humorous disposition, Isakov seems to be a modern renaissance man. You can grab tickets here to see his unique performance with the Colorado Symphony on Thursday, January 12 and Friday, January 13. 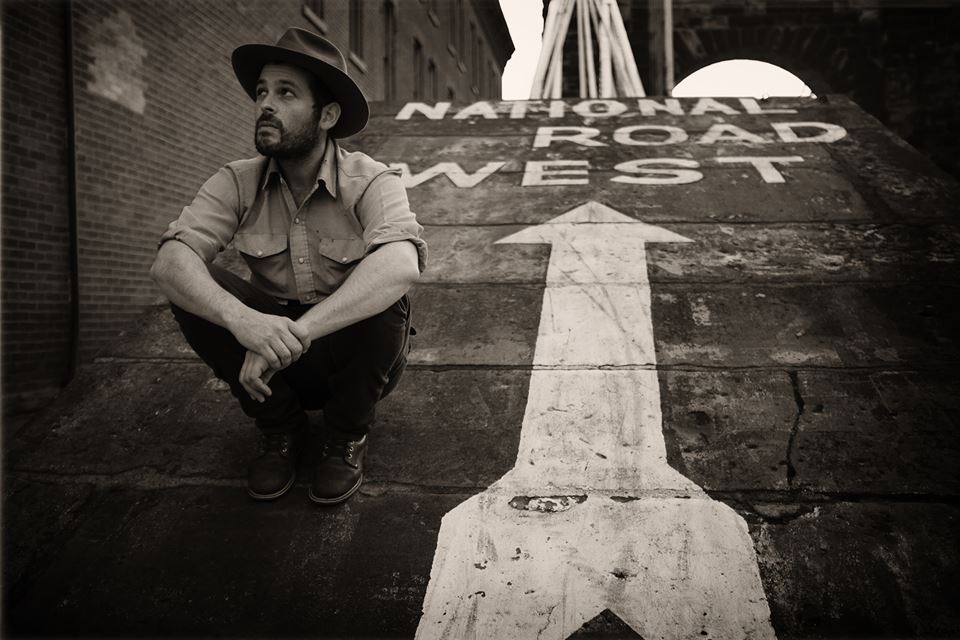 303 Magazine: How did recording an album with the Colorado Symphony come about?

Gregory Alan Isakov: You know for me, I never thought it’d happen. It was one of those bucket list ideas I had and a few years ago, we played together in Boulder at a venue called Chautauqua and the organizer of the symphony was there and we were like let’s [create a record]. Six months and a year later, we played at Boettcher Hall and have played five times since.

We thought we’d do a live show record. I’m not a fan of live records. A lot of times I feel…it’s never been a goal of mine and I’m not sure if the space would be there that I use in my recordings. We recorded a show, and I really liked it and we toyed with the idea. And I liked how the songs sounded in an empty space from rehearsal.

I love the way these [songs] sounded with no one in the theater. We recorded all the arrangements in two days. We wanted to call it “Live with Colorado Symphony with Nobody” (laughs).

303: Your album with the symphony is comprised of previously released songs. Did you enter these songs in a new way or see them in a different light with the orchestra addition?

GI: Yeah, they sound totally new to me. I thought the symphony added so much depth. And Tom Hagerman [of Devotchka] and Jay Clifford did an awesome job relaying the songs with the symphony and keeping spaciousness.

303: How did you select the songs for the album?

GI: I just went through…picking songs for a record, I always create 19-20 songs and whittle it down to elevenish. When I listen to something, does it still make me feel something after sitting for several months? And the first 12-13 I chose, and some of the songs where I loved the arrangements just didn’t make it on due to technical difficulties. But we’ve been able to play them live.

We have four new arrangements for the performance at Boettcher.

303: What is it like orchestrating such a large production?

GI: It’s crazy — there are so many hands involved in all of this. There are like 75 people involved in the symphony, the workers in the Hall, the band who is rehearsing. Everyone who comes together to make it possible is mind blowing.

303: When writing songs, do you enter the lyrics first or the composition?

GI: I don’t know, that’s a really hard question. I write a lot, it is my practice. I write prose, poems, short stories, just a line here and there. But I guess when I’m working with music, it happens at the same time, you know? I don’t have anything in front of me, but it kind of just gets in me and comes out. It’s a mystery.

I was reading an interview of Leonard Cohen, when he passed away — he’s my biggest hero — he said only some poems are worthy of songs. There’s certain poems that do very well.

303: Will we ever see any poems published from you?

GI: I hope so — maybe, I’ve never really thought about it too much. It’s just how I work and maintain my work ethic.

303: You’ve been creating music for many years now and have built a really solid discography. How has your sound changed and stayed the same?

GI: I always think everything I make is so different. But I’m working on a new record and was showing a friend some of my sketches — and I was like this is so different, I’ve turned left on this — and they’re like no dude, this is so you (laughs).

But I don’t know, making records, they have a similar quality because I picture my audience as one person by themselves. And our shows are way heavier, they have an indie, rock ‘n’ roll vibe but the albums are way more spacious.

“I think I’d go crazy if I didn’t work in the ground. I think a lot of music comes out of that for me. It’s good for writing and getting away from that lifestyle where your staring out a window of tour bus, and not working in the world,” Isakov stated about his farming. 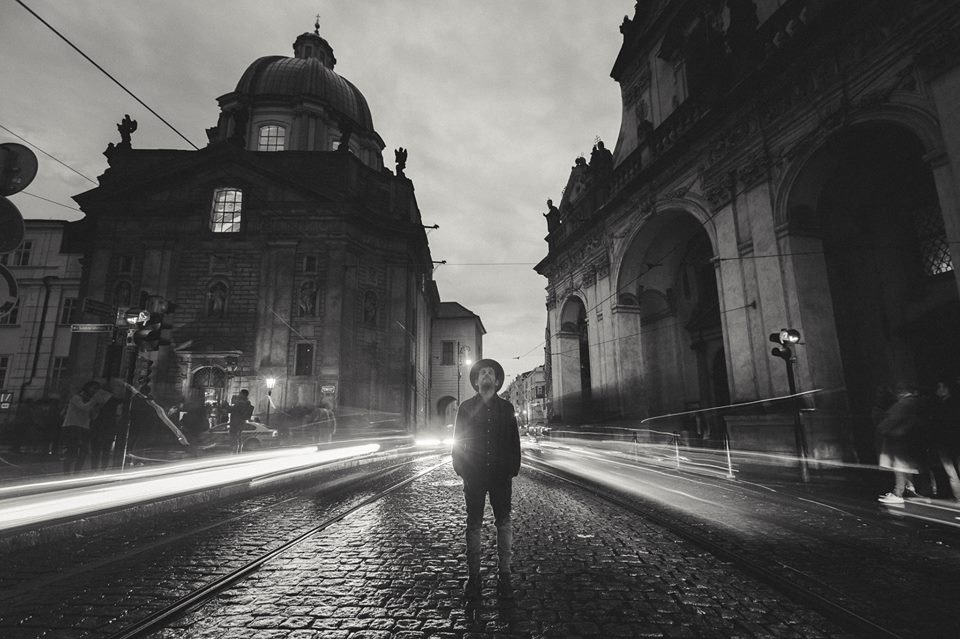 303: What’s your favorite instrument to play? How about to listen to?

GI: I just heard this recording of a Celeste piano. It’s like a piano but instead of hitting strings, they hit bells. Very Danny Elfman sounding. I’ve been writing a lot on a baritone ukulele but I’ll transfer over to piano or guitar.

303: How has Colorado influenced your sound?

GI: A sense of place always makes it into writing. It feels very localized in a certain way. Maybe it’s the landscape or sense of huge open space. I remember the first time I went to Los Angeles, [to] Hotel Cafe — I think this was the first place I played there, and I remember driving through Hollywood and seeing all these palm trees, and I felt like my songs don’t work here. I don’t have that feeling anymore, but it was there the first time I went on tour.

303: You have a farm you tend to out in Boulder County. Do you see any connection or similarities between that of a farmer and a musician?

GI: I think horticulture and growing has been my main craft. It’s what I went to school for, I don’t know why I love it so much or why I’m so obsessed. But music was something I always had for me and people started asking me to come out play more and take out gigs and that took over. But I still maintained farming.

I feel with a lot of musicians, living on tour bus and playing all time, I think it’s easy for your mind and hands to get soft and lose touch with work and reality. I mean, it’s so much work touring but a different kind of work. I think I’d go crazy if I didn’t work in the ground. I think a lot of music comes out of that for me. It’s good for writing and getting away from that lifestyle where you’re staring out a window of tour bus, and not working in the world. I think it’s dangerous for artists to say, “ah I’m an artist, that’s all I do.” It’s a dangerous place. That’s what I experience when I don’t work for long — I feel so weird. 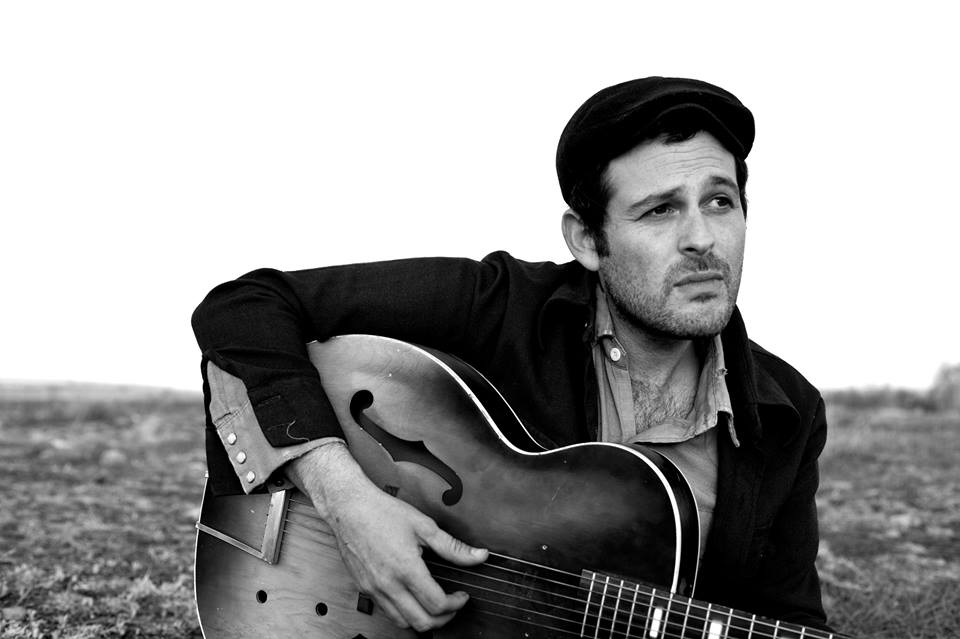 303: What’s a favorite song of yours and could you tell us the story?

GI: Every song that has not made it into a trash can has made me fall in love with music again. But when you are working with a piece of music that is so close and for so long, you work the oil on it, change it around and you have no perspective anymore. I kind of love and hate them all. Just because I can never really hear them clearly. Like okay, you’re kind of my strange child — they all have their own life.

GI: One of my best friends Johannes Wagner, my other friend Ron Scott, and I [were] down in Kerrville, Texas. They have a festival every year with amazing music and people hanging out playing music, and Johannes and I were working on this song about this guy living in a house where his wife died and he couldn’t leave and goes crazy and burns it down.

We are both into Bruce Springsteen and neither of us write like him. He’s a storyteller, like you’re watching a movie. I have a different style, but we were walking on this style. We were sitting on the bed of my truck and we had like, (singing) I will go if you ask me to, and our friend John Elliot walks by and goes, “I’ll stay if you dare.” And he kept walking, and didn’t even hang out.

It was [hilarious]. And so my friend John, Johannes and I all share writing credit. John added more things later but it was cool, I think it was the first time I wrote a song with somebody and had such a cool experience.