Wintry streets and blustering wind, the weather Friday night in Boulder was bone-chilling, but inside the Boulder Theater, warm vibes and smiling faces took over as Ayla Nereo and Wildlight shared their soul-satisfying melodies. Their openers included Scott Nice and Ryan Herr – who actually worked on Wildlight’s acoustic album The Tide. From guitar rhythms to jungle beats, it was the ideal way to open up the night and showcase the tribal mixture that was about to come. 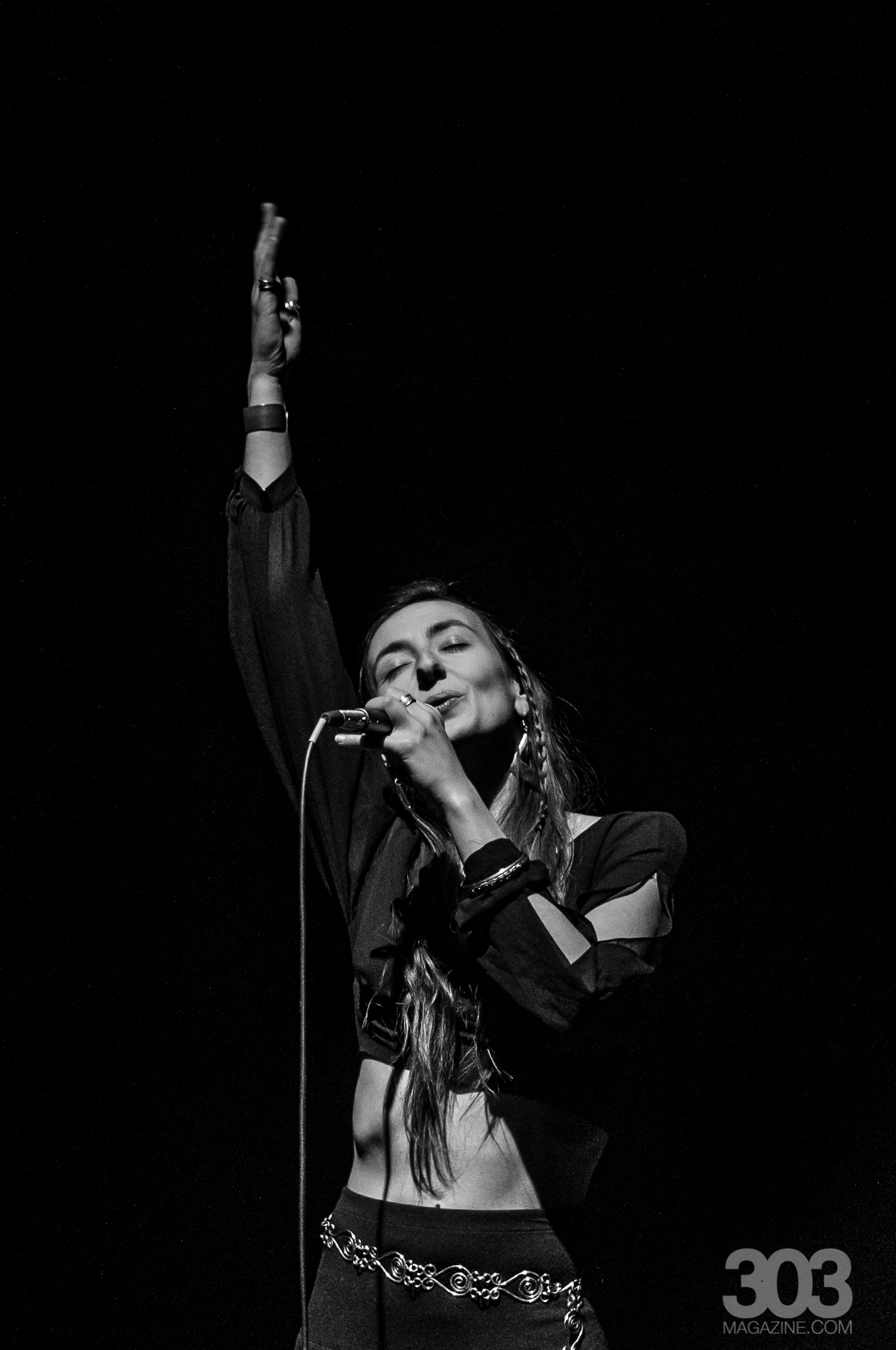 Nereo then graced the stage and her feminine voice called forth ancient storytelling. She dedicated her first song to mother earth and kin, and using just her voice a capella, I really felt like she did touch the winds that surrounded us. Yes, it was quite the hippy fest inside the theater, with dreaded men and belly-baring women dancing around, but Nereo’s talent could not be disputed. She had great mastery over her vocal range, and this took center stage as her band joined her to perform songs from her recently released album The Code of The Flowers. Using looping techniques on her pedal, the crowd effortlessly fell into her spell-binding vocals and poetic lyrics. She used tender wordplay and syncopated phonetics to create an instrument-like performance through her singing. Every song she dedicated: one to the trees, another to water and then one to the Standing Rock effort. “Whispers,” “Tightrope Walker” and “Little Beckon” were just some of the songs she traipsed across the stage to. Nereo danced along to her songs, little movements to push the weighty songs out from her slender frame. 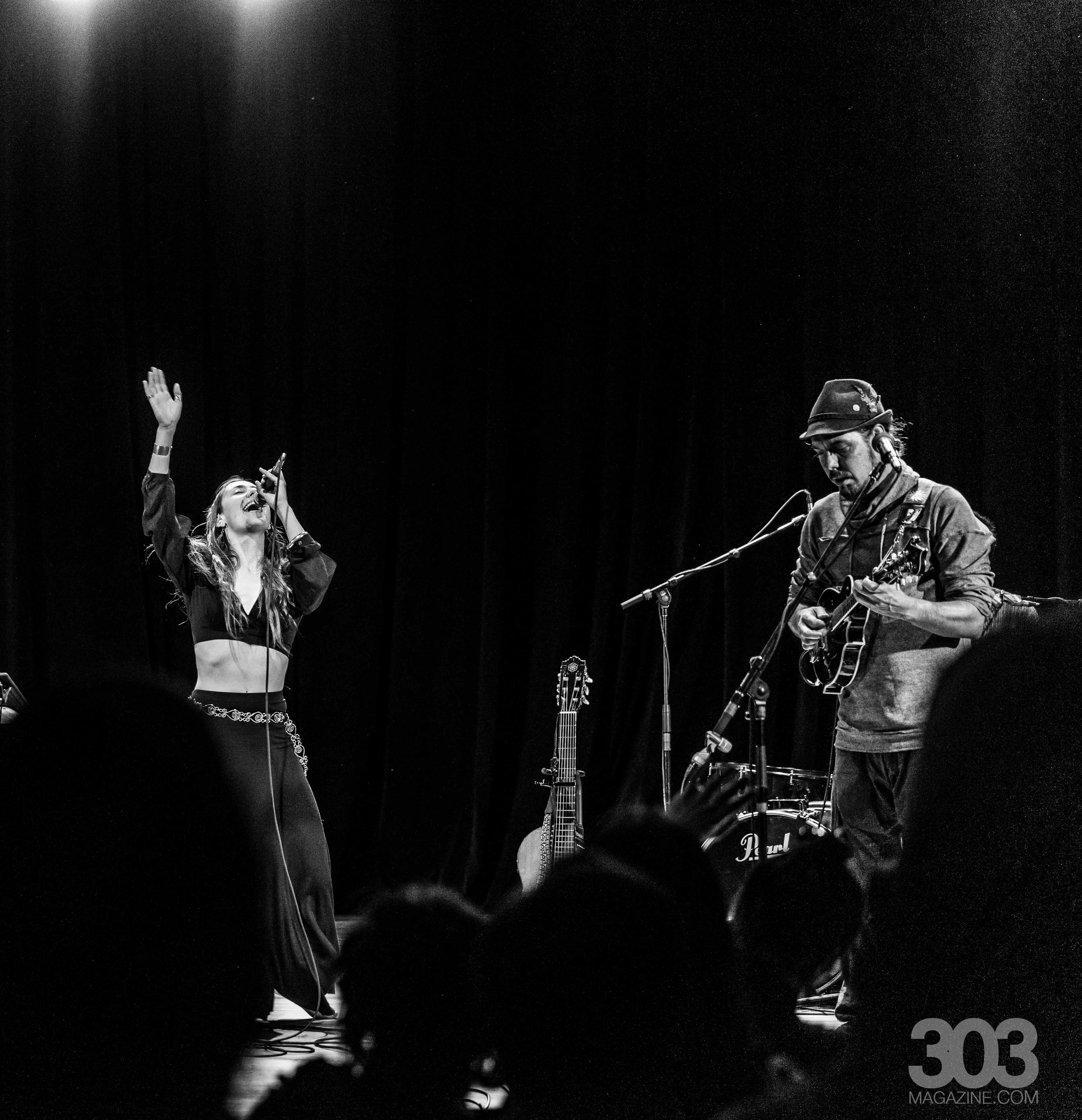 Nereo also performed well-known songs from her previous album Hollow Bone, such as “Show Yourself,” “From the Ground Up” and “Let It In.” For “Show Yourself” she dedicated it to the divine feminine. I thought to myself, that’s a nice sentiment, but then the lyrics pulled it together – “I do not show this skin for you / I show myself to know myself / I show it for the Earth from which I came / my prayer is for you to do the same.” Her dedications for each song were so pure and genuine that you knew she wasn’t doing it for the performance; she was doing it because that’s how she holds herself each and every day, with gratitude to the land we walk on. 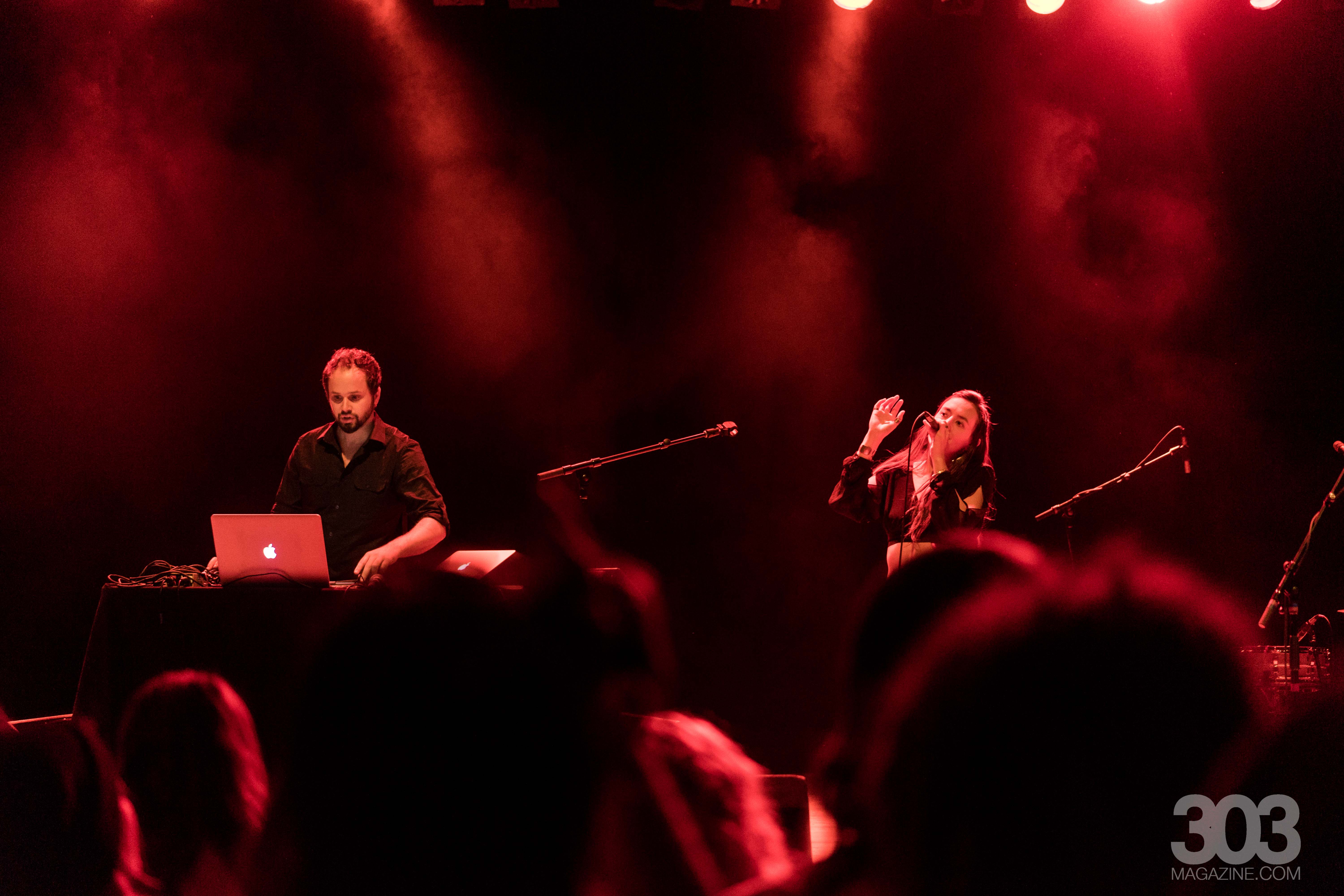 As the night rolled on, Nereo called out David Sugalski (Polish Ambassador) to bring forth their Wildlight set. One could tell the crowd was ready for this – the acoustic set was uplifting and melodic, but now it was time for the surge of energy with Wildlight’s electronic beats. The interaction between the two musicians was (sorry there is no other word for it) adorable. They have been creating music for several years now and the bond between the two was seen through their perfectly choreographed yet improvised dance moves, as well as the sparkling, secretive smiles they shared for one another on stage. The pair danced between songs from their albums The Tide and Hers Was a Thunder. The crowd sang along to favorites like “Twirl Me,” “Conversations Between” and “Oh Love” as they fluidly streamed forth. 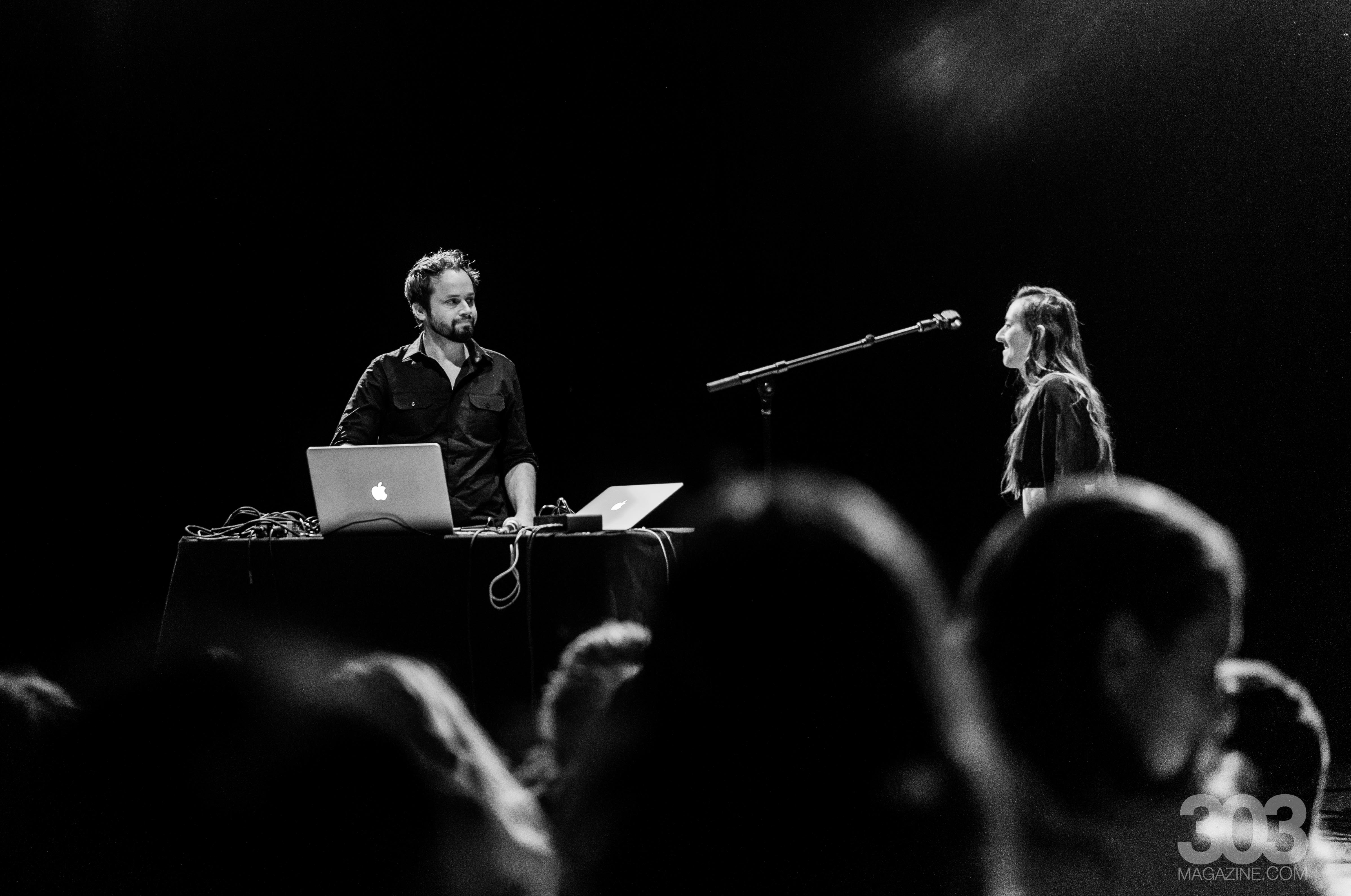 Nereo once again got to showcase her vocals in the song “Rain.” She inhibited the other-worldly as her vocals cast echoes that seemed to call forth ancient music, lore and legend. It was beautiful to hear the blend of modern electronics and story-telling. The pit in front of the stage was filled with dancing bodies who perhaps didn’t register the poetry in Wildlight’s lyrics, but for fans and lovers of their sound, it was not missed. 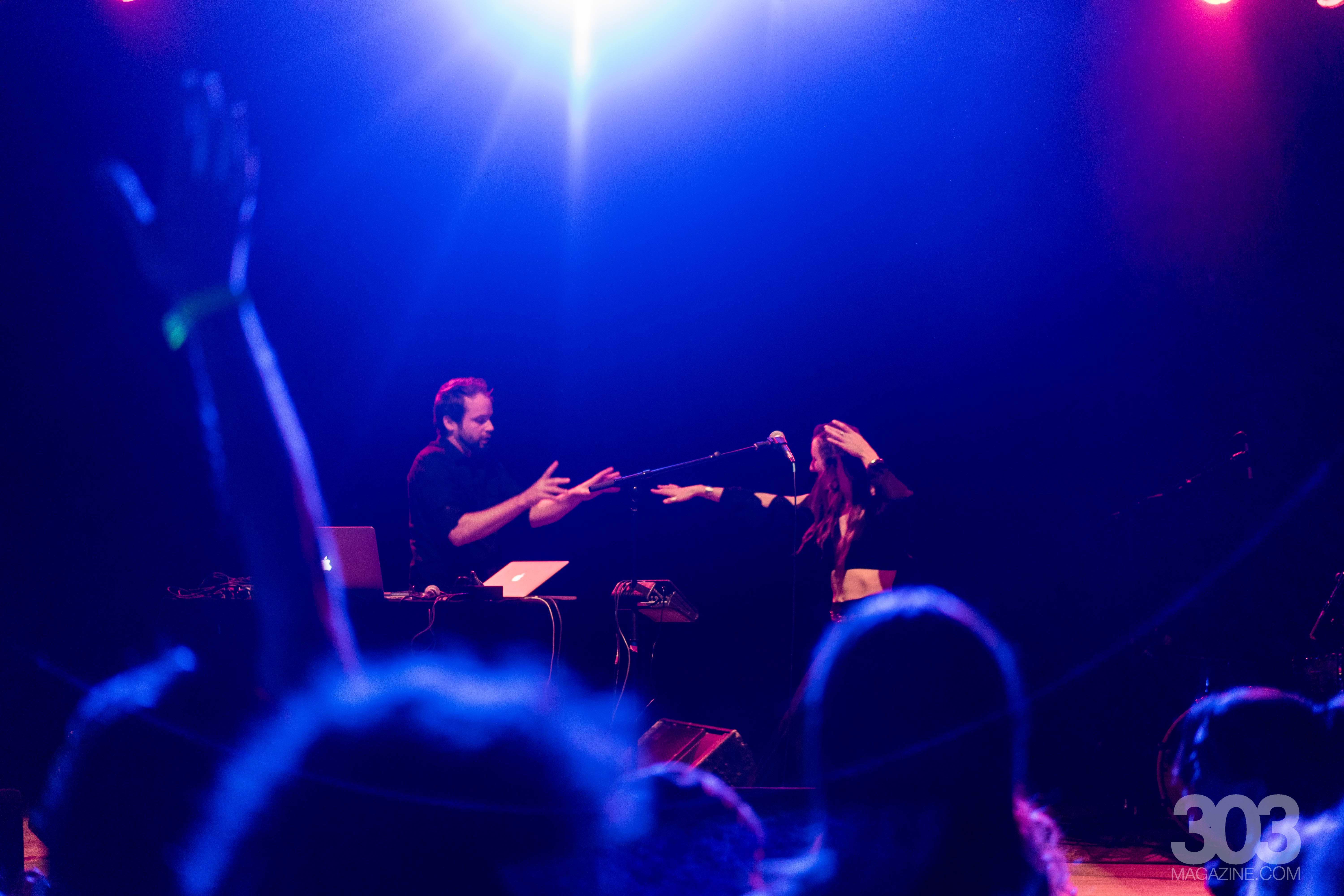 Nereo is hosting a vocal workshop titled “Finding Voice, Receiving Song, & Singing Life” Sunday, December 11, 2016 in Boulder at the Integral Center, and if you missed out on her performance with Sugalski, make sure to grab a ticket here. The duo stated Colorado always feels like coming back home, and I know music lovers will be waiting peacefully until they once again return with their nature-laden lyrics and beats.

All photos are courtesy of Meg O’Neill.