Jeremih Dropped From Tour; No Longer Coming to Denver Tuesday

After a week of boggling antics by Jeremih, the r&b artist has officially been removed from the Summer’s Over Tour with PARTYNEXTDOOR. Happening only two days before a stop at the Fillmore Auditorium in Denver, many fans are disappointed in the last-minute changes. In a recent statement, Live Nation offered full refunds to anyone no longer wishing to attend. 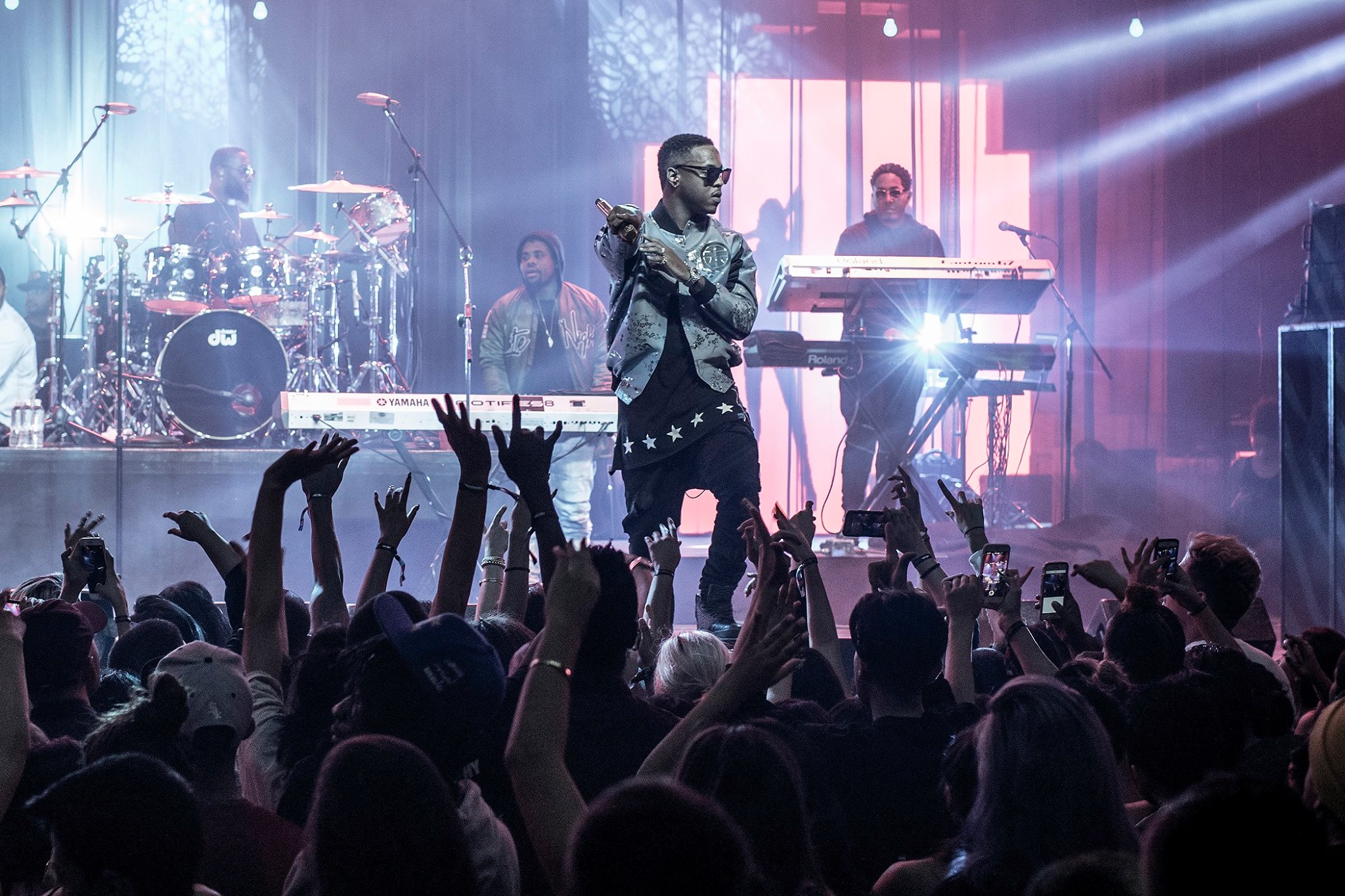 Jeremih’s alleged antics began (for the most part) on December 1 when he showed up hours late for a show forcing PARTYNEXTDOOR to go on first. When he arrived, Jermih performed three songs before dropping the mic and spouting the words “fuck y’all.” He later claimed the sound crew cut off his microphone so the crowd didn’t hear what followed “fuck y’all.” The following day, Jeremih tweeted that venue security had been pepper spraying the crowd.  The show was his hometown performance in Chicago. For his next show in Houston, Jeremih allegedly sent out a body double disguised hood-up in a hoodie to lip sync the entire show for him. On the next night while performing in Dallas, Jeremih is quoted sharing some harsh words with his tour partners:”PARTYNEXTDOOR and his crew are some bitch ass niggas[…] Tell me what I said now? […] Tell him to pay that fake-ass budget they’ve been pressing at night.” The next morning, he tweeted saying that he was “still” on his way to San Antonio, but it was later announced that he was pulled from the lineup. 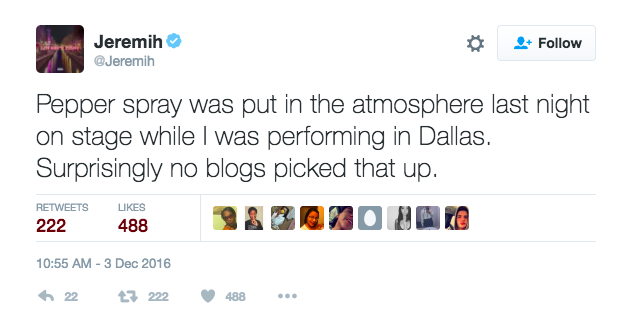 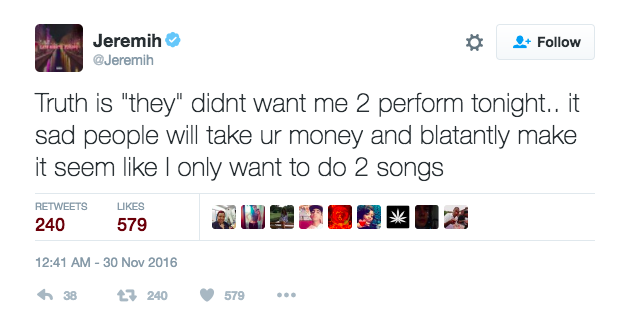 In response to the dramatic week for Jeremih, Live Nation stated: “Live Nation’s top priority is helping artists and performers create great shows for their fans. With this in mind, we’ve decided it’s best for the Summer’s Over Tour to continue without Jeremih, effective immediately. After multiple incidents we are left with no other choice. We do not support these actions or take these actions lightly. Ticketholders may request a full refund at point of purchase, which will forfeit access to the entire show. No partial refunds will be issued.” 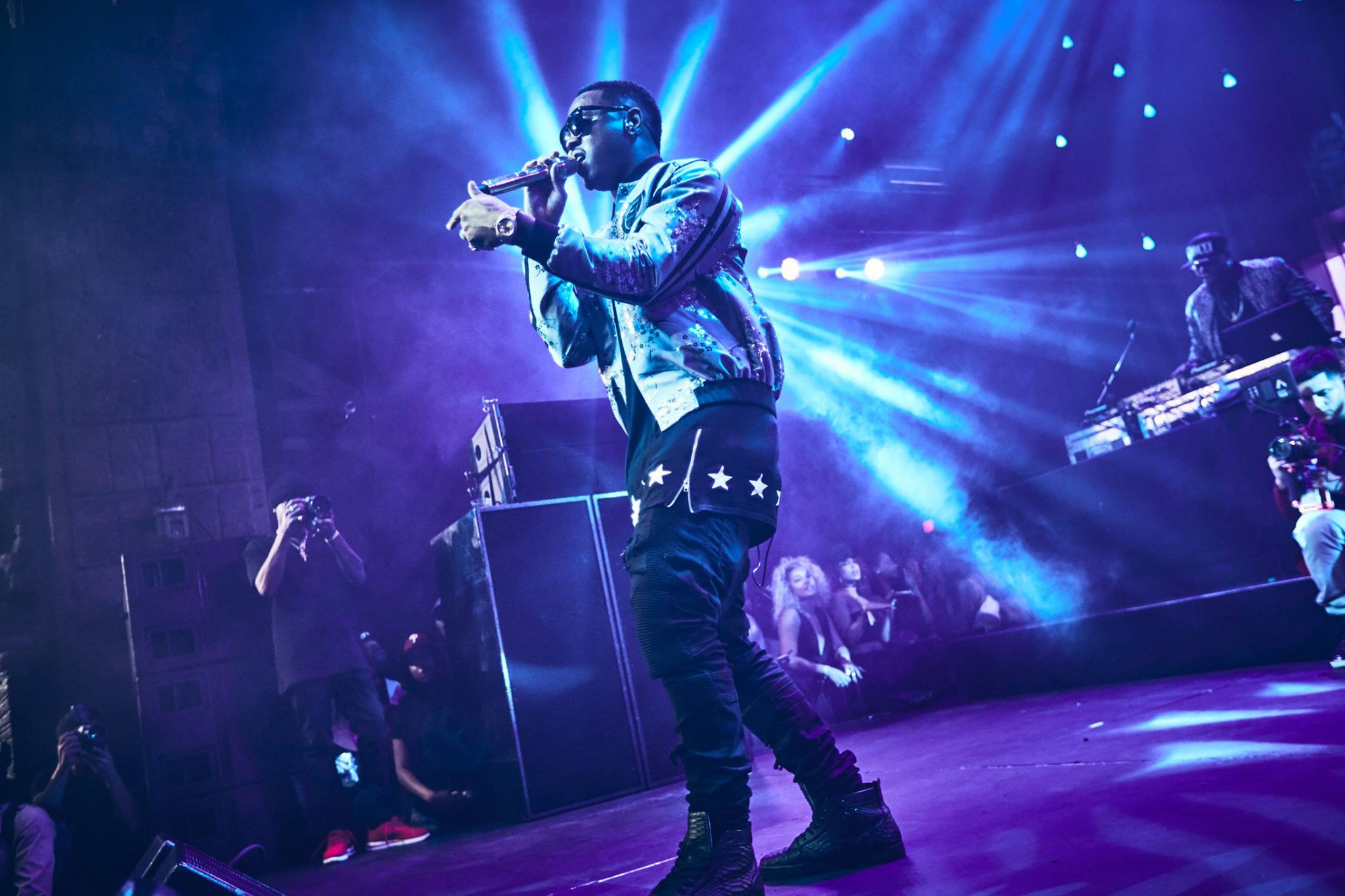