Review – The Force Was With The Naked and Famous

The Naked and Famous hit the road to promote their third studio release Studio Forms that dropped just earlier this month. We scoped out their Halloween show at the Ogden Theater on October 31, 2016 to see if Simple Forms could hold up to the long-lasting success of their sophomore album Passive Me, Aggressive You. The music was the main event but the costumes were a spectacle.

Super-opener Chain Gang of 1974 promoted themselves as being from Denver, the lead singer at one point boasted, “I lived here for 12 years…I started this band here.” The band was not wearing matching old school prison costumes, which seemed like a missed opportunity, but that did not prevent cohesiveness in their sound. All the band members seemed to be enjoying themselves, especially lead singer Kamtin Mohager. Mohager danced like a man possessed and pulled the mic in aggressively to  sing in a smoky and smooth voice then thrashed about wildly, leaving himself out of breath in between songs. There was something difficult to diagnose about Chain Gang’s music, they had all the working pieces of an enjoyable listening experience but at the same time, there was something missing. The band felt a bit prepackaged, inherently good as an opener but without that fresh sound that puts you center stage in your own tour. 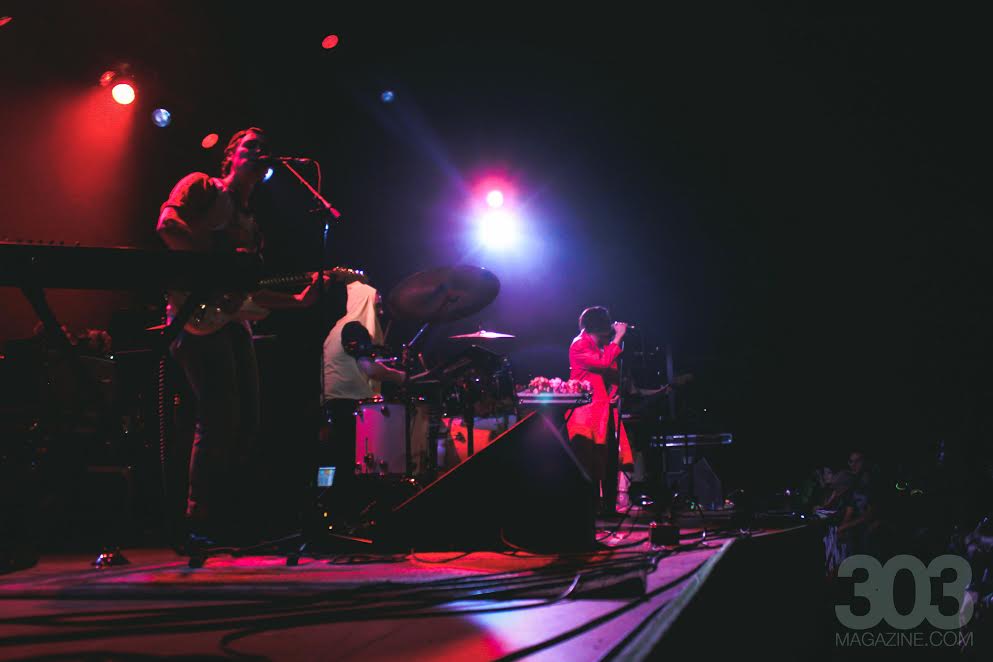 XYLO took over the stage as the middle act. The five-person band opted for super hero costumes with lead singer Paige Duddy in a Harley Quinn get-up, evocative of the cartoon and not the recent movie. The group’s dream pop was smooth and palatable. It is hard to believe they have yet to release a full studio album considering their sound was professional and stage presence engaging. 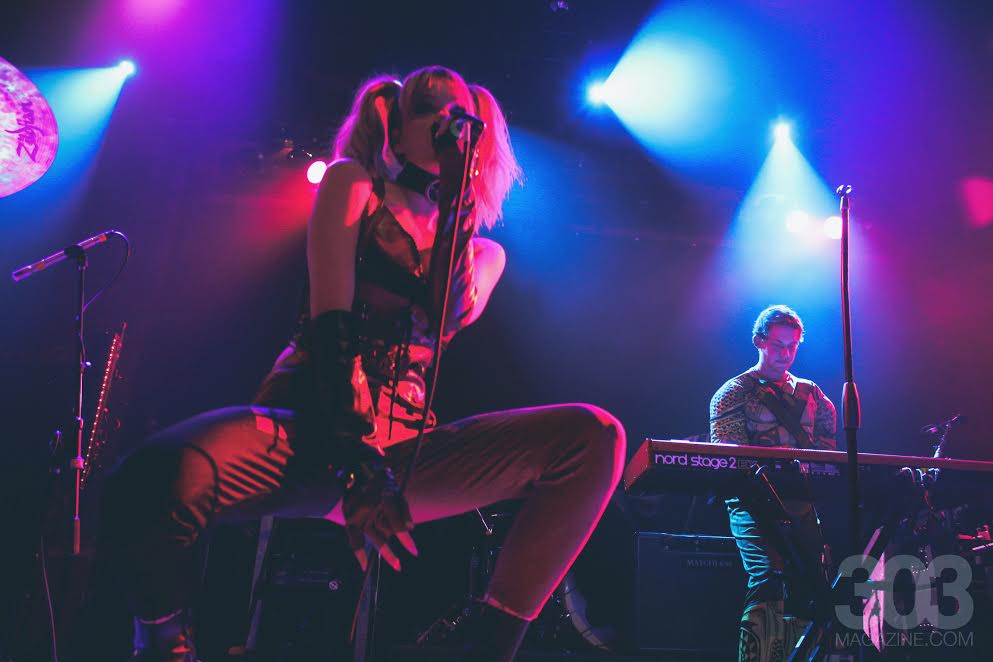 Paige Duddy was breathtaking in her performance, the young singer has that veiled “it” quality that people in film and television refer to when you can’t take your eyes off of a person that is doing a common activity. Her older brother, Chase Duddy, does most of their song writing and his talent was matched only by his impeccable batman getup. 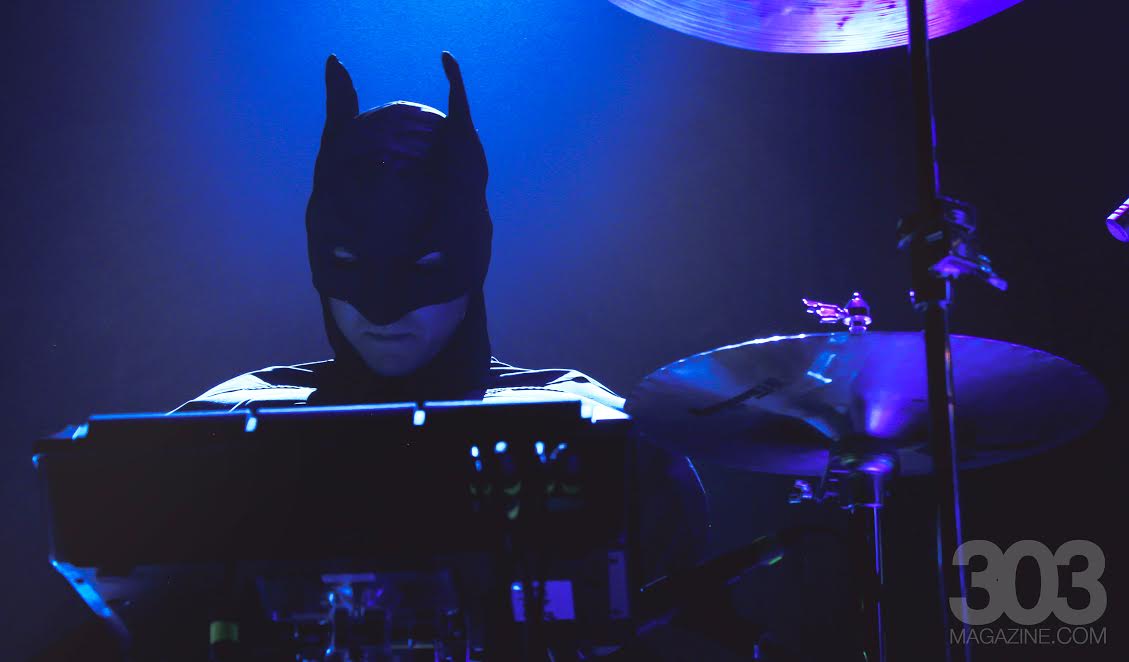 The Naked and Famous made their entrance to a grand instrumental swell of the Star Wars theme. Their costume game was on point with all original Star Wars characters accounted for – Alisa Xayalith was in a beautiful Princess Leia white gown with a twin sticky buns hair-do. Along side Xayalith was a fantastic, inflatable Jabba the Hut playing the keyboards, Chewbacca on drums, as well as Luke Skywalker and Obi Wan filling out the stage on either side of her. The Naked and Famous (N & F)  have a sweetness to them that their fans love. Their Australian accents and tradition of doing meet and greets after their shows have made them a fan-favorite over time. This show was no different, you couldn’t throw a stone without hitting a person in the audience who had met them, was about to meet them after the show or who just gushed over their entire aesthetic and perceived graciousness. 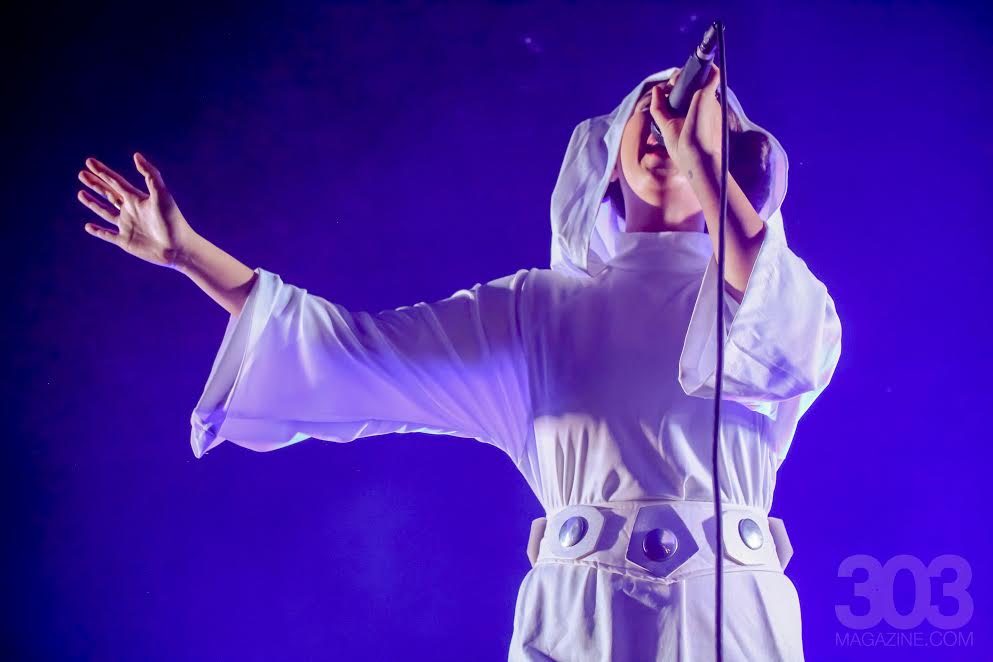 Alisa Xayalith of The Naked and Famous

N & F played a healthy mix of hits off their four albums and the vibe in the Ogden was great. Fans came in and out of costumes and danced happily for new singles like “Higher” and older staples like “Girls Like You.” N & F, based on their chart appearances and news coverage, may seem to be slipping from the public view but when they create a relationship with any single person, they seem to groom and maintain it. While their newest album may not fit with what is popular in music right now, it seems to have grown with their fanbase, anyone asked about their love of N & F at the concert said roughly the same thing, “They just represent a time in my life and I love them.” N & F’s costumes and lighting at the show were a lot of fun to watch and the visual creation was overall very pleasant. N & F threw a great Halloween party and for those of us lucky enough to attend, they did not disappoint. This is a band that draws you in live. 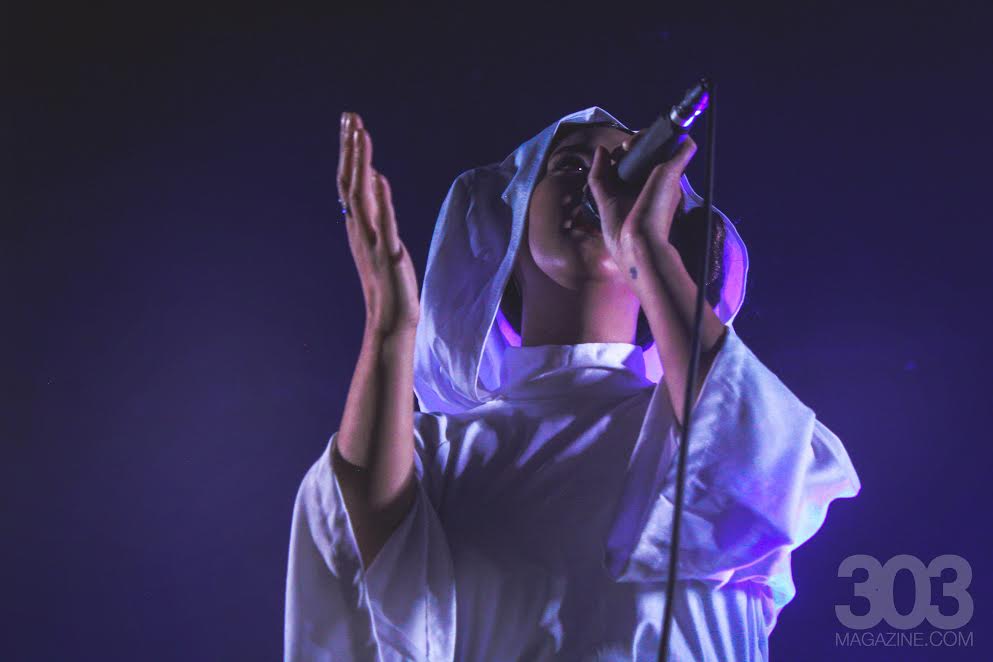 Alisa Xayalith of The Naked and Famous

For those not won over by Simple Forms, try N & F out in person, and suddenly, the poppy elements of the album will make perfect sense and bring a smile to your face. Any skepticism is won over by the audience’s joyful response and the band’s loving performance.

All Photography by Canada Albin.