Beyonce and Solange. Mary Kate and Ashley. Malia and Sasha. Since the beginning of time, there have been countless sister duos taking on the world and leaving us all in awe of their genes. The awe-inspiring sister act in Denver Friday night took place at the Ogden Theater, showcasing southern belles Leah Song and Chloe Smith of Rising Appalachia.

Stepping into the venue, the first bar stood uncharacteristically empty, an encouraging sign at any show with the prospect of dancing heavily all night. The Brothers Comatose serenaded the early crowd with “Tops of the Trees,” “I’ll Never Grow Old,” a cover of Ryan Adams’ “To Be Young (Is To Be Sad, Is To Be High) and “The Van Song,” an adorable ode to their beloved transportation in which all five members jammed their strings all the way to laying the ground. 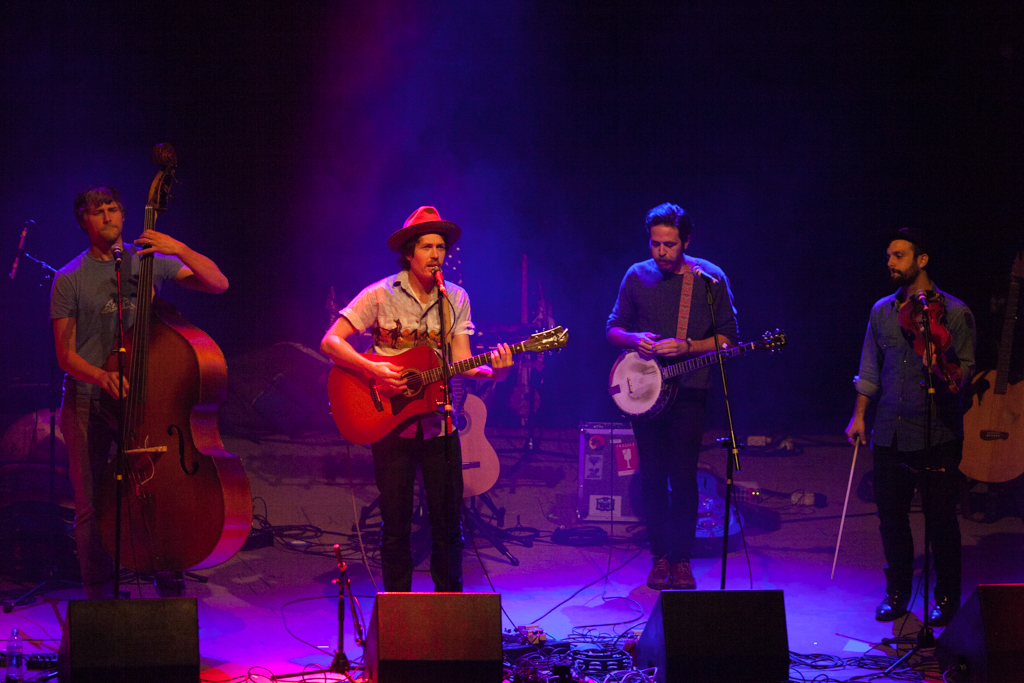 In between sets, members of the Lakota Tribe performed a traditional song and dance, while a descendant of William S. Harney, an army General responsible for a massacre on the people in 1855, educated the audience of their triumph in re-naming Harney Peak of Black Hills National Forest to Black Elk Peak in August. The performance was both moving and inspirational, especially given the current devastating circumstances in Standing Rock. Throughout the segment, Chloe and Leah could be seen watching through the curtains of backstage. 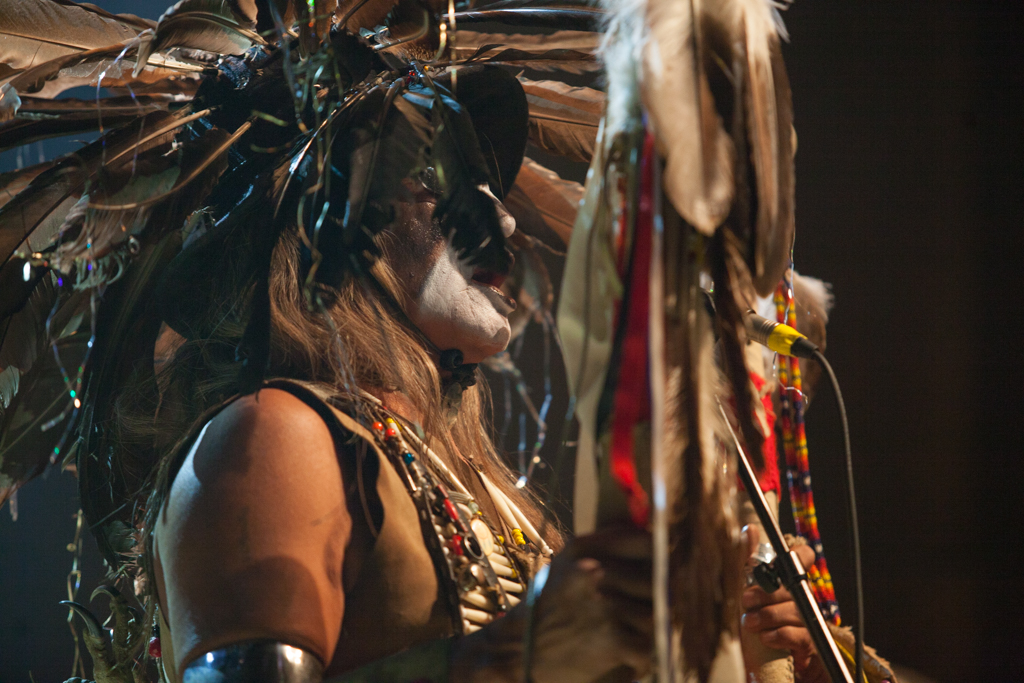 With the end of the dance, the band was introduced and the girls opened their set with a tranquil acoustic number before “Novels of Acquaintance” got the juices flowing for the night. The ladies’ flow of tunes using various instruments sparked flirtatious dance moves, fans singing along with the strokes of Ghost River Art live painting on stage. “St. James Inferno” and “Find your Way” made up the meaty substance of the set, with Biko Casini and David Brown on drums and bass behind them. A break took place in their set for friends of theirs to shine light on their talents — a generous act that seems to be a staple for the band.

“Closer to the Edge” jammed into a “Filthy Dirty South,” the latter of which ended with the world’s most adorable sister dance. “Wider Circles,” the titular track from their most recent release, was greeted with stampede of celebratory cheers. After which, Chloe took to the mic to declare this point in the set the “sexy time of the night,” as the band rocked “Swoon.” “Medicine” and “Stromboli,” both of the bands’ more popular tracks, guided the show into a whimsical close. 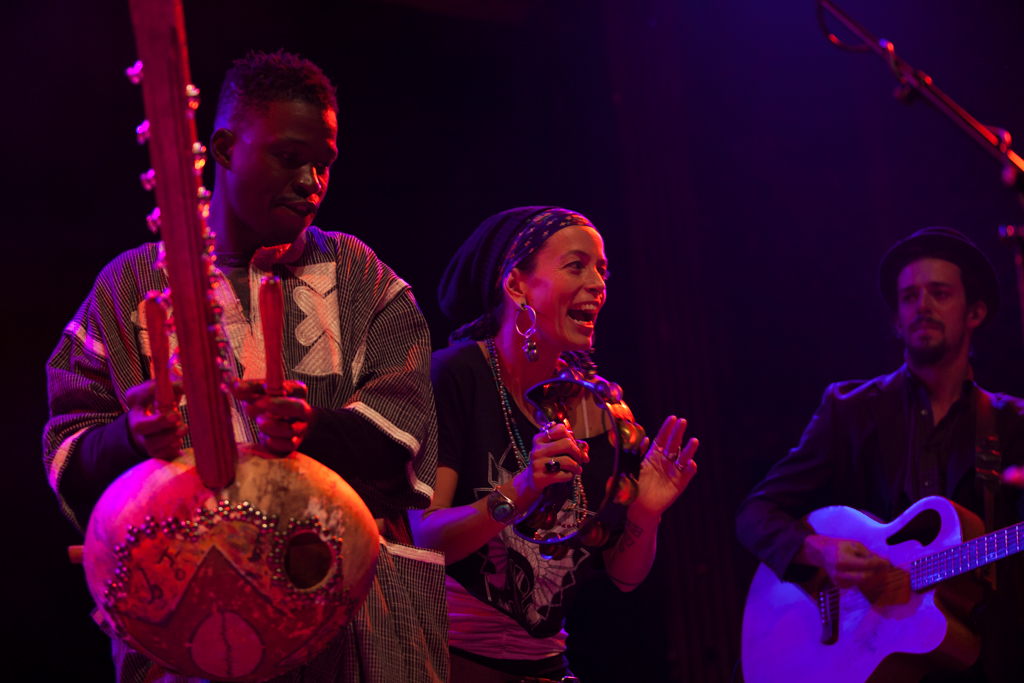 After the musicians took a few moments to themselves, they re-entered the stage for an encore. Unlike earlier, with the two female leads sharing the microphone, Chloe took a seat next to the hand drums and Leah grabbed the spot light for an unforgettable funky-get-down. The band wrapped up their Denver show by giving thanks to each and every member of their team, the venue’s team and the crowd. Along with their musical gifts, these dedicated artists and activists left their fans with a greater understanding of resiliency. 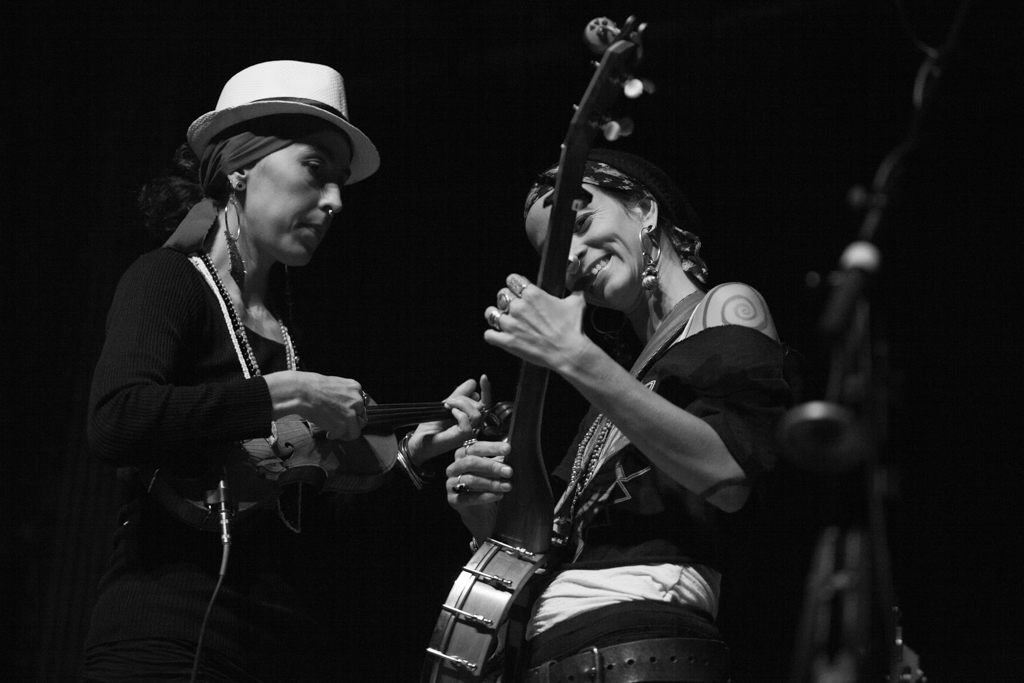