Denver is among the fastest-growing cities in many aspects, and the fashion scene is no exception. New designers, pop-up boutiques and fashion shows are becoming the norm for our rapidly-growing metropolis. But one fashion niche that has always been rocking? Denver Broncos fashion, of course.

303 Magazine headed to Sports Authority Field to see the most chic, wacky and unique Broncos garb. What we did we find? Fashion, uniqueness and lots of orange. 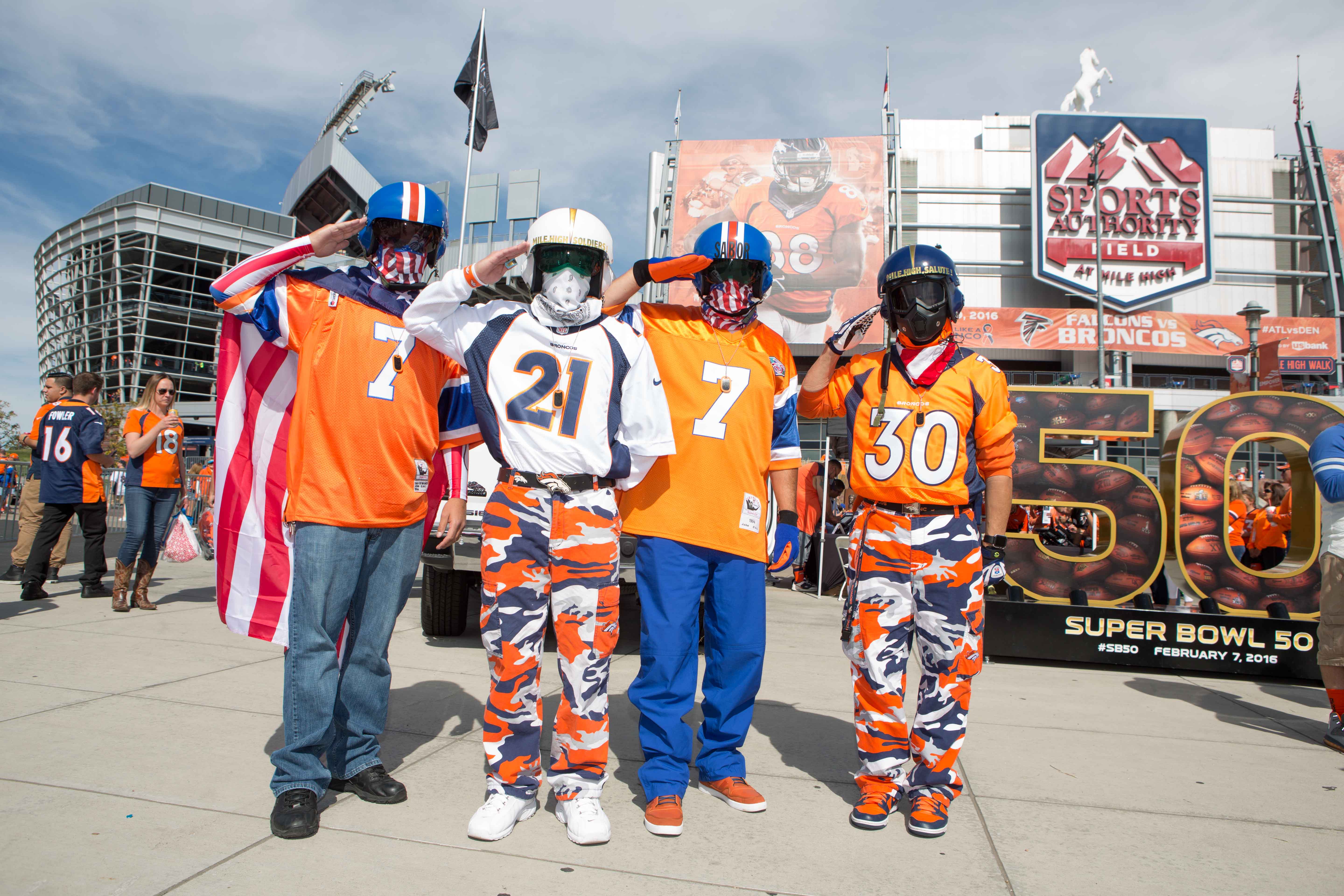 DJ, Jermaine, Tino and Derek AKA Bandit, Highdrive, Cruz and Saber from the Colorado Air Force, we salute you. 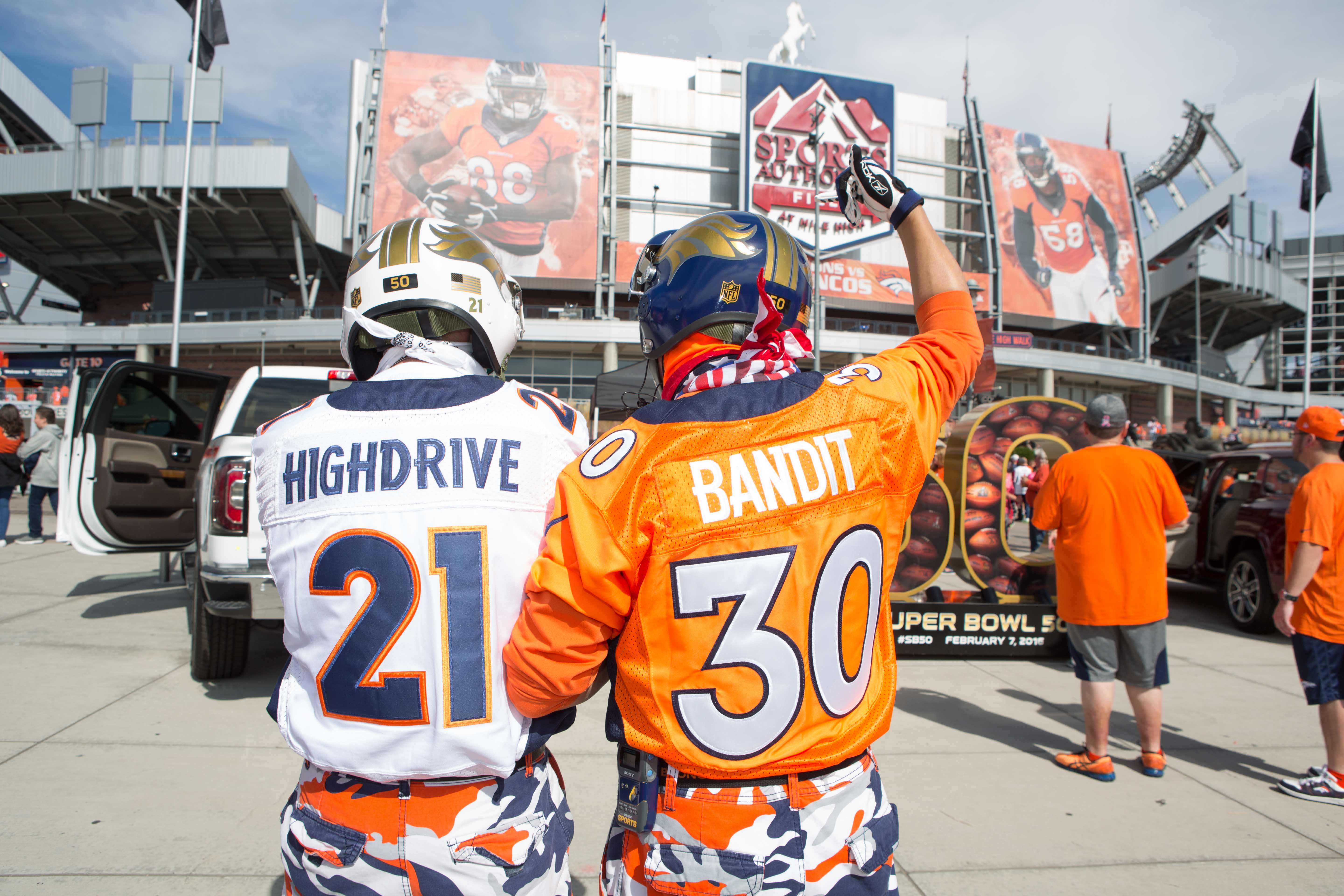 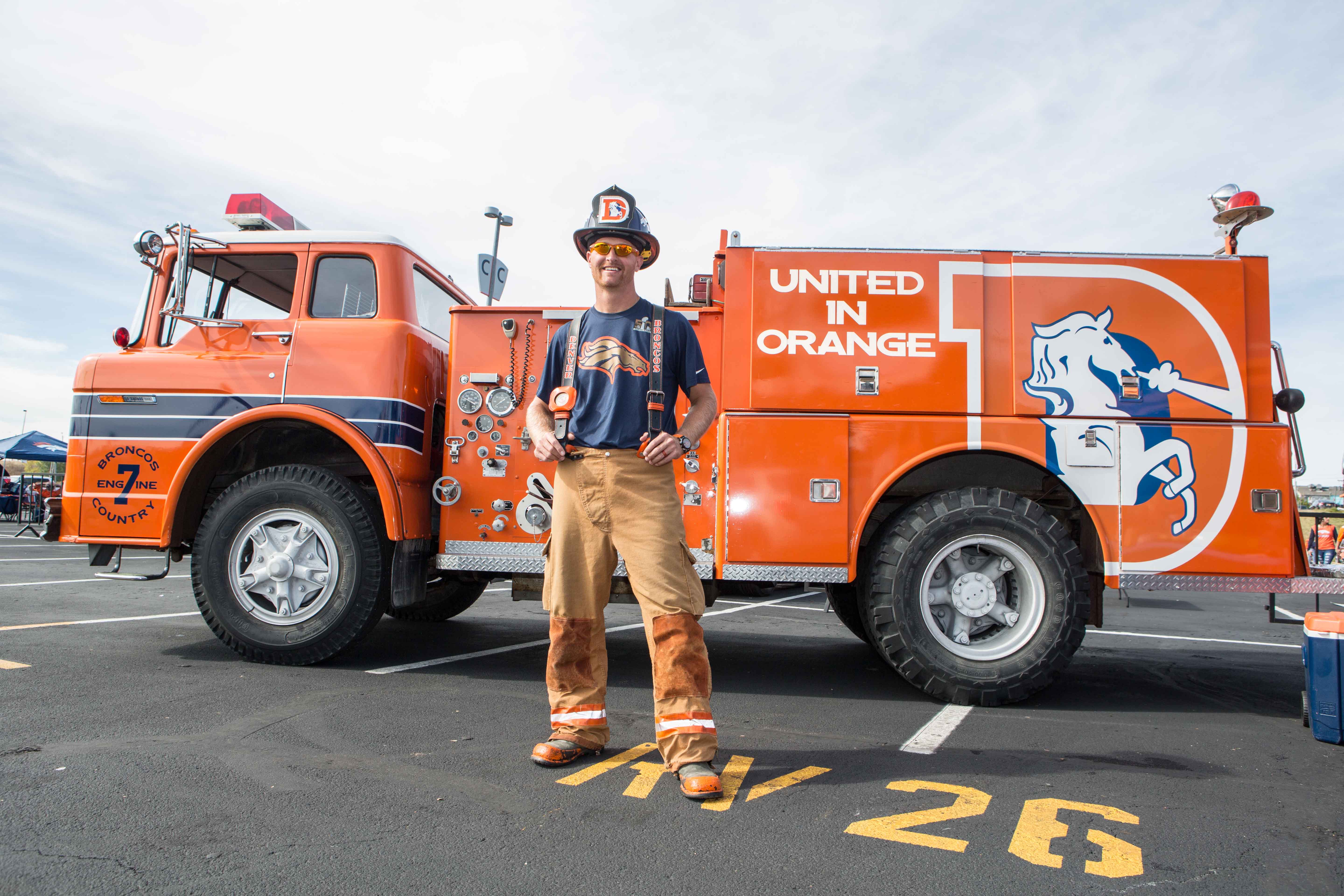 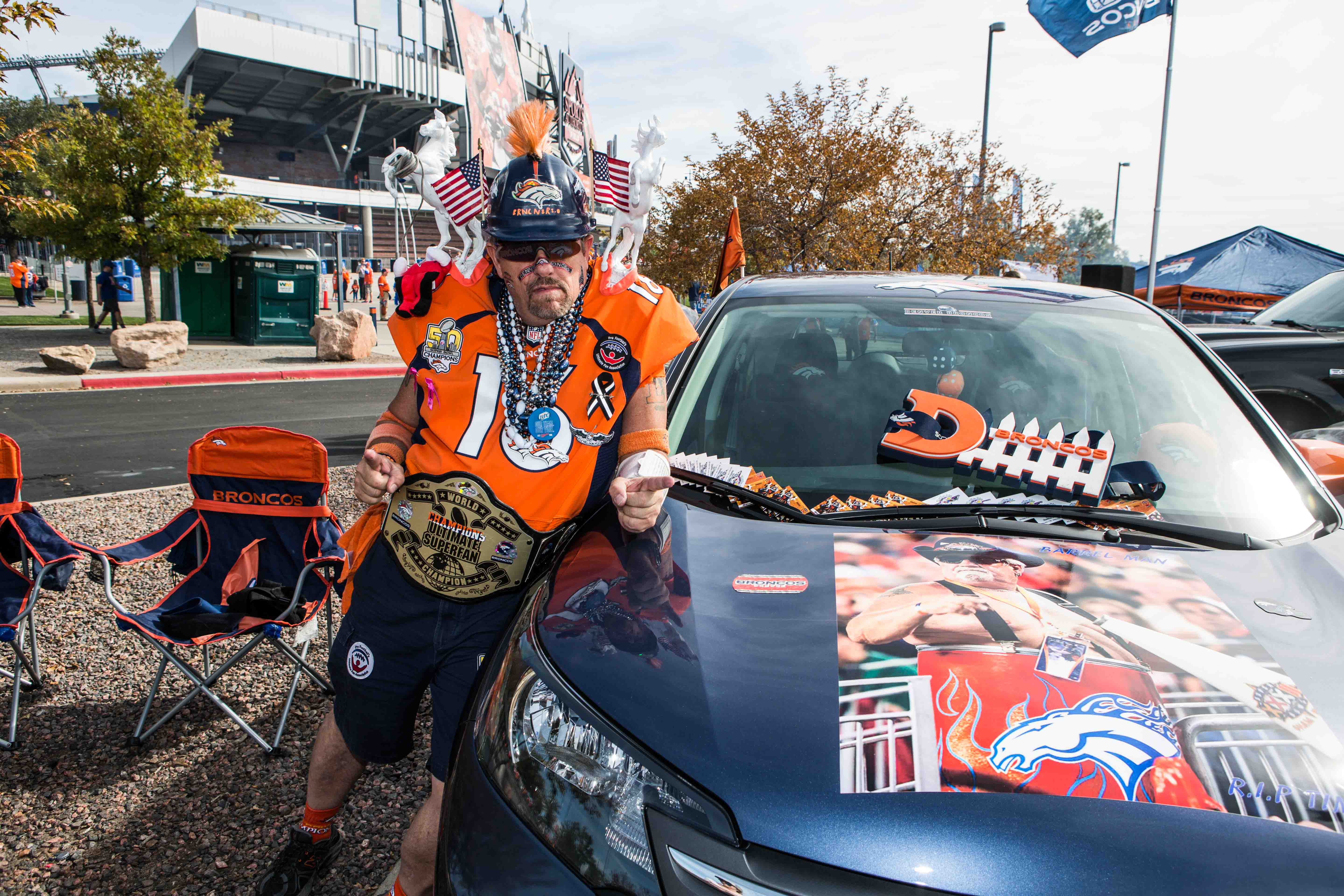 The Bronconator literally bleeds orange and his car does too claiming the coveted first parking spot by the main entrance gates. 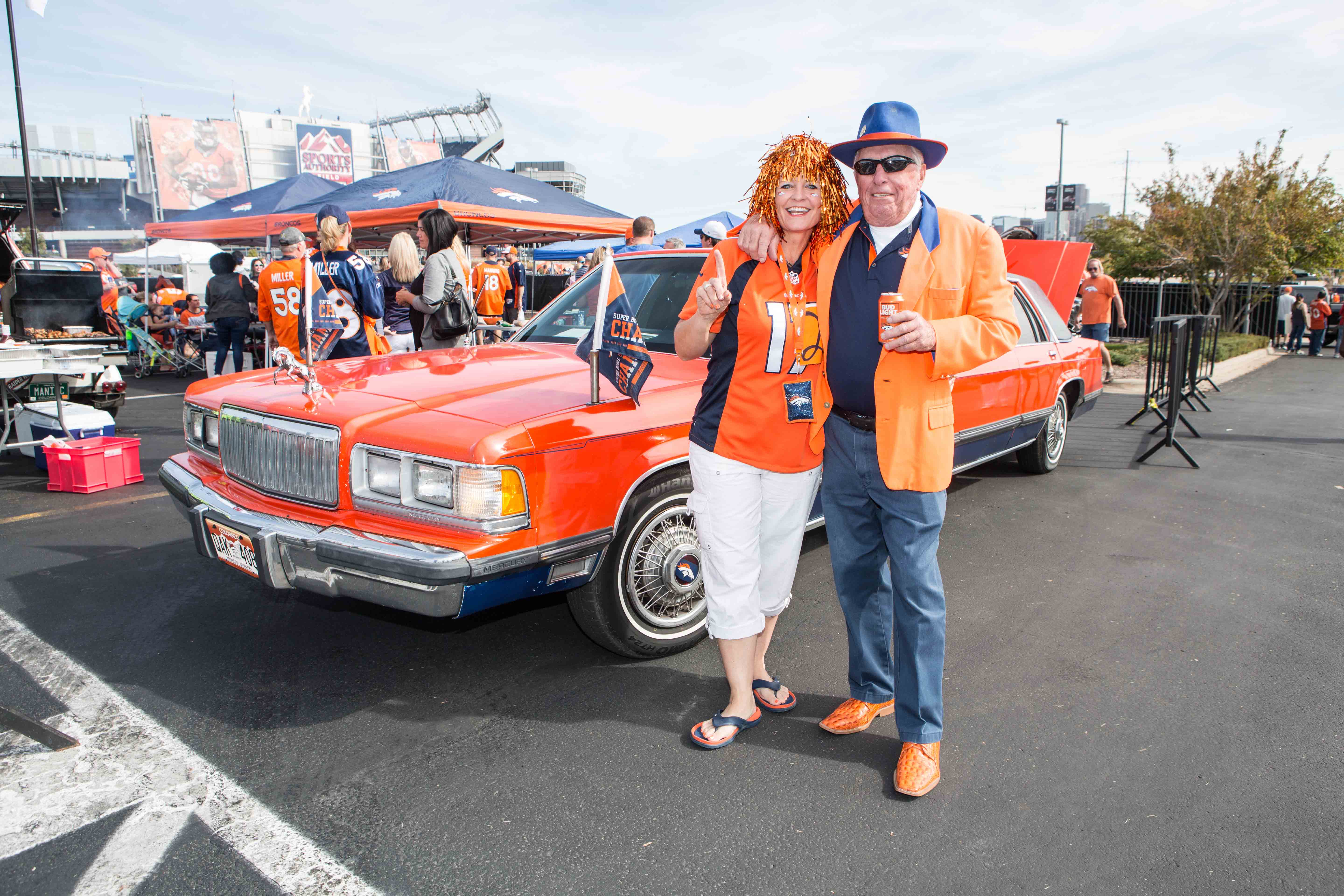 Kelly Wilson and Ron Woodward, aka the self-proclaimed “Mayor of Denver,” are literally the OG’s of the tailgate. Note: Ron’s custom orange snakeskin boots and stretch limo. 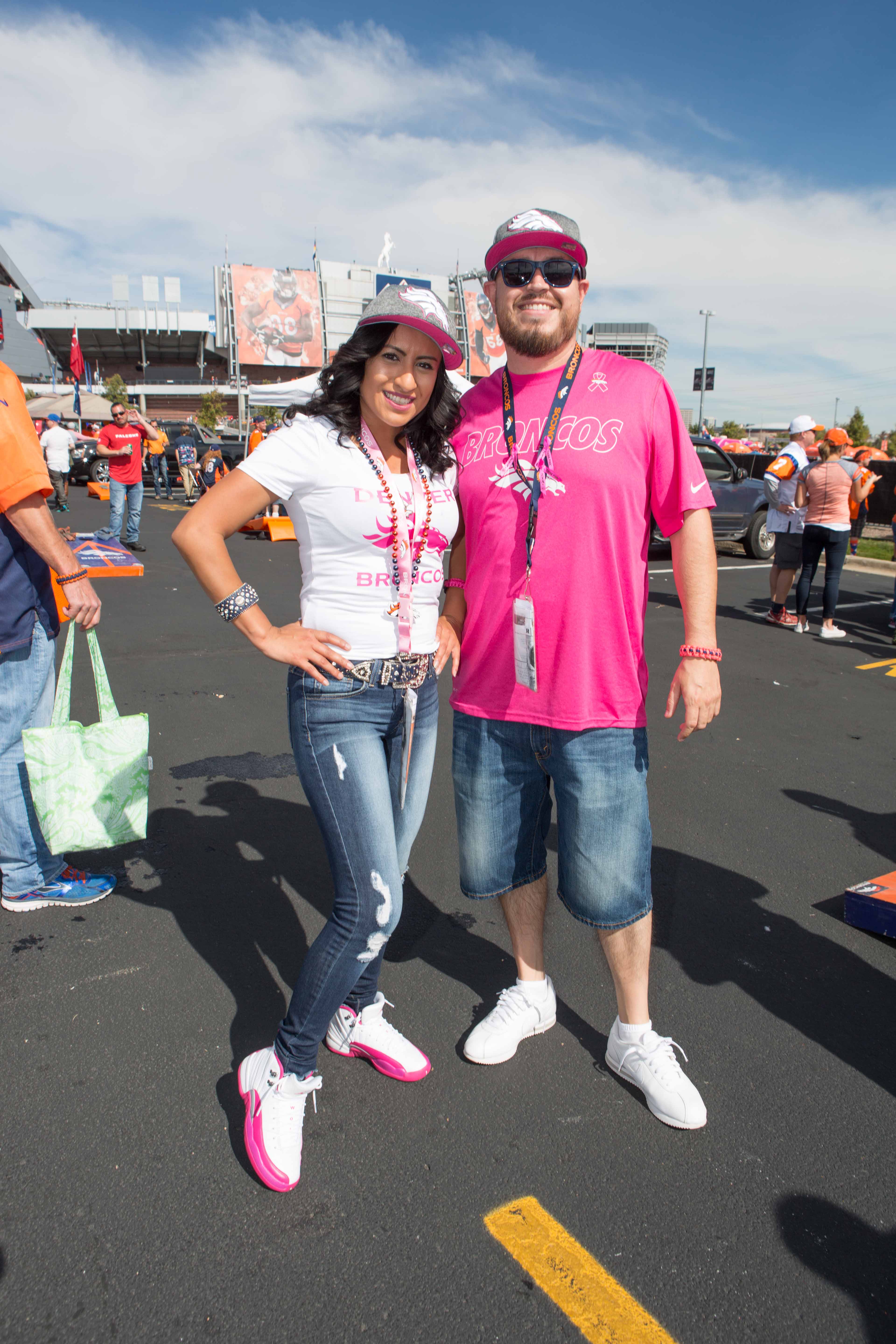 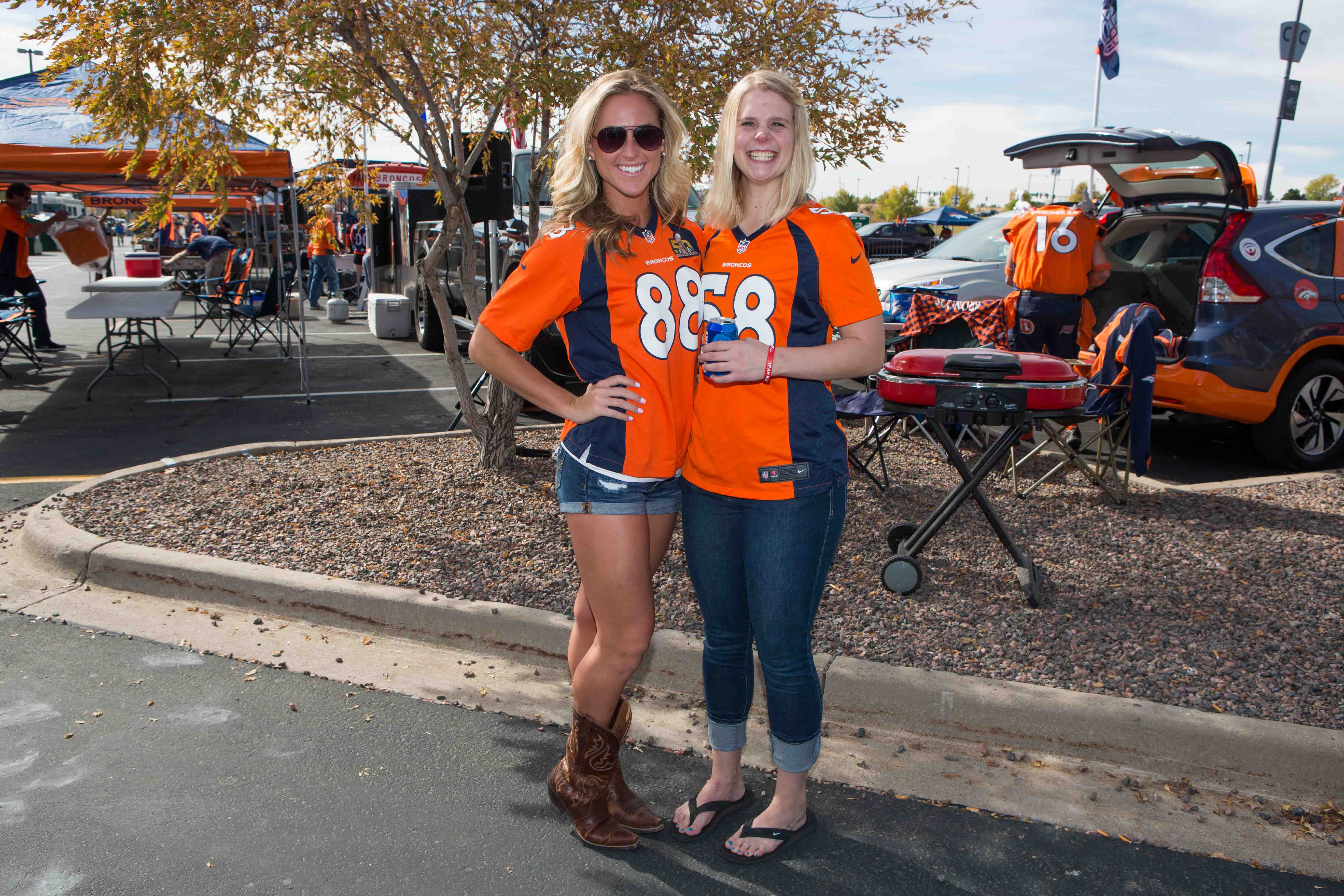 Brittany and Kristina from Denver rock the classic jersey and denim look. 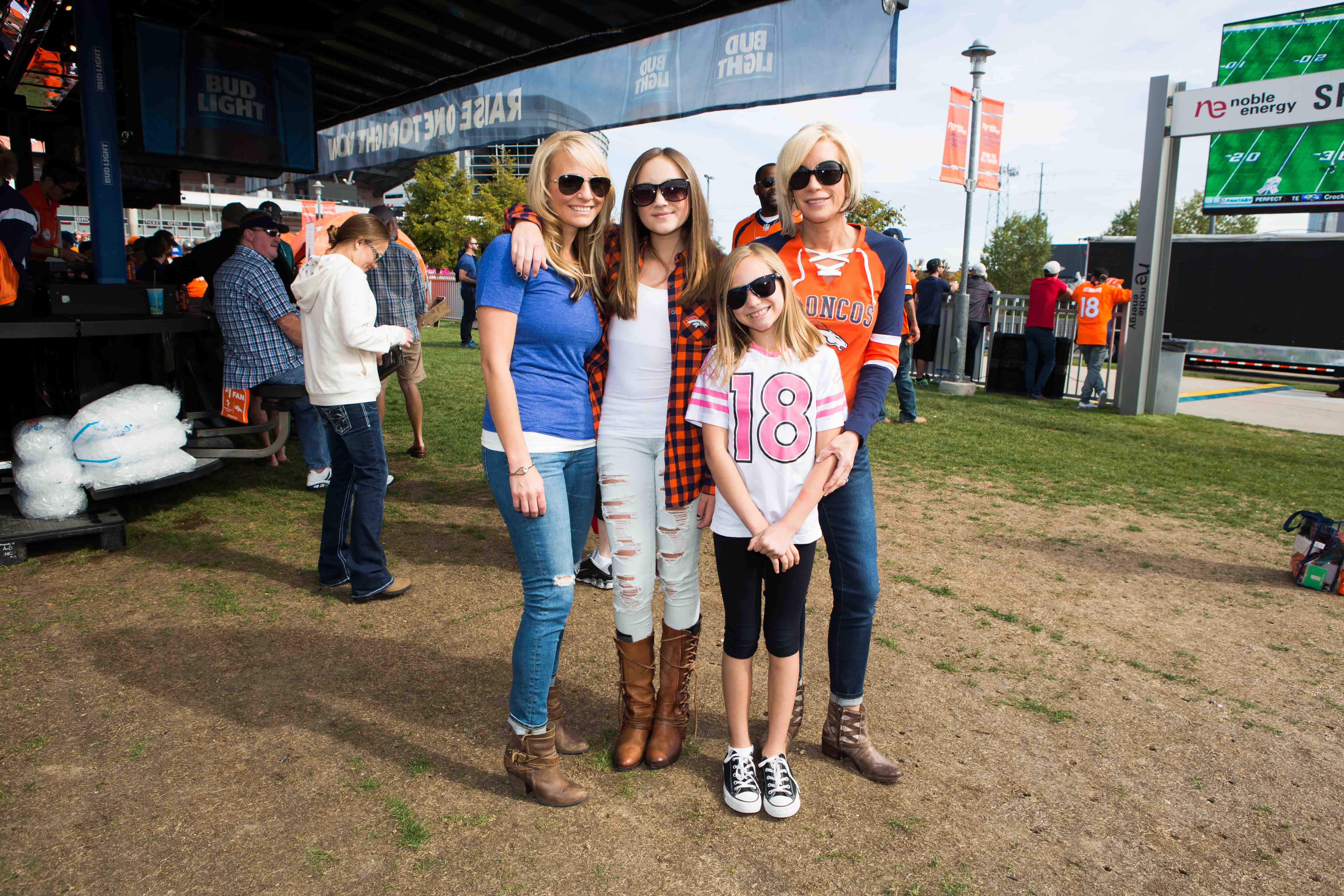 How darling are these Broncos girls? Must run in the family. 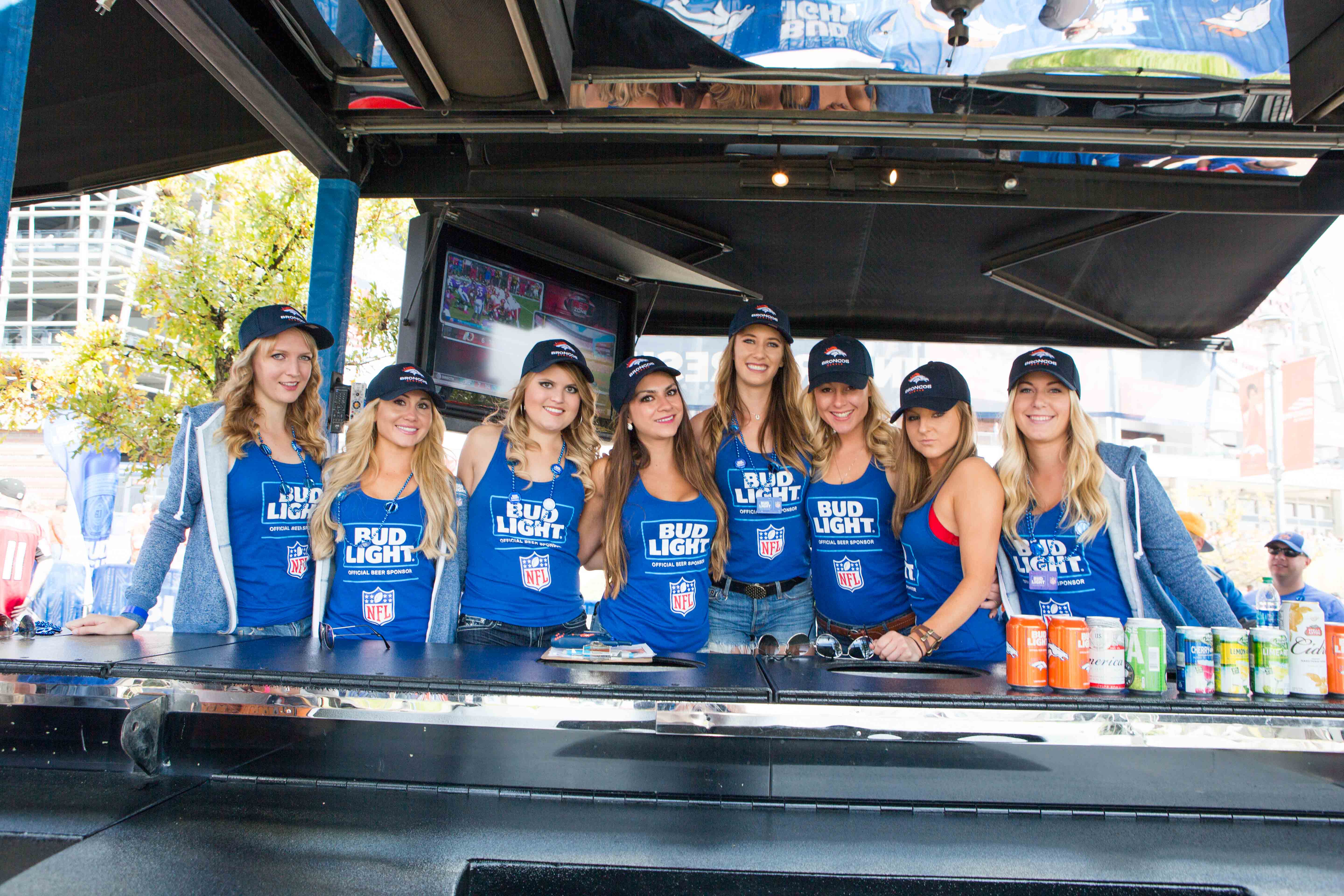 We could not forget the Bud Light babes. Even though they are not wearing orange. 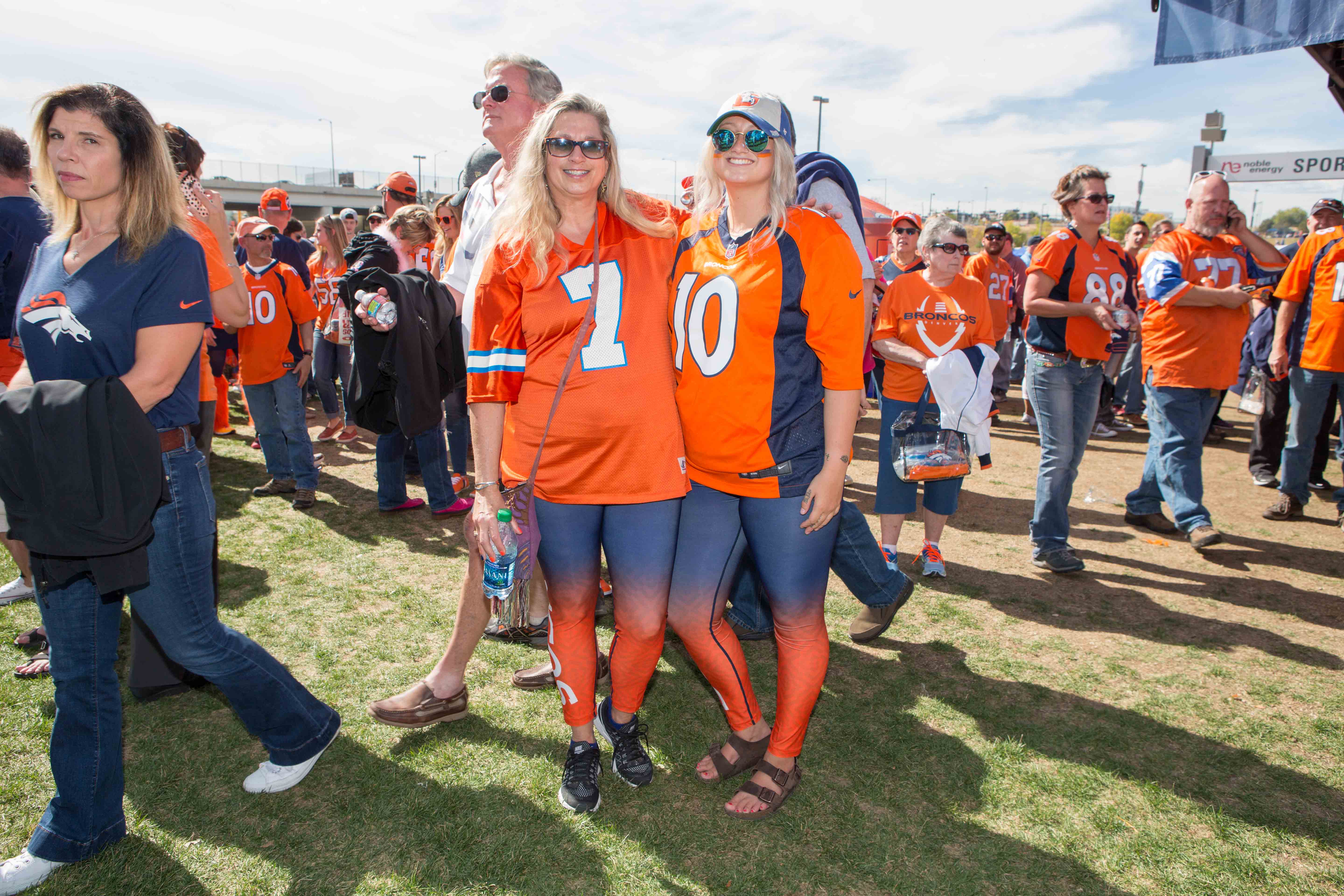 These girls were visiting Denver from Boise, Idaho. They found these athletic tights right inside of the Broncos Team Store. 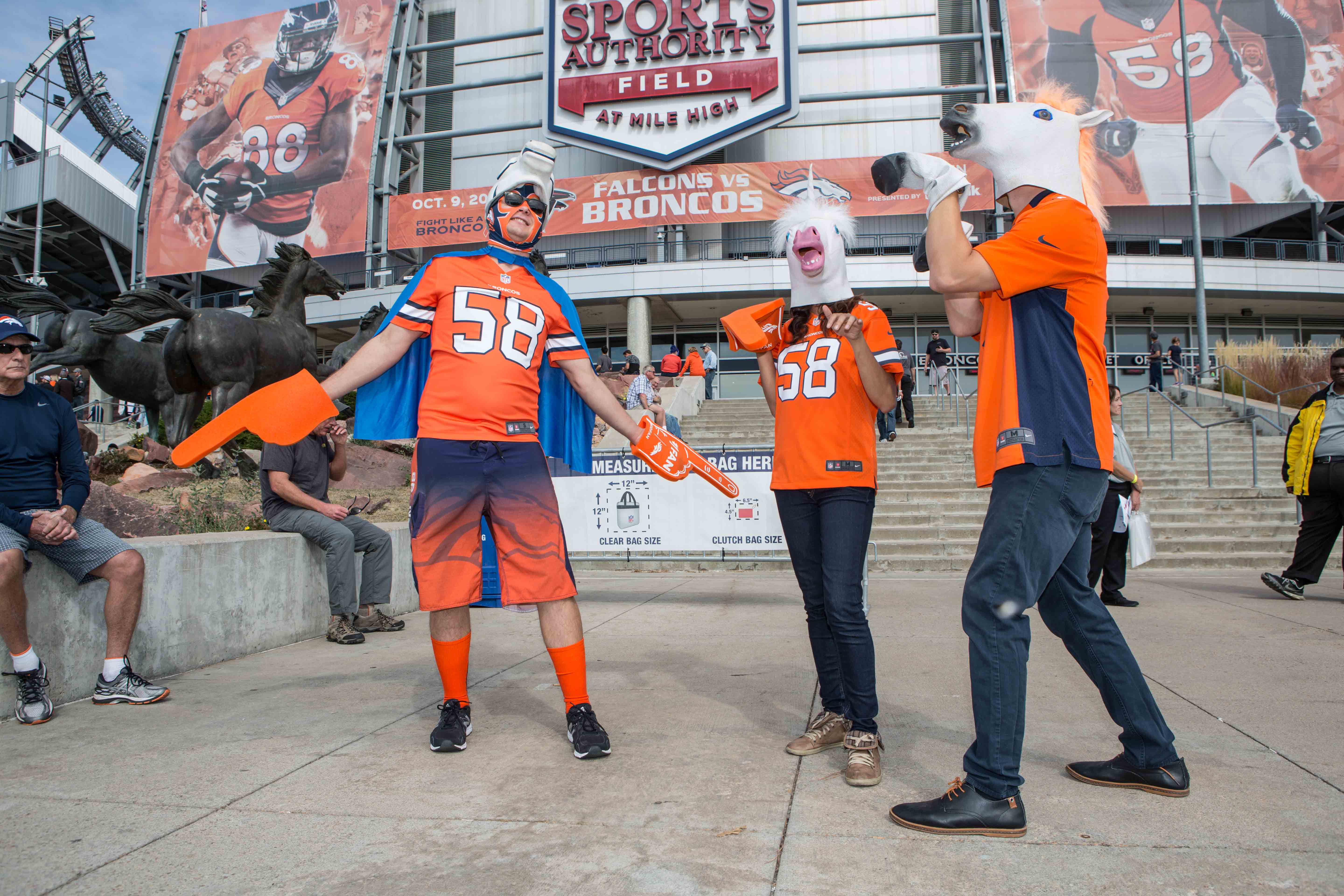 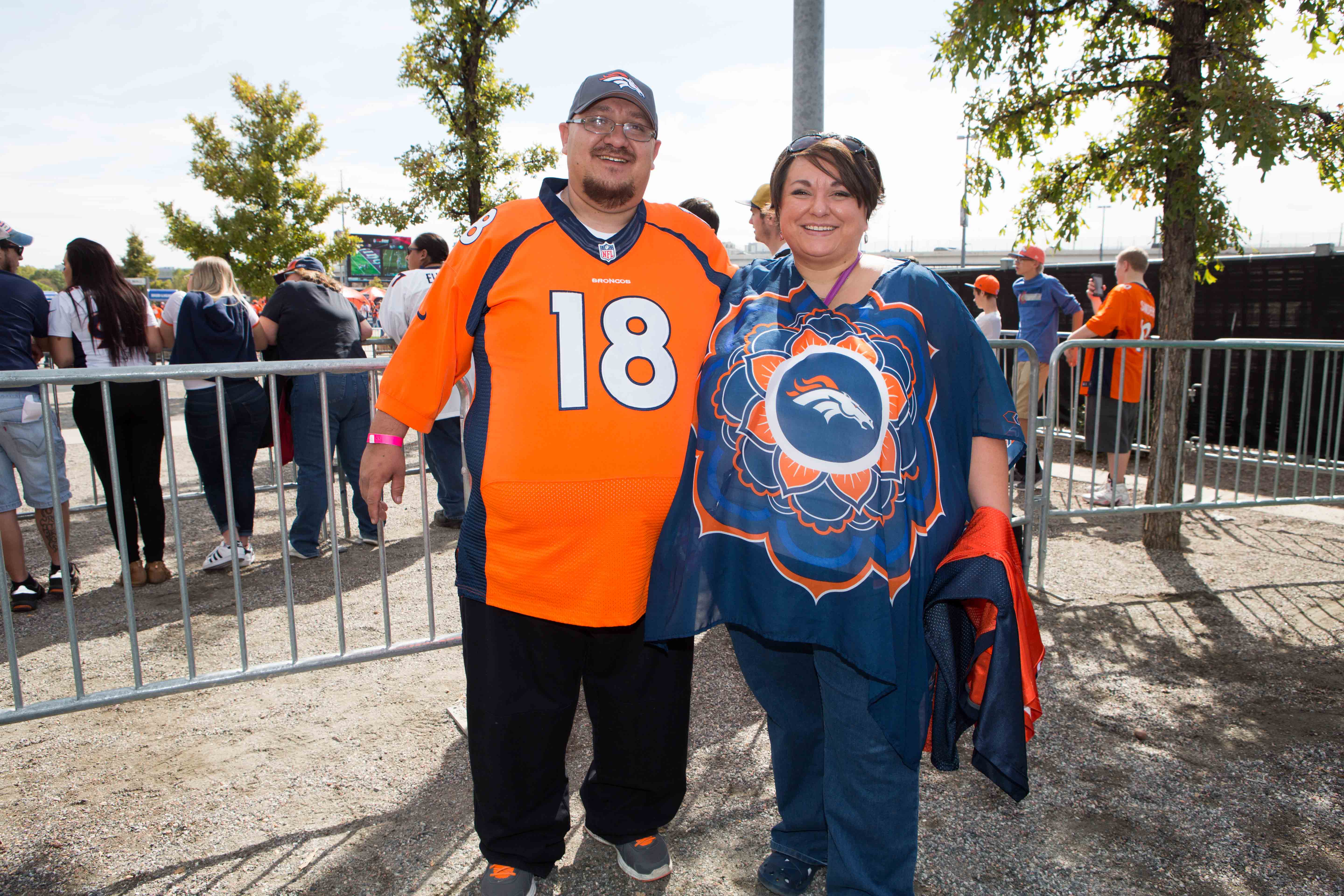 We were #obsessed with this poncho; this Broncos fan laughed and admitted that she found it on Amazon. 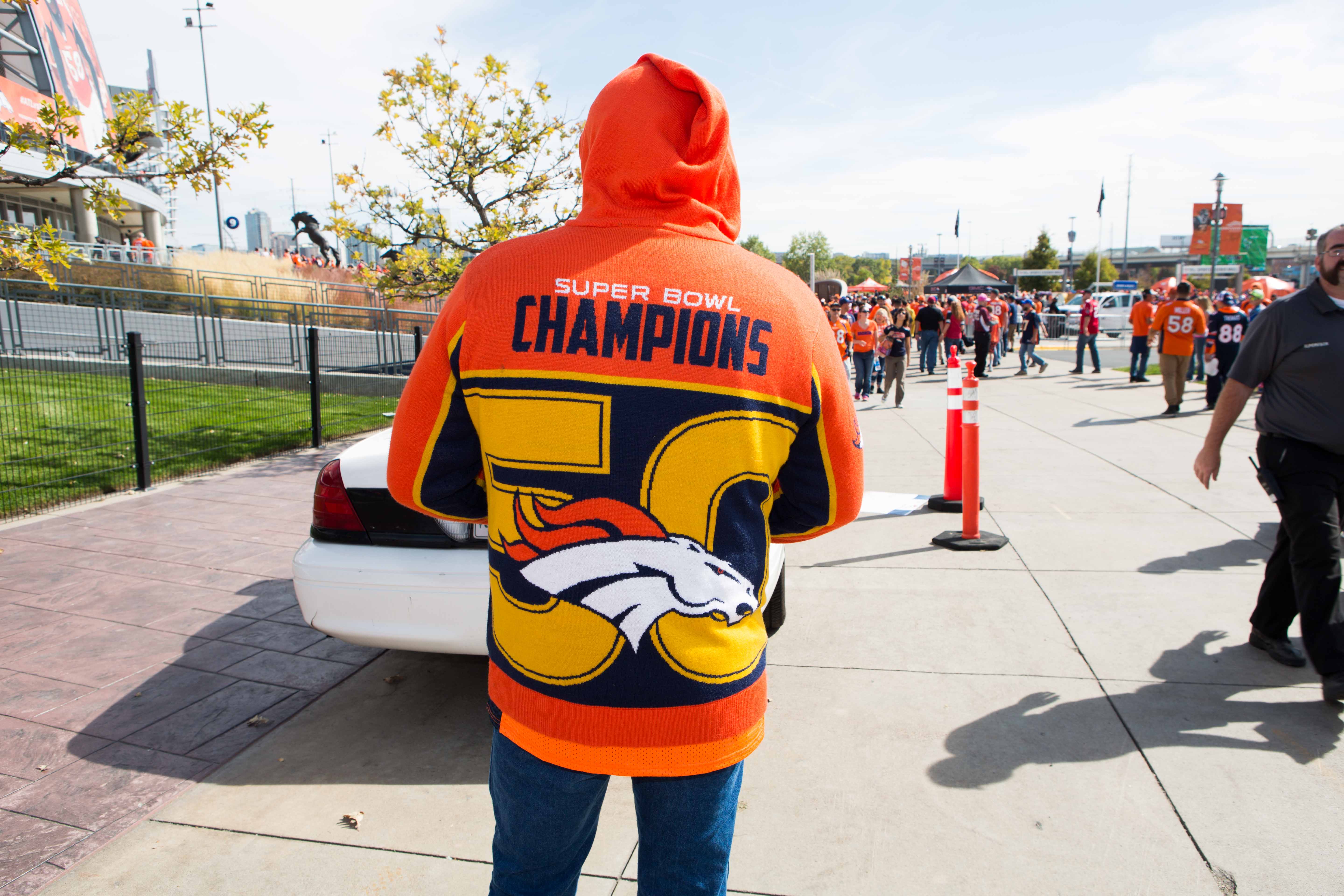 It might have been a little hot (game temps were around 80 degrees) but this Super Bowl sweater turned heads. 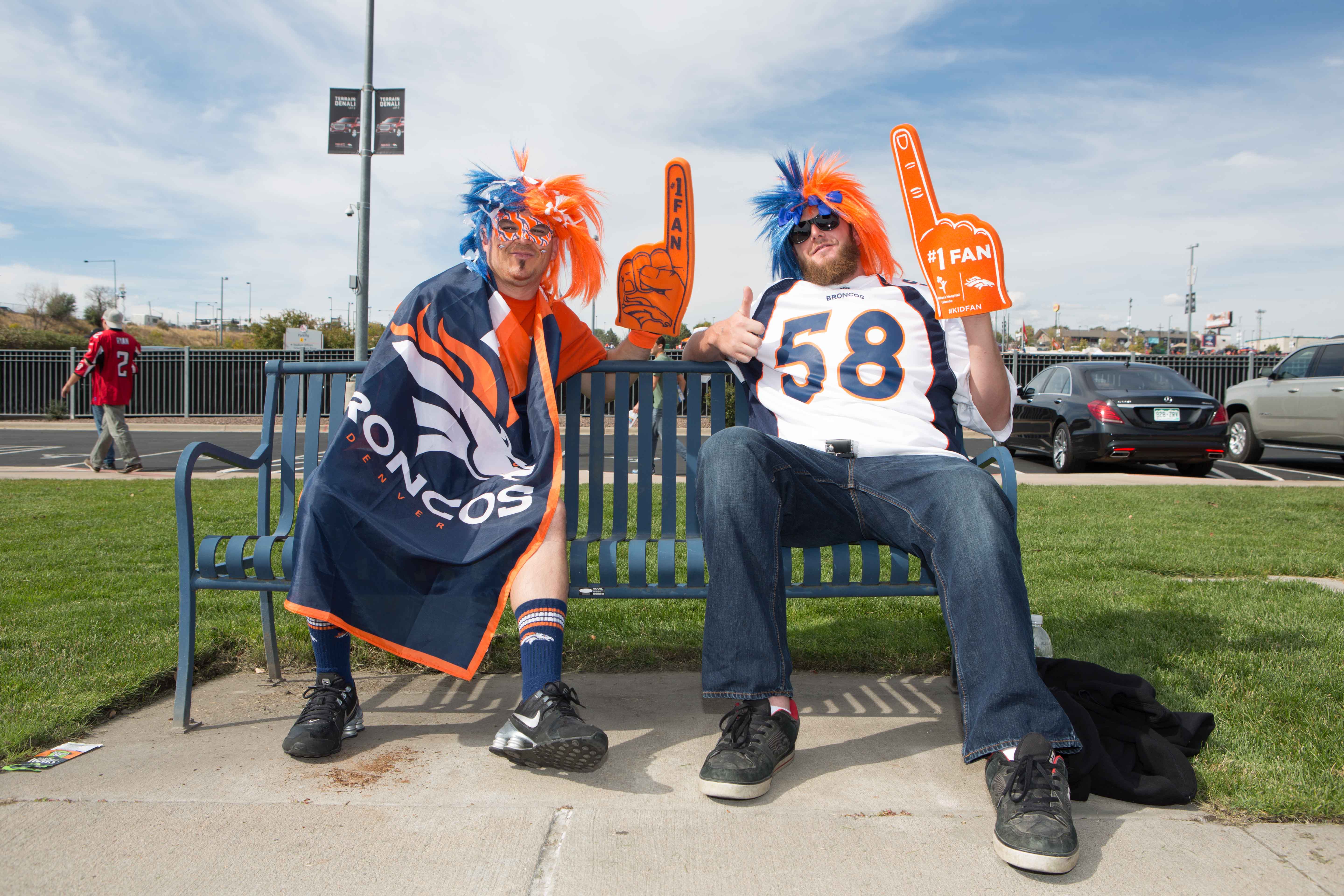 So umm, where can we get those hats (or are they wigs?) 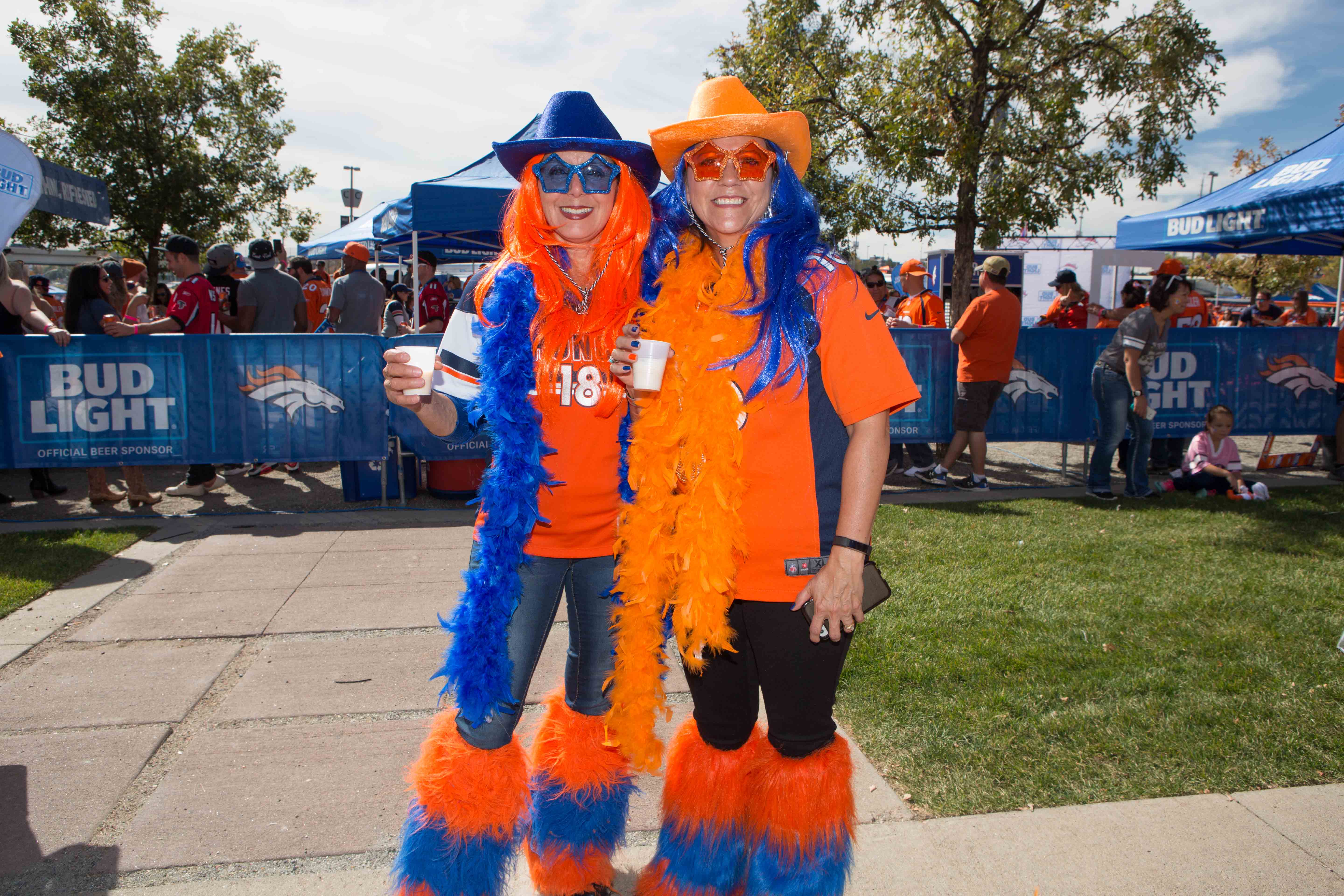 Sandra and Arlene from New Mexico are not afraid to make a statement with these unique looks. 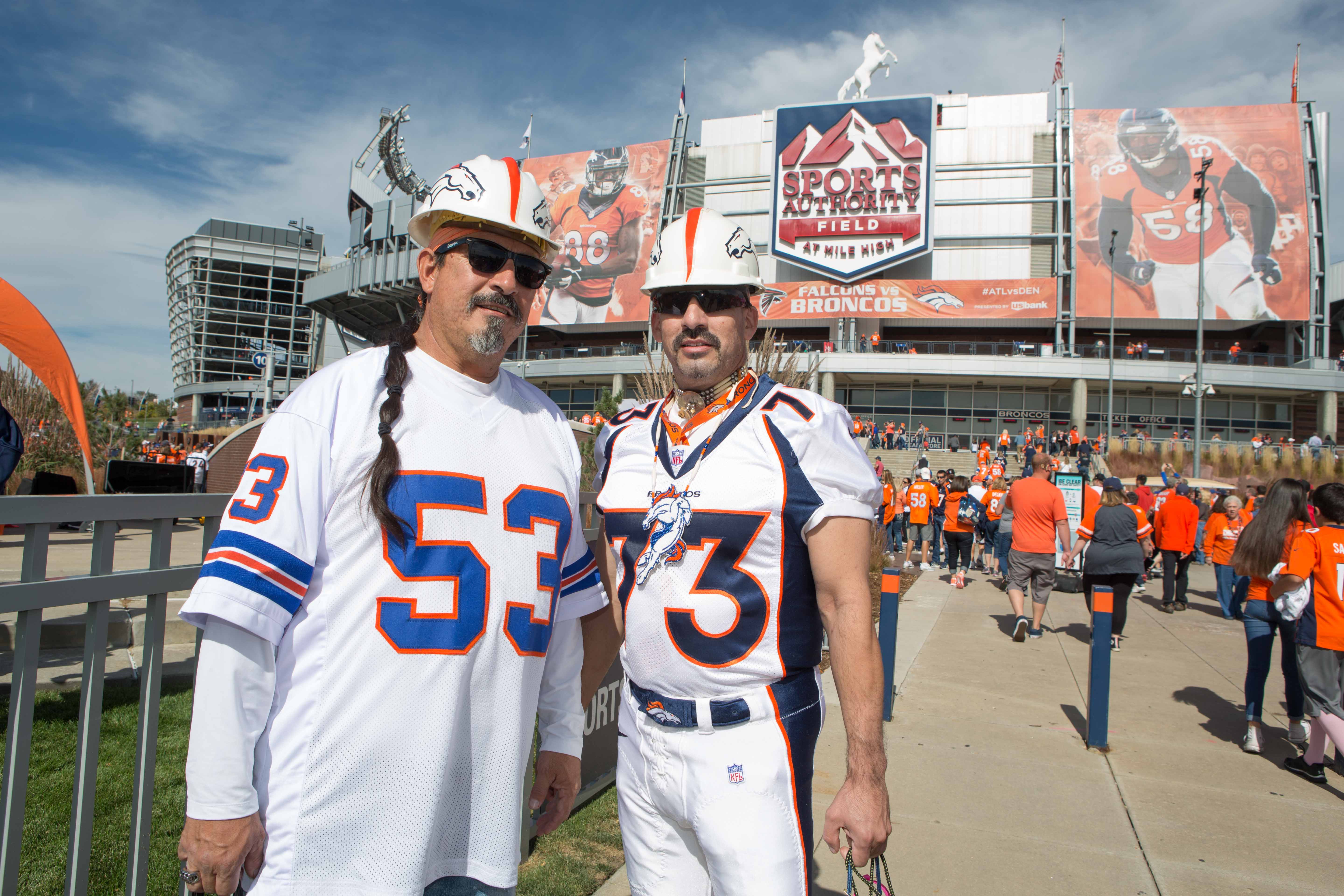 These fans are ready to get to work; no literally, they brought their work hats. 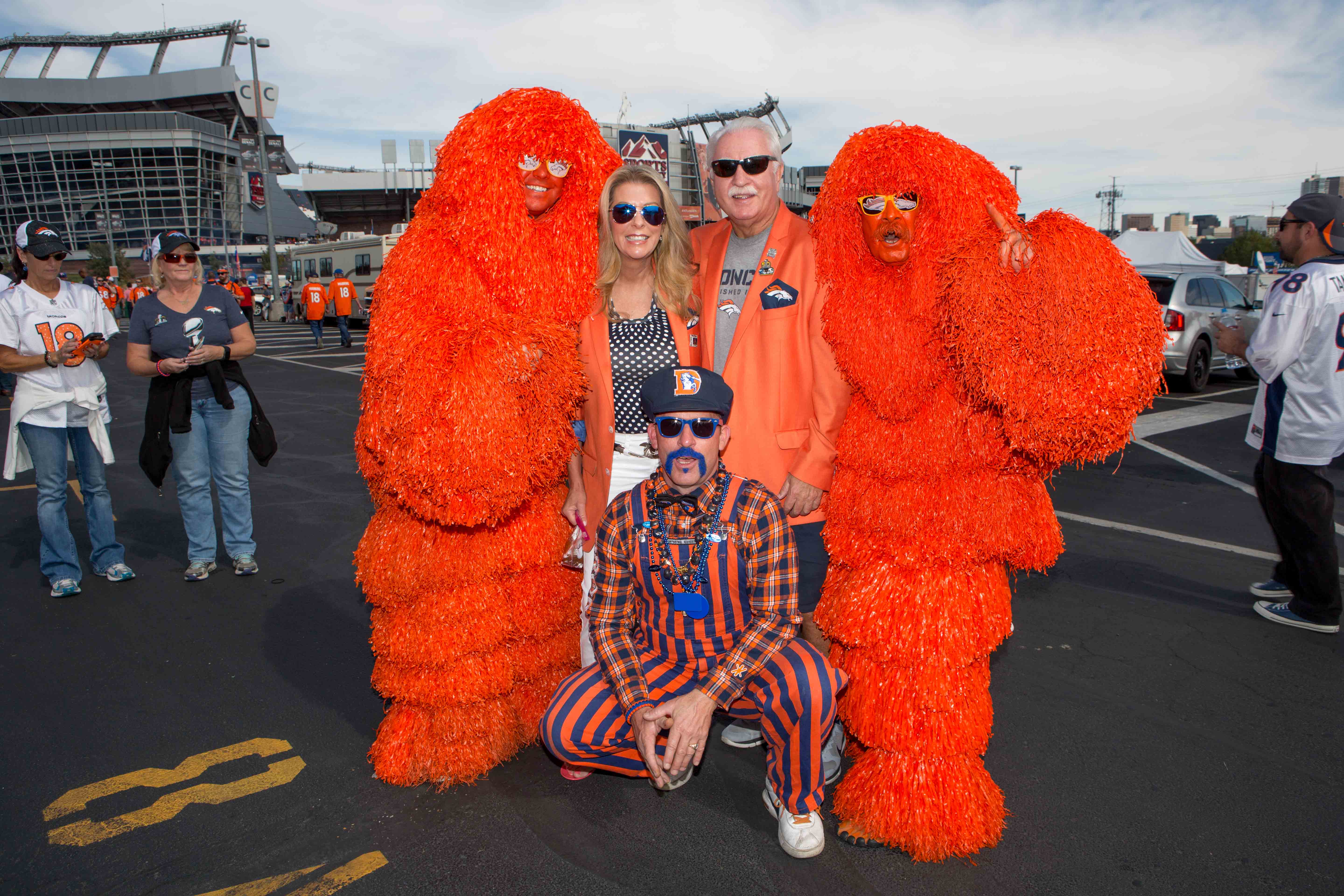 If you have been to any tailgate in the last 10 years you have probably seen these two; walking around in their homemade pom-pom get-ups.