Staff Pick – A Tree in Jalisco at Palenque

When I first set foot in Palenque Mezcaleria on South Broadway the lights were low and the Broncos game was being projected onto the main wall. The home team was down and a man who I would soon learn to be the owner had just bought a round for everyone in the place, hoping that such a gesture would manifest the luck needed to turn it around. Bartender Ryan Fletter said he’d be with me as soon as the nineteen shots necessary to leave no hand unfilled were poured.

As I took a seat I was welcomed to a small glass of a remarkably refreshing hibiscus orange mezcal tea intended to open the palette and prepare the customer for the deep smokey flavors to come—the gesture not only succeeded in its explicit intent but set the tone for the experience to follow. 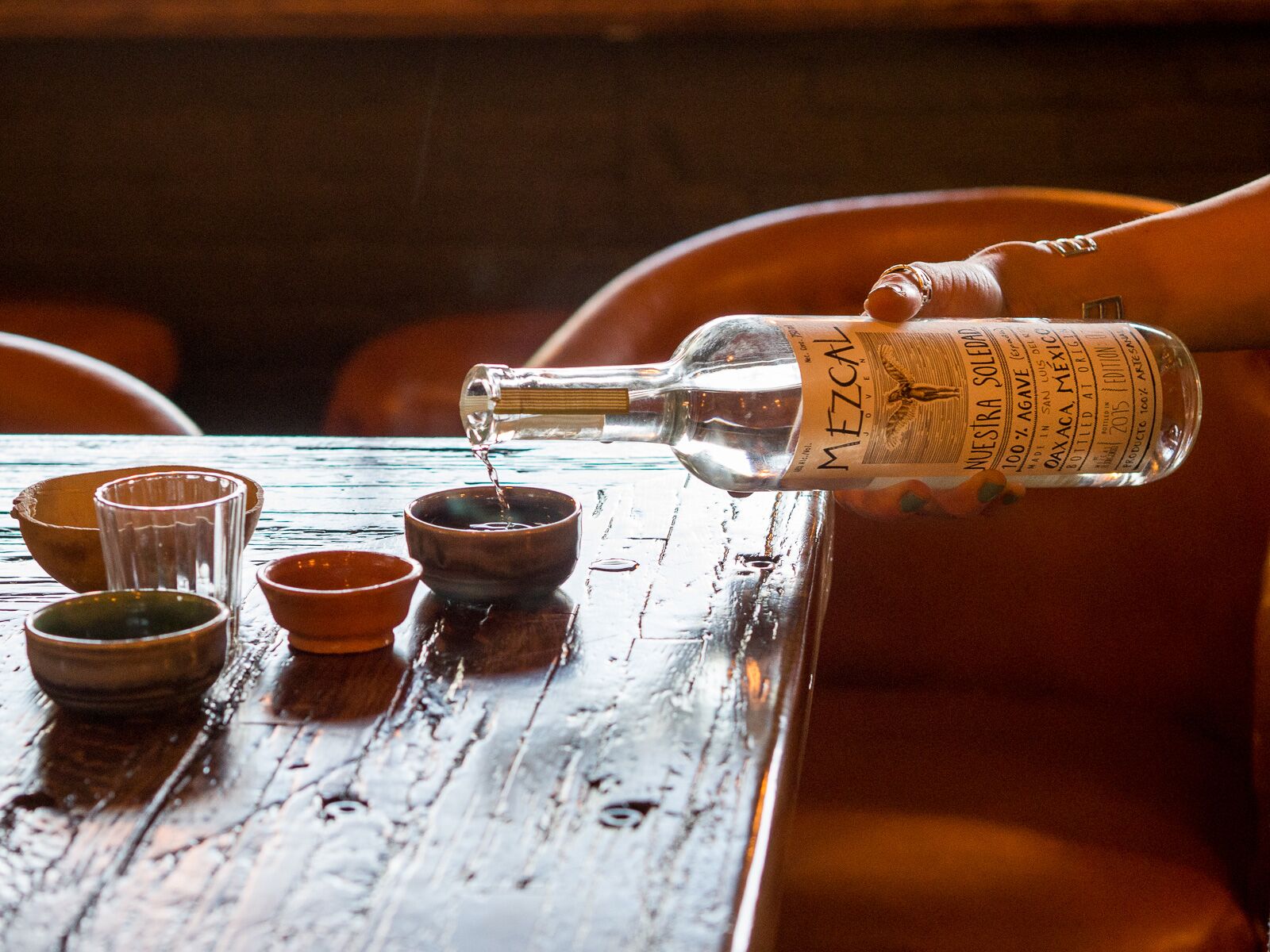 The purpose of my visit was to try one of Fletter’s signature cocktails, a Mexican take on the Old Fashioned.  A Tree in Jalisco ($16) which is one part La Venanosa raicialla — a cousin of tequila fermented and distilled in a hollowed out tree — one part Fortaleza reposado, a little agave and angostura bitters, stirred then garnished with an orange peel. The smokiness of the raicilla and the tropical fruit flavors of the tequila create something reminiscent of its whiskey-based cousin, the result is something substantially more refreshing and yet equally satisfying.

Palenque is the passion project of Brian Rossi who also owns the more family oriented Adelita’s Cocina y Cantina next door. This sister restaurant was inspired by his travels to many of Mexico’s mezcalerias – evidenced by the several photo binders that lined the bar. This fairly upscale bar is run with the explicit intent of introducing its audience to the deep traditions that surround mezcal. 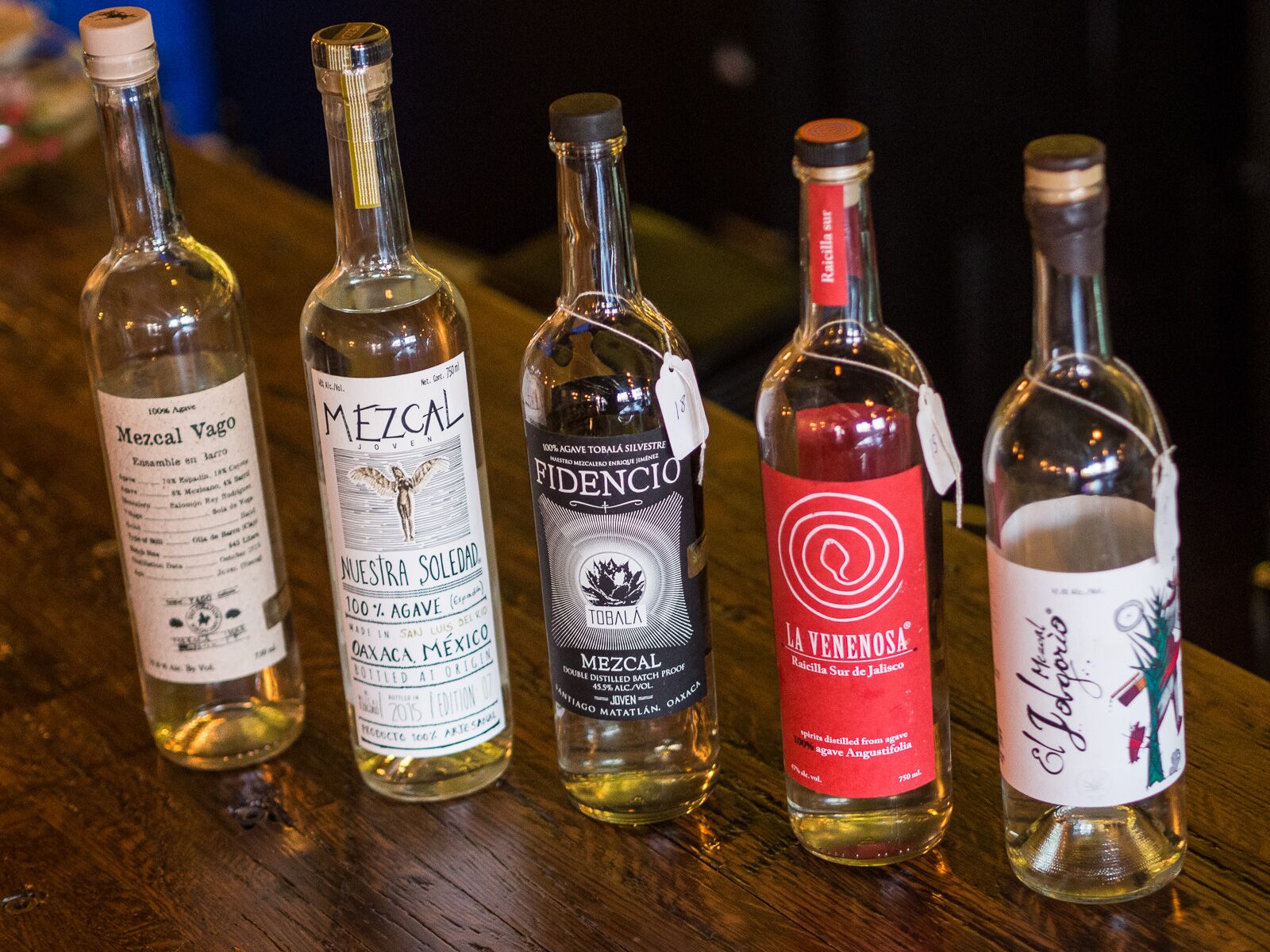 The initial idea was to have no cocktail menu, with new drinks being concocted daily by a rotating cast of talented bartenders. Rossi finally caved and printed a small menu with a margarita, a mezcalrita and a paloma providing the foundation. Despite the concession, the original concept still stands paramount. This is first and foremost a mezcal tasting room — bottles are placed in front of the patron with each order so they may inspect the agave varietal, distillation method and other details that line each bottle — sampling several different types is encouraged.

The cocktails are fairly pricey but well worth it, and the modest food menu is full of delicious items all sitting at around ten dollars, but the real star of the show here is the mezcal. The desire of Palenque is to provide the genuine personal service of the bars of Oaxaca – places that would routinely serve spirits distilled nearby. 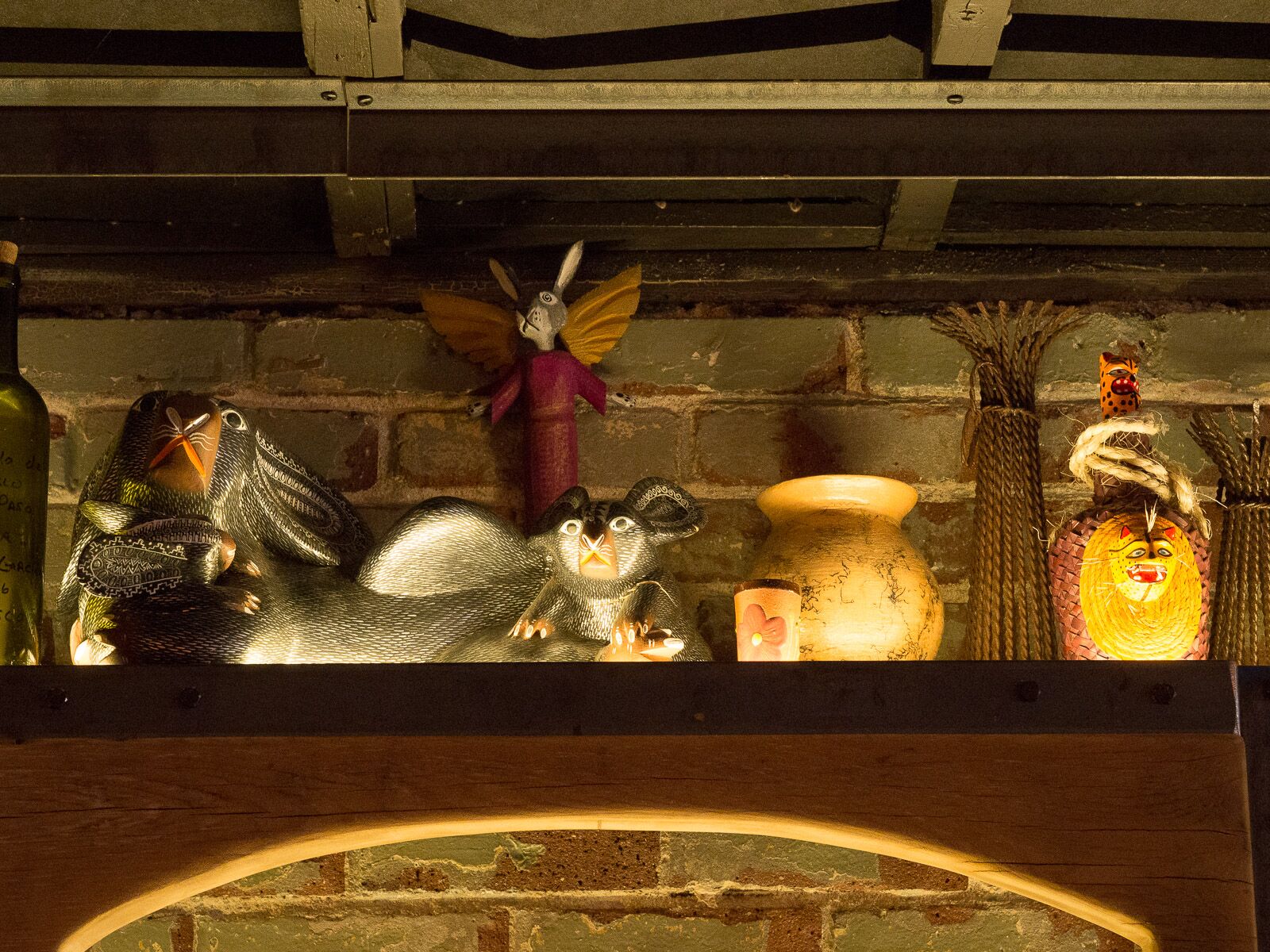 Palenque is unlike any other watering hole I’ve ever encountered. The scene is at once familial, educational and raucous. I came in looking for a cocktail, but left with a deep appreciation for the nuance and complexity of a spirit with which up to this point I had only been briefly acquainted. Palenque Mezcaleria, 1294 South Broadway, 303-997-5359.

All Photography by Andrew Duffy.