Review – Wonderbound Makes Magic on Stage in “A Gothic Folktale”

Wonderbound is a contemporary dance company created in 2007 and helmed by Garret Ammon and Dawn Fay, whose vision is continually pushing the boundaries of traditional dance theater. Through the use of multimedia and creative collaborations with a variety of musical artists, the company delights audiences both locally and nationally.

Wonderbound invites audiences to step into the big top with their production of Ammon’s circus-themed show, A Gothic Folktale, a magical romance involving an original cast of characters based on the tarot. Magic abounds in A Gothic Folktale, both with the performances of the cast and with its incorporation of Denver mentalist, Professor Phelyx. 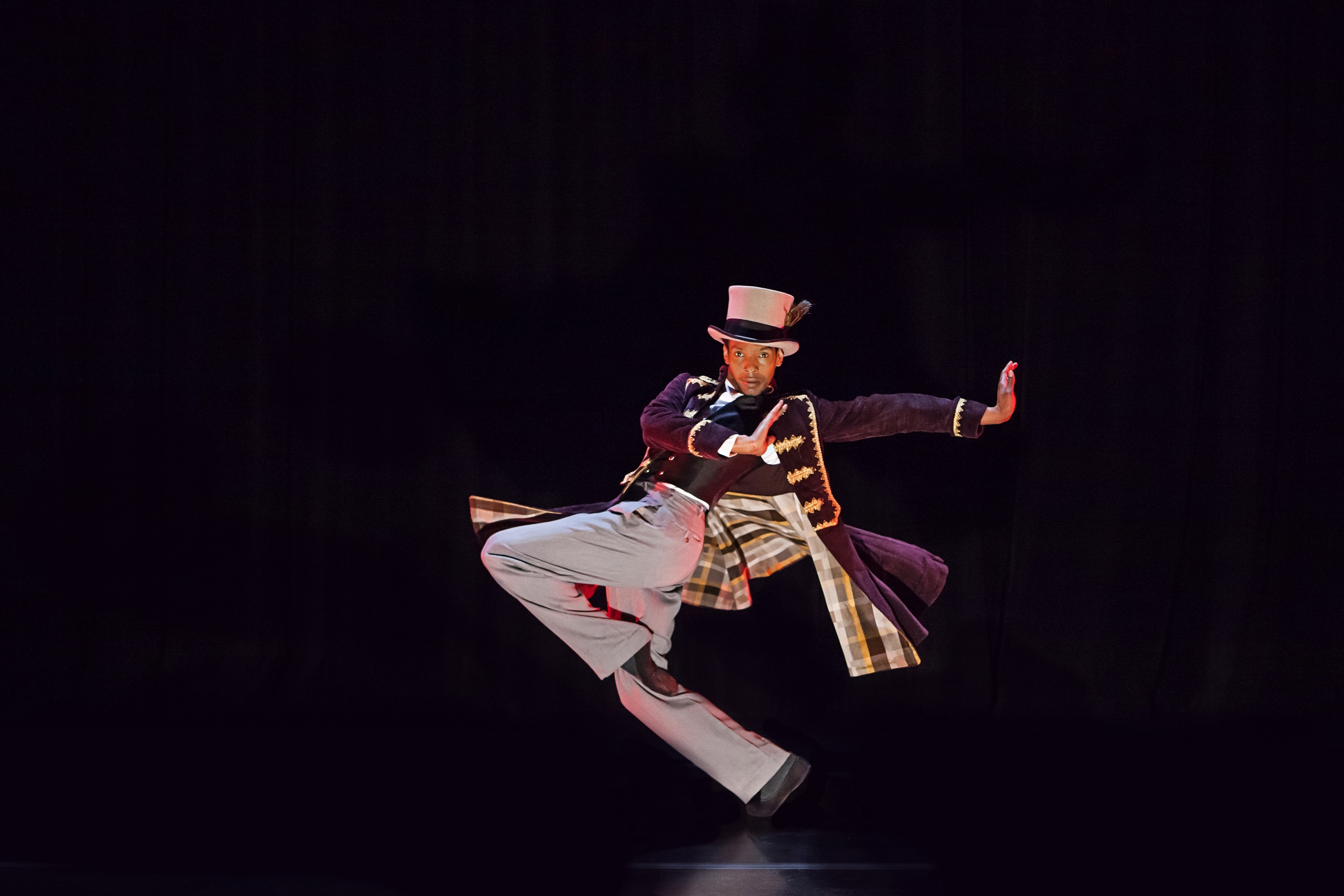 The Ringmaster in Wonderbound’s, A Gothic Folktale. Photo courtesy of Wonderbound.

Professor Phelyx seamlessly weaves audience-interactive illusion into the beautifully-choreographed love story of The Fool and The Star set alongside The Ringmaster’s own dance with fate. The Ringmaster, who is tormented by desire, seeks the direction of a fortune teller, leading to the introduction of individual acts featuring the iconic tarot characters of blindfolded Justice, Death, siamese twins and more, whose stories are reimagined in a vaudevillian circus.

Each scene reveals the journey of both the Ringmaster, who must learn to let go of his love and The Fool, who must learn to go after his heart’s desire.  An intimate tale of destiny and desire are woven together in an elegantly executed story set to the live soundtrack of music by Jesse Manley and His Band.

Manley’s folk-style music incorporates the banjo and musical saw, evoking the hauntingly melancholic sound of a bygone era full of whimsical nostalgia that is both timeless yet contemporary. 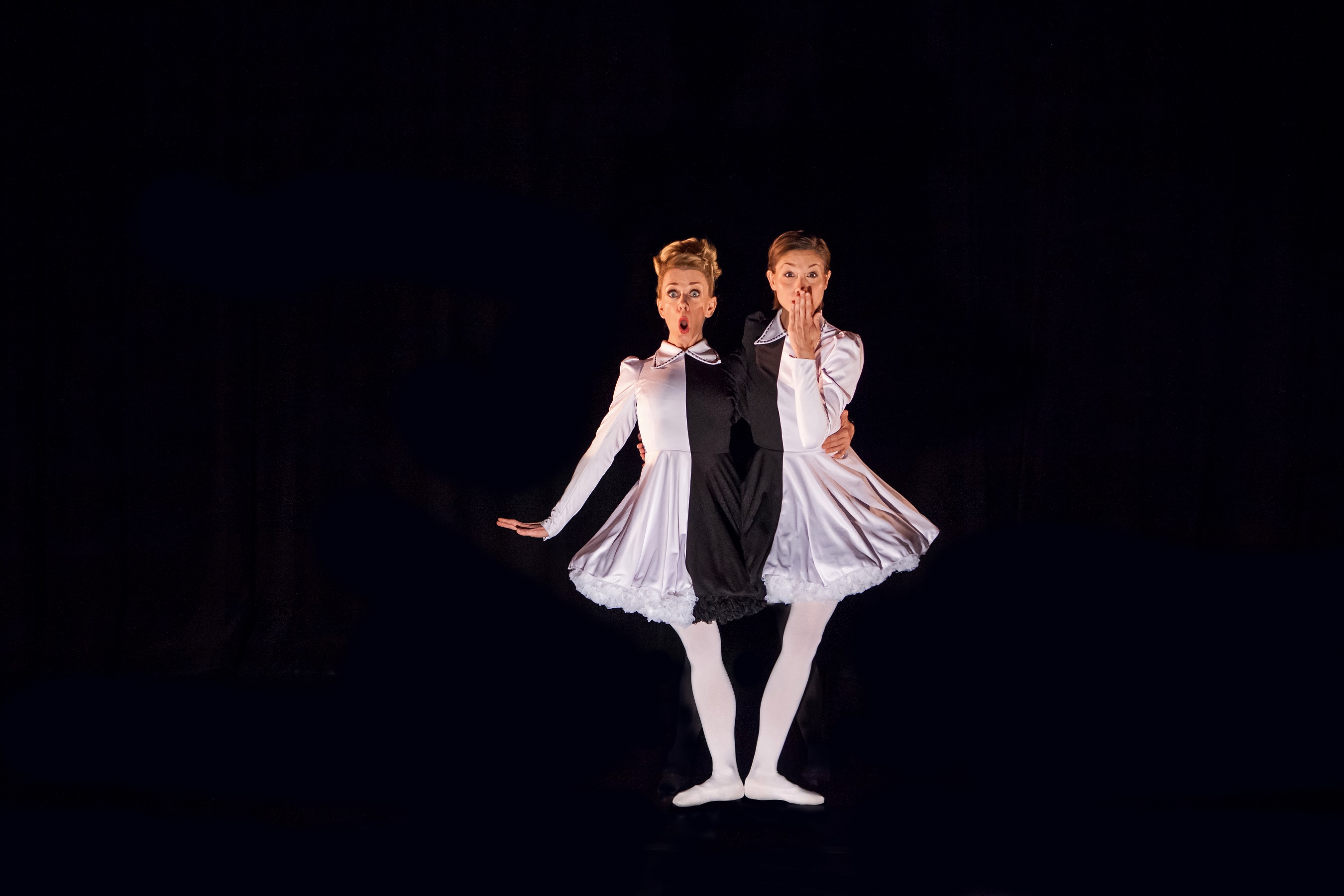 The siamese twins, Millie and Christine, in Wonderbound’s, A Gothic Folktale. Photo courtesy of Wonderbound.

Adding to the unique feel of A Gothic Folktale are the visual splendors that are the costume designs created by Rachael Kras. The set design is minimal with very few props leaving the responsibility of creating a contextual backdrop to the dancers and Kras. Though the stage may be barren of elaborately built sets, the audience feels no lack of atmospheric engagement. The intricacy of each costume and the execution of intimate dance performances by every cast member draws the audience into the story without the need for a traditional theater set. 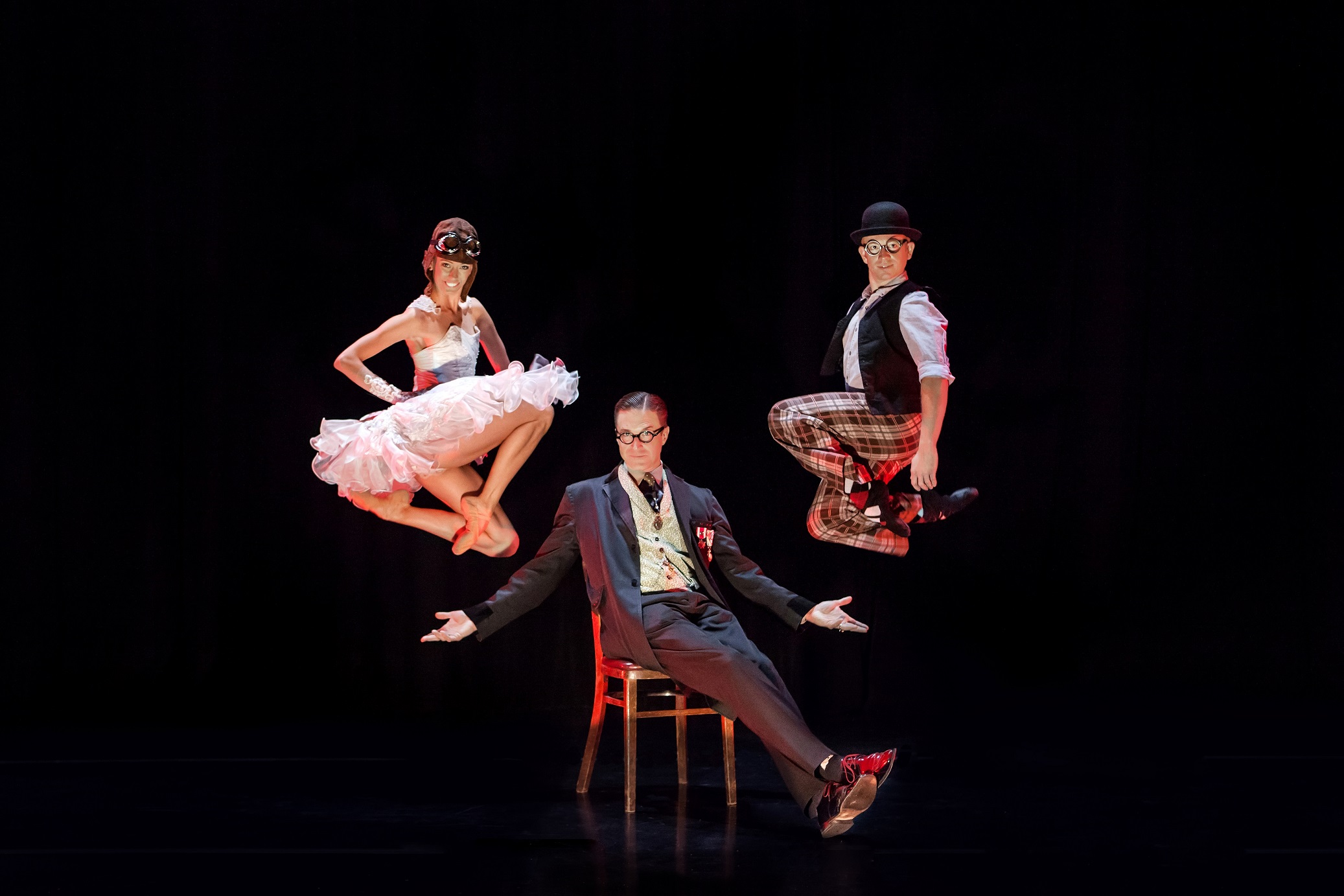 The opportunity to see the magic that is Wonderbound’s A Gothic Foktale, is quickly coming to a close. Only two performances remain in the run of this beautiful story filled with magic and romance conveyed through the exclusive vision of Wonderbound’s dance company. Revel in the delights of the circus on October 22 at 7:30 p.m. or October 23 at 2 p.m. at Parker Arts Culture and Events Center at 20000 Pikes Peak Avenue, Parker, Colorado.

Don’t miss a moment of the magic. Get your tickets here for the October 22 and 23 performances of A Gothic Folktale. Let your senses be bewitched by illusion and movement as a timeless romance unfolds before your eyes among a circus of inventive characters.

Correction: The costume designer for “A Gothic Folktale” was previously listed as Anaya Cullen, this has been corrected to reflect Rachael Kras, who is the designer for this production.