Something is in the water down at the pop-punk factory, and the result is 2016 albums for everyone. Blink-182, Taking Back Sunday, Sum-41, Good Charlotte and Jimmy Eat World have all released or scheduled releases for this year and are hitting the road for hefty tours. Jimmy Eat World was the latest to pass through the Mile High, and made a stop in Englewood on Sunday night.

The ’90s/early 2000s alternative band hasn’t lost much to the tune of a fan base, as they easily filled up The Gothic Theater for a full-blown blast-from-the-past and rocket-to-the-future type of set, covering both old and new material. From what could be picked up from the new stuff, the October 21 release of Integrity Blues should be well-received.

Through the doorway encasing a large metal detector, the Gothic was swarming with fans of all ages. The opening band (originally The Hunna, but the final openers were Denver band Montoneros) played to a slowly filling room. The main attraction was ready to pounce the stage a 9 p.m. sharp. 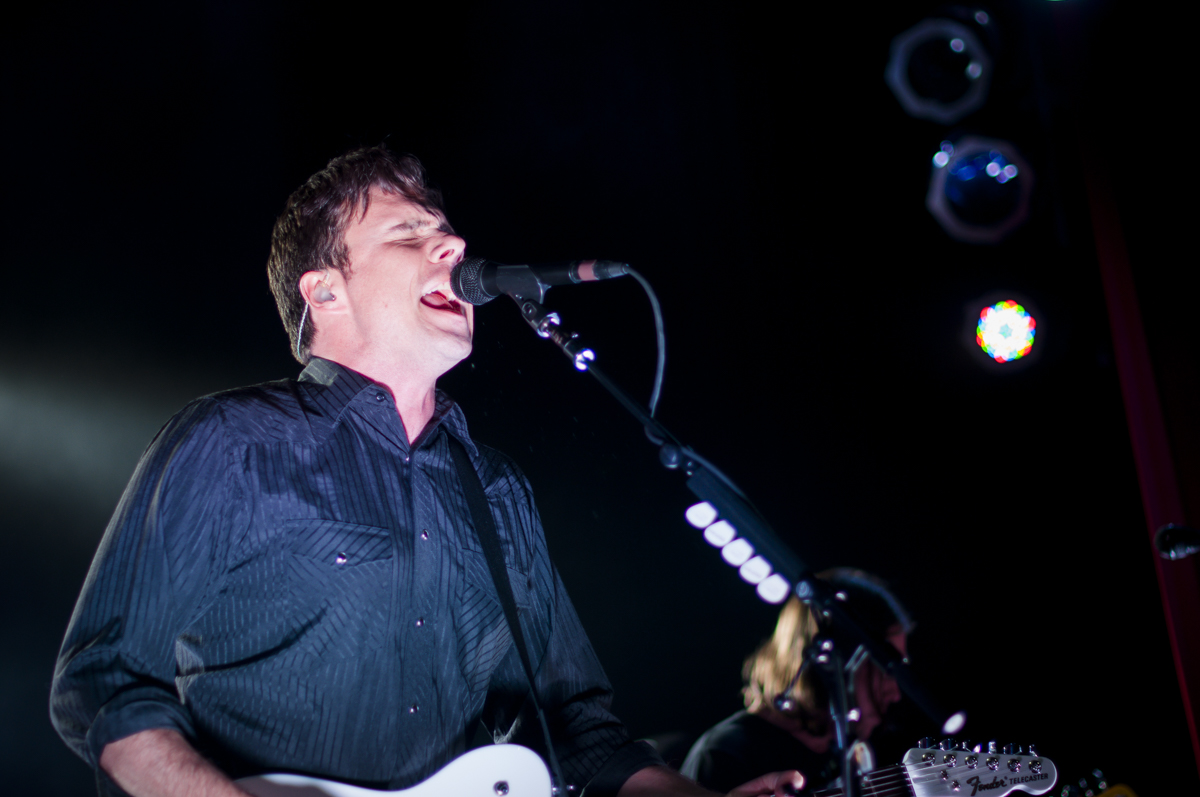 “Thank you, thank you, we are so happy to be back,” announced lead singer Jim Adkins. The group opened the set with the new banger “Get Right” from their forthcoming album. The next song, “Bleed American,” was one everyone could shout along to, as the track was one of the group’s highest-rated singles from the album of the same name.

“I Will Steal You Back,” “Big Casino” and “Authority Song” all relinquished sing-a-longs from the deep rooted fans of the crowd, with Adkins’ voice sounding every bit Jimmy Eat World. “That’s a whole ‘lotta ‘Ow!’’ he laughed into the microphone in response to cat calls from the ladies.

“We’ve been coming here to play since 1996… We have a lot of friends, a lot of enemies and a LOT of restraining orders.”

Lights dimmed and the vibe slowed down for the beautiful “Hear You Me,” which has the ability to send even the toughest soul to mush, or at least remind them of every single sappy soundtrack known to pop-culture. However, the stomping and clapping to rev up “Let It Happen” washed the tears away and got the bodies moving again.

“In Arizona, it gets old when bands always say ‘It’s really hot here, you know,’ and I bet you guys get sick of hearing pot jokes, so this is the only one I will say,” Adkins said, as drummer Zach Lind assisted with the traditional joke-indicating sound of “bad-dum-tsh” that drummers do, gaining a chuckle from the audience.

“Futures” and “Blister,” both throwback joys to vintage fans of albums Futures and Clarity, were taken in with fist pumps in the air and bodies going up and down. The new track “You and Me,” a trancy-punk ballad with intriguing lyrics such as “what makes our love so hard to be / is it you, or is it you with me?” proved that although Jimmy and his ever-Eating World have evolved, they embody the same emotions and soul-swaying hits that Adkins’ familiar voice inspires. 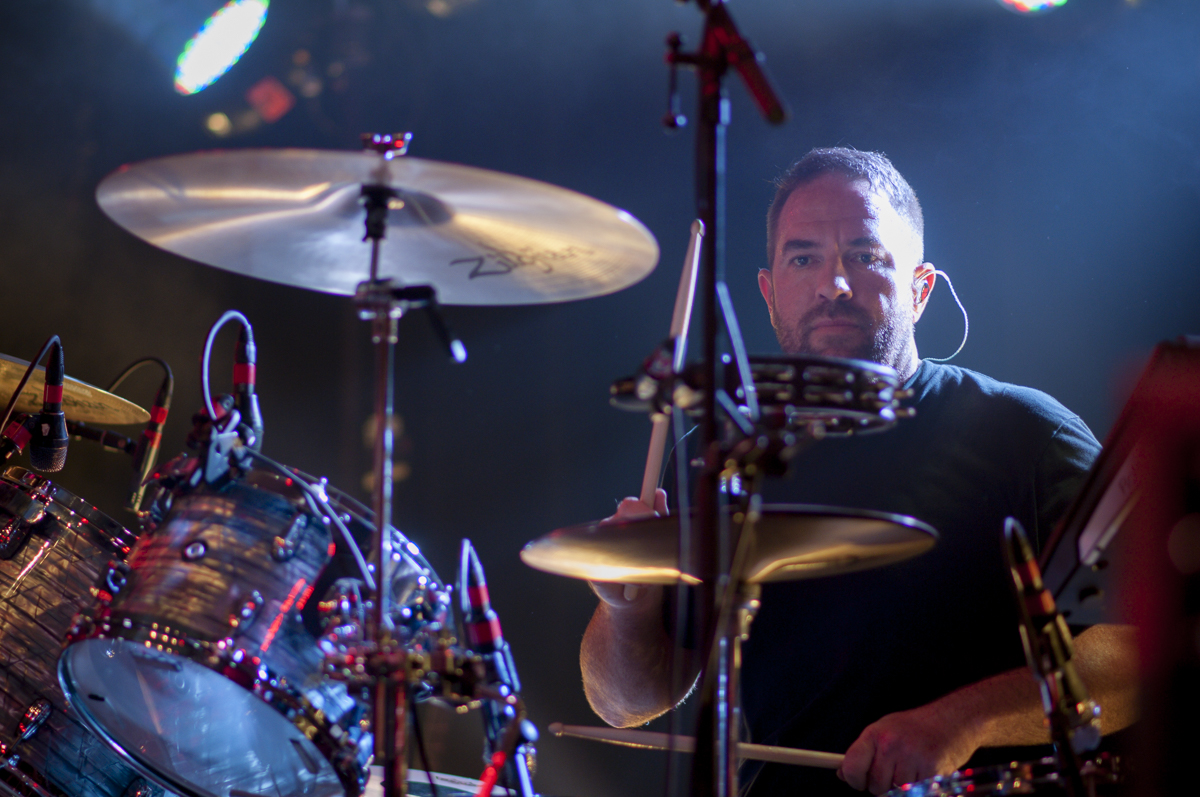 The back half of the set continued with as much momentum as the first; however, with “Work” and “Pain” behind it, the set-list was assumed to be veering towards some major hits, implying the end of the show was near. As the gentlemen left the stage for a quick encore, it was not hard to tell what two ferociously famous songs were to come next. “The Middle” opened the three-song encore, the new song “Sure and Certain” served as the meaty substance and of course “The Sweetness” closed out the night. Overall, the show was a perfect testament of an iconic yet aging band; they proved their new product was worthy of the hype, but the songs we have adored for many decades will never dissolve.