Some 16th Street Mall-goers tread the street with caution. Some zombie apocalypse believers hid in fear. But the spirited pedestrians and zombie fanatics mingled with the best-looking zombies, and many turned into the walking dead themselves. 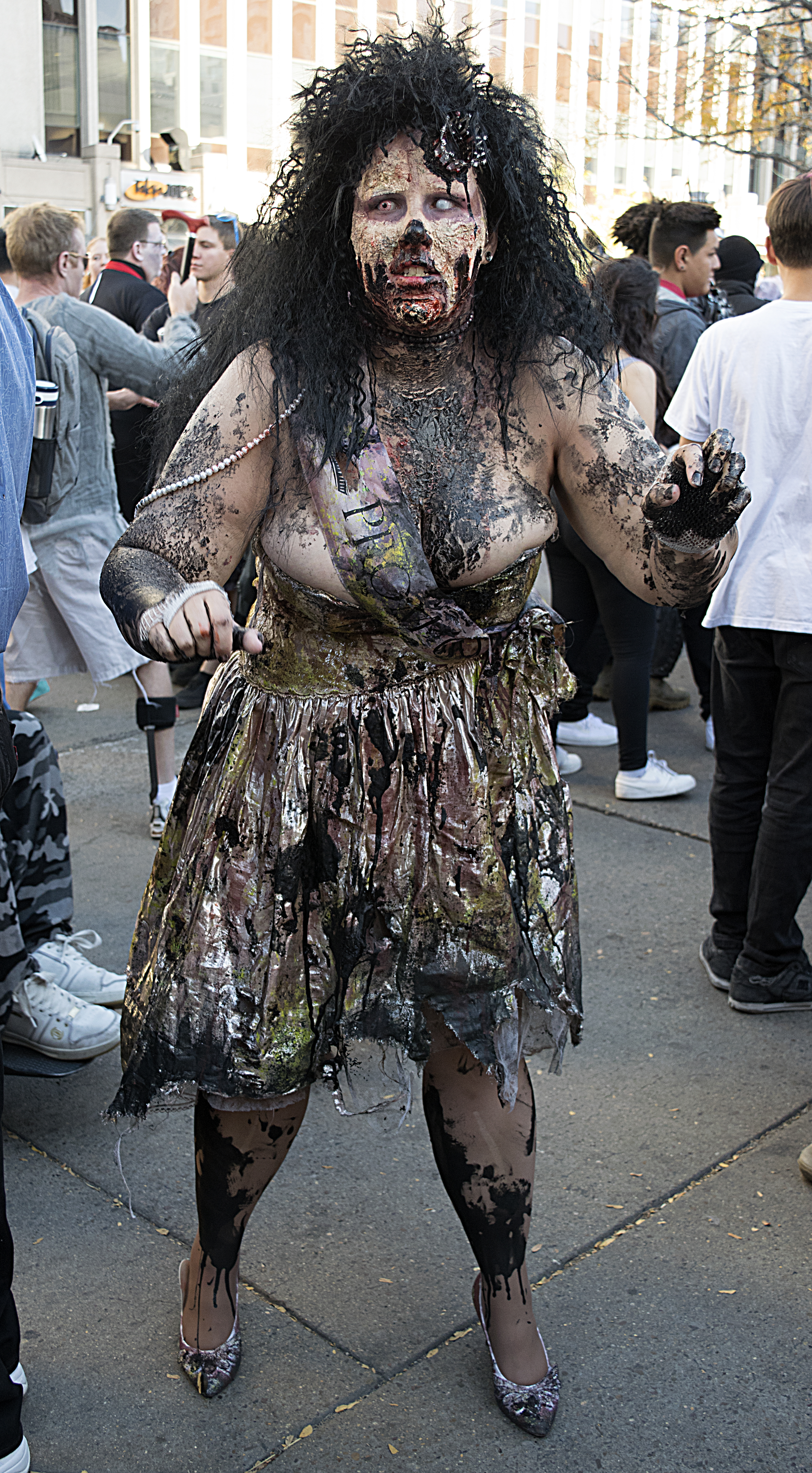 Ann’s crazy contacts, wild hair and stained clothes made pedestirans turn the other way in horror. 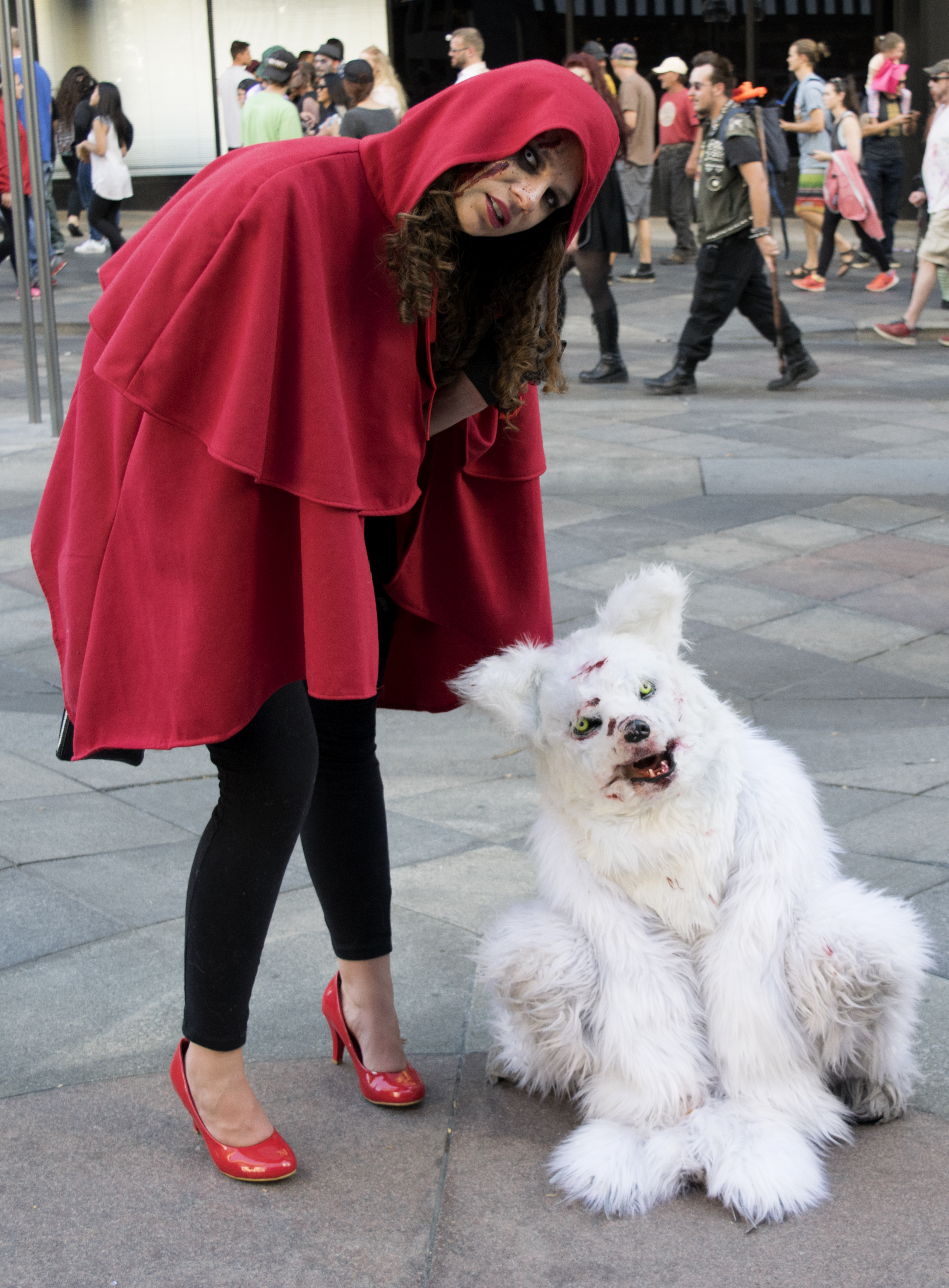 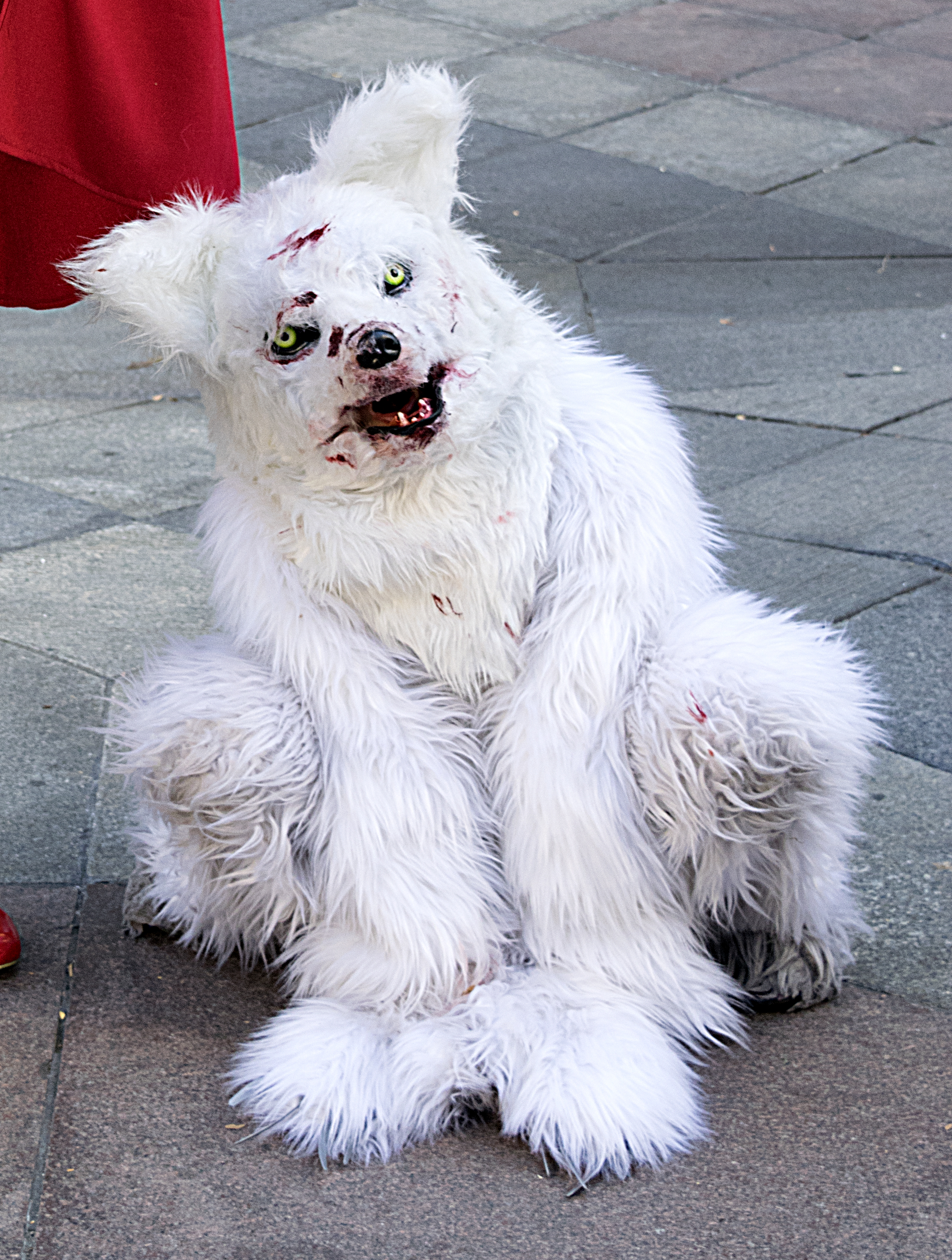 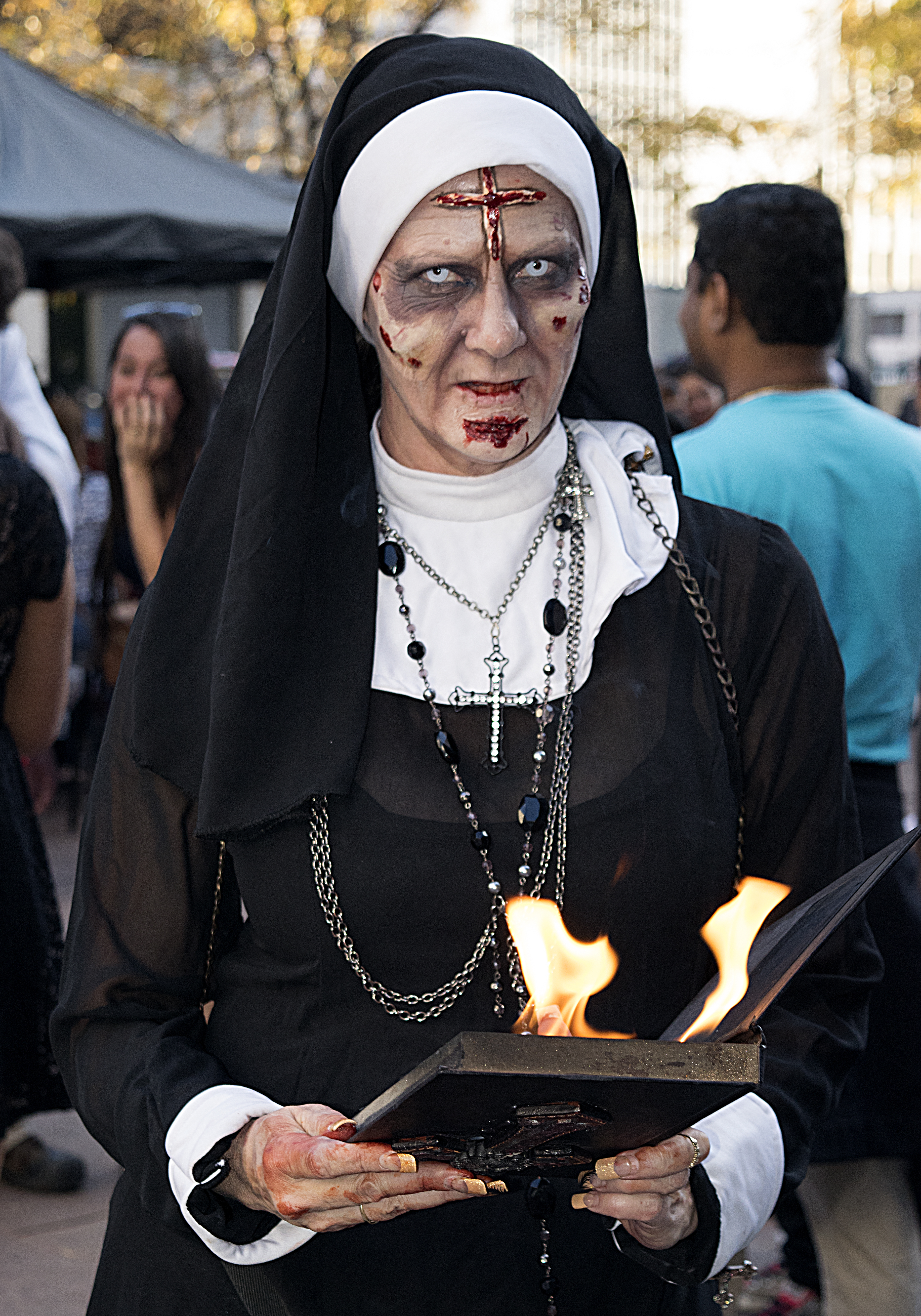 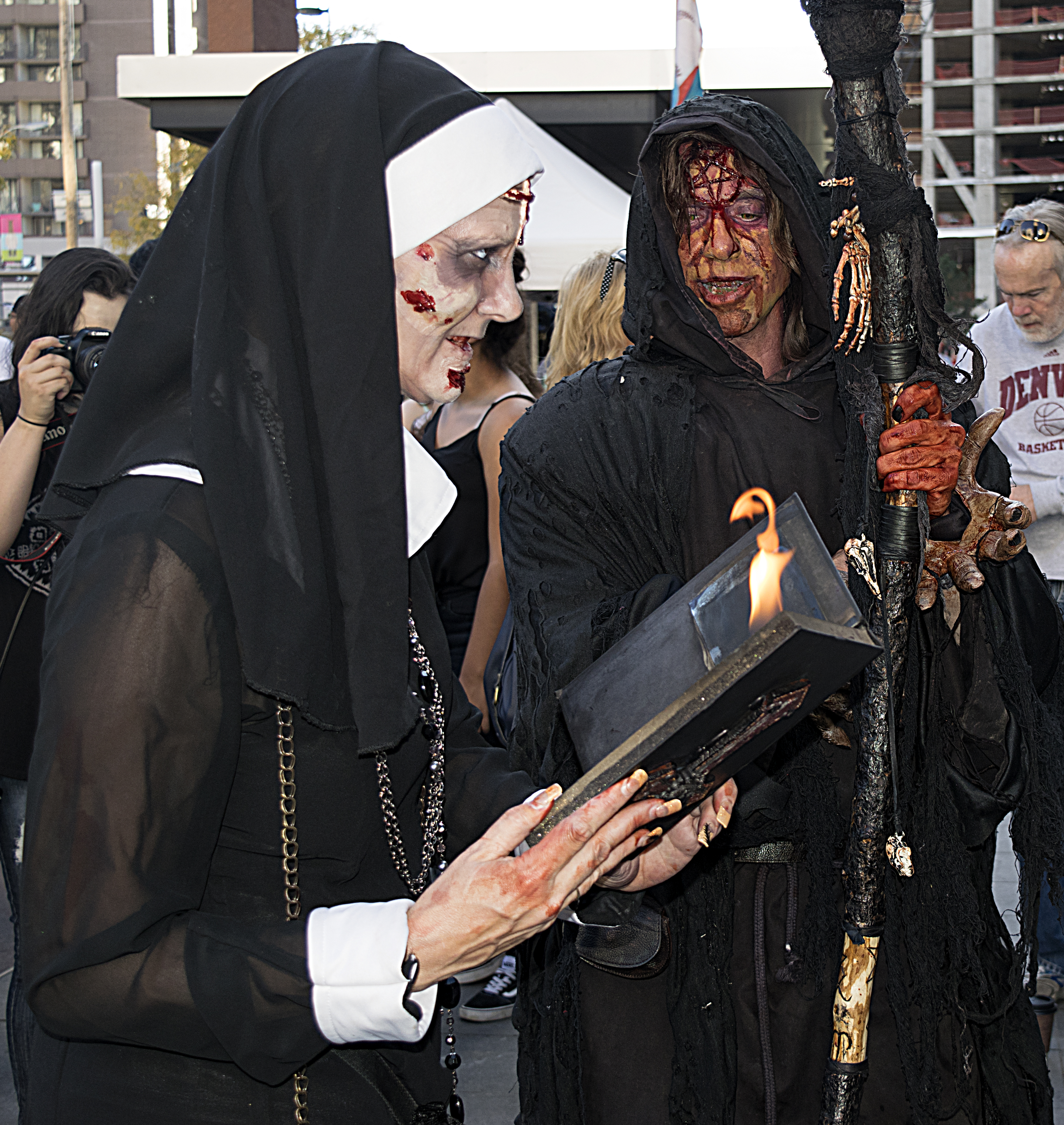 “We started as a priest and a nun. Now, he’s a warlock,” said Rhonda about her and Michael’s costumes. 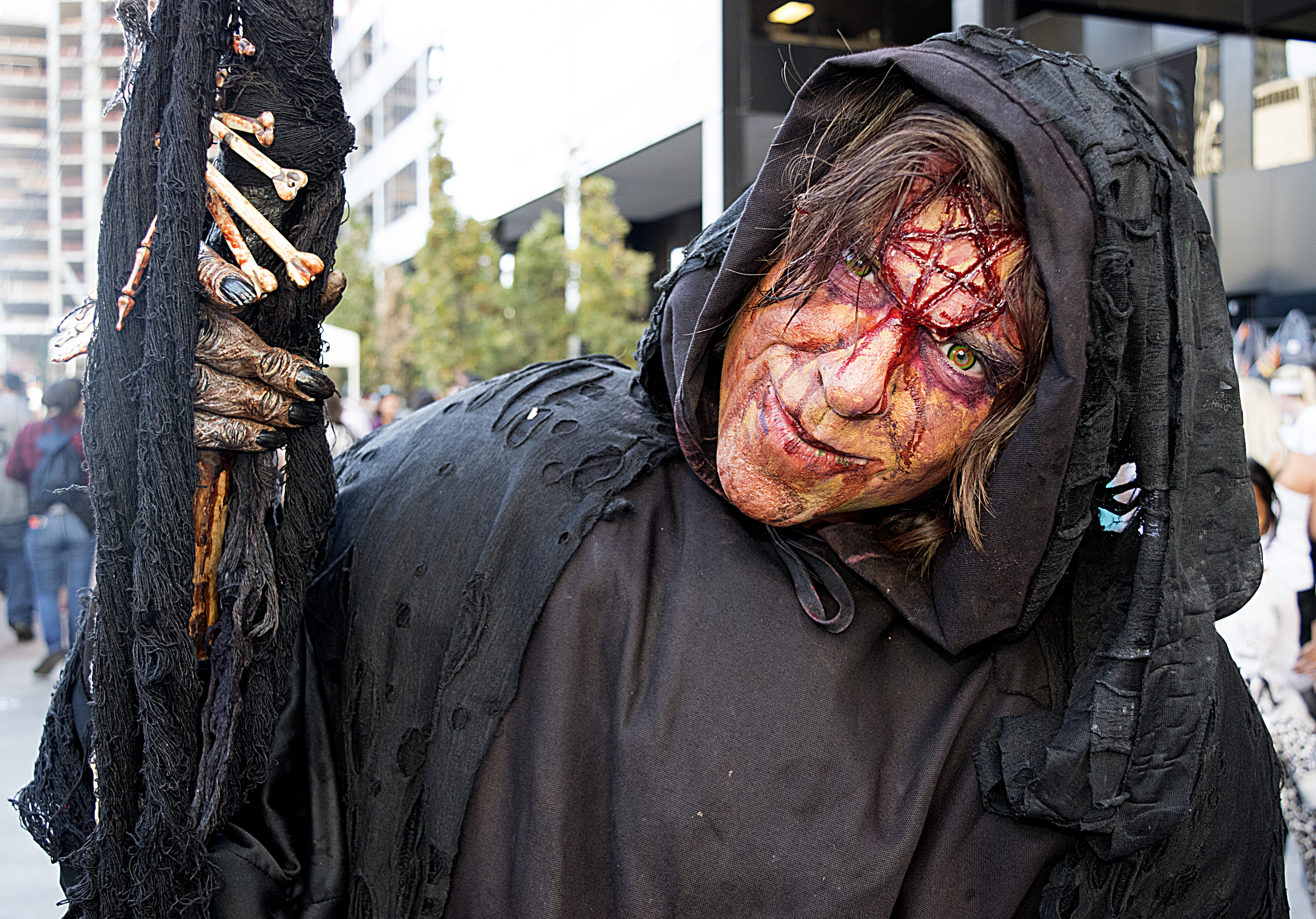 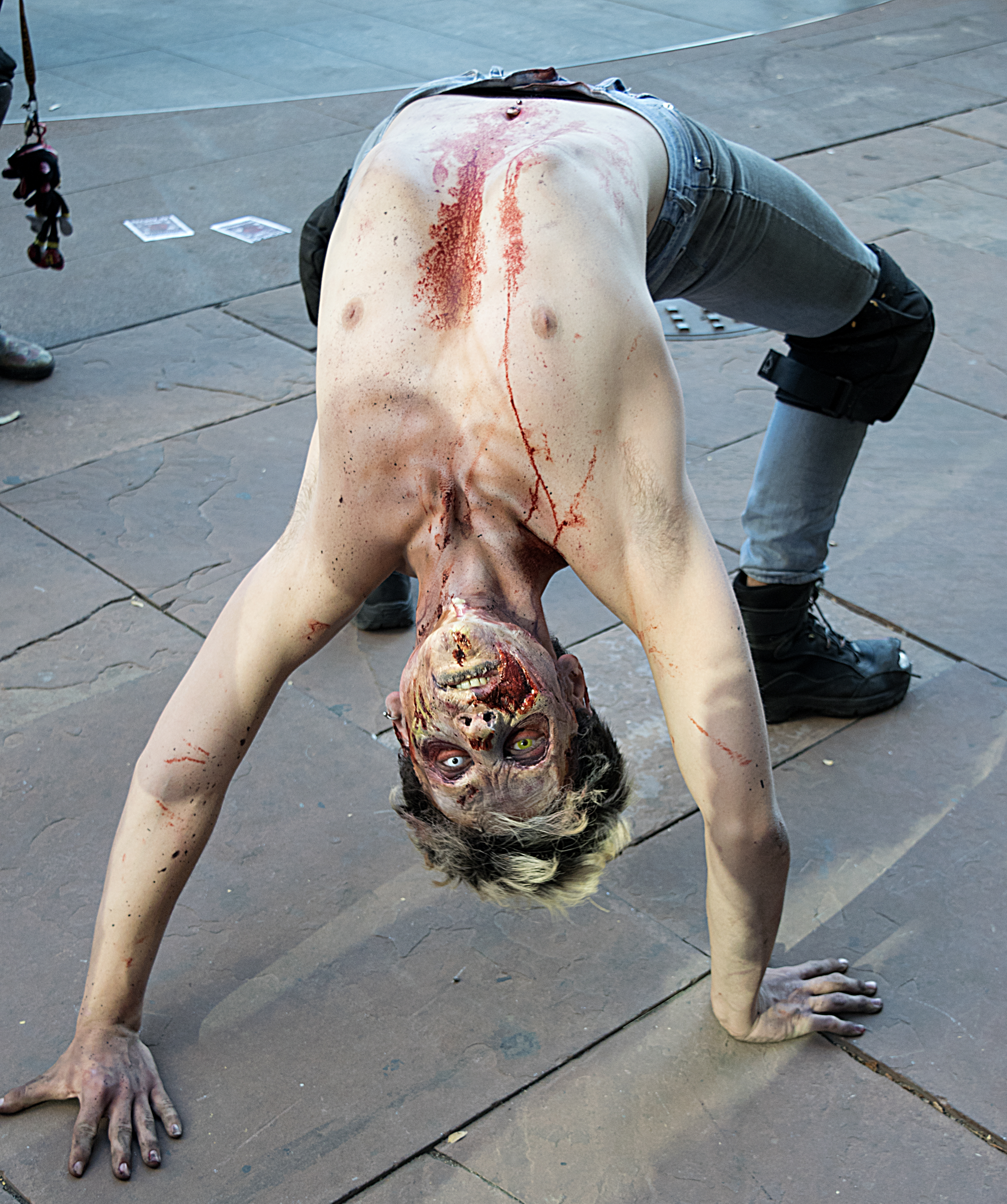 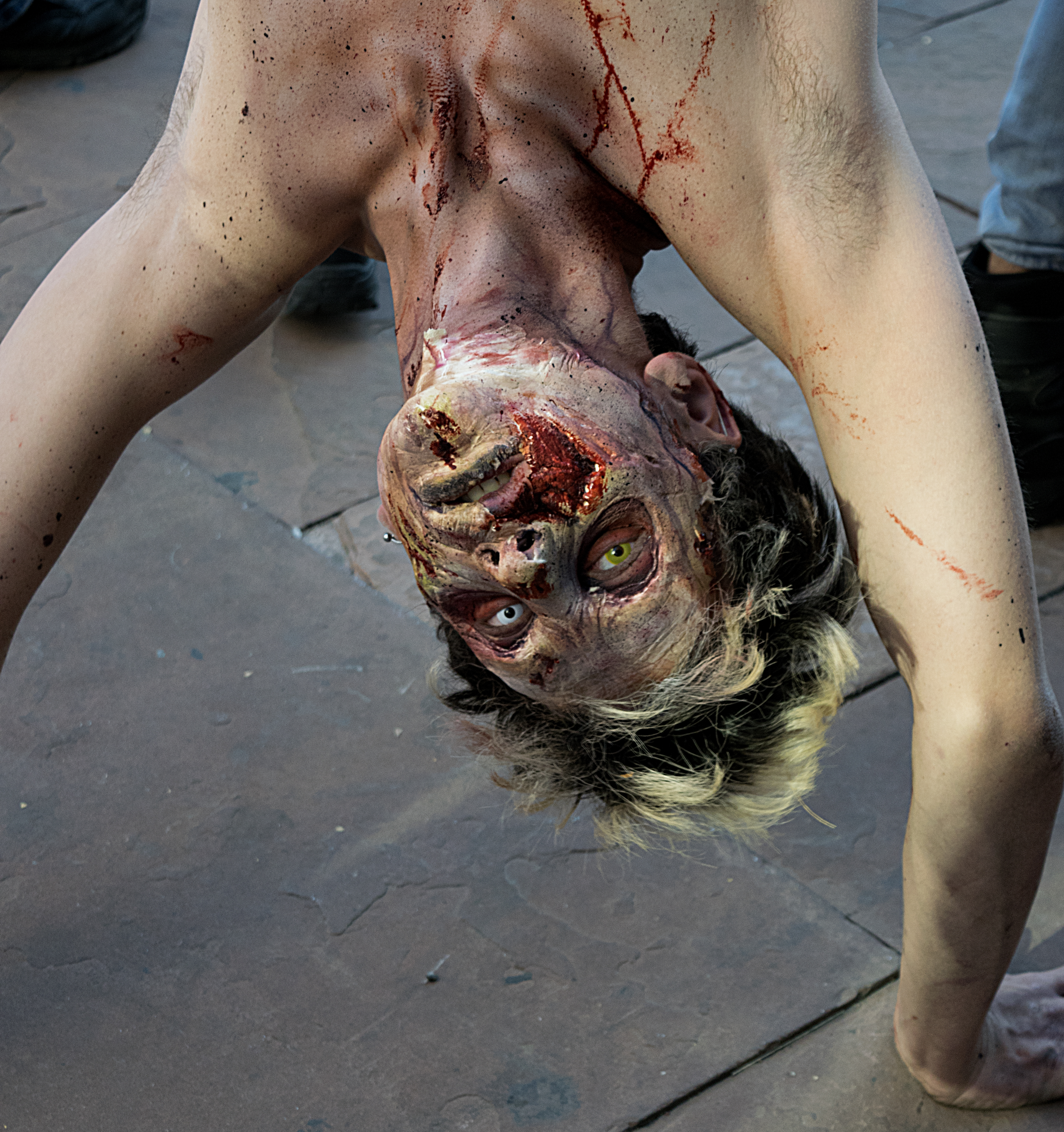 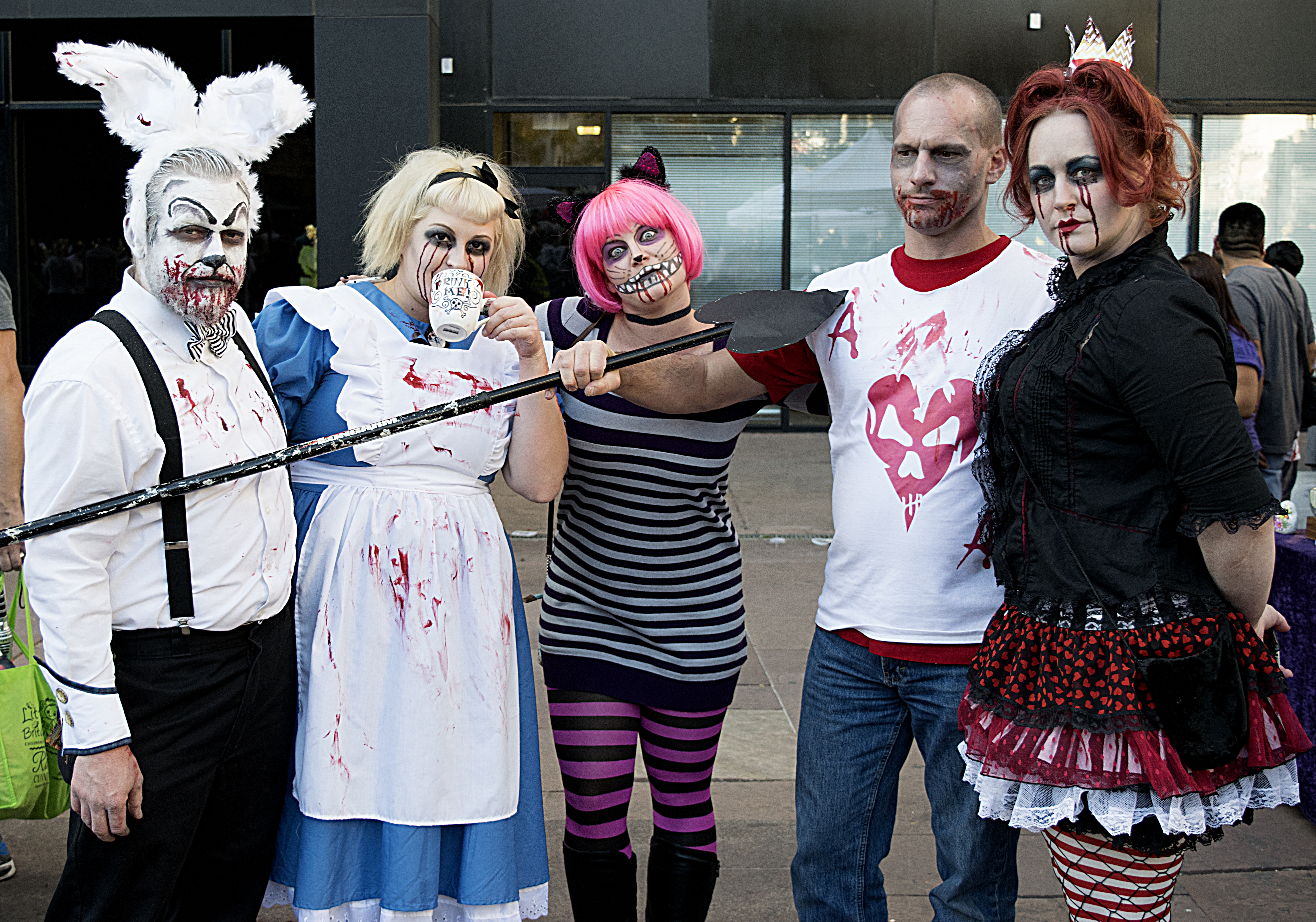 “This is our first time as a group. It’s a lot of fun,” said Rebecca about her “Alice in Wonderland” costumes with Chris, Carla, Christine and Steve. 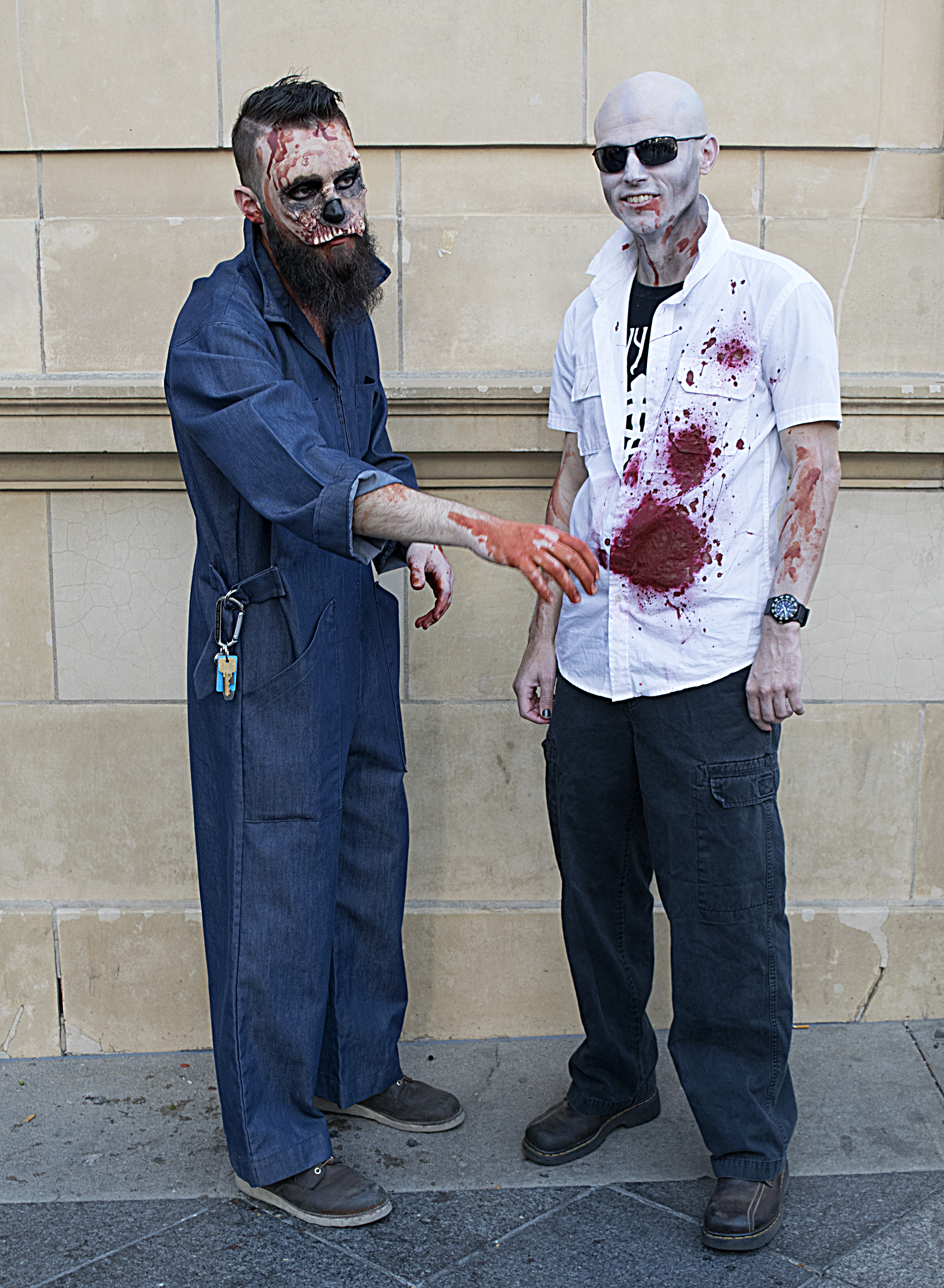 Anthony and Tim said they created their costumes around “the meaning of life.” 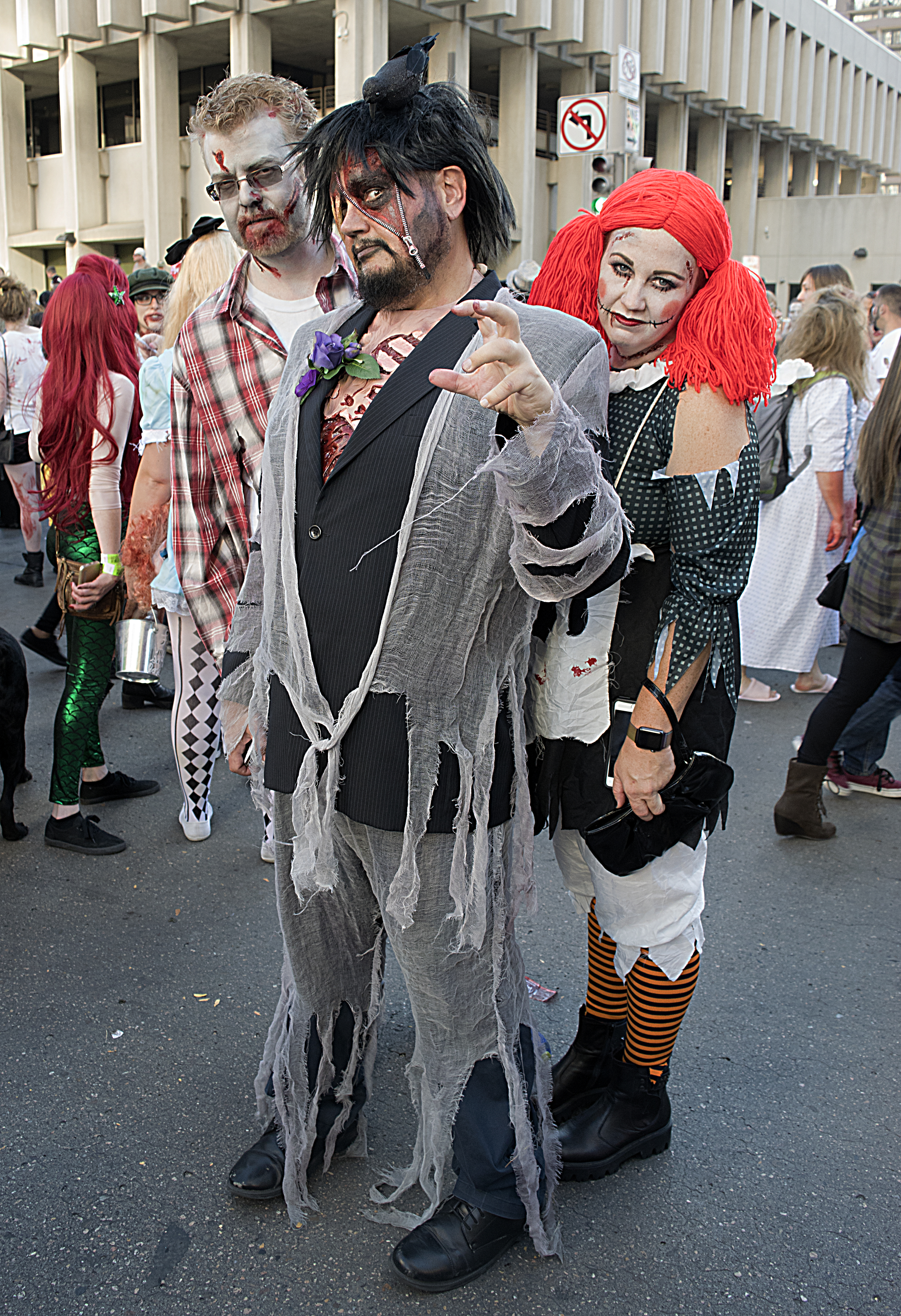 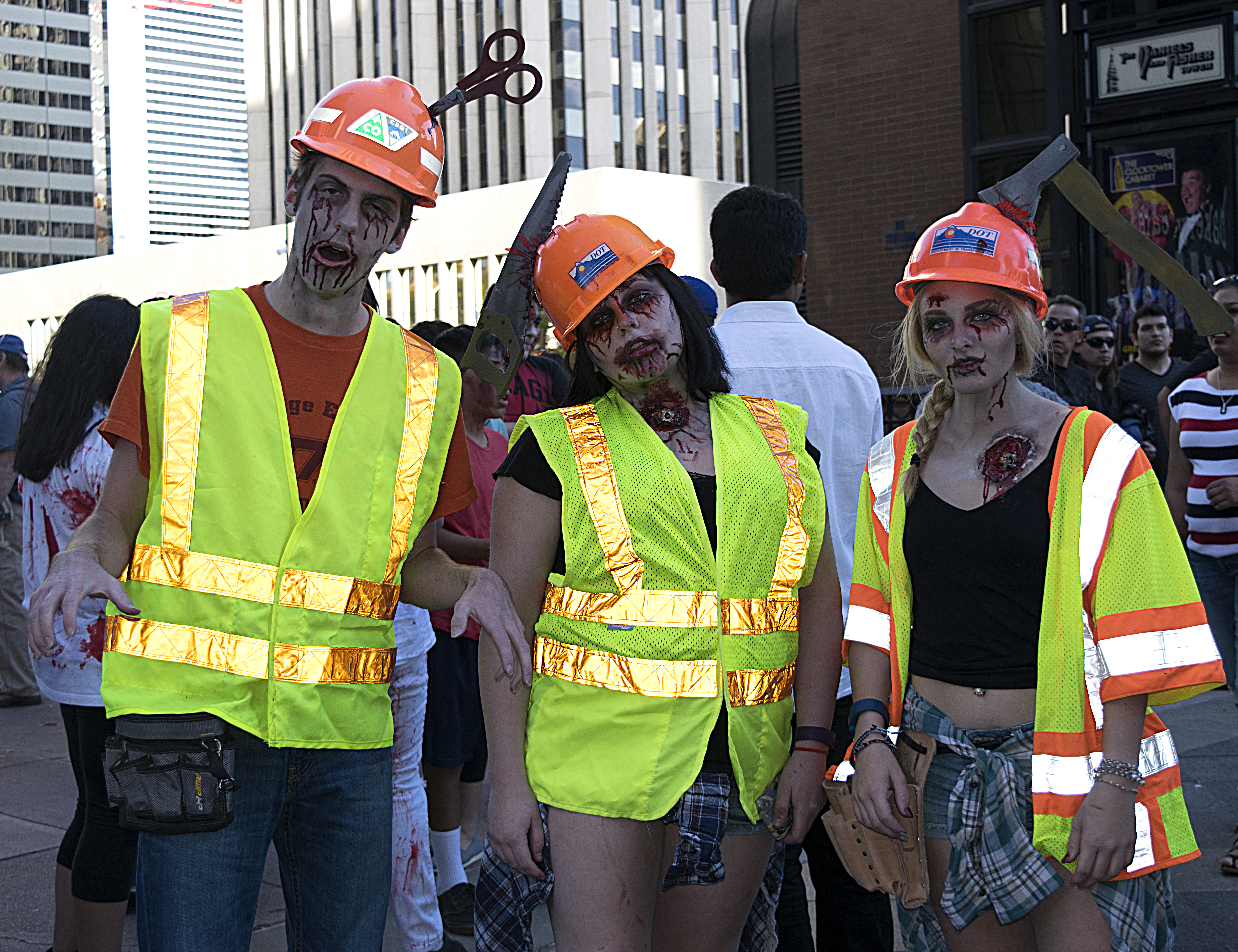 Denver construction took a break when Trent, Mikayla and Paris showed up on site. 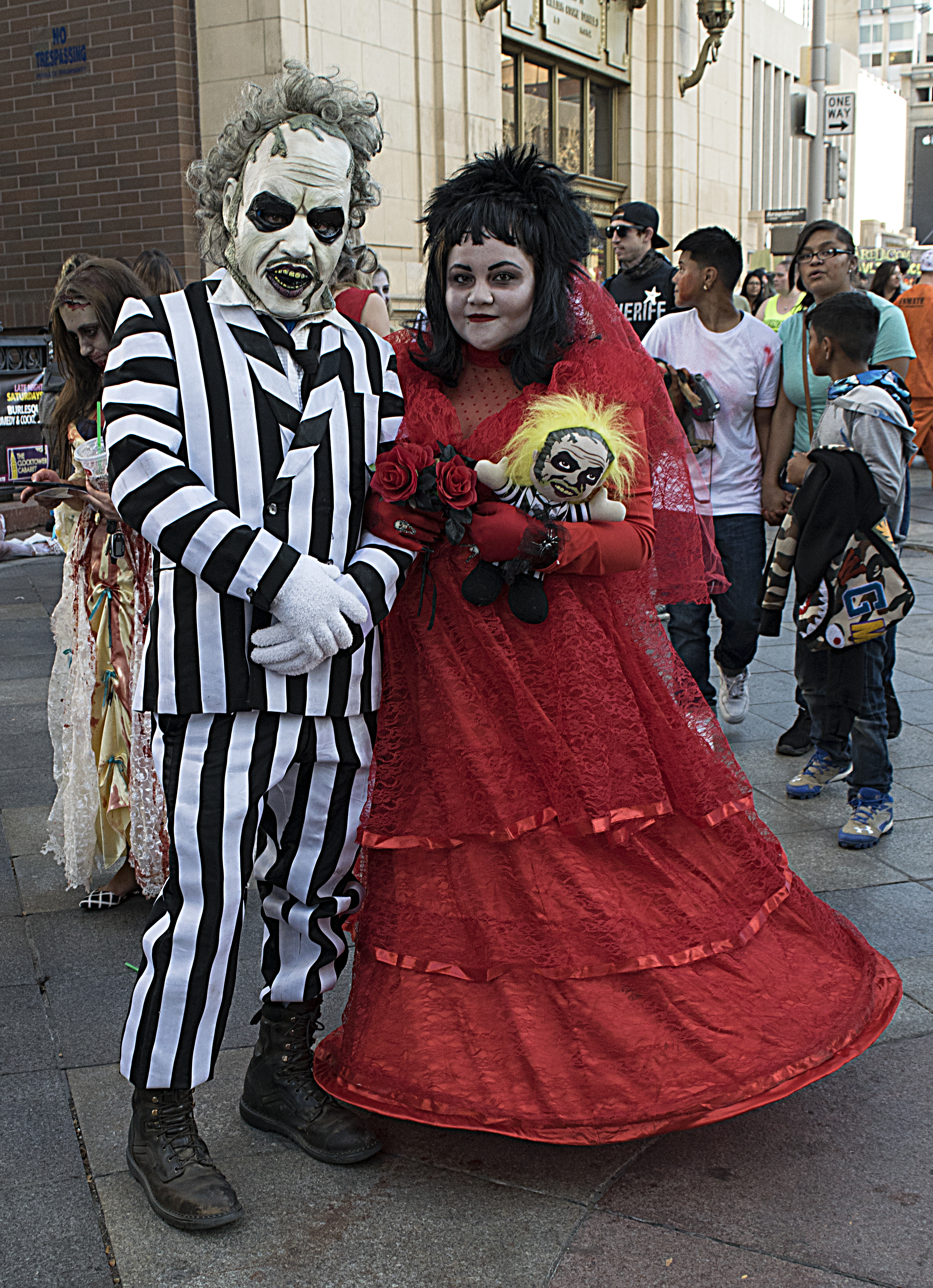 “We were watching the movie last night: ‘Beetlejuice,’” said Cynthia about her costume with David. 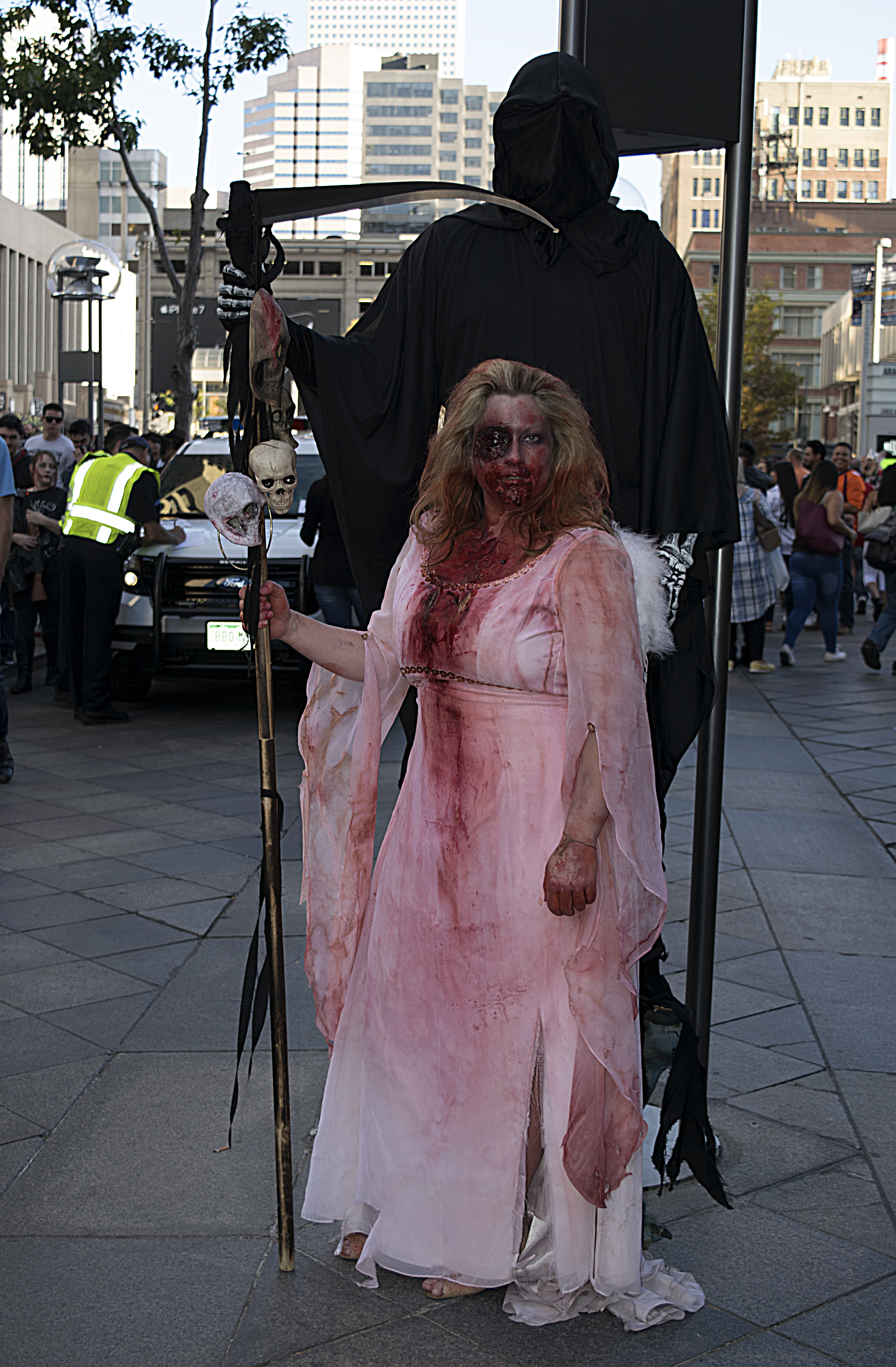 “If Death dies, what does Death do?” said Crystal about her costume with Dane. 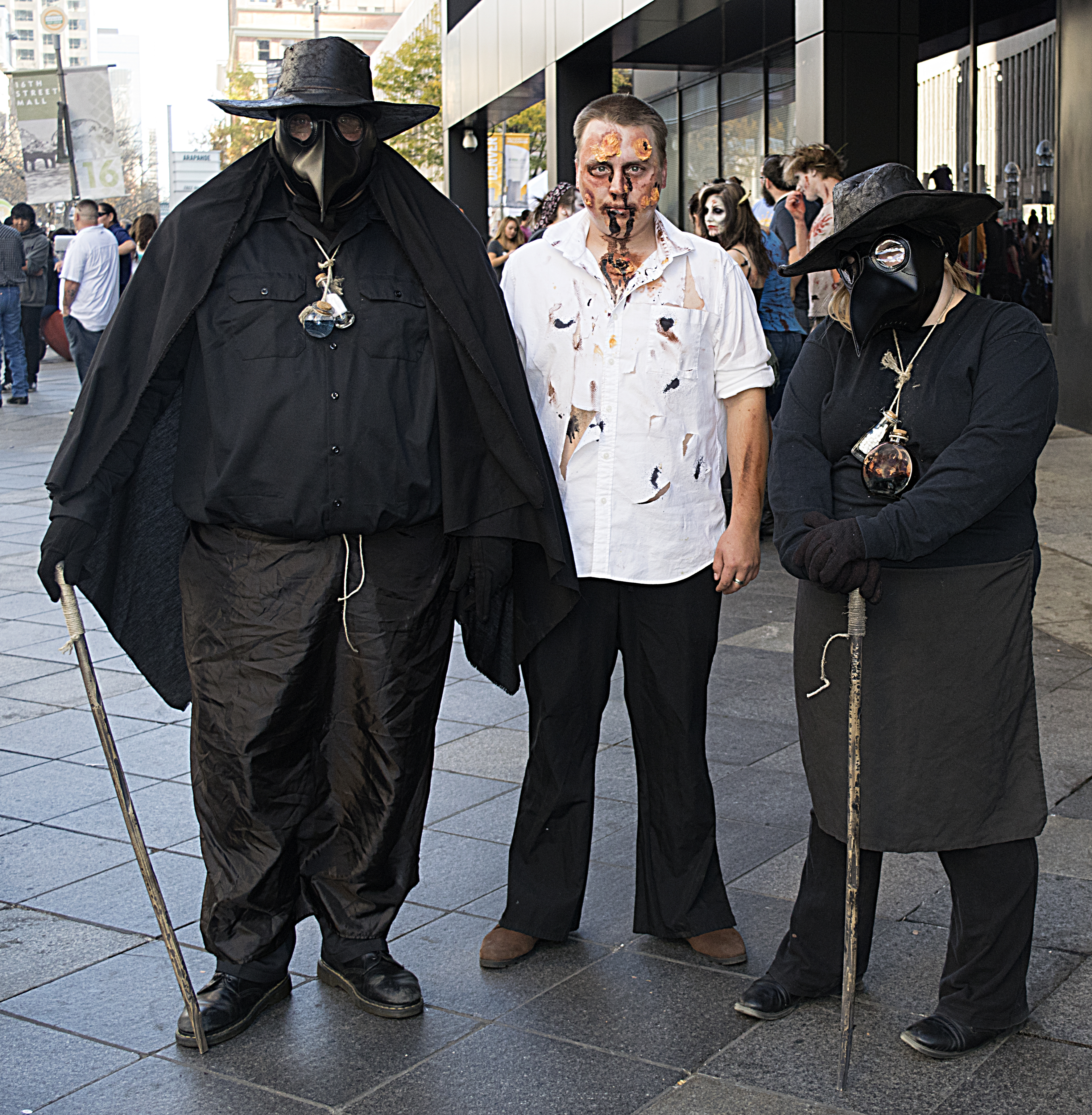 “No movies, just the Bubonic plague.” -Derrick, Chris and Morgan 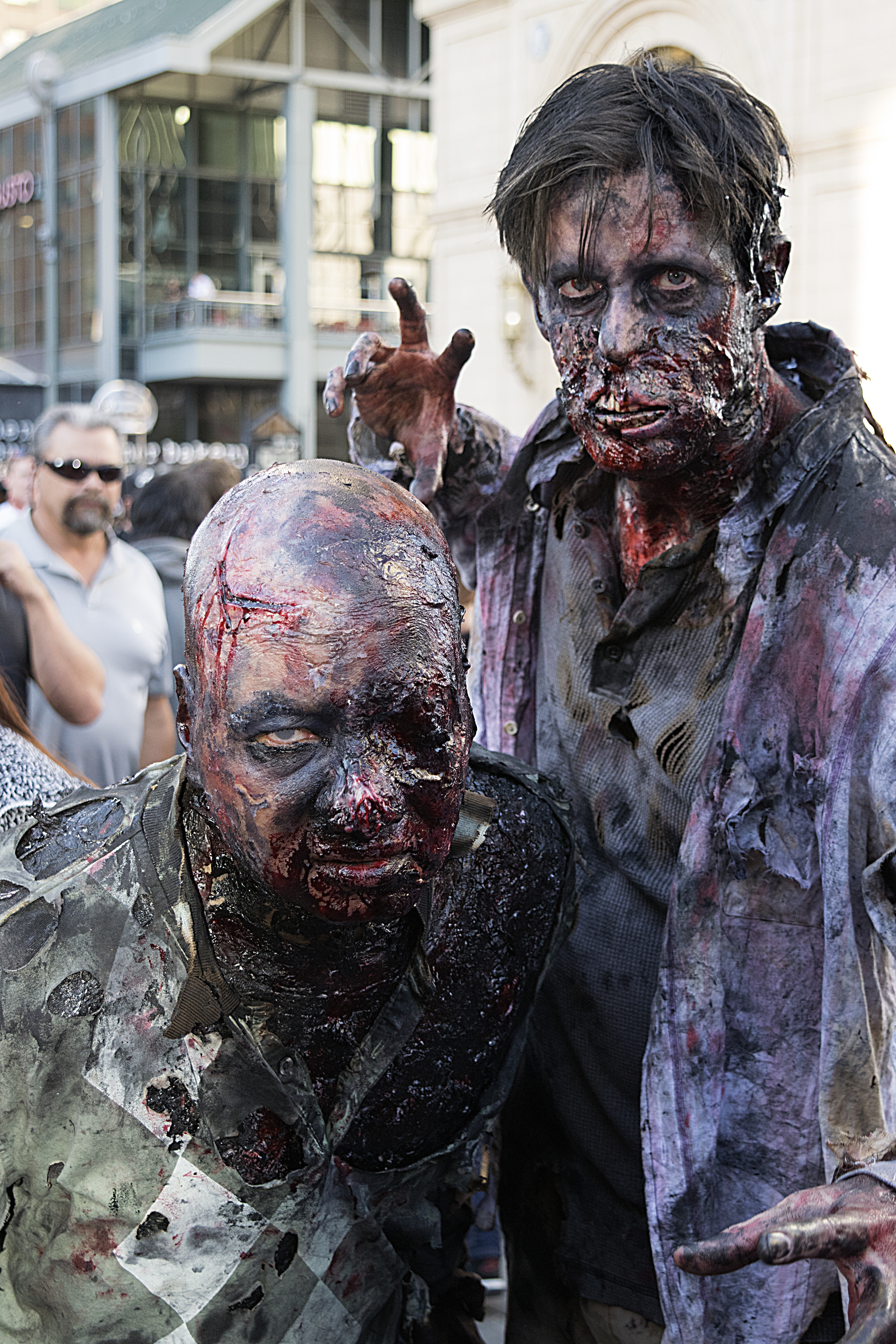 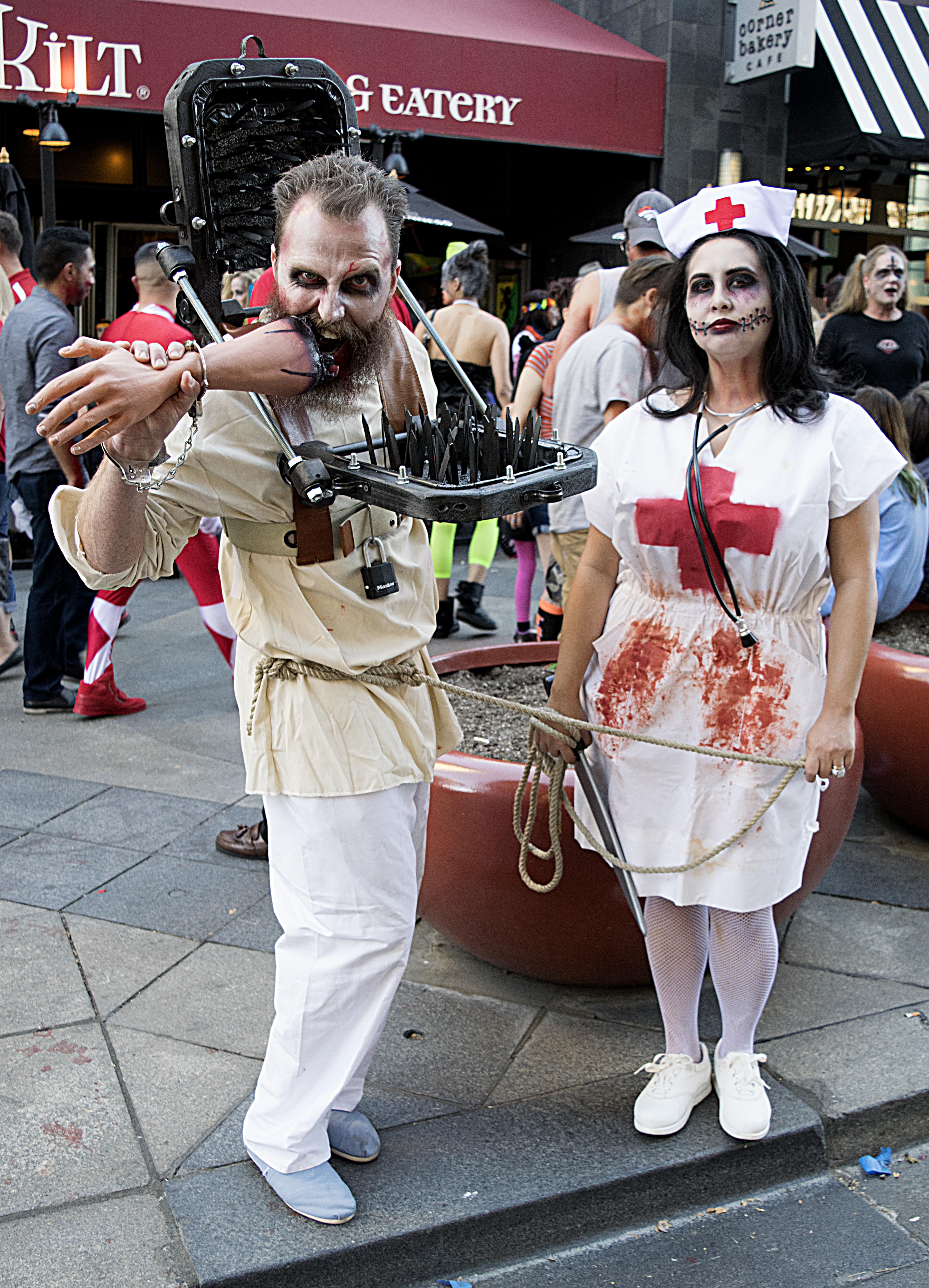 “I’m a P.A., and he’s my psych patient. I like to torture,” said Jennifer about her costume with Nikoli. 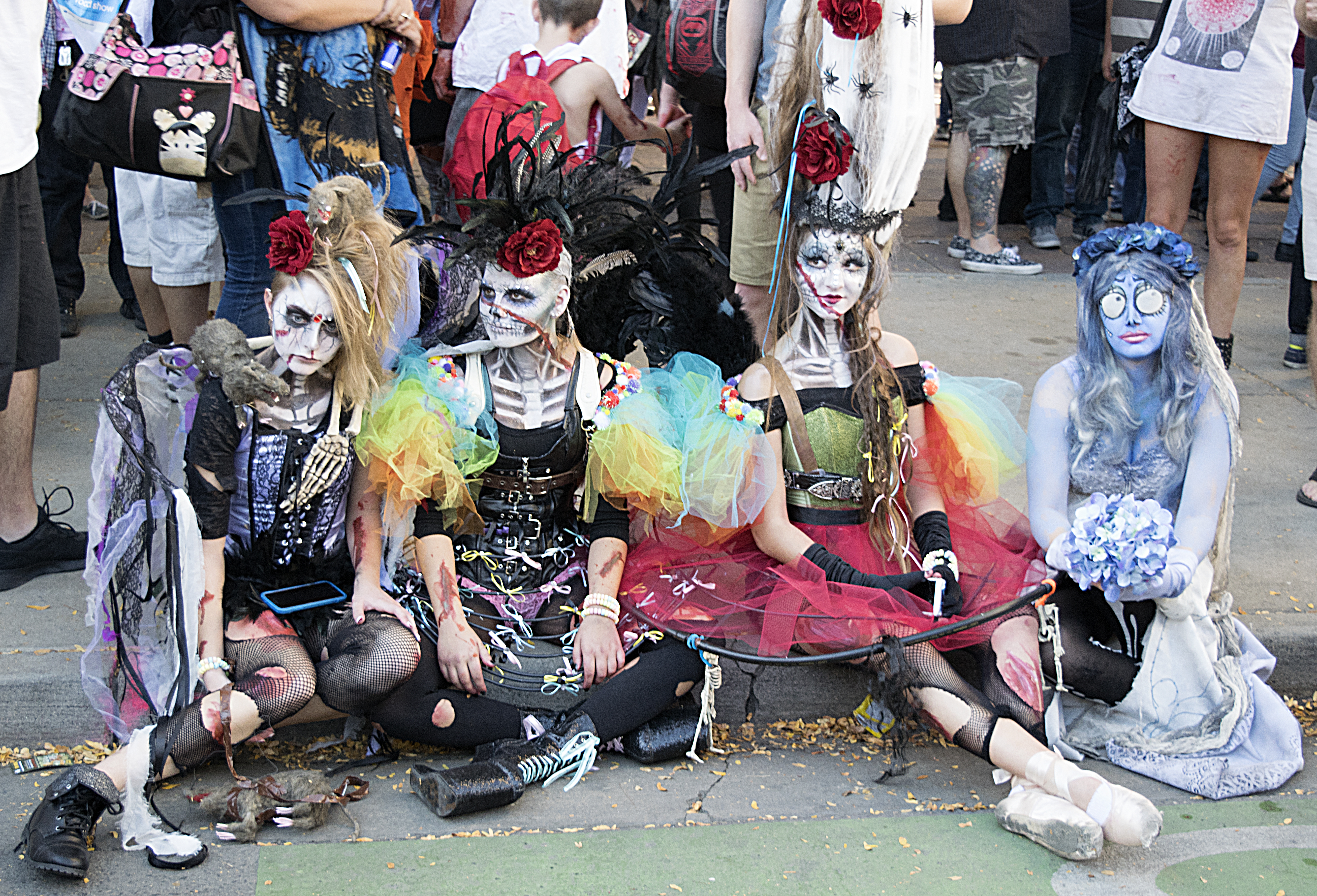 Madi, Charlotte, Cadie and Cassie showed that zombies can be feminine and fearsome. 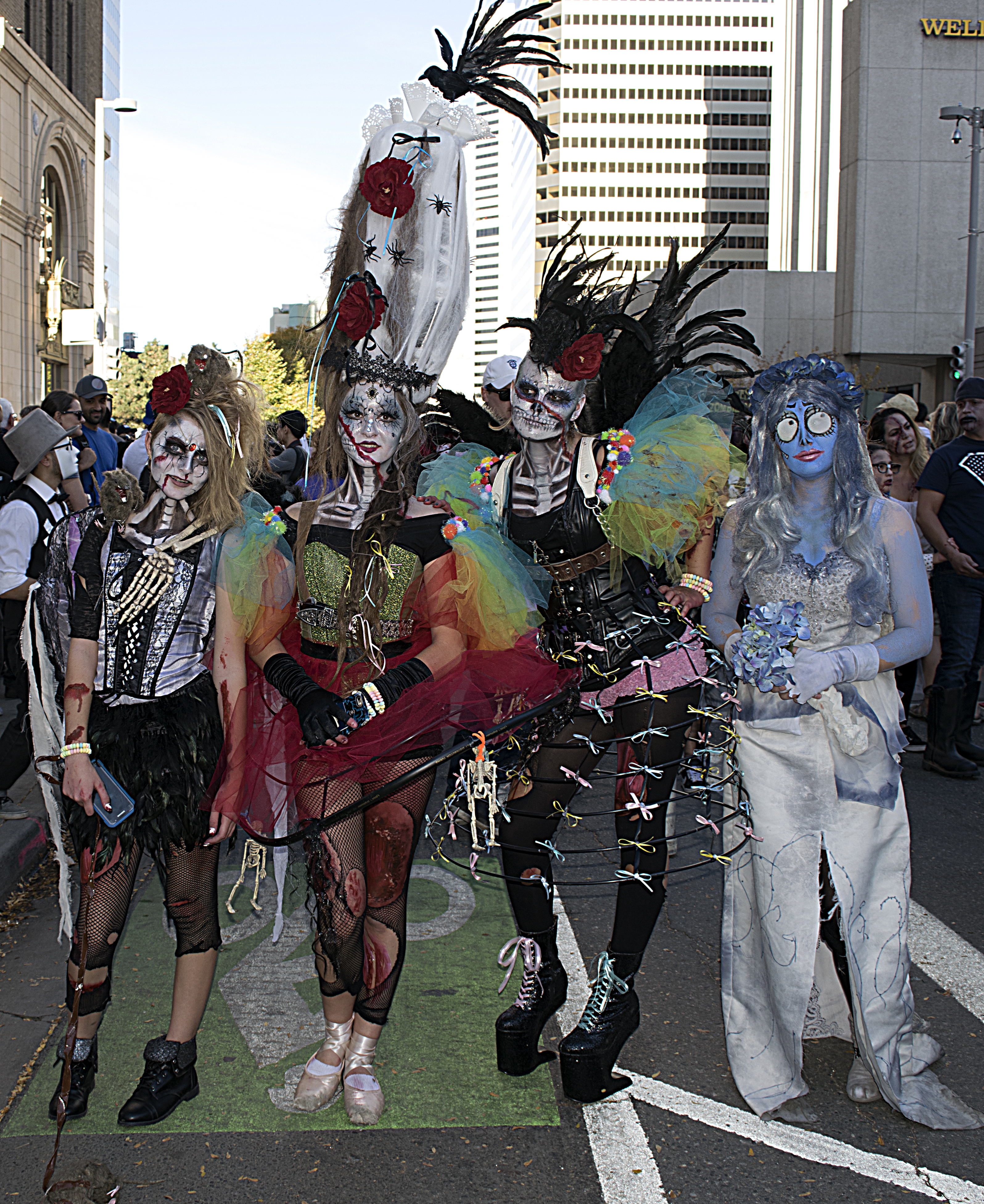 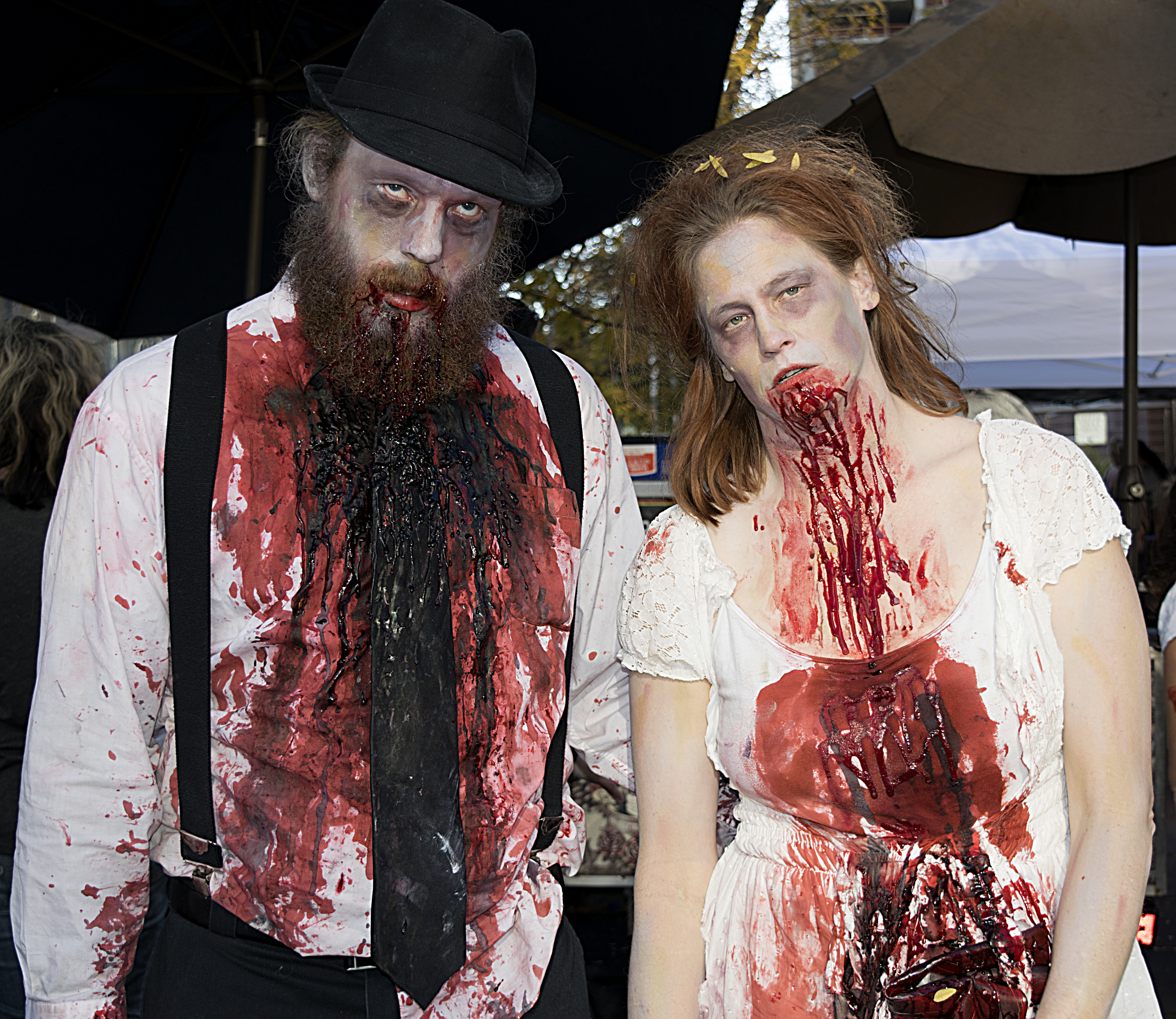 John and Jamie’s white clothes were stained with blood and their smiles turned to vacant stares. 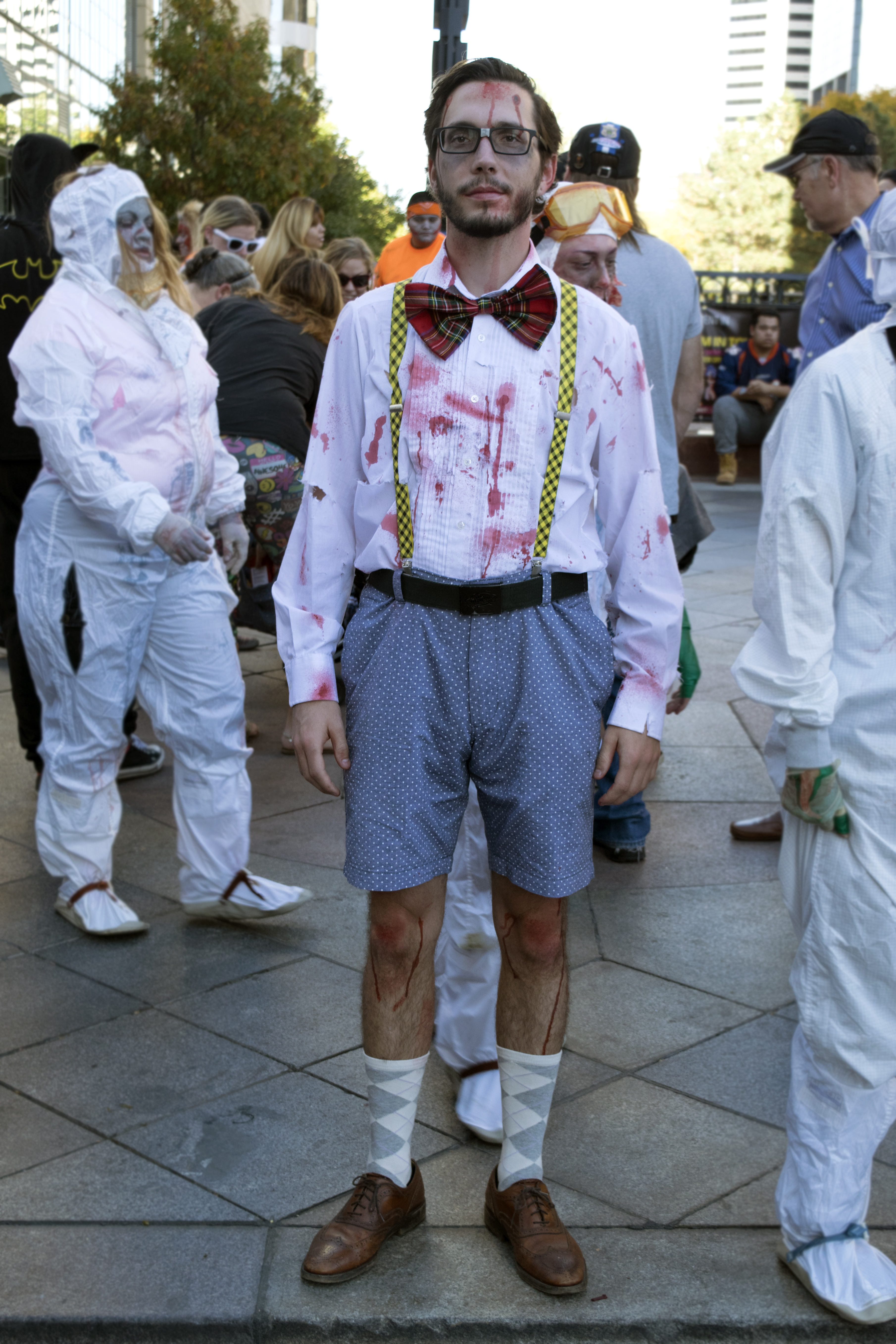 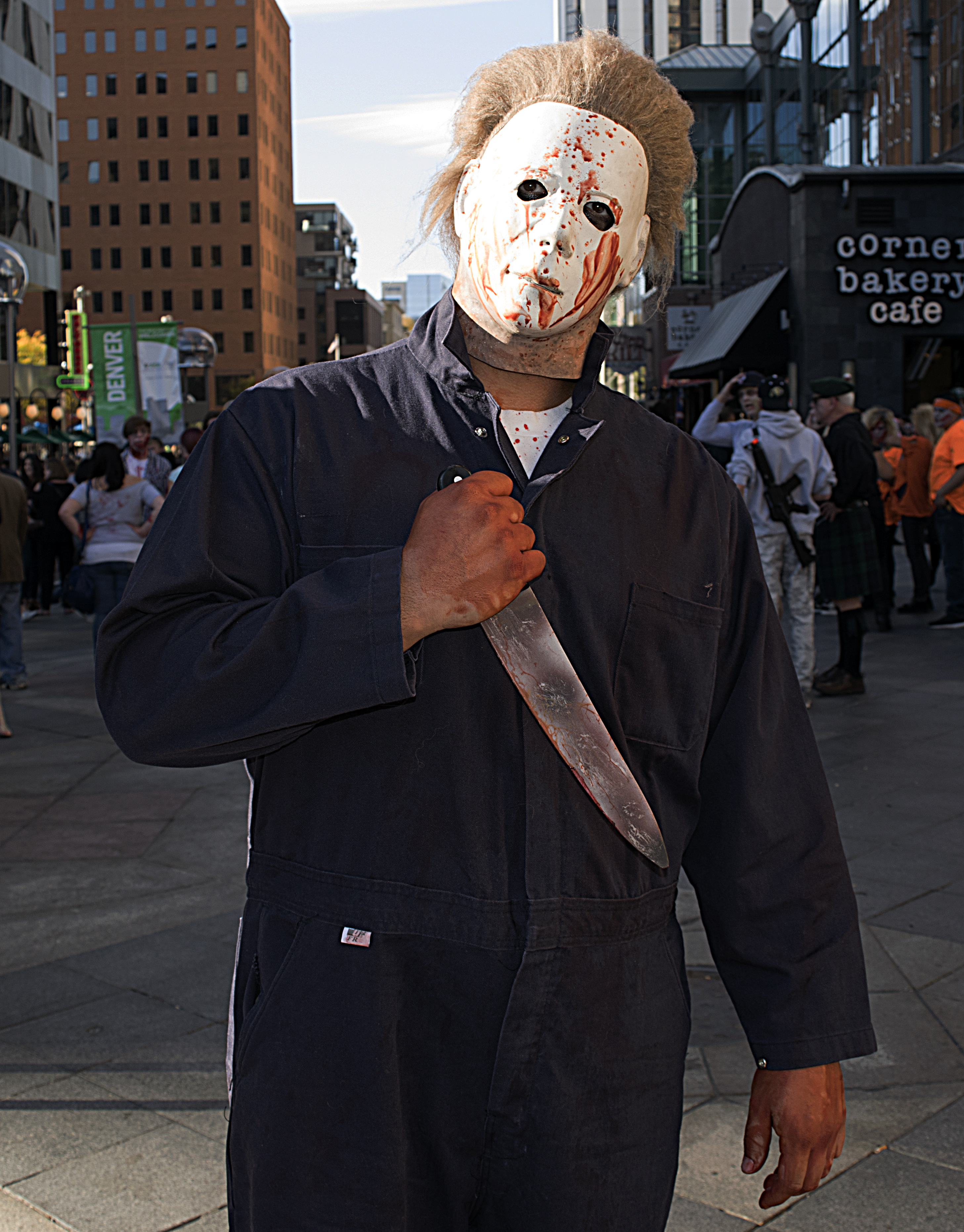 Matt took a cue from Michael Myers in “Halloween.” 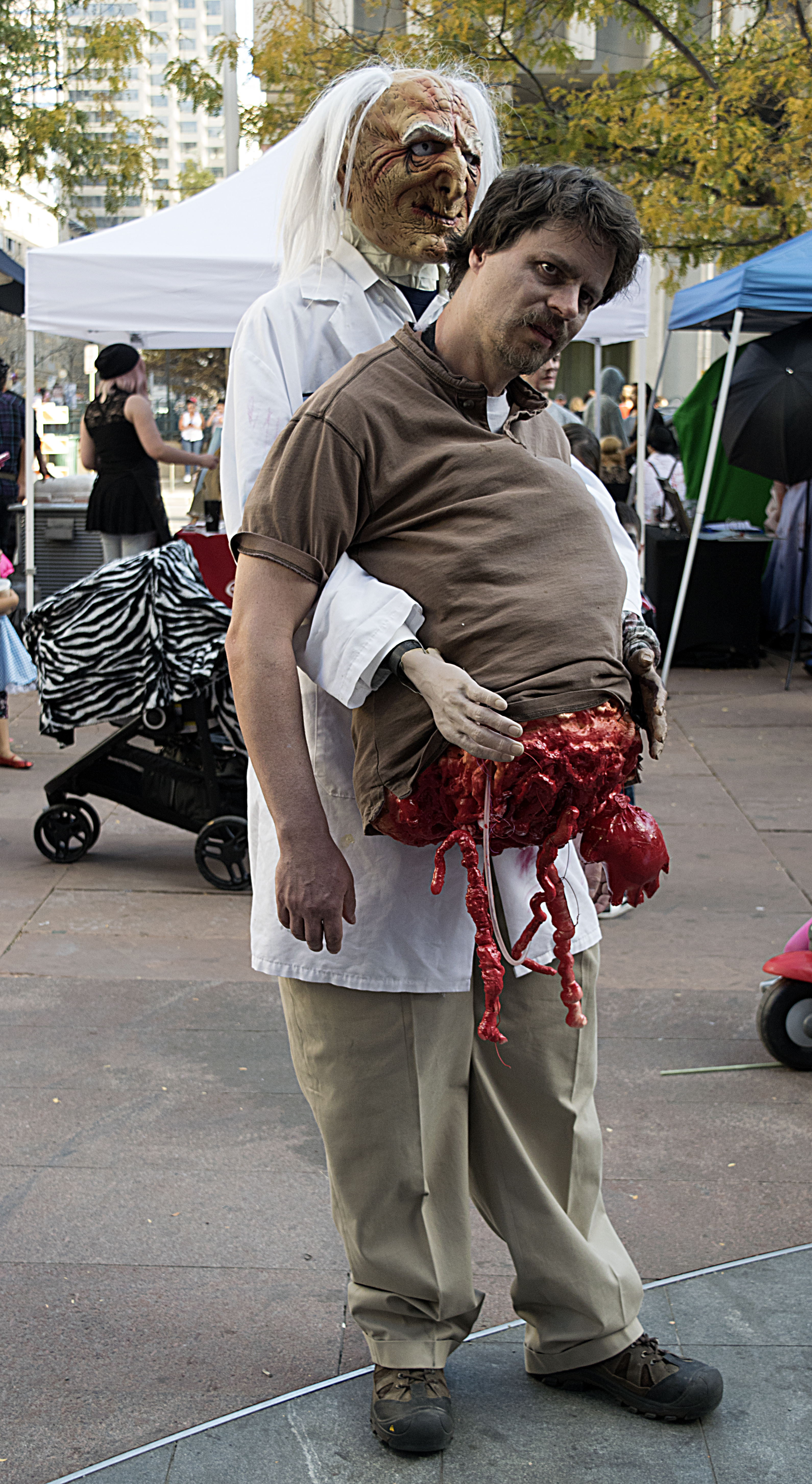 “I hadn’t seen any carry costumes, so I decided to do one.” -Matt 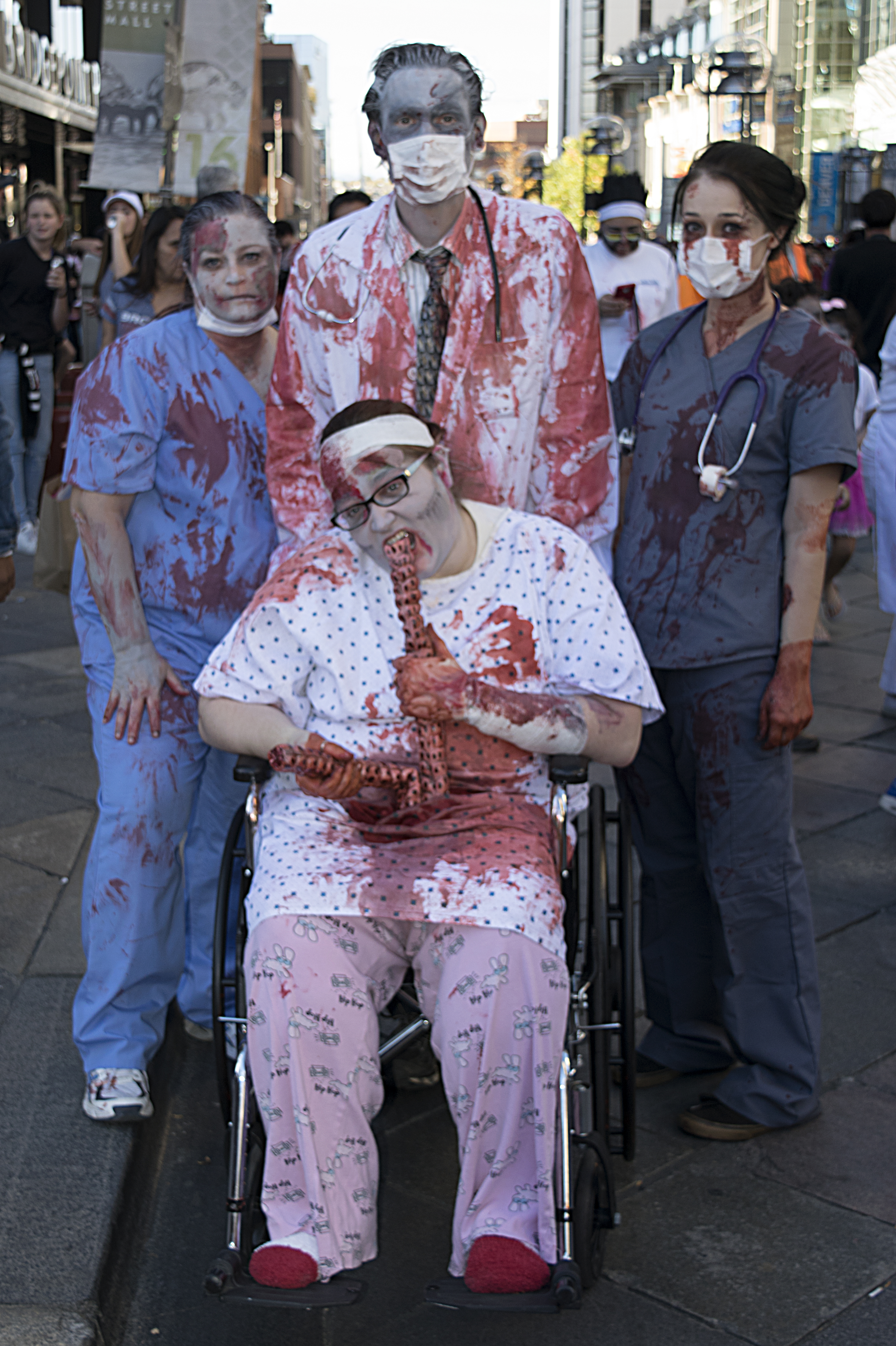 “She didn’t want to walk, and I’m in the medical field,” said Michelle about her costume with Brian, Sarah and Olivia. 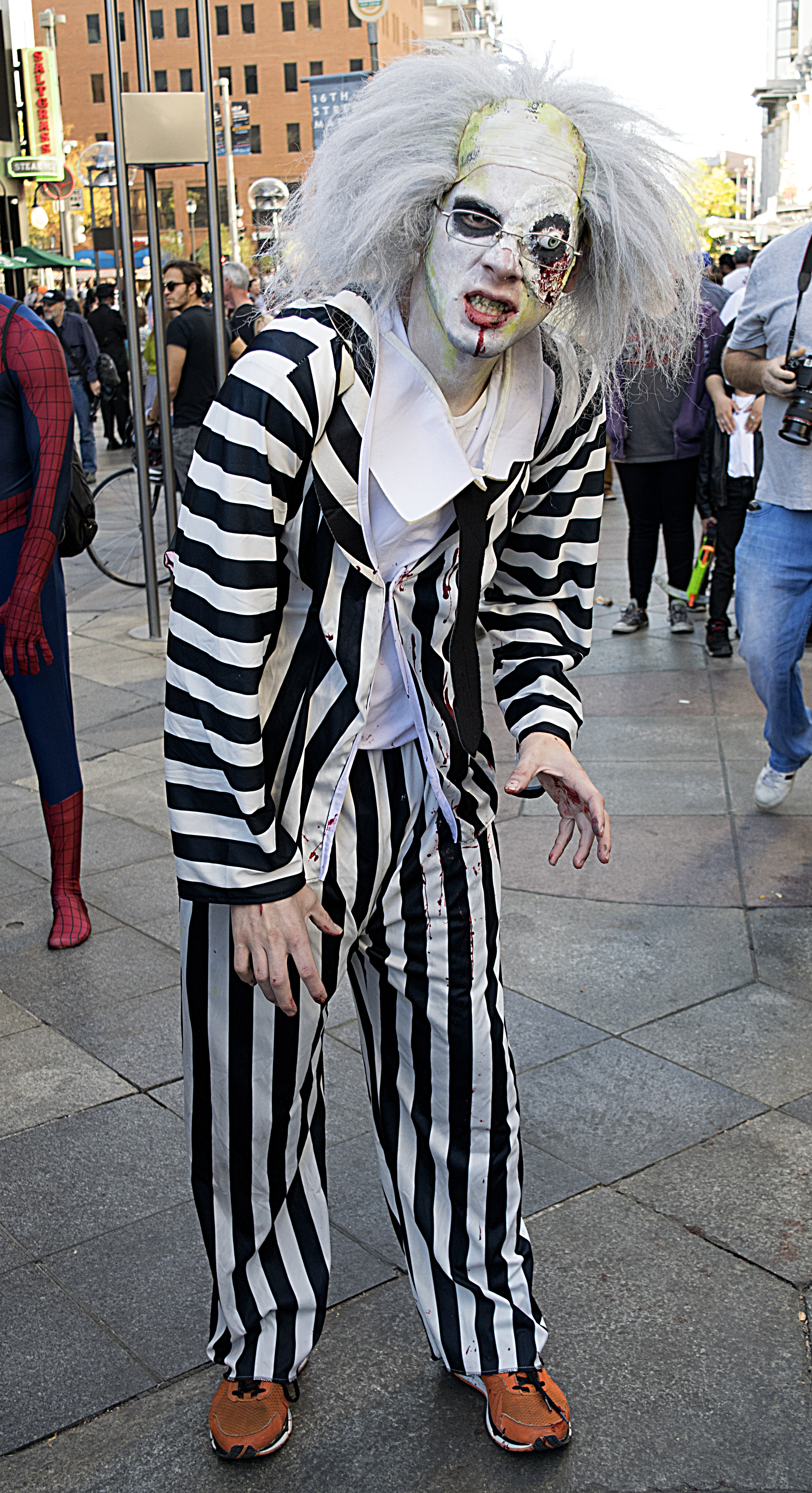 “I was going through old costumes, and I found this one. I hadn’t done ‘Beeltejuice’ in a long time.” -Jeremy 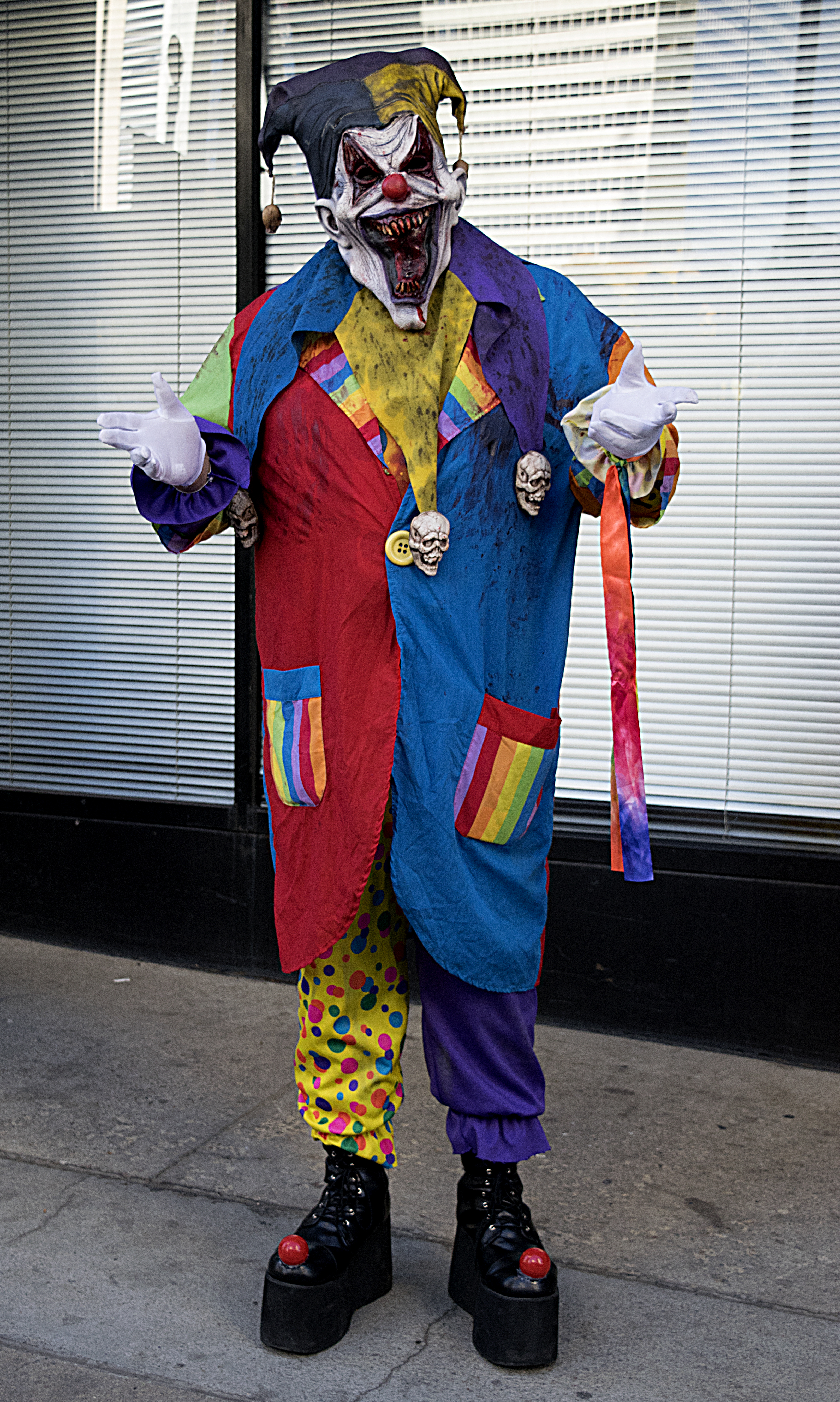 Nobody wants Myron at their birthday party. 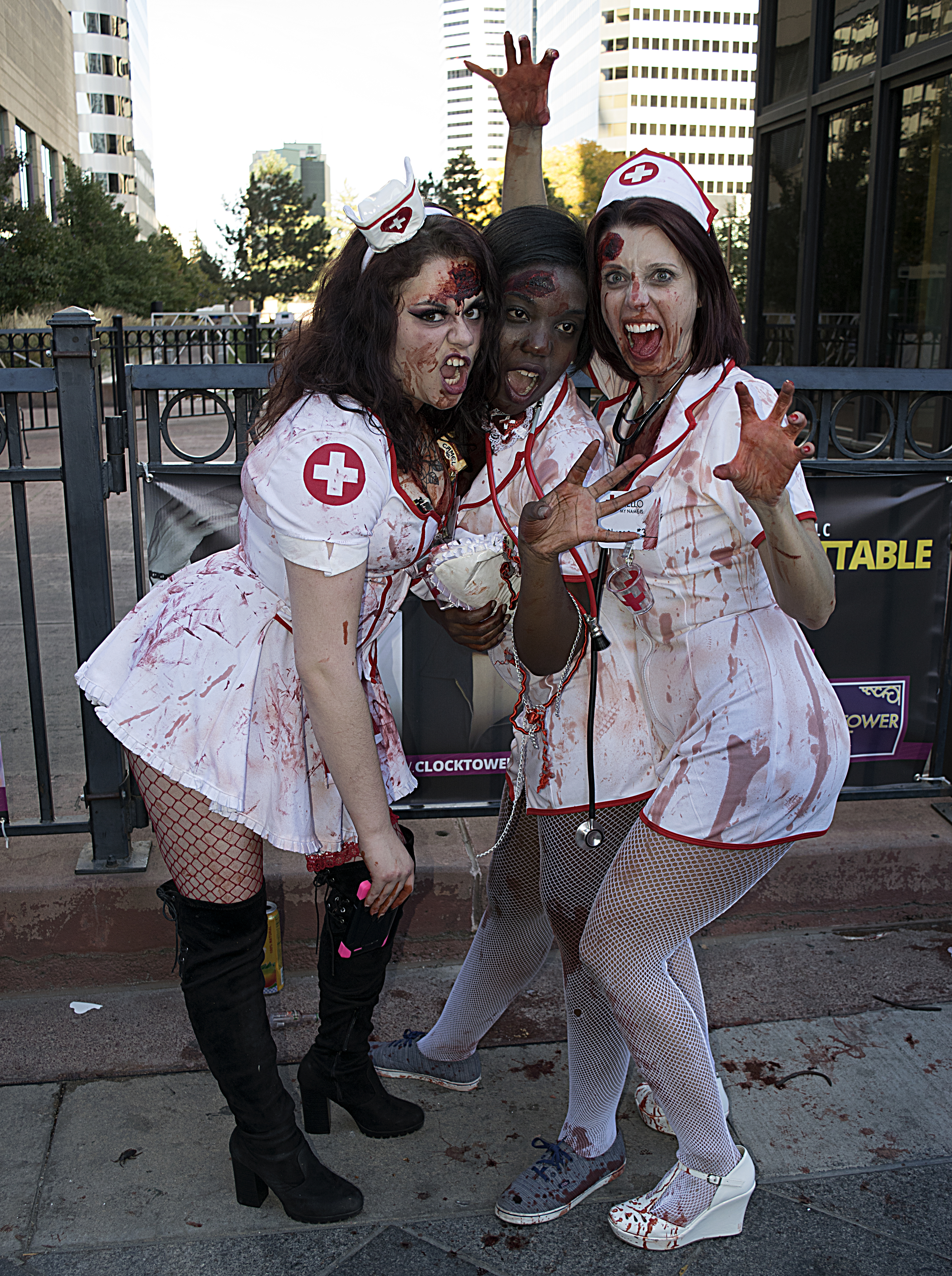 Brittany said her, Semara and April’s costumes were inspired by “Zombieland.” 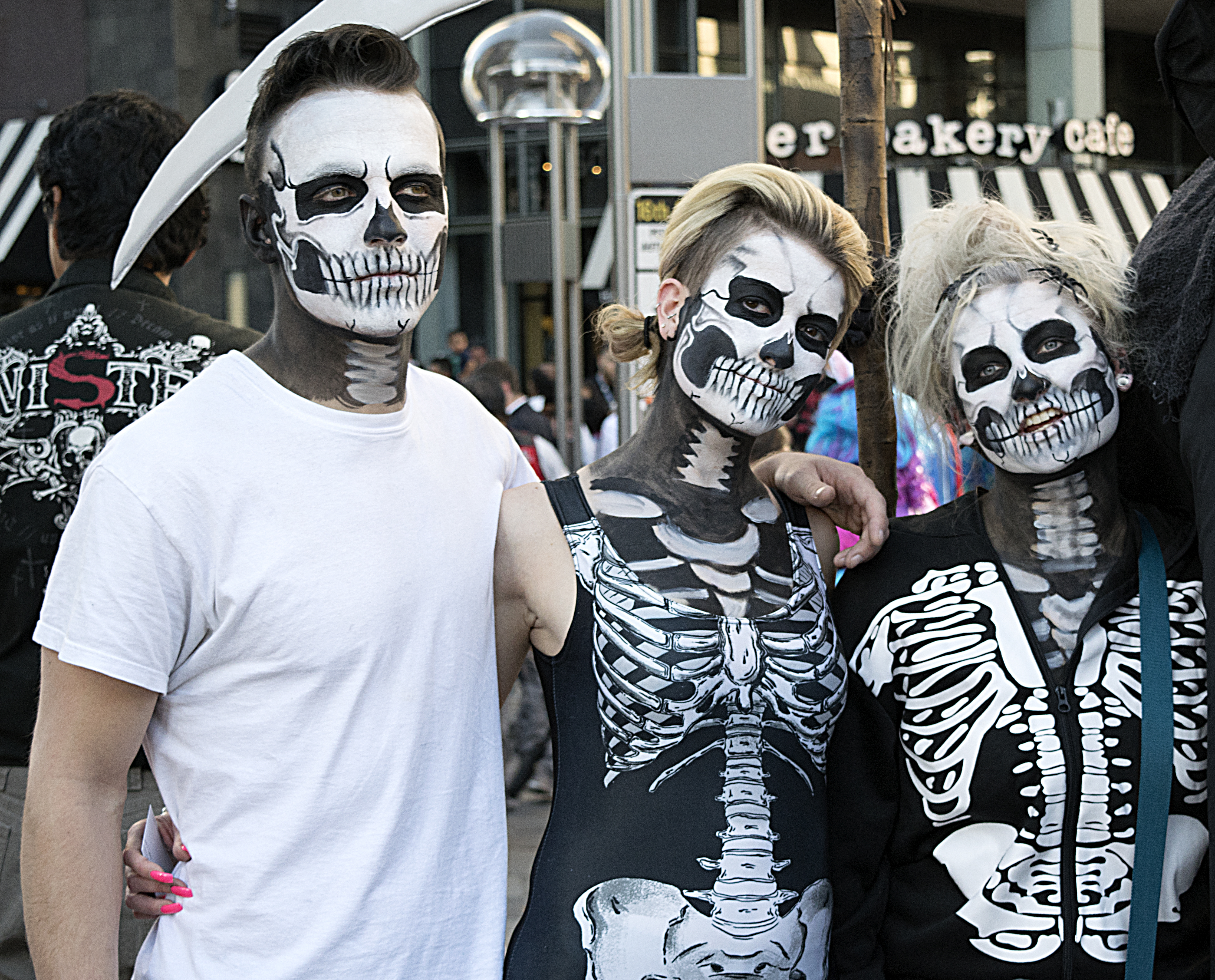 Sarah, Caity and Bryce proved that skeletons are just as frightening as zombies. 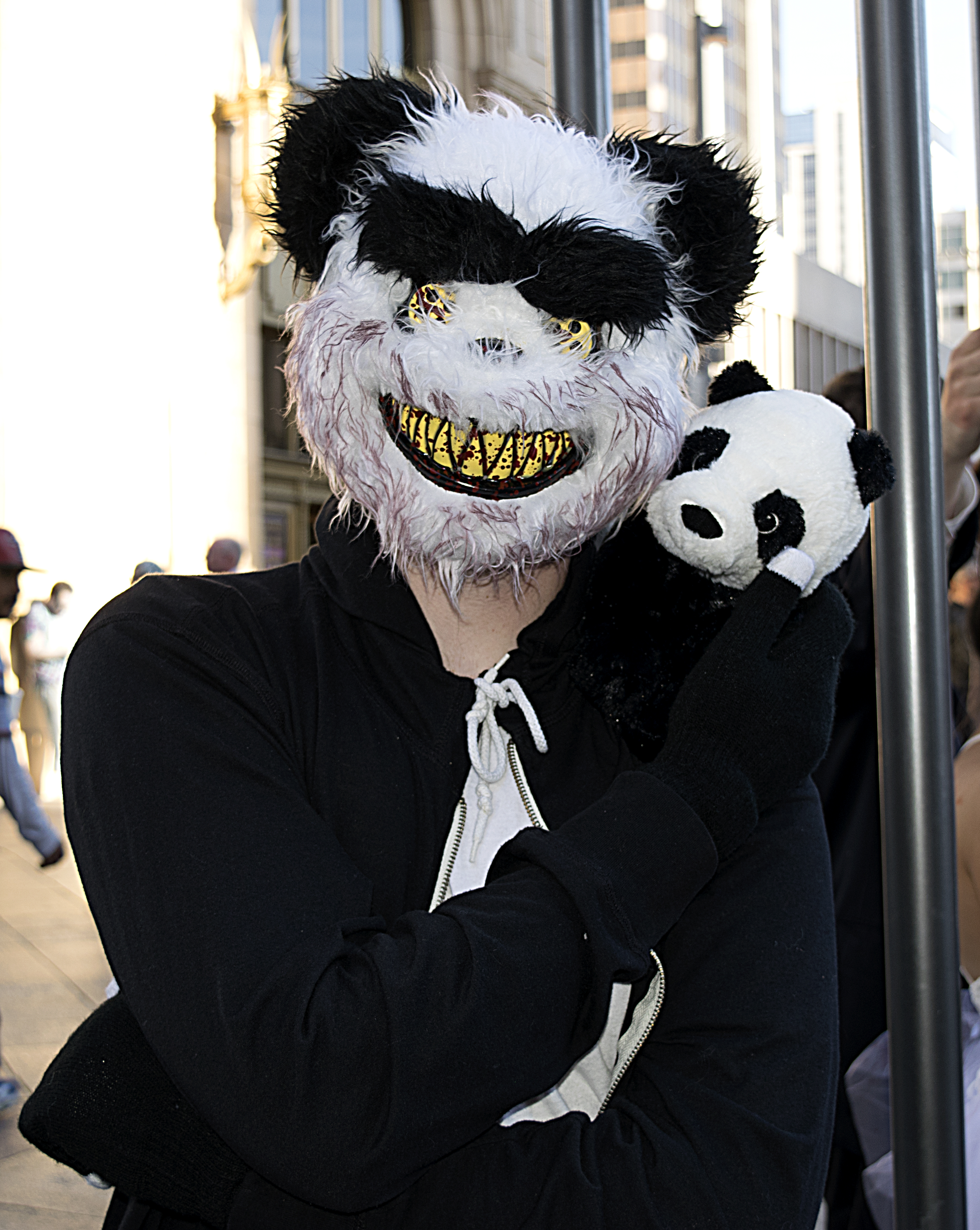 “I saw it at the thrift store, and I love pandas, and I bought it.” -Seth 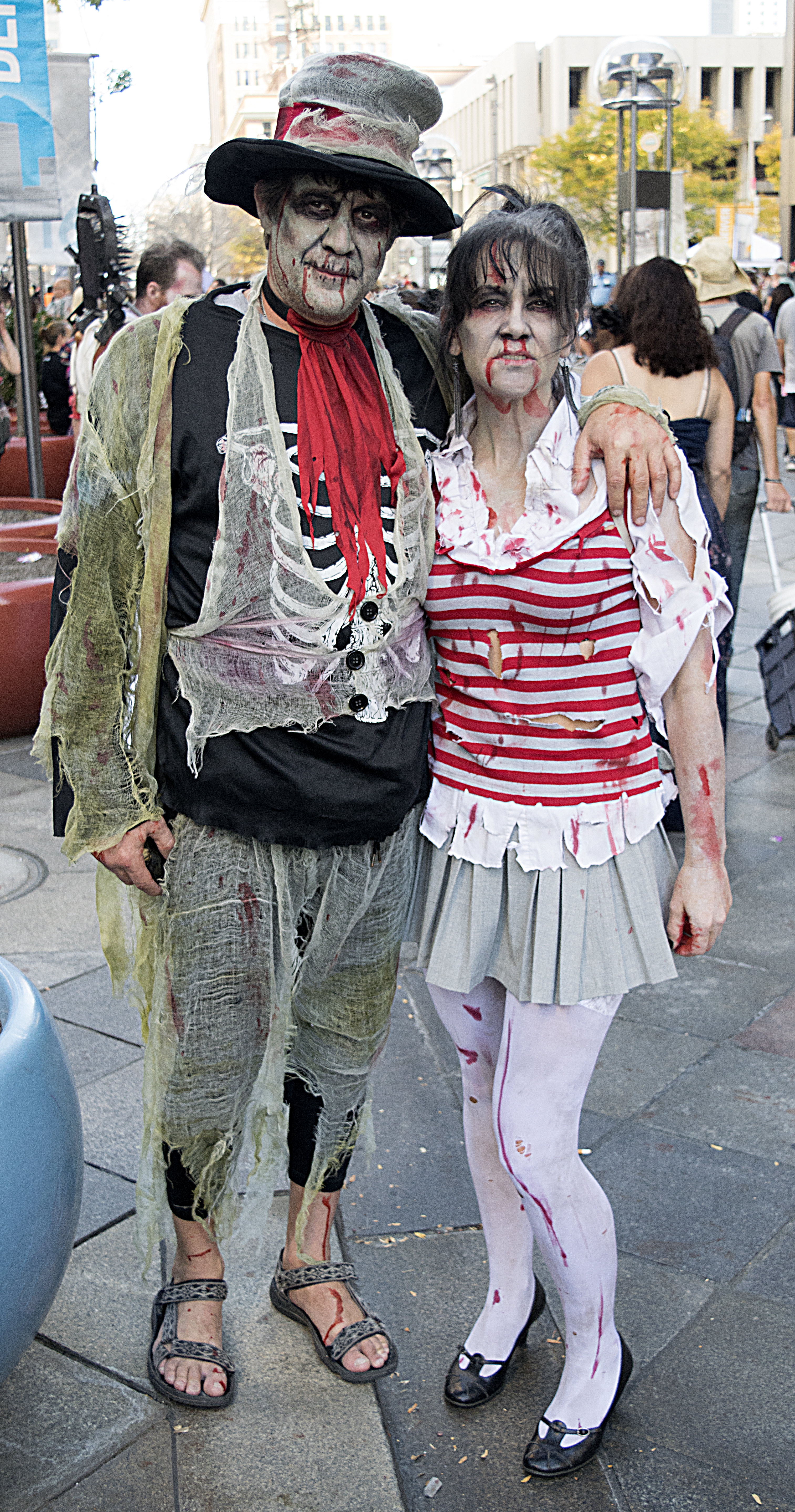 “Every year, we miss it. We come downtown and we see all of the zombies. This year, we didn’t,” said Shelly, as she and Kevin prepared to leave.

Photographs above by Kayla Klein.