“I will be reincarnated as rain.” That’s one of the most memorable lines Eyedea has ever said, and it seems like it carries a bit of truth.

Kathy Averill, the mother of Eyedea, speaks in the documentary on how the rain seems to follow her to every event she goes to, even mentioning it has rained at every Soundset festival since Eyedea’s passing. It was no different at Thursday night’s documentary premiere and tribute concert dedicated to the talented artist. Towards the beginning of the night, the clouds rolled in just in time for the show to get started and Kathy graciously announced to the crowd just prior to show time, the rain had come; “He made it here guys.” Instantly sending enormous cheers through the room, the energy of pure appreciation was hard to miss. It was a touching night for a lot of people and the love was extremely radiant throughout the building.

After an awesome, once-in-a-lifetime Q&A with Kathy Averill, who was hosting the event, fans got to ask some very personal questions that really added to the intimacy of the evening. This was a not a concert to just come out and bob your head to some good music. This was an event in which true fans really got the chance to connect with some of the closest people in their favorite artist’s life. The merch booth had beautiful tribute shirts and posters, which were flying off the table and many of which got signed by some amazing people like Kathy Averill or Carnage the Executioner. Show time started at 8 p.m., and the sold-out event had a packed house with nearly every seat in the theater being filled by the time the documentary got started. 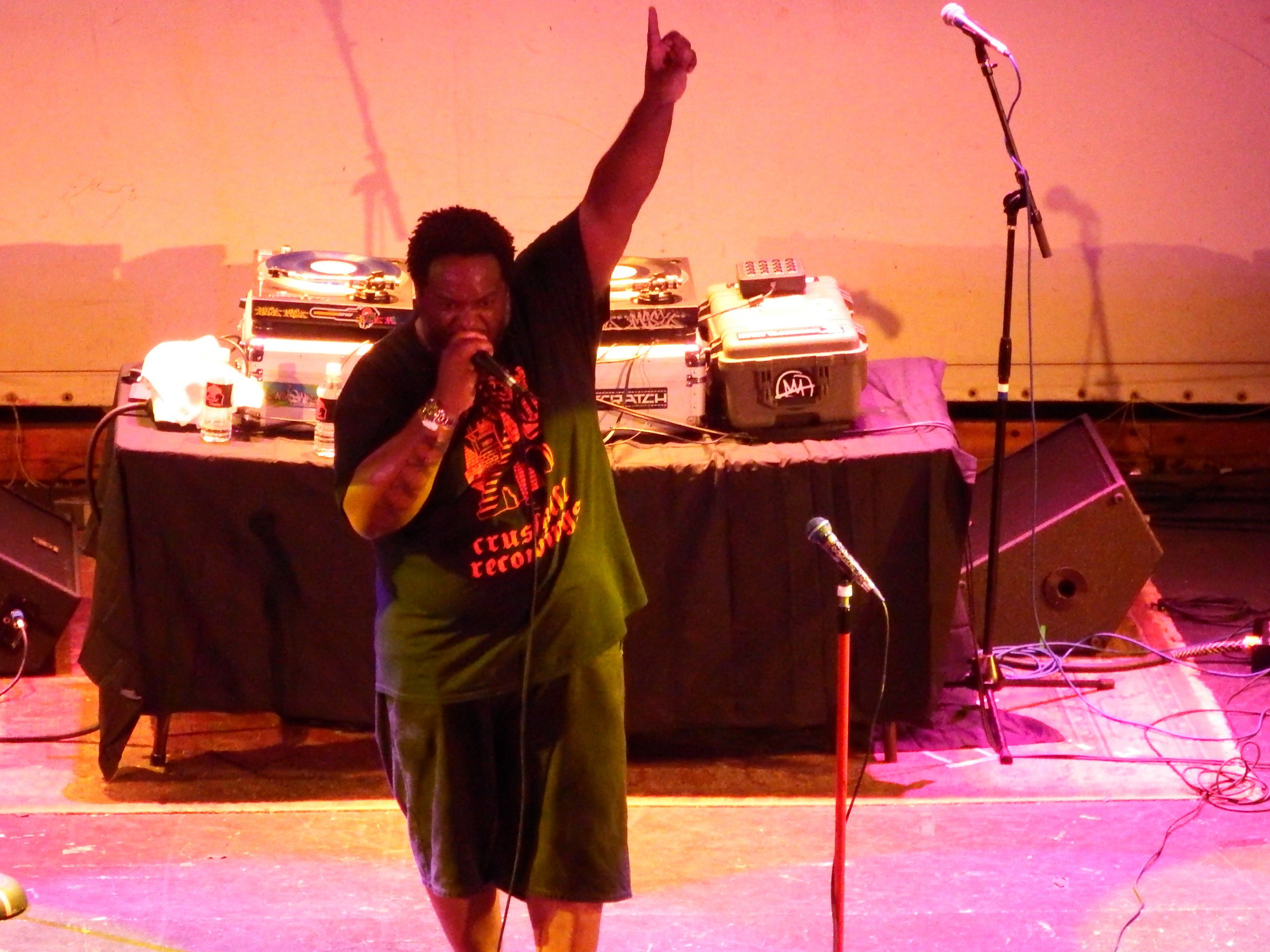 “The World Has No Eyedea” is a fantastic piece of work that accurately captured the incredibly talented human being that was Micheal Larsen. Created by Brandon Crowson of Son of Crow Productions, the film takes the viewer on an inward journey through the deepest and most exciting parts of Eyedea’s life. Using a ton of home footage and unreleased interview material, Crowson managed to create an astounding amount of relatability and empathy throughout the film. There’s no way of getting around the tough parts of the story, but Crowson managed it well. Tears were present on a few of the faces in the crowd and it was extremely evident this was a very special night for a lot of people. Making the night just that much more special, Rhymesayers Royalty like Ant and Slug from Atmosphere and Brother Ali himself were all present for the Colorado premiere.

Directly following the movie, Carnage the Executioner hit the stage and dazzled the crowd with his tremendous voice capabilities. Whether it was beatboxing or just unrelentless freestyling, Carnage was a magician on the mic and a perfect example of what the true art of hip-hop is about. Near the end of his truly one-of-a-kind set, Kathy came back out to the stage and the two shared a very touching hug in front of the crowd. 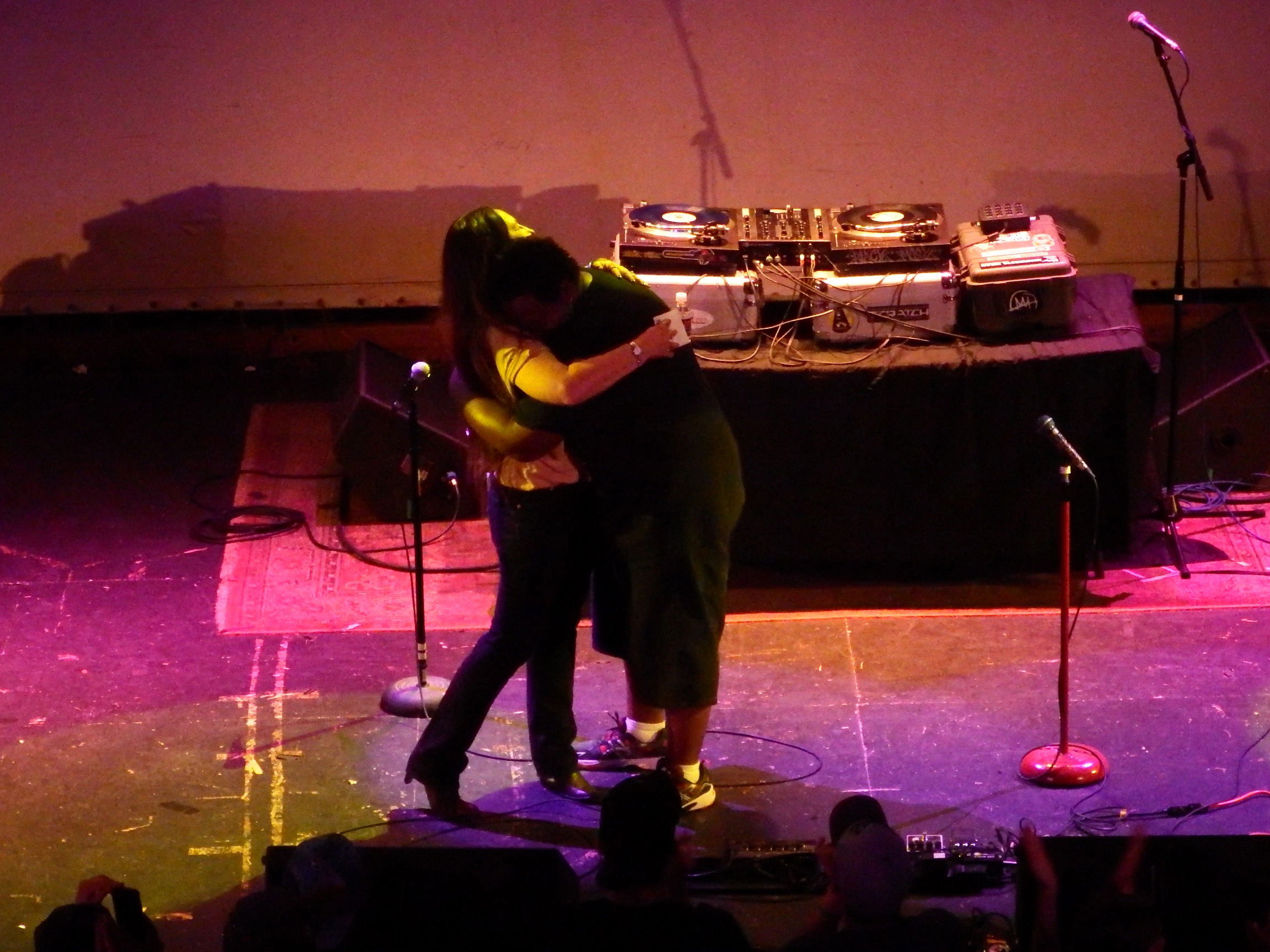 A touching hug between Carnage and Kathy Averill

Then, for an awesome surprise during the show, Kathy announced she would be picking two winners of a very special prize. As she invited the two random fans up from the crowd, she announced to everyone the two lucky individuals would both be winning a pair of tickets to the sold-out Atmosphere show at Red Rocks on September 2, 2016.  Needless to say, they were psyched. 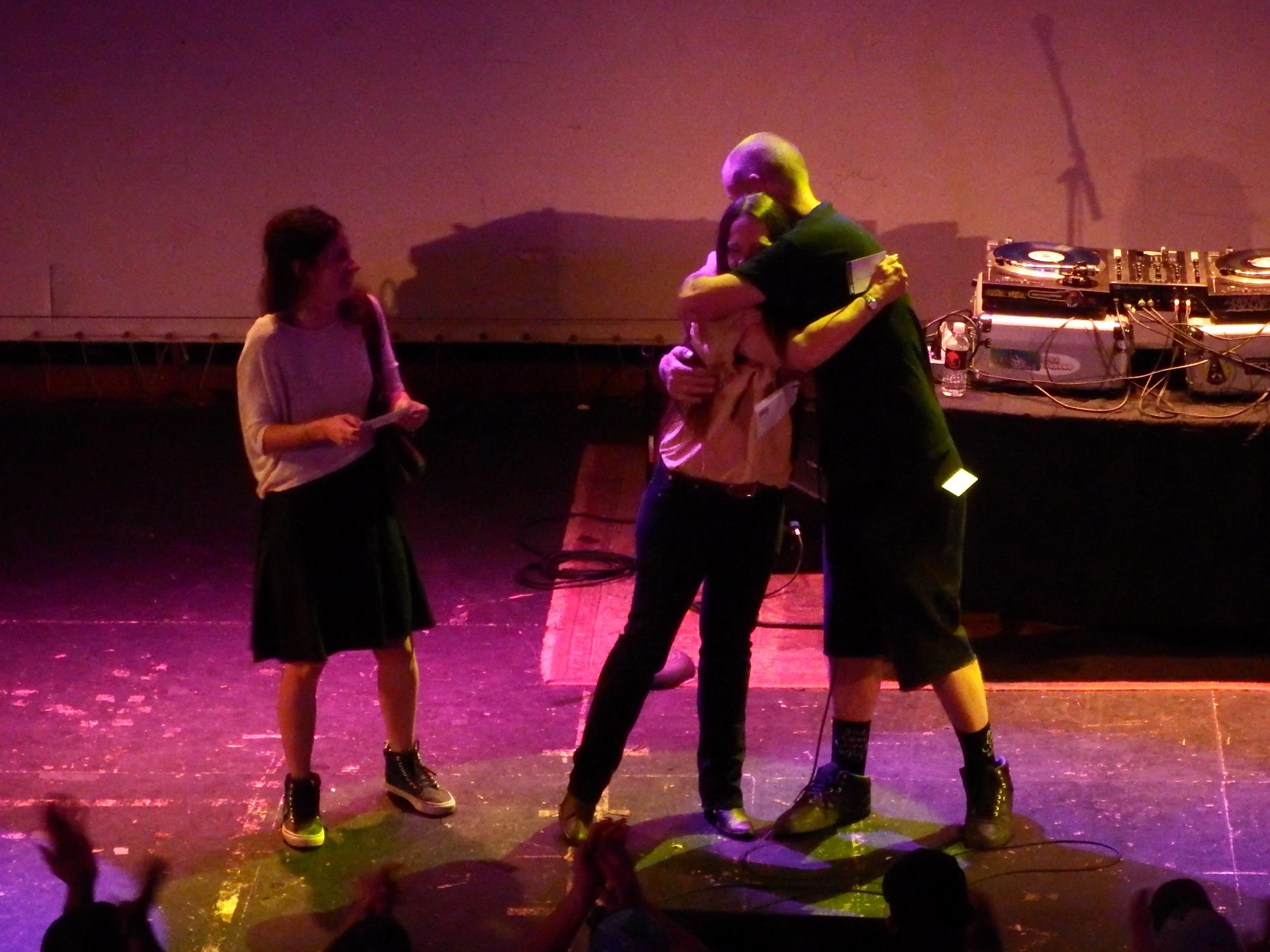 And the winners of two tickets to the Atmosphere show are…..

After a short intermission, the headlining act, DJ Abilities, finally hit the stage. The cheers were thunderous and seemed to last forever as Carnage continued to pace the stage and pump up the crowd for the legendary DJ and one half of Eyedea & Abilities. The set started out with some scratching over a few classic E & A tracks, all of which sent the crowd into a frenzy. Towards the middle of his set, he switched up the sound a bit, changing up the vibe and remixing in some classic rock songs with the scratching. The whole performance was an an entertaining DJ set and Abilities was one of the best to ever do it. 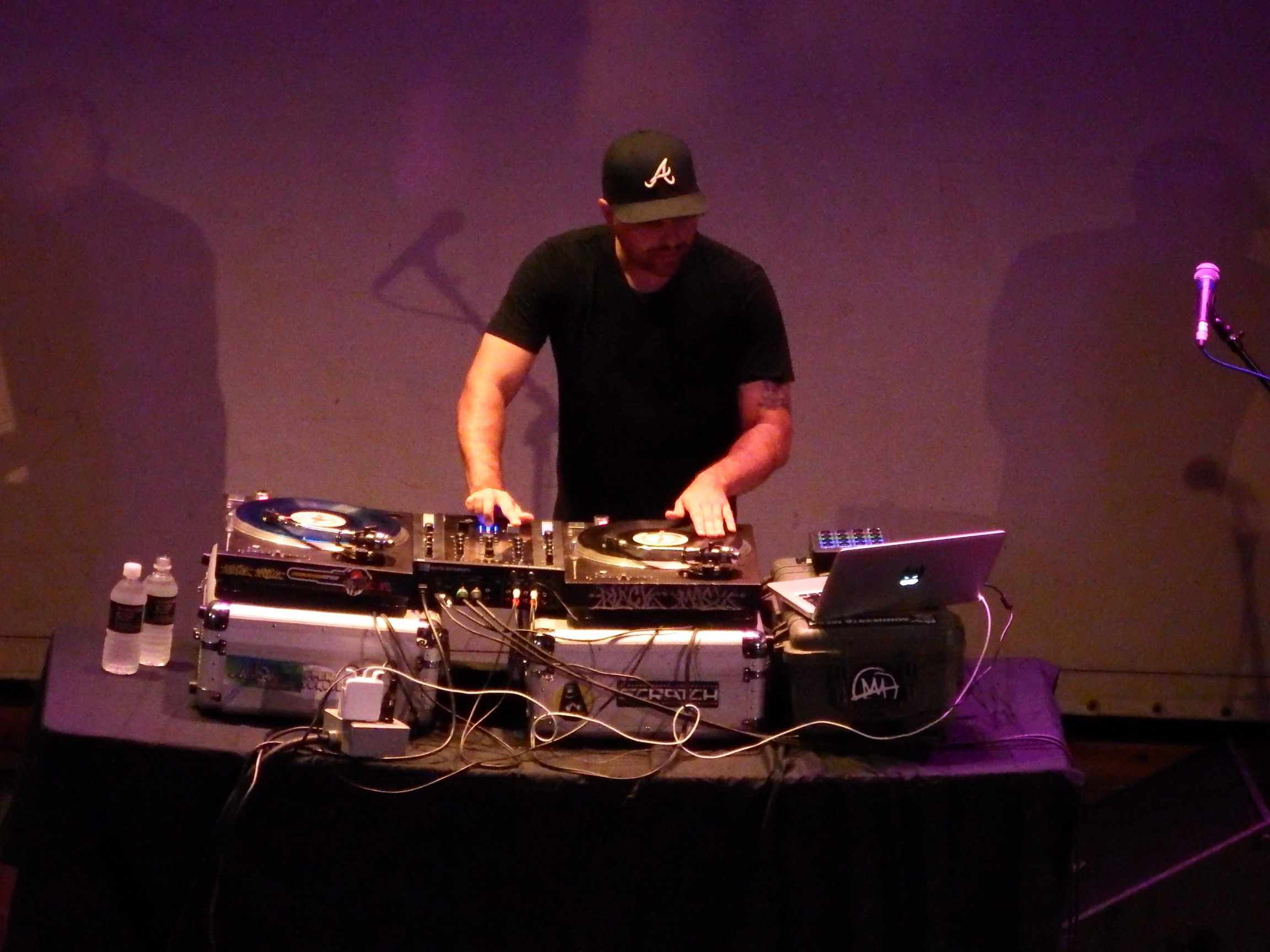 The night went off without a hitch and was a really amazing experience to be a part of. Not many people will ever affect as many lives as Eyedea has, and music continues to be a powerful guiding force in the universe for an eternity to come. Micheal Larsen’s “eyedeas” had a huge impact on the world as we know it and it was a pleasure to have been exposed to his presence.