Riot Fest is an annual three-day concert festival that showcases every facet of rock and punk music. The lineup ranges from the subtle, strung-out rock of indie favorites the Dandy Warhols to the amped-up chaos of Underoath and everything in between. Headliners this year brought in fans young and old with acts like Jane’s Addiction, Ween and the first gig of the Original Misfits in over 30 years. People grabbed onto burning hot metal dividers to be front row for their favorite acts starting at noon on Friday, September 2 and going all the way to 11 p.m. Sunday.

If you skipped Riot Fest this weekend you missed more than an amazing lineup of 80+ bands; you missed the true essence of punk fashion. Luckily for you, we were on scene to capture the hardcore, gutter-punk, sexy and utterly ridiculous aspects of the styles at the three-day festival. 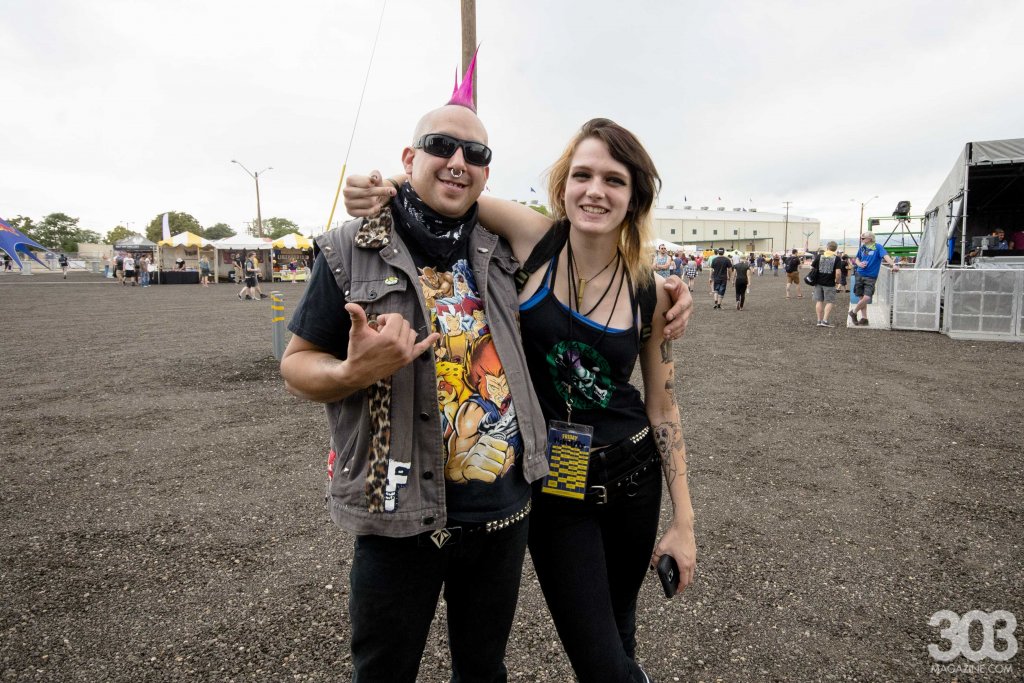 Lauren and Joe showed up early Friday to kick the party off in true gutter punk form. 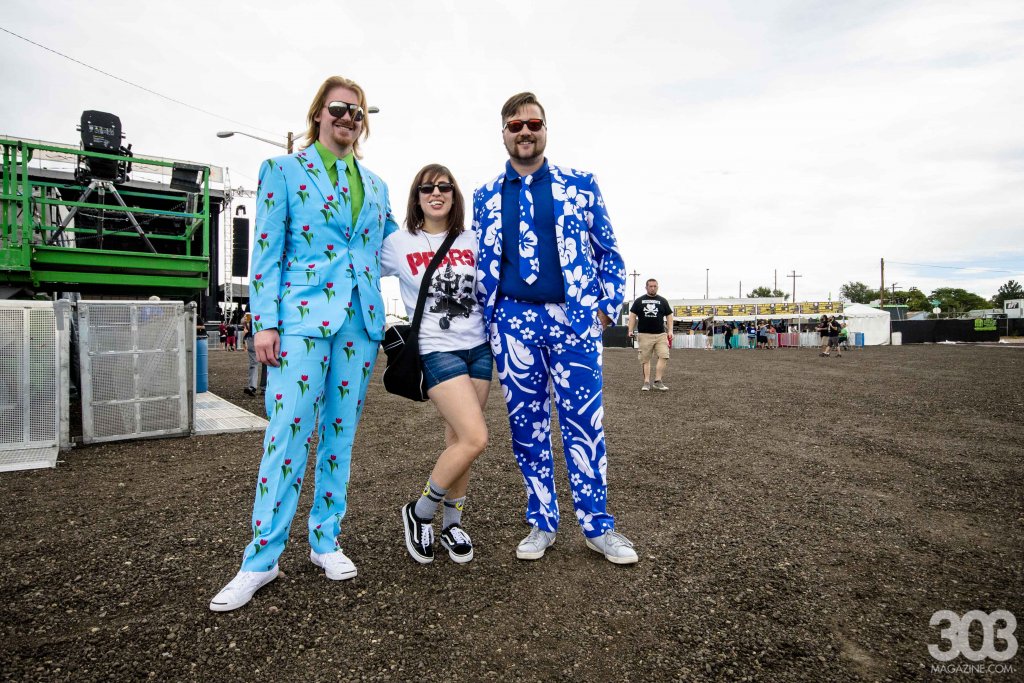 Sam and Rydel had a line to take pictures with them. They are both rocking Oppo Suits. 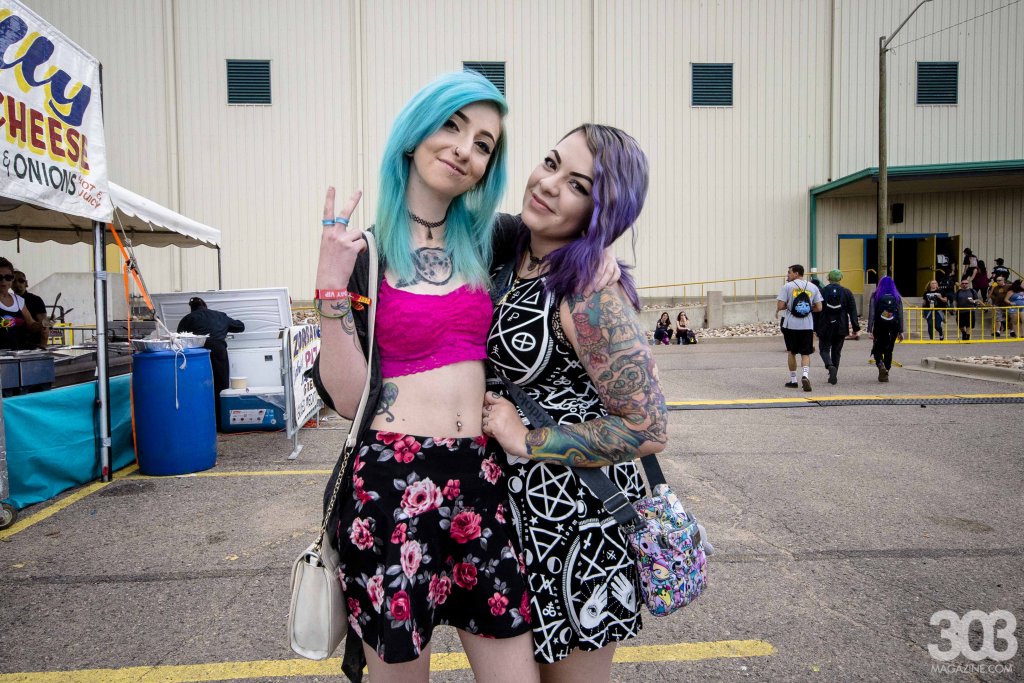 Lexi and Bianca raved about shopping on Killstar’s Website. 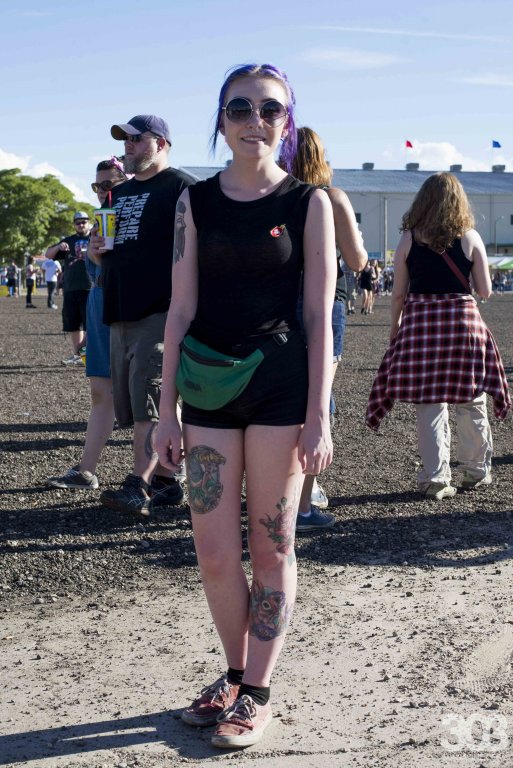 Neah kept her look simple and hassle-free and showed up pit-ready in her thrifted fanny pack. 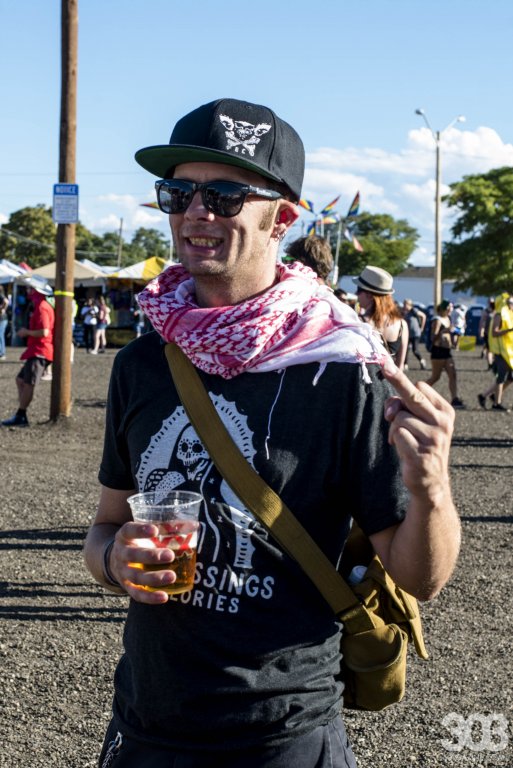 Tony kills time with a beer waiting for Murder by Death to play. 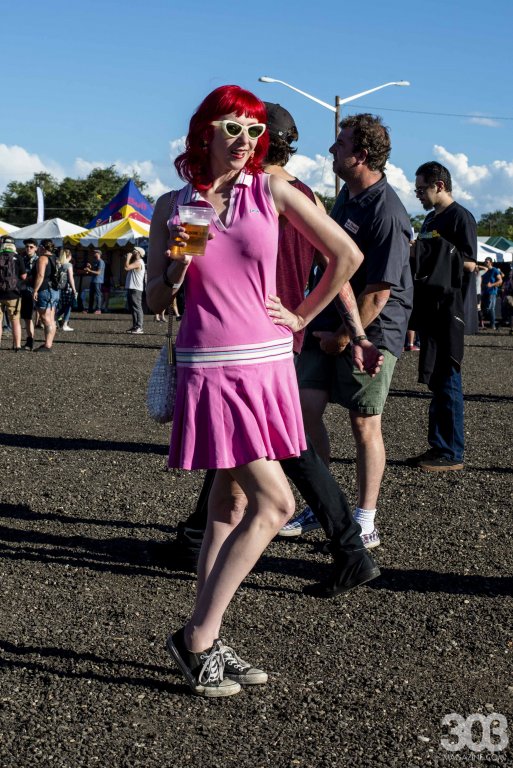 Casey, who is charming and very Australian, gives “Pretty in Pink” a punk face lift. 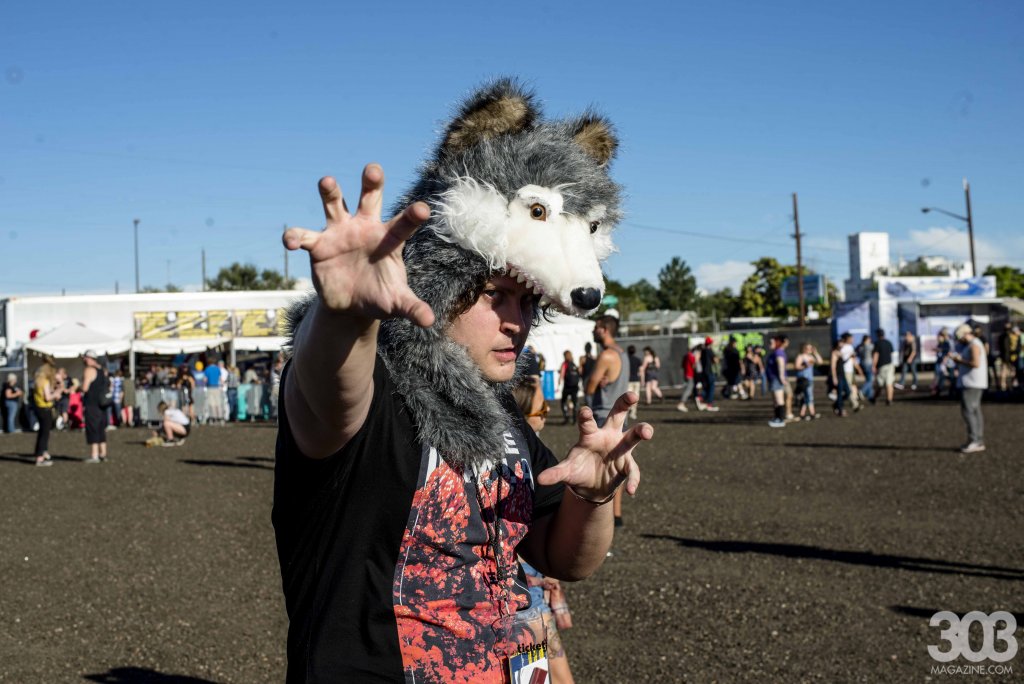 Josh, a wolf pack of one, got plenty of shout-outs from performers wearing his wolf cap in the front row. 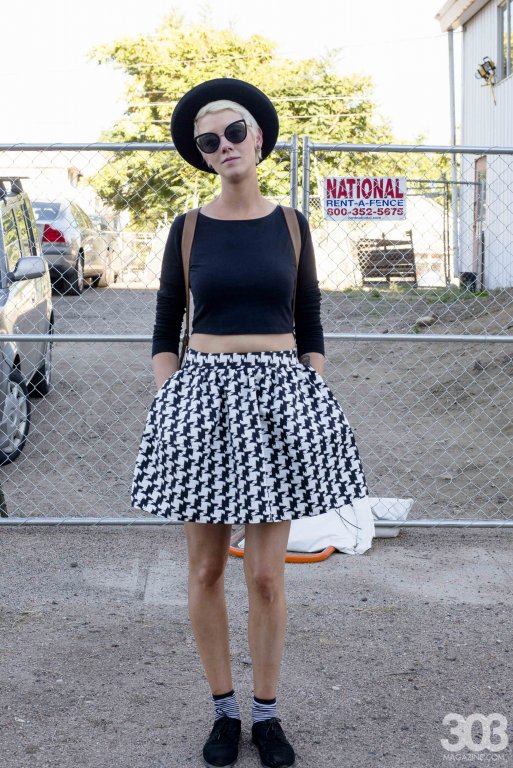 “I will let you take a picture, but I do not want to smile. I am not into that.” – Emily 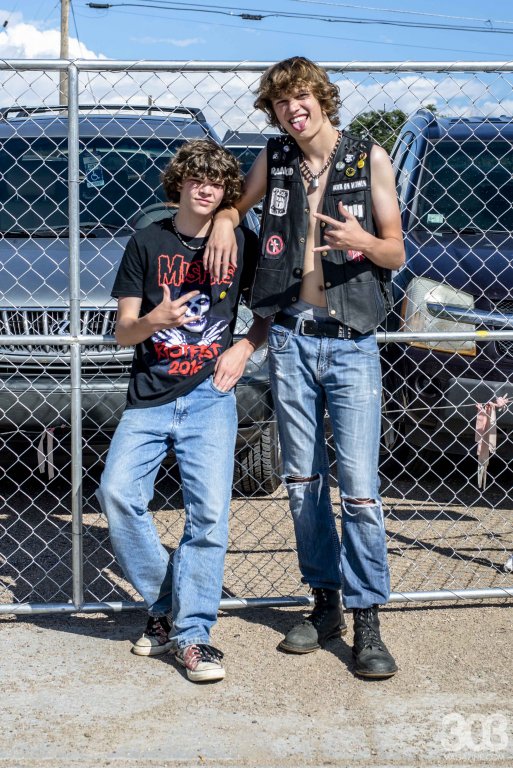 Caston and Tim are our favorite young punks. 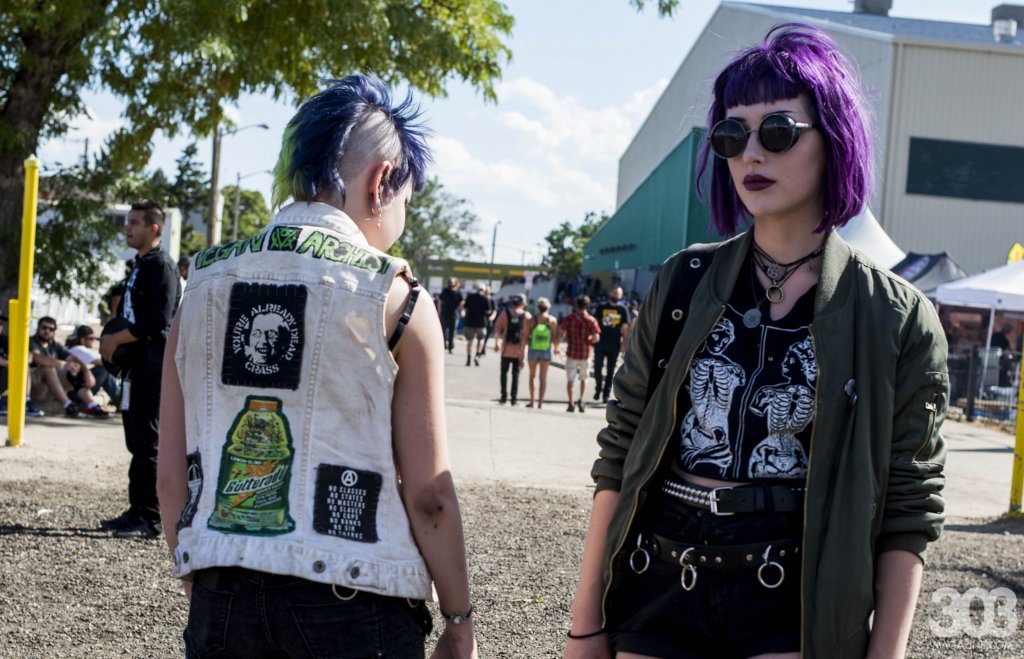 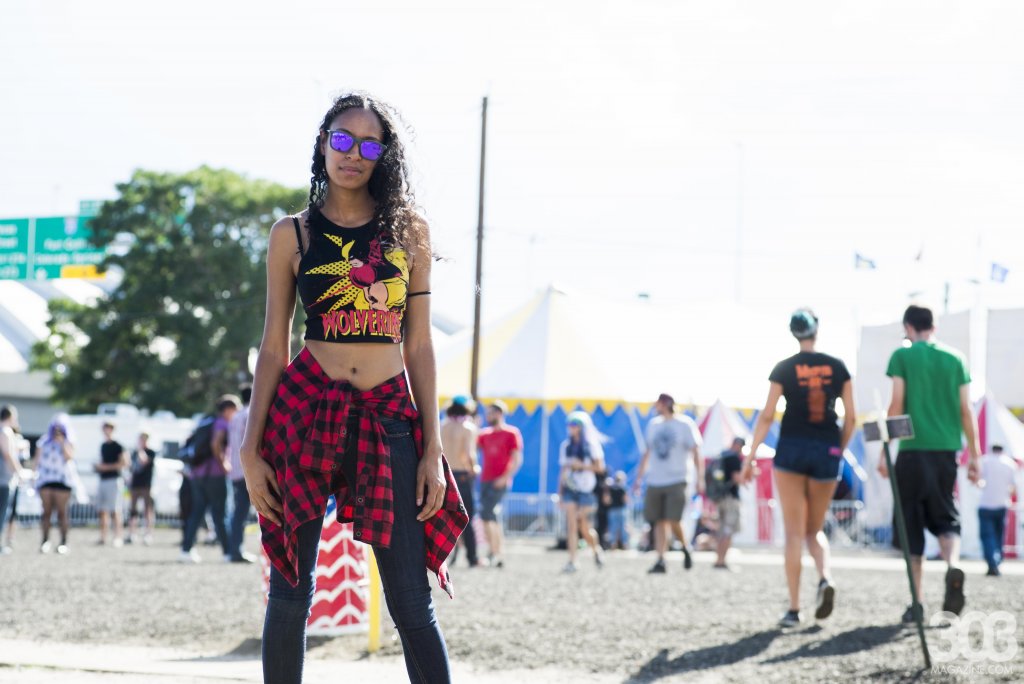 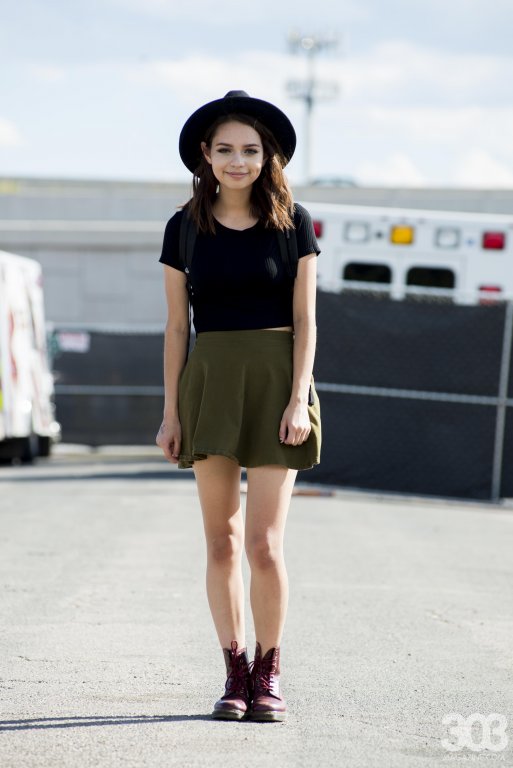 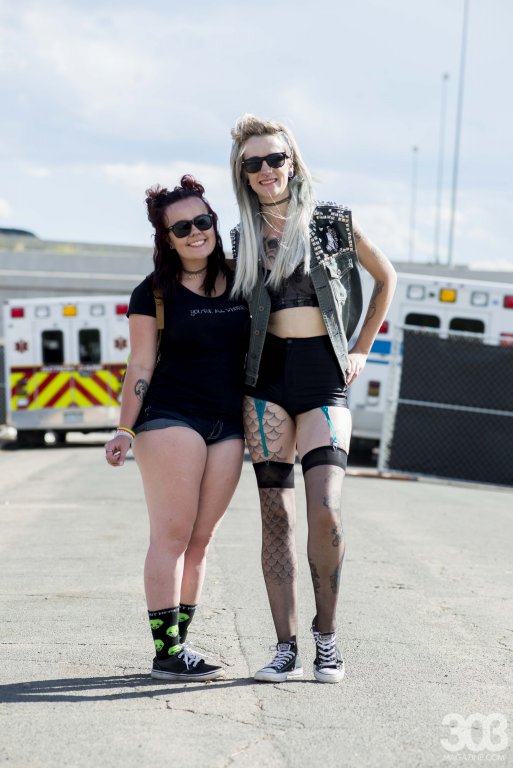 Leisy and Jamie beat the heat but still slayed the punk look. 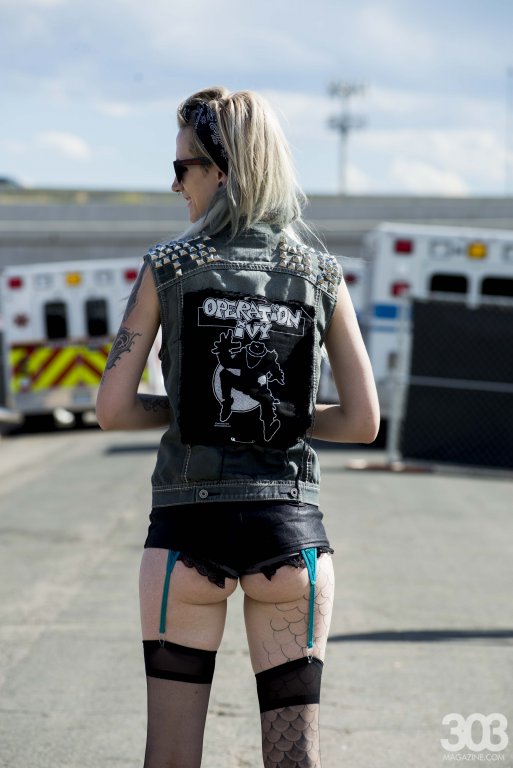 Jamie’s patches are a little hard to read because of how good she looks. 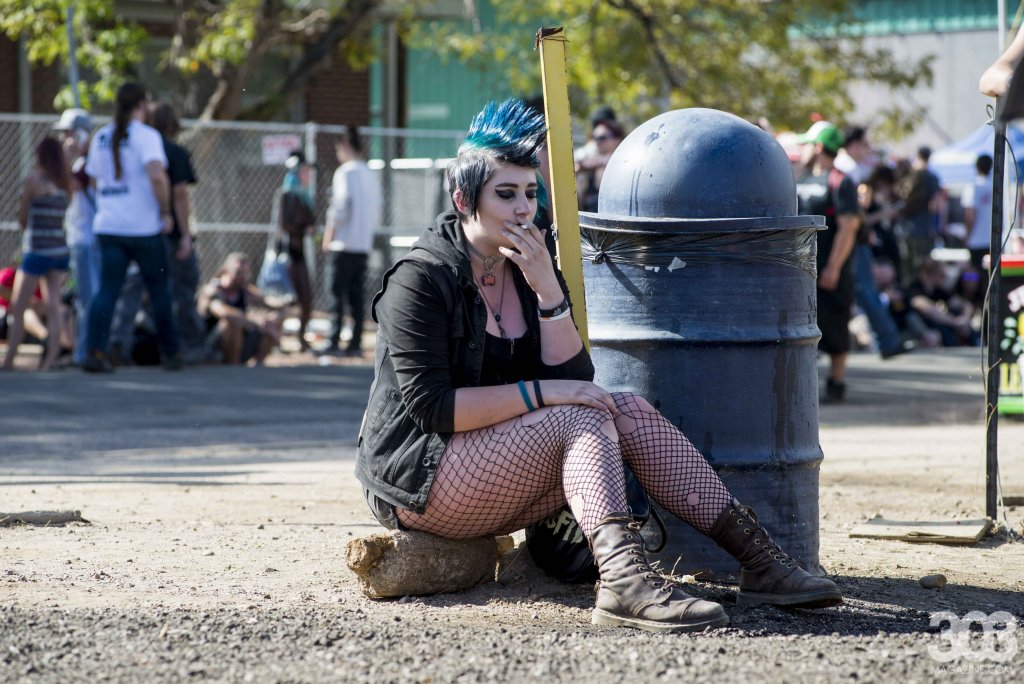 Mahaia looked captivating smoking across the parking lot from us. 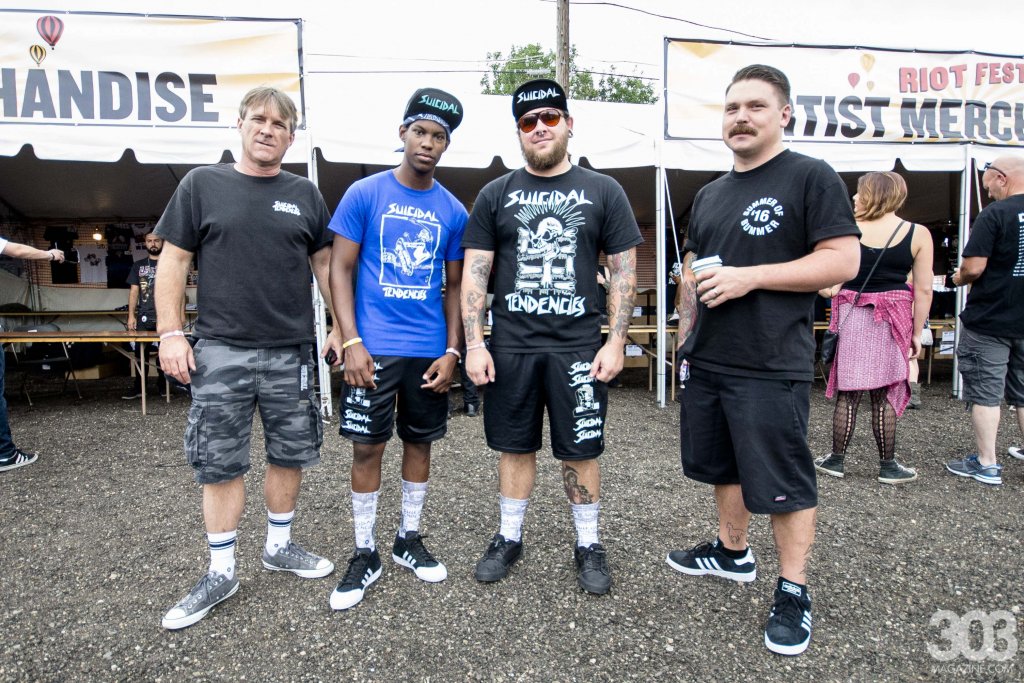 The Suicidal Tendencies street team showed up in force. 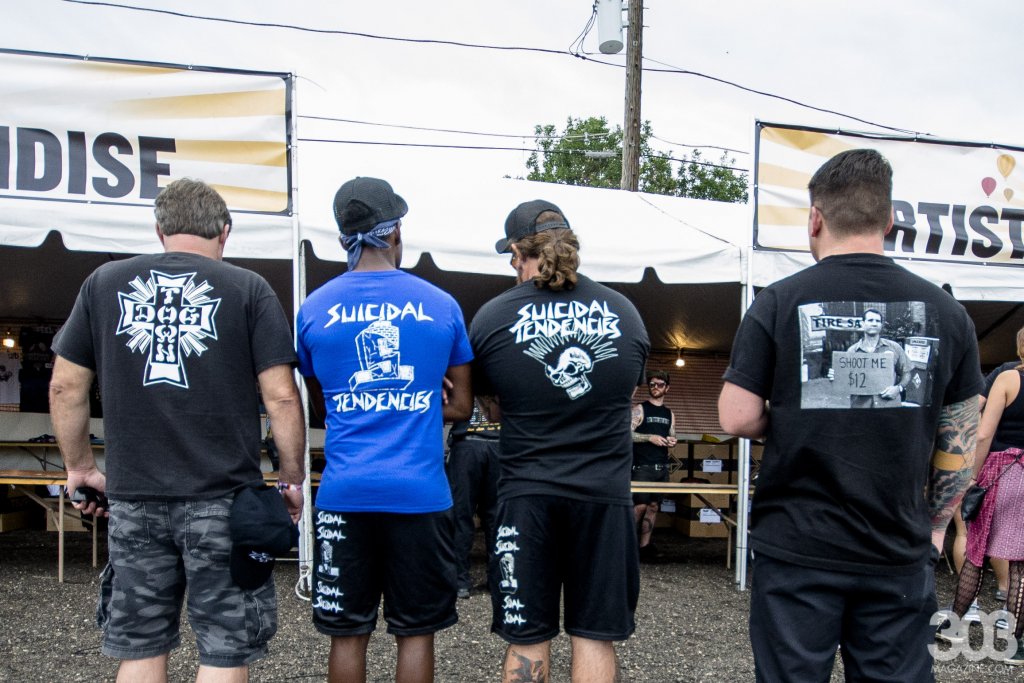 These guys are on point. 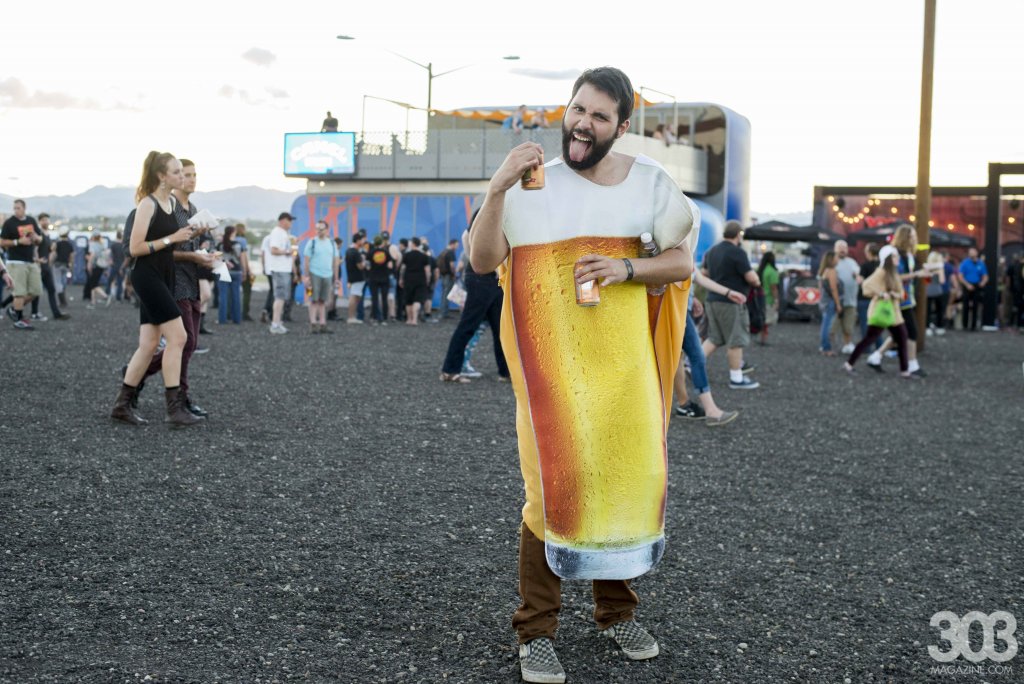 See you next year Riot Fest.

Want more? Read our review here and see our galleries here and here.