Bands today seem to not have the bravery of past artists. With so may different opinions out in our world, especially in the era of social media, a politically-charged message from an artist seems like it’s not the “cool” thing to do anymore. However in an election year, with too many controversial issues to count on your fingers, the infamous Rage Against the Machine, along with some new friends, have decided to come back with vengeance.

With the loss of their front man Zack de la Rocha, Rage Against the Machine decided that their message and music was too important in 2016 to not just sit back and quietly watch. Although it is nearly impossible to replace the unique energy and voice of de la Rocha, the group has found quite literally the next best thing. The fellow 90’s badasses B-Real of Cypress Hill and Chuck D of Public Enemy have joined forces to officially create the super group Prophets of Rage. This past Wednesday, September 8, 2016, the newly formed Prophets of Rage made a visit to Red Rocks to play their biggest show to date.

AWOL nation began the evening simply to set the bar for where the noise level would be situated at for the rest of the night. Unfortunately, their sound seemed to jump from one genre to another very randomly, making it difficult to really get settled into the set. However, it didn’t really matter, AWOL Nation definitely rocked out, and the crowd all knew who they really came to see. 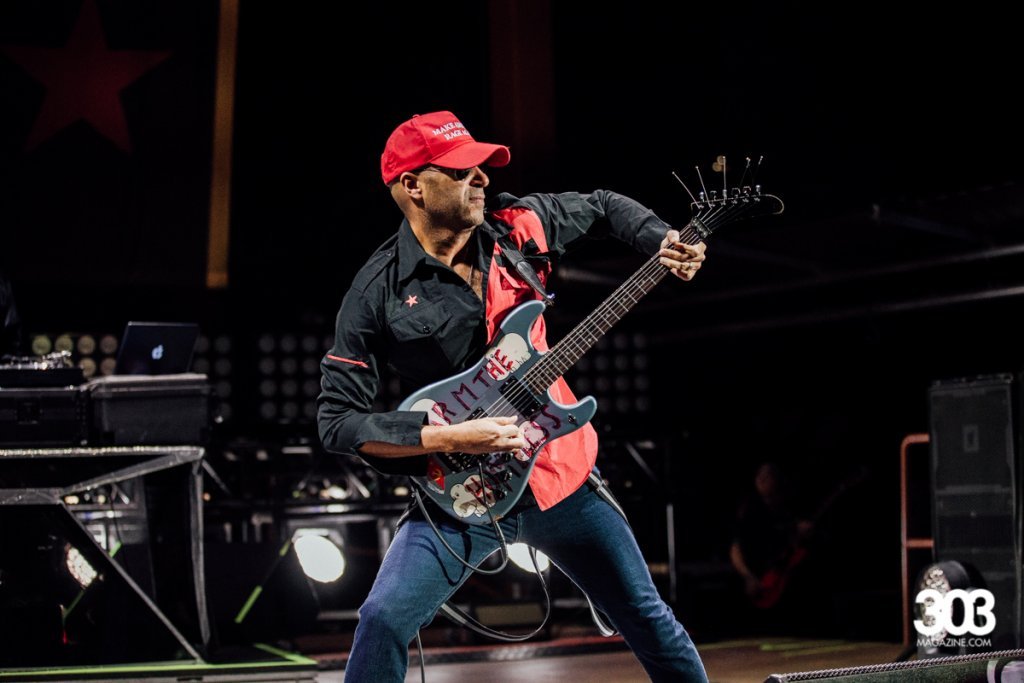 The Prophets of Rage came out to a roaring Red Rocks and started the show with one of their two original songs (that we know of), their self-titled track “Prophets of Rage.” The group immediately answered my question about if this new music project coming from aging ’90s rock stars was for real, or simply to pay the bills. We can now officially say first hand that The Prophets of Rage is no joke. Although I have never seen the original versions of any of the artists, it is extremely evident that none of them have lost a step since their glory days.

“Be the change you want to be in the world, but worry about that tomorrow; tonight we are going to have a good time!” 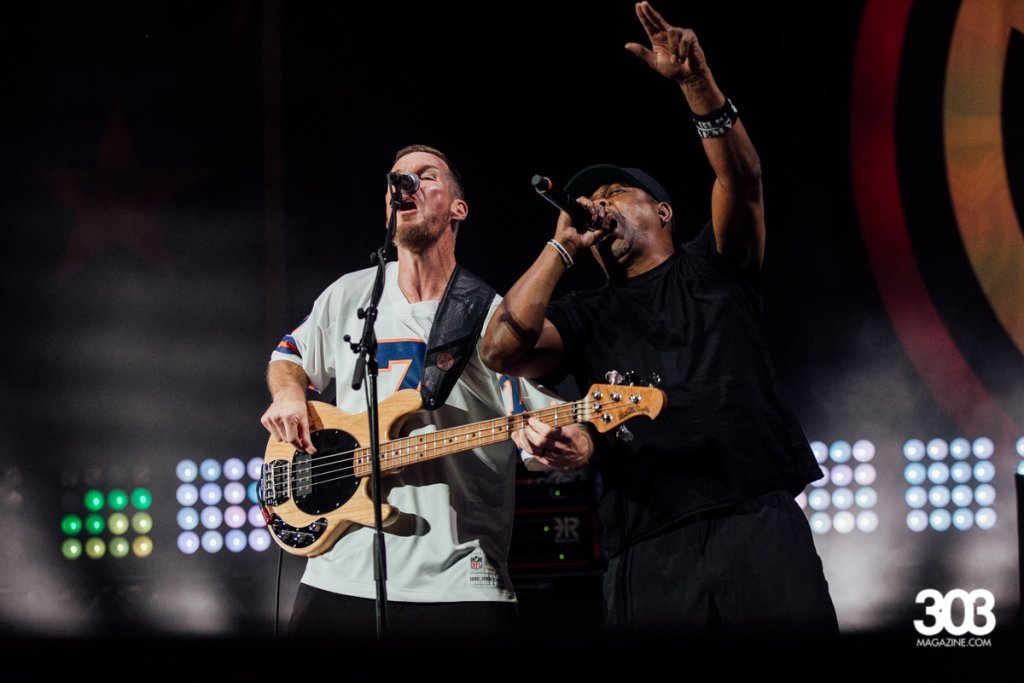 For all those hardcore Rage Against the Machine fans out there, do not expect an exact replica of the original sound. It is true that the new vocalists for Prophets at times have a hard time keeping up with de la Rocha’s original energy and flow (especially Chuck D), but you cannot ask for anything better. The message, noise and anger in each song was infectious. I found myself uncharacteristically putting a fist in the air like I was part of their political revolution.

It is always impressive to see a heavy rock band like Rage still sound so clean and precise at the same time, even after decades of playing. After a mid-set break to make room for some necessary Cypress Hill and Public Enemy songs, the guitarist Tom Morello announced that a portion of the proceeds from the show will go to homeless shelters in Denver, a classic and classy move from Rage. 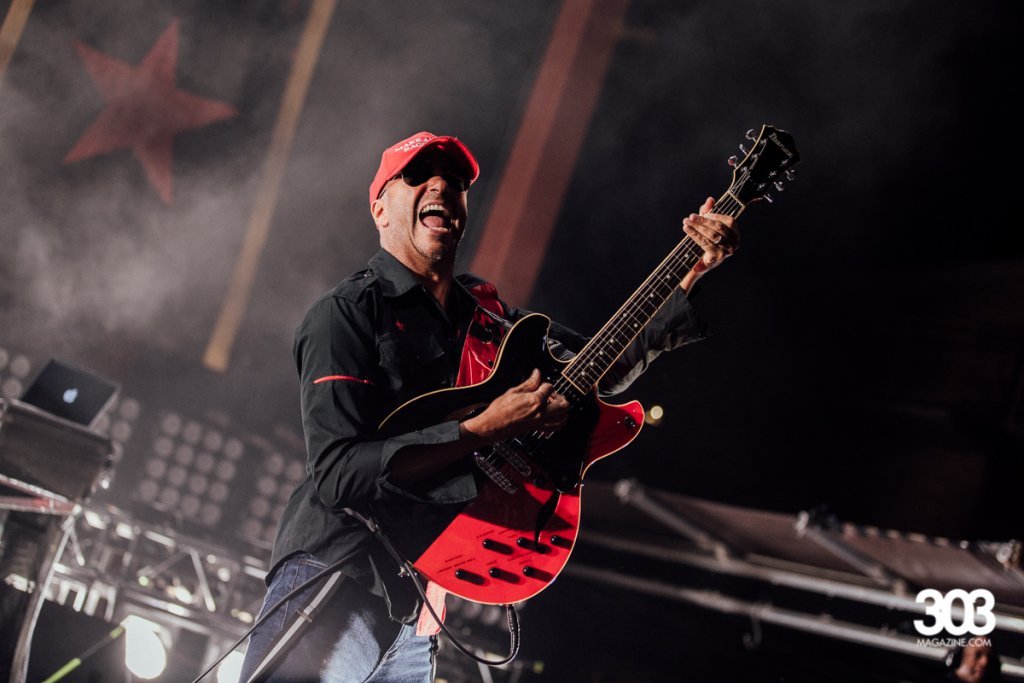 The night concluded with what was to be expected, two massive renditions of “Bulls on Parade” and “Killing In The Name Of.” The finale would not be complete without a heated Morello guitar solo with his teeth, exposing the backside of his guitar that had a perfect and appropriate sign that read “nobody for president.”

There is no telling what the future intentions of Prophets of Rage will be, for now they are back at the perfect time, spreading their message through the only way they know, music.

All photography by Ryan Good. Check out our full gallery of the concert here. 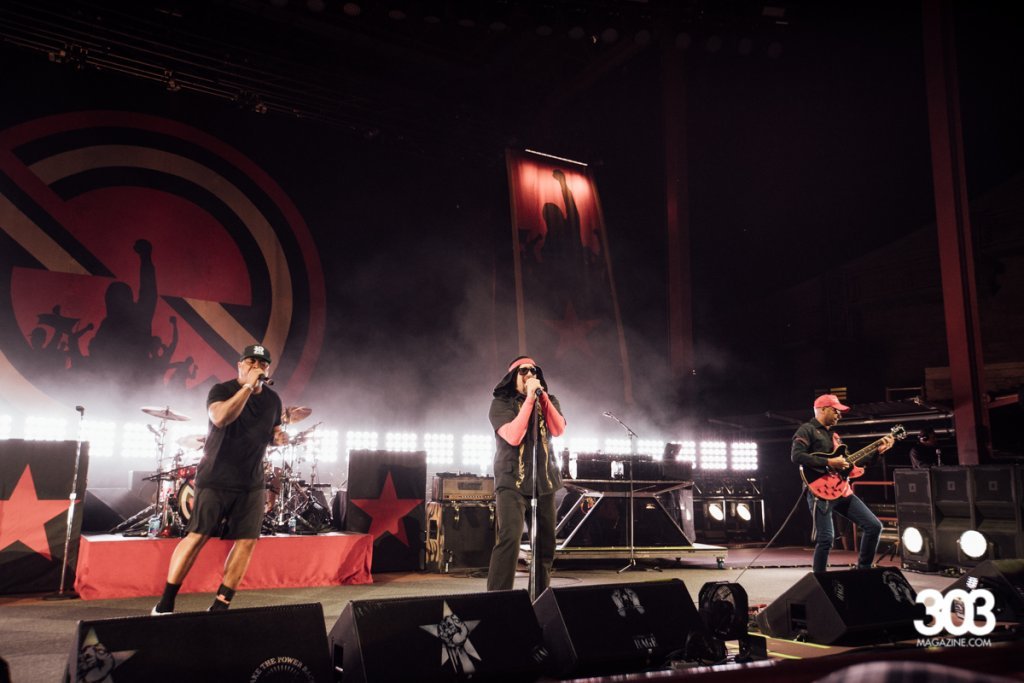