Review – Legendary Phish Back at Dick’s

Labor Day weekend is here, and that means the invincible foursome from Vermont is back in Colorado. For their sixth year in a row and no question of selling out, Phish played their standard three night run at Dick’s Sporting Goods Park, only necessary with a band of this magnitude. It would be wrong for an amateur Phish fan like myself to take a three-night ticket away from true adoring fan, so we at 303 covered a single night, to see what this legendary band had in store for Colorado. 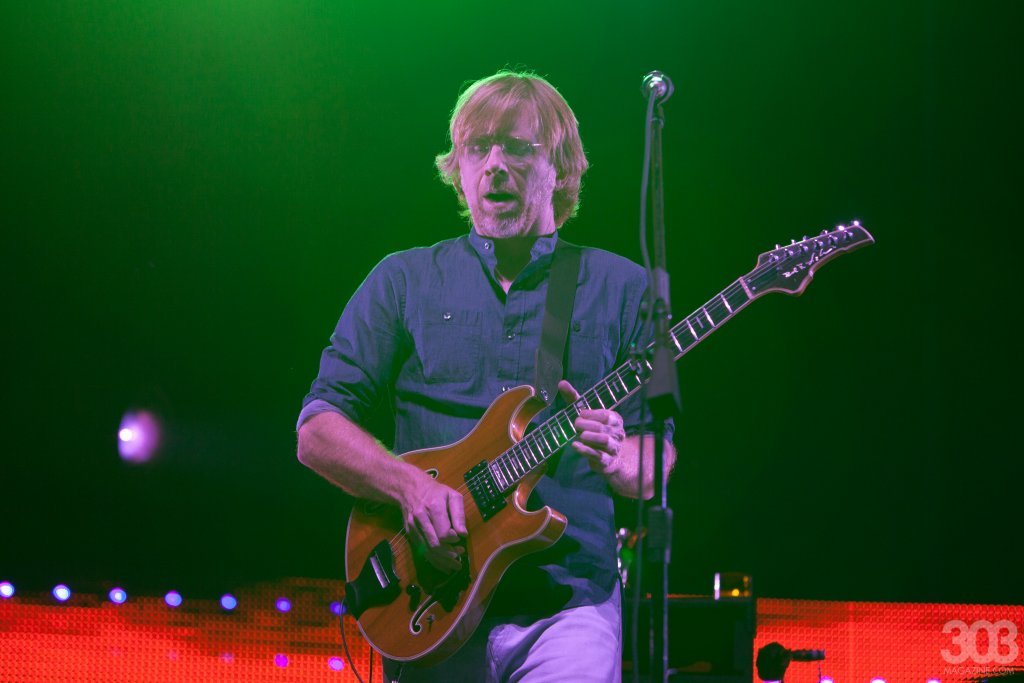 Phish is and has been something of an anomaly when it comes to touring acts. Since the late ’80s, the band has relied on the pure success of their live shows to become one of the most enduring rock bands of all time. As a second-time  Phish show attendee, I cannot, and will not, sit here and tell you how this show ranked next to the hundreds of other Phish sets. I will do my best to avoid any critical comments from the dedicated fans who could tell you every last detail of any Phish show from over the years. No matter if you’re a day-one fan, or just someone who appreciates music history like myself, this night was one of the most unique concerts I have ever seen. 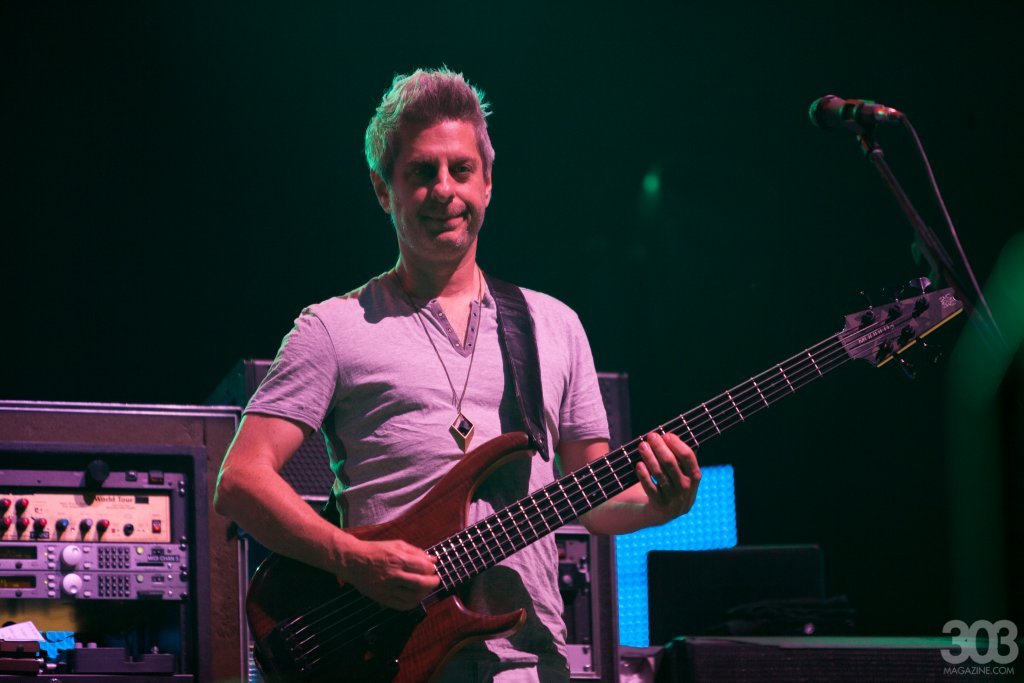 The evening started with wall-to-wall blue skies, a perk always worth mentioning when headed into the thunderstruck plains of Commerce City late in the summer. Driving up, the crowd could be seen converging onto Dick’s like a great religious pilgrimage, a pilgrimage everyone had been making for years, with looks on their faces like it was Christmas morning again.

As soon as the sun set the music opened up to nothing less than a bang with “Ghost.” As the set continued, the jam was heavy and exciting; even Trey Anastasio (lead singer and guitarist) commented on the playing of their keyboardist Page McC0nnell. 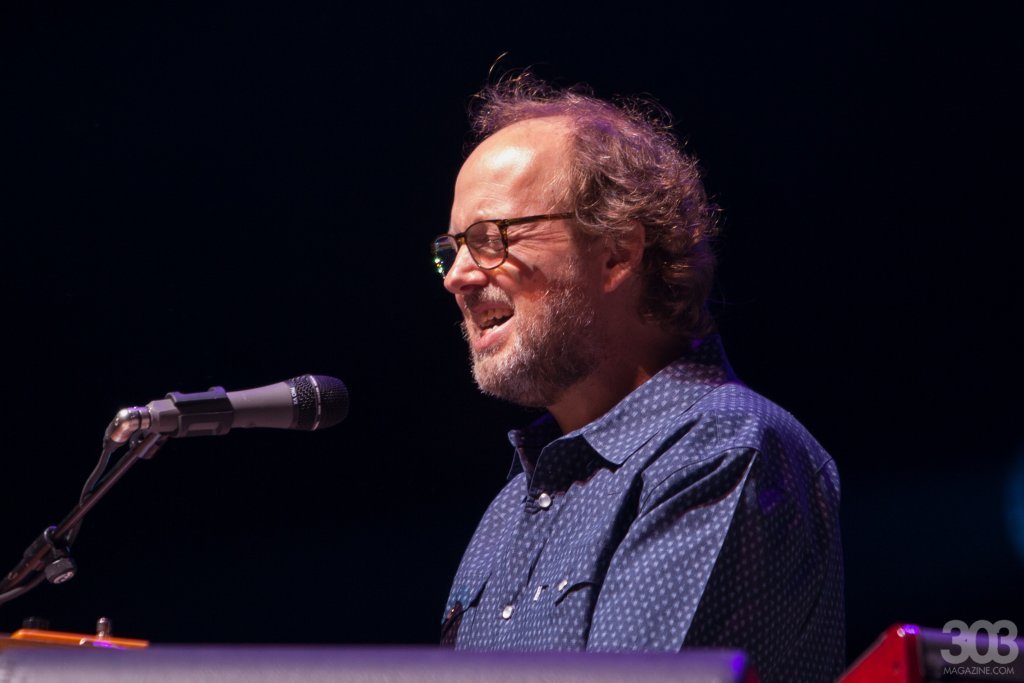 As always, Trey shredded, a lost art form in today’s rock culture, playing his classic guitar solos on top some of the band’s most popular songs like “Undermind” and “Tweezer.” In between every song, the quartet took the crowd on a journey of repetitive melodies that could lull you to an almost hypnotic state. Building and building, you could see people jumping higher and higher, all culminating in a final “drop” to the original melody as the crowd threw more glow sticks than you’ll ever see at an EDM show. Phish finished the encore with the huge “Suzy Greenberg,” leaving not one person in the crowd standing still and creating a turbulent mass of 27,000 people.

Most will say you need all three nights to get the full Phish experience. As a “fan” of the band, I honestly believe I do not deserve to be alongside these longtime dedicated fans for all three nights. They have traveled too far and paid too much to be a part of such a special experience. As Phish will most likely return to Colorado for years to come, my positive review will probably have no bearing on their future success. Their place in rock history is already cemented, and their fans will only stop going to shows when they have stopped performing. 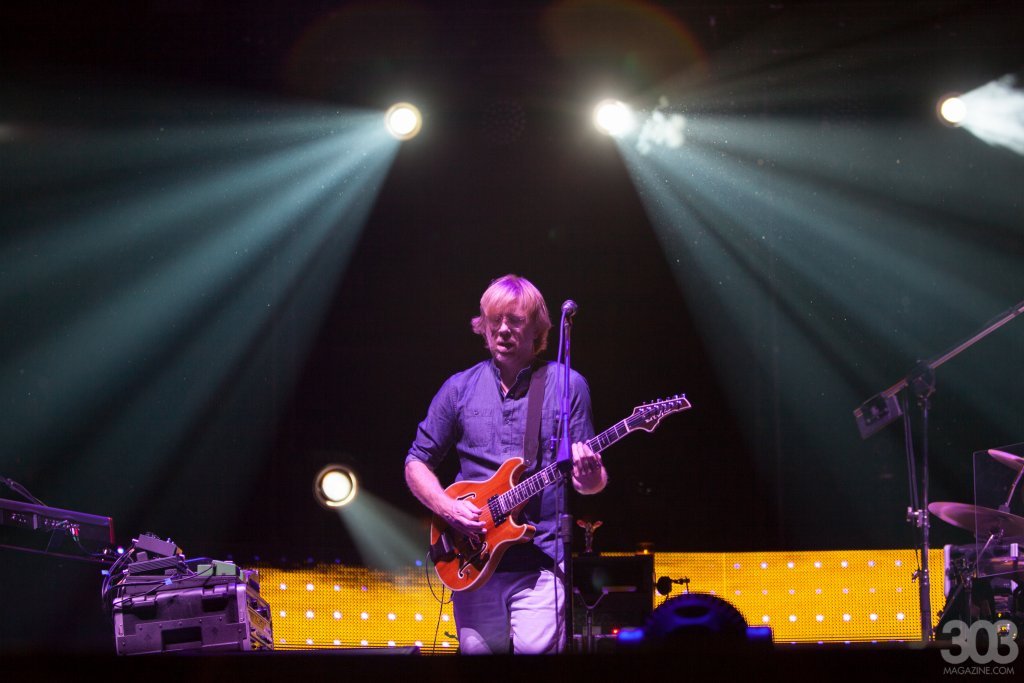