August 20 inaugurated Denver’s newest addition to the brewery scene, Queen Bee Brews. Contrary to popular assumption, this brewery doesn’t brew beer at all — they brew mead. Renowned as the Nectar of the Gods, mead has been created naturally since bees populated the earth, with rainwater seeping into beehives fermenting with airborne yeast. The earliest remnants of home-brewed mead traces back to 7000 B.C. China in pottery vessels. Mead’s common association summons to mind Medieval Germany or the knights of the round table; however, the 21st-century craft beer scene seems to have triggered a similar spike in mead brewing. These days, connoisseurs and plebeians alike can merrily imbibe the honey-wine elixir. 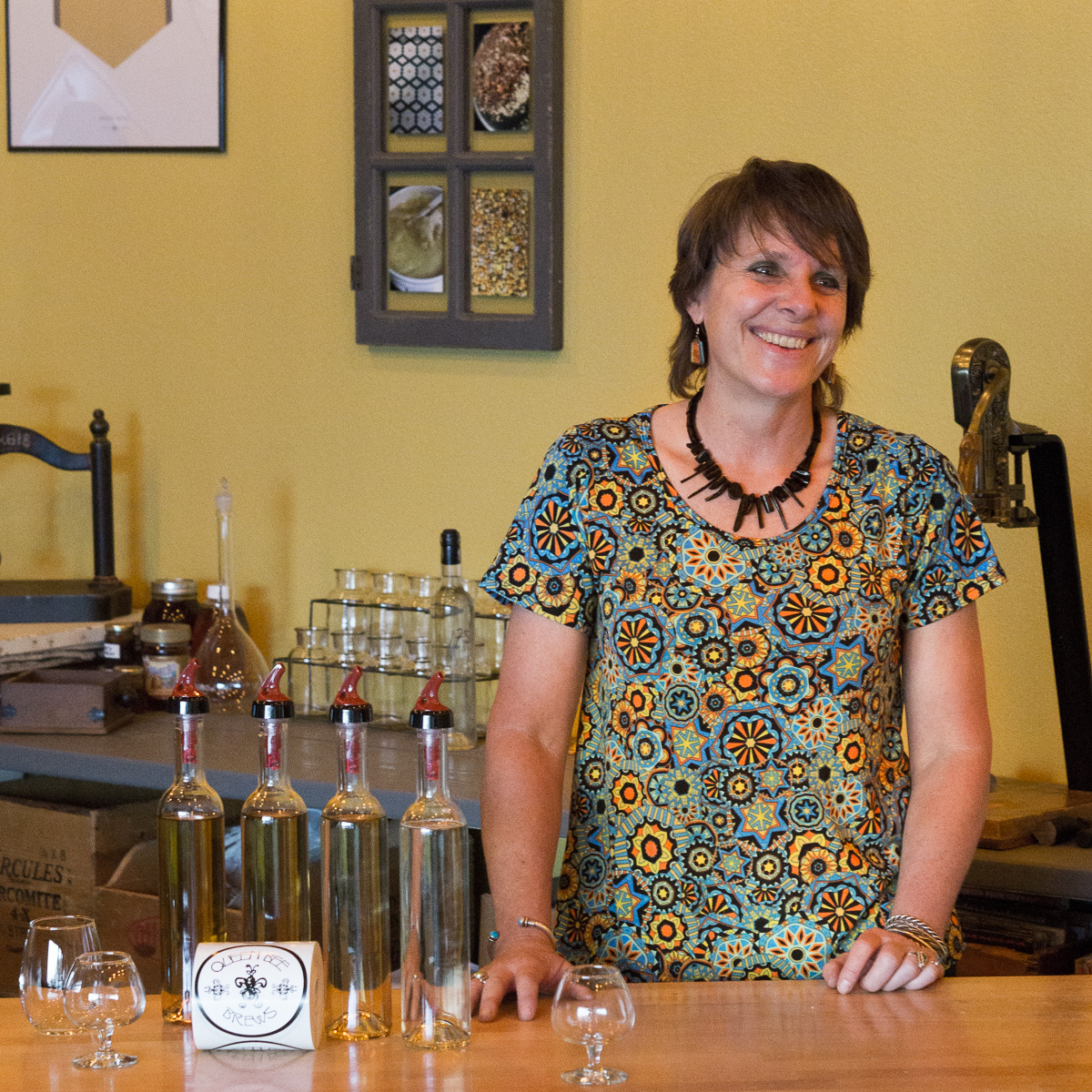 Deborah Lee, owner and brewmaster at Queen Bee, reflects on her first experiences with mead. “A woman in my home brewing circle made a lot of it. She told me it was quicker and less taxing than brewing beer, so I gave it a try.” While everyone else slaved over the perfect Double IPA, Lee evolved batch after small batch of her delicious mead. You might suspect all meads to taste quite similar to one another, but she informed me that, “depending on which flowers the bee pollinates, the mead’s palatability and mouthfeel can shift profoundly.” She works with various flowers and bee colonies around the country, hoping to eventually source entirely from a farm of her own keeping in Northern Colorado where wildflowers are abundant. 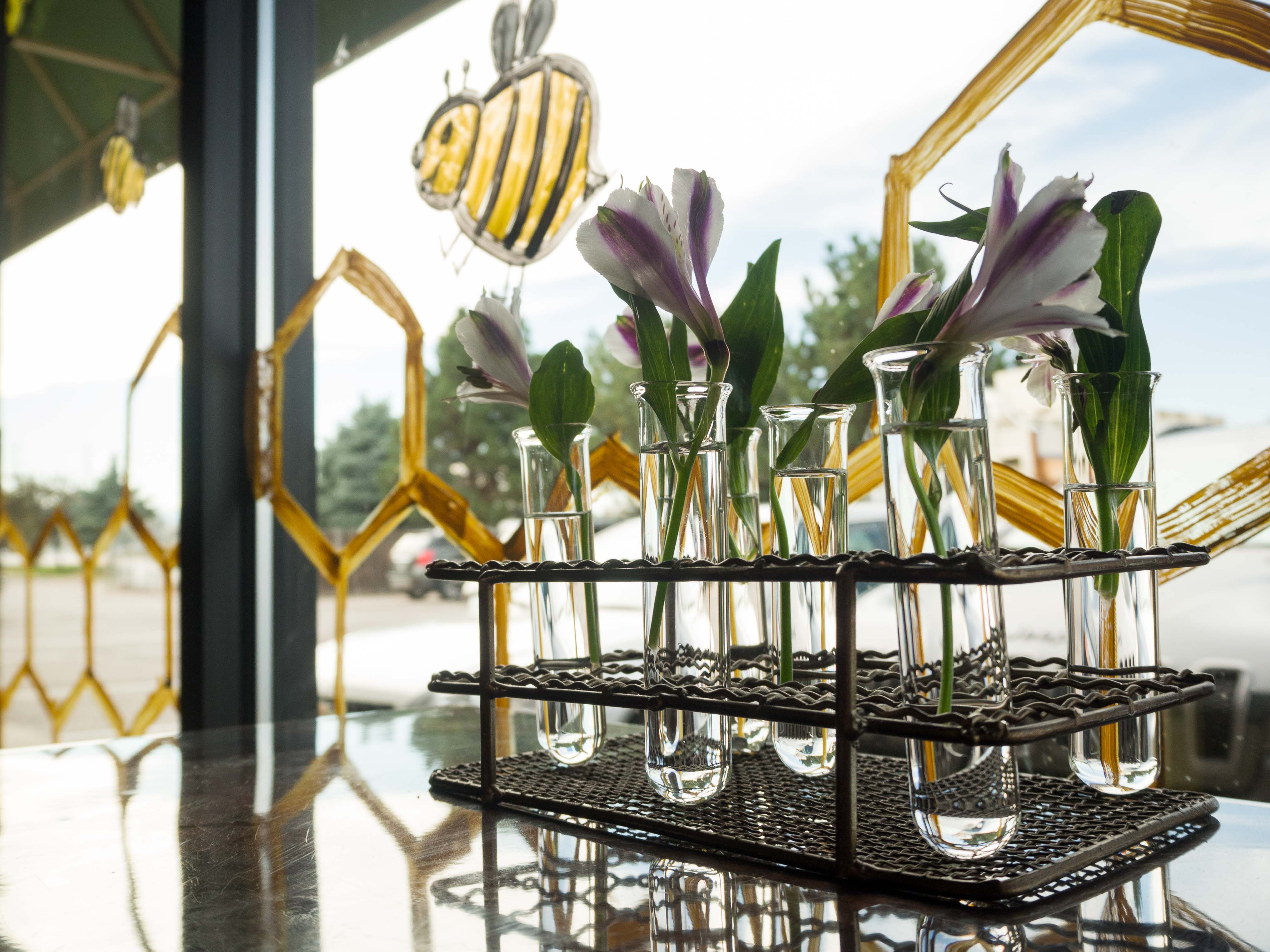 Drawing ingredients from a wide range of geographic locales doesn’t compromise the exquisite delicacy, but enriches the diversity of flavors. The distinctions lie in the terroir of the honey, which stems from various environmental conditions transforming the bee’s relationship with the flower. For instance, her Orange Blossom Mead is derived from California orange tree petals pollinated by the bees whose honey fills the mixture. The flavor profile is complex with a light, malty honey base piqued with a nip of citrus from the oranges. Primarily infused in cosmetics, meadowfoam wildflowers from the Pacific Northwest comprise another one of her magnificent meads, glossing the tongue with a sweet and toasty flavor. “The taste is a combination of the look, smell, flavor and how it sits in your mouth,” Lee explained of the experience of drinking mead. 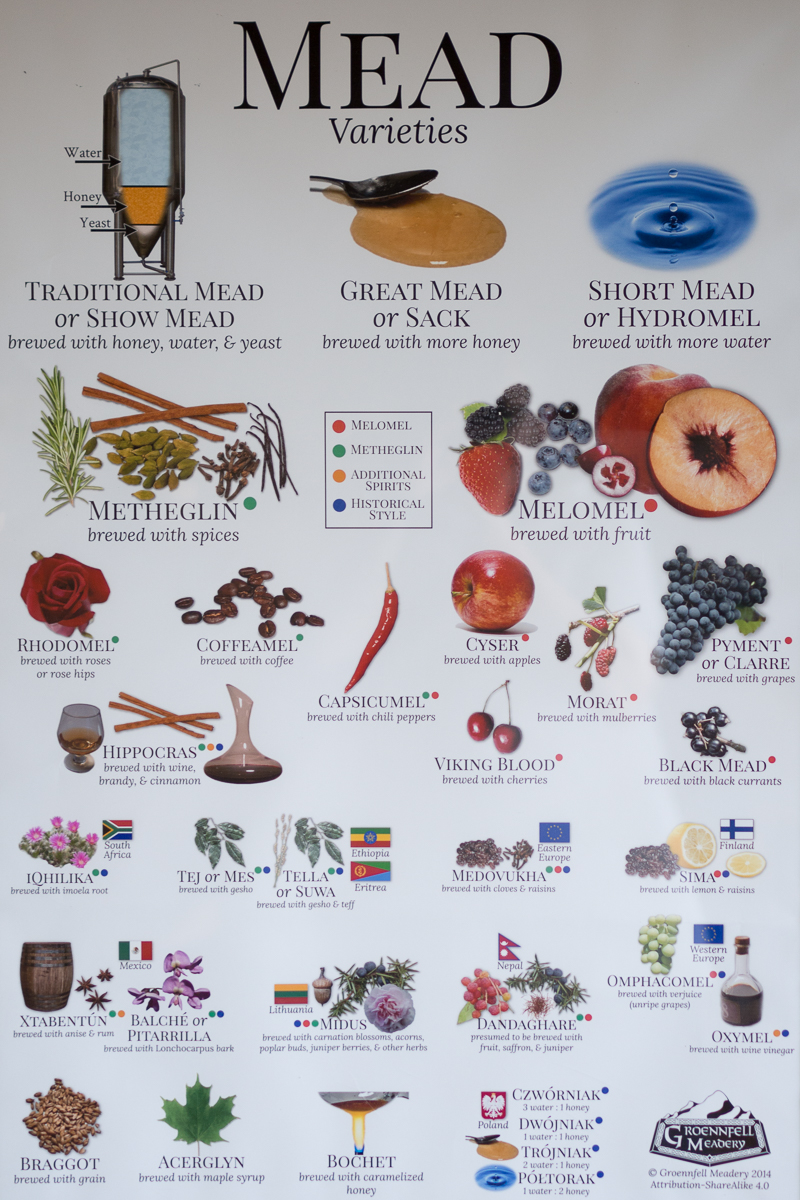 Lee also clued us in on some mead know-how. She taught us that honey has a color scale like grains fluctuating from a translucent water white to a deep amber. She incorporates numerous honeys into her meads, some of which are minimally sweet. The libations can be force-carbonated, slightly fizzy or completely still like the lineup she’s serving now. Collaborating honey with a cider or wine foundation produces a variant called pyment. Lee ferments grapes or apples simultaneously with the honey creating an extremely nuanced profile; such concoctions are forecast for Queen Bee. Other interesting infusions include a chili mead, a coffee blend and one made with prickly pears. 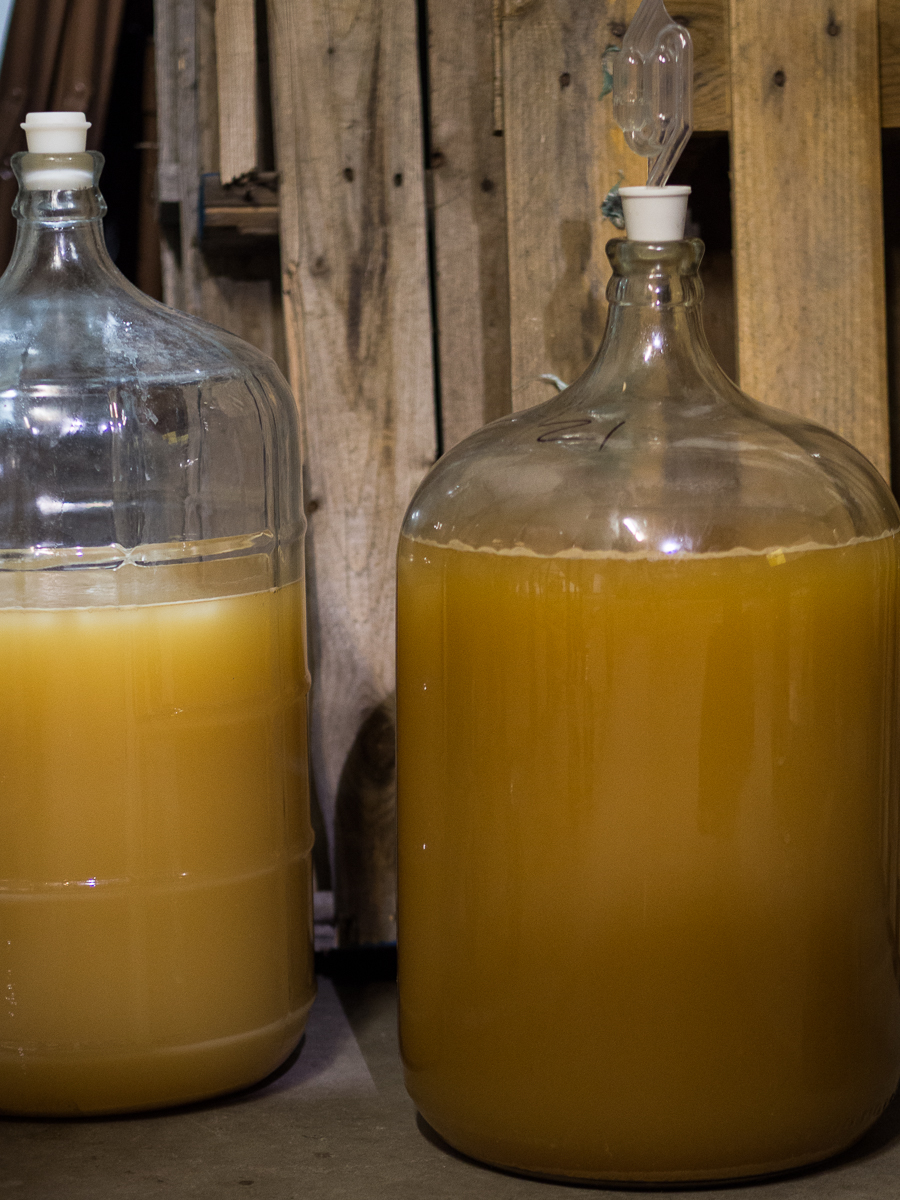 Lee follows in the footsteps of Boulder-based meadery Redstone, which has gained national recognition over the years. Owner David Myers brought the International Mead Festival to Boulder back in 2003, igniting the craze in Colorado. With Queen Bee Brews, Deborah Lee raises the bar in Denver with the metro area’s first major meadery. When we asked her why she decided on mead, Lee replied that mead is a timeless drink becoming popularized with the craft beer crowd. She didn’t quite know who to expect on opening day — highbrow booze snobs or crunchy microbrew hipsters — and the crew turned out to be a mix of all Denverites longing for something refreshing and novel.

The mead is absolutely remarkable, priced modestly between $15 and $20 per bottle. Her tipple will put you in a trance of Renaissance bliss and make you travel back in time to when mead was all the rage. Pouring flights or six-ounce glasses, Queen Bee Brews is officially open for business on 64th and Washington between the Clear Creek and South Platte bike paths — the recommended vessel of transport after sipping the 12% ABV mead according to the queen herself. You can also expect her to pitch a booth at the Colorado Mountain Winefest and the Mazer Cup, a mead competition hosted in Denver next year.

All photography by Andrew Duffy.