This past weekend we were on the Colorado River celebrating the magic that is bluegrass music.  Approximately 30 minutes outside of the Vail Valley, YarmonyGrass is now into its second decade, and consistently boasts the best of bluegrass, string, and jam music, with an unrivaled setting to boot.

The most unique aspect of the past ten years that YarmonyGrass has brought us has been not its lineup, which anyone in the business can get booked with enough money and effort, but rather its non-lineup.  What we mean is, there is no solid lines between artists at our beloved YarmonyGrass, the lineup being blurred so effectively that the entire festival results in one big, weekend-long collaboration.  He sits in with their band, they sit in with her band, and after four days of magnificence an entire new catalogue of monumental music has been created. 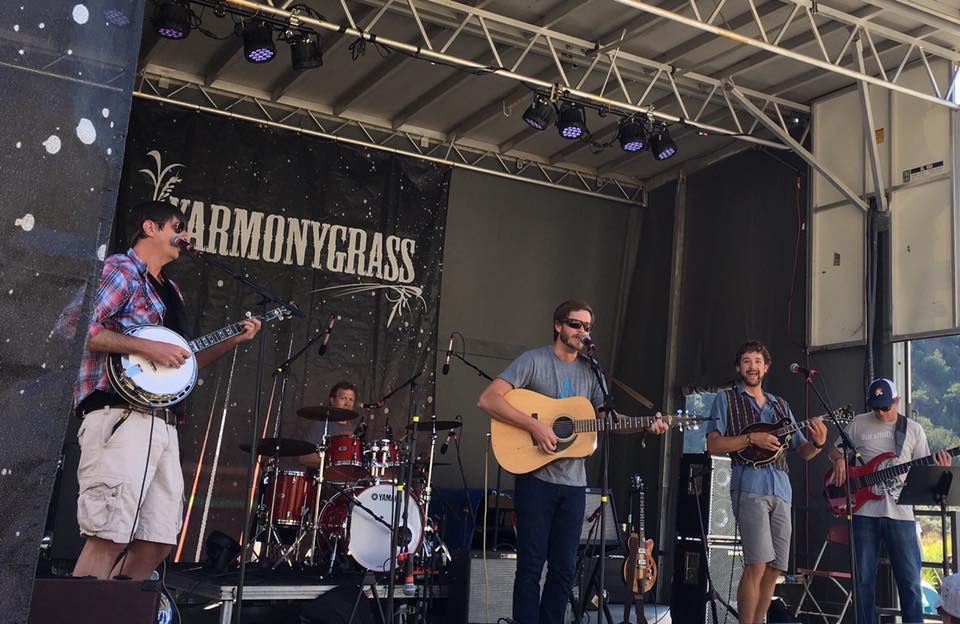 Hog MaGundy, led by Brandon Jay on the fiddle, was one of the first bands to kick off the festival Thursday evening.  This Denver local sextet brought us some of their innovative rock-grass music, and filled in their set with creative renditions of the Grateful Dead’s rockin’ “Viola Lee Blues” and Faces’ sing-along “Ooh La La.”  Though the main stage had yet to be erected for the weekend, Hog MaGundy got the small crowd grooving and ready for the weekend.

The Grant Farm closed out Thursday evening on the Saloon Stage.  Tyler Grant, one of the bluegrass genre’s most versatile and talented pickers, led his band on the flatpick guitar through a number of original numbers, including their epic, collaborative “Meet Me On The Mountain,” originally recorded with Fruition.  The band included in their set beautifully done versions of The Band’s “Ophelia” and a jammin’ “St. Stephen” by the Grateful Dead. 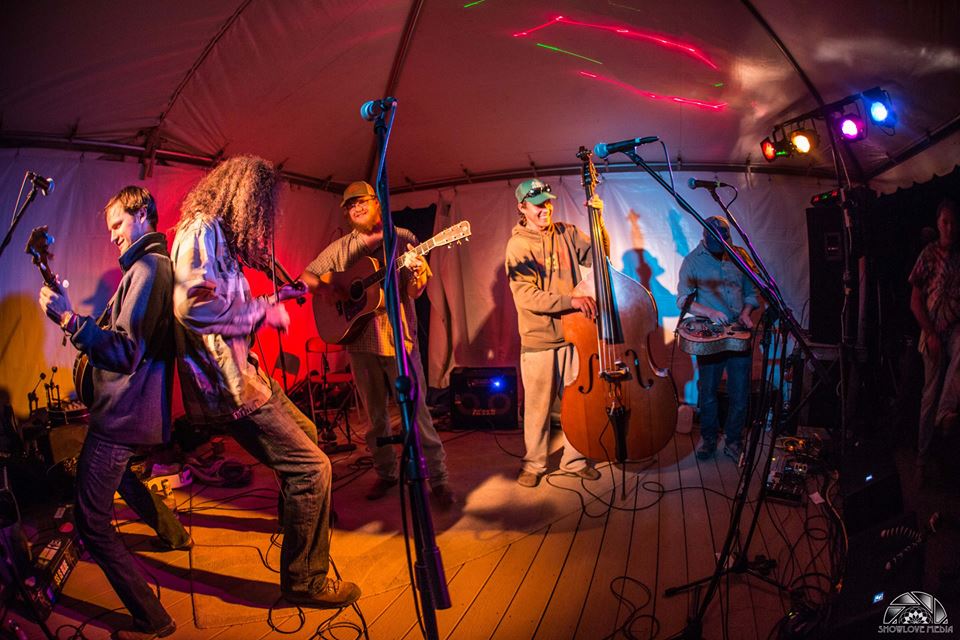 Thursday evening’s scheduled music finished by midnight, and us festival-goers had the late-night jitters.  So, our small-yet-growing crew gathered around a campfire as a few musicians began pickin’ on their instruments.  Soon enough it was early Friday morning, and the group of musicians had nearly quadrupled.  By 2 am, we had a three or four guitars, a dobro, a banjo, a stand-up bass, a fiddle and a washboard.  One of the greatest and most inspiring moments of the festival was the improvisational jamming that went into the wee hours around a burning fire. 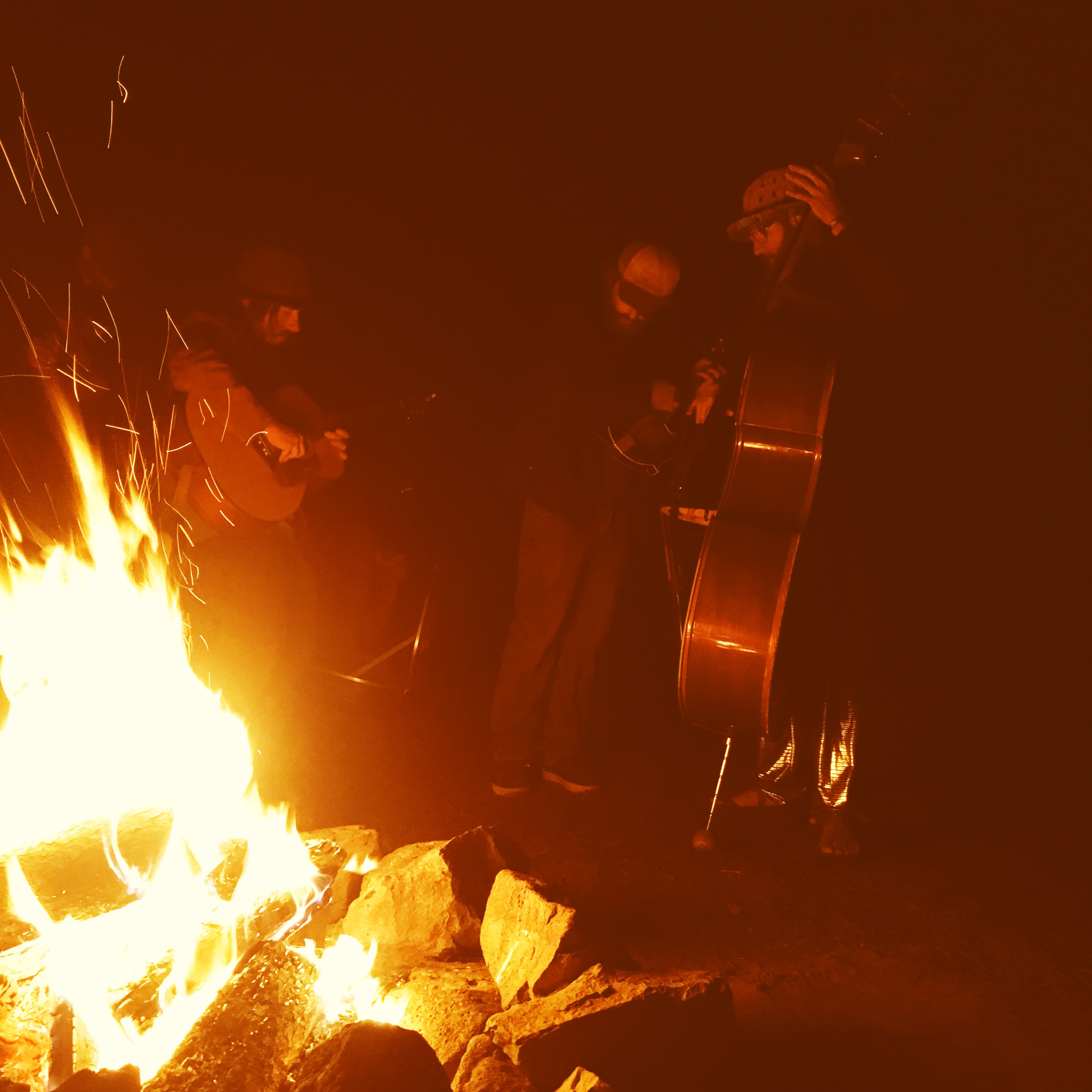 Jeff Austin and his band was easily the most highly anticipated act of the weekend, with countless diehard fans having not had the chance to see their favorite fiddle player since Austin’s departure from Yonder Mountain String Band more than two years ago.  During his headlining performance, Austin invited Andy Hall and Roosevelt Collier to join his four-piece band for a set that one fan would end up calling “a burn burner.”  Running through fan favorite after fan favorite, the highlights of the show were many, such as “Half Moon Rising,” “Rag Doll,” “Dawn’s Early Light, “Raleigh & Spencer” and “Ten.”  A high-energy rendition of The Dillards’ “Rueben’s Train” was also featured during the awesome set. 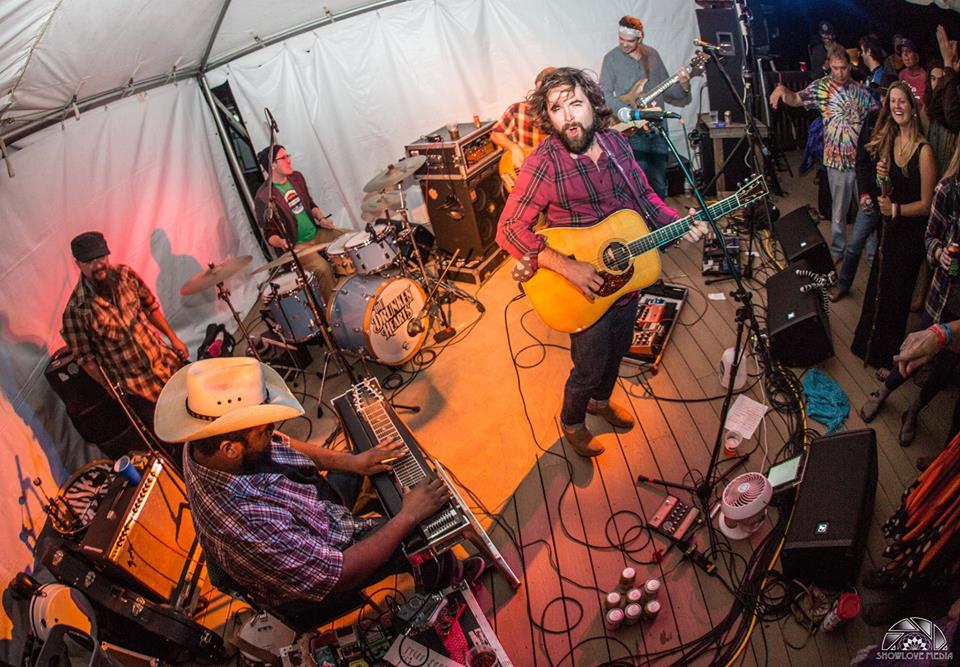 Though most of the lineup is local to Colorado, one of the few exceptions is Montana’s own Kitchen Dwellers.  And since some of the members do call Colorado home, it’s no surprise they made it out for YarmonyGrass and showed us a great time, led by grizzly-voiced Torrin Daniels on the banjo.  Daniels brings an incredibly unique sound and energy to the band, and with Swain, Davies and Funk, the Dwellers can be considered one of the most professional and refined “amateur” bands in the game.  In just an hour, the Dwellers’ Saturday set(s) busted out a number of heaters, including “I Wish I Was A Mountain,” Grateful Dead’s “Deal” and Warron Zevon’s “Lawyers, Guns And Money.”  The band’s also got a sense of humor, as we saw when they invited Pat Fiddle to lead a solo-ridden version of “Old McDonald.”

Andy Hall’s Joint Set (of the Infamous Stringdusters) was yet another headlining act of Saturday night, and proved to have one of the most clean and crisp sets of the weekend.  With the weekend wrapped up, we can safely say that Andy Hall was this YarmonyGrass’ Most Valuable Player, whether melody-making with Coral Creek, getting  far down with Roosevelt Collier or fast-pickin’ with Jeff Austin.  Though he was on and off the stage throughout almost every set during the weekend, this Joint Set was Hall and his steel guitar’s time to shine, which included tremendous versions of Grateful Dead’s “Mr Charlie,” Tom Petty’s “American Girl,” Jerry Garcia’s “Catfish John” and a grass-tastic “Boogie On Reggae Woman” by Stevie Wonder. 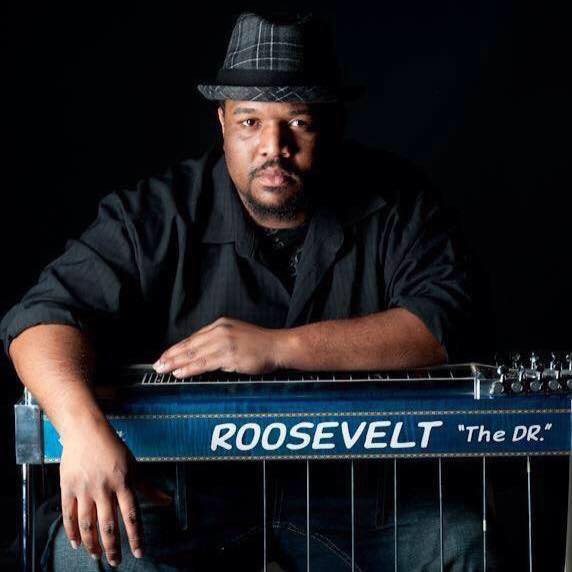 Roosevelt Collier is infamous for exactly what YarmonyGrass is known and loved for – his impromptu and improvisational collaborations.  Dubbed as the “Get Down,” Roosevelt “The Doctor” Collier immaculately curates lineups for his performances, and Saturday evening was no exception.  The band fluctuated throughout the night between artists-at-large and special guests galore, and the result was a fantastically funky set that broke out from the genres that had taken such precedent.  The “Get Down” was a real groovy breathe of air that blew in fresh from the Rockies, and kept the crowd going into the late, late in the evening.

And who do we have to thank for another incredible year, and a second decade of YarmonyGrass?  Hats off to Colorado’s own Andrew McConathy and the Drunken Hearts, who have been the heart and soul of this beloved festival since the very start.  McConathy’s pipes are some of the most unique in the business, and his crooning vocals led the band through a full set on both Friday and Saturday.  The sets consisted of a number of inspirational covers, like Tom Petty’s “Runnin’ Down A Dream,” Jimmy Buffett’s “Dean Moriarty’s Blues” and the campground classic “RV.”  The band brought out originals like “Want You Back” and “Holes In My Shoes” for a versatile and magnificent couple hours of tunes. 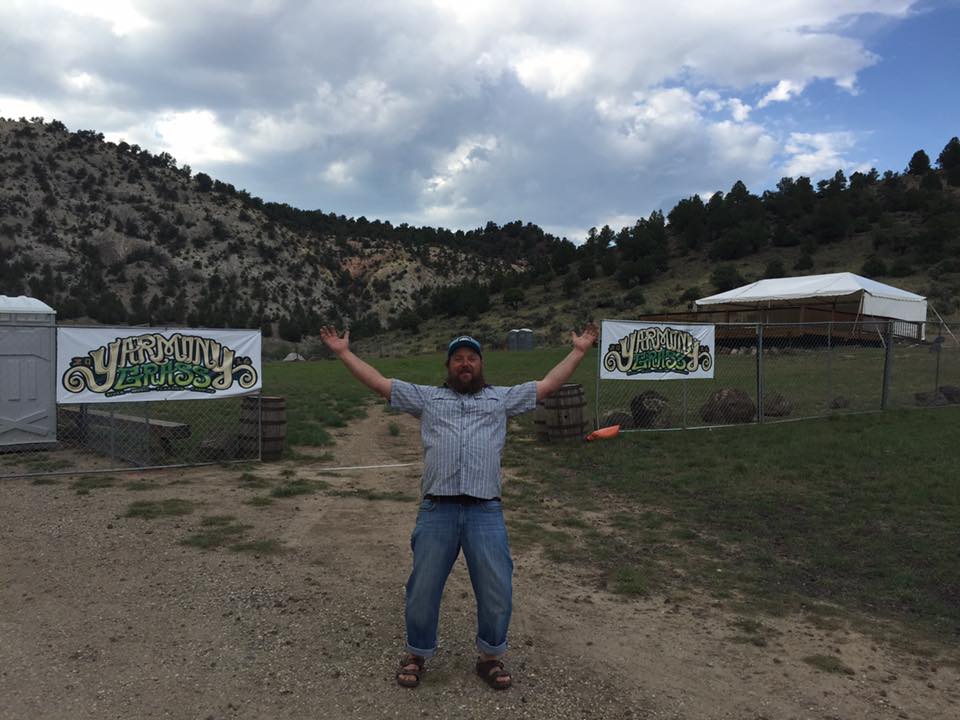 Just like that, another YarmonyGrass has come and gone, proving yet again that sometimes its the small festivals that are the best festivals.  Up there on the Colorado River and out of any and all cell service, YarmonyGrass is great because of its priorities – friends and family, living simply, and the excellent music that oftentimes can be easily forgotten.  As Yarmony officially enters its second decade, we look forward to the next nine years of tried and true grass and string music…and then some!