Singer and hit song writer Jon Bellion returned to Denver this past Tuesday and brought that “New York Soul” straight in to the heart of Colorado. The only Colorado stop on the highly anticipated tour promoting Jon’s debut album, The Human Condition, The Gothic Theater was easily sold-out even a month before the show date of July 19, 2016. The Human Condition Tour opened with some true artistry and all of the openers played a pivotal role in creating Jon’s’ album as well.  Alec Benjamin, Blaque Keyz and Son Real all took control of the opportunity to open for a sold-out show and impressed to the fullest. The night was packed full of emotion and good vibes, and great music was the common theme throughout the concert. 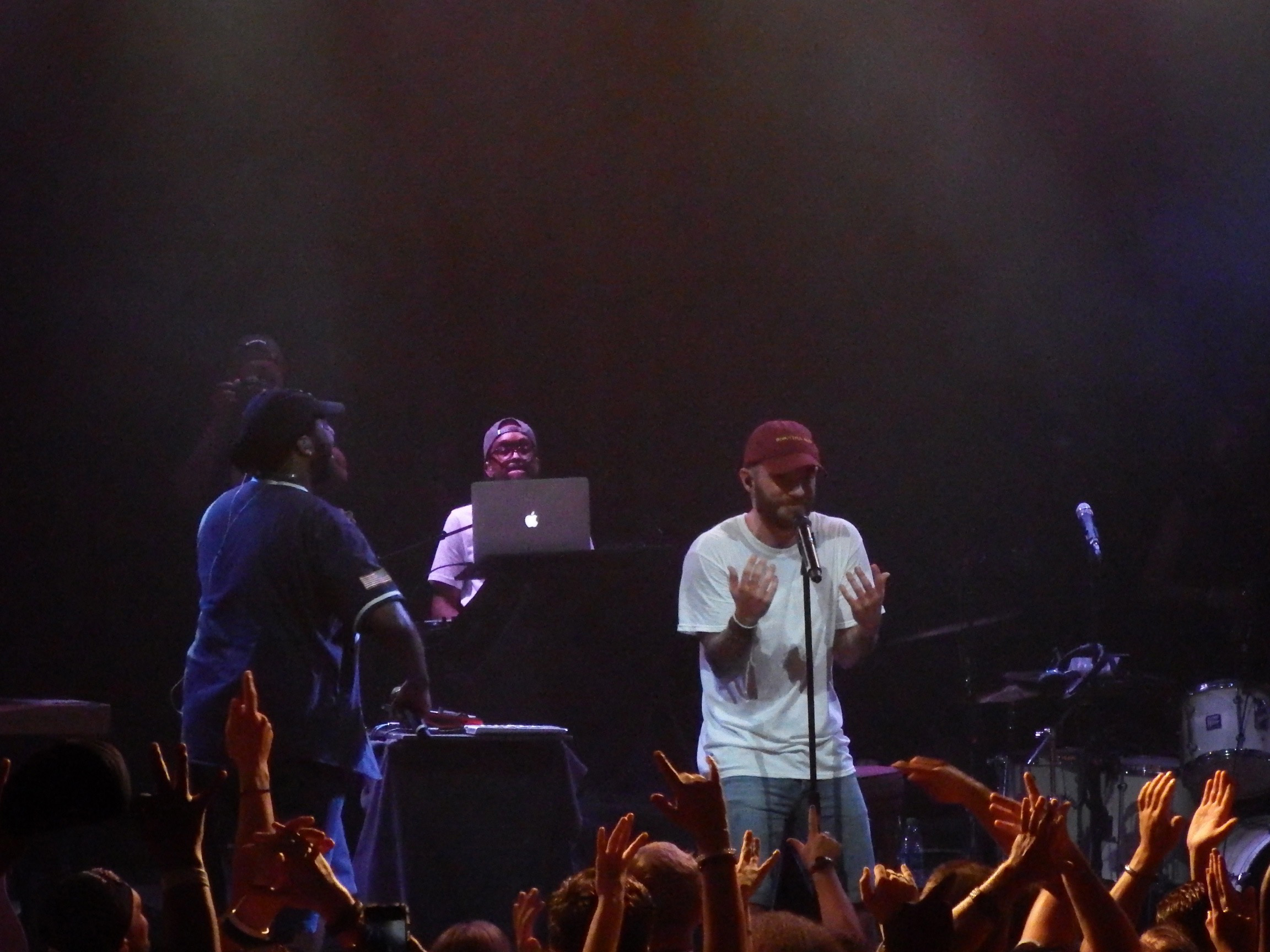 Alec Benjamin started off the night, and displayed his angel-like voice on stage to the antsy crowd of show goers. With little recognition from the crowd, the reactions started off small; however, they increased greatly when he announced that he is the voice on the chorus of Jon Bellion’s song “New York Soul Pt. 2.” The set contained a few original songs, but the standout moment was an epic rendition of Eminem’s “Stan,” including both the rap verses and the beautiful chorus originally sung by Dido. 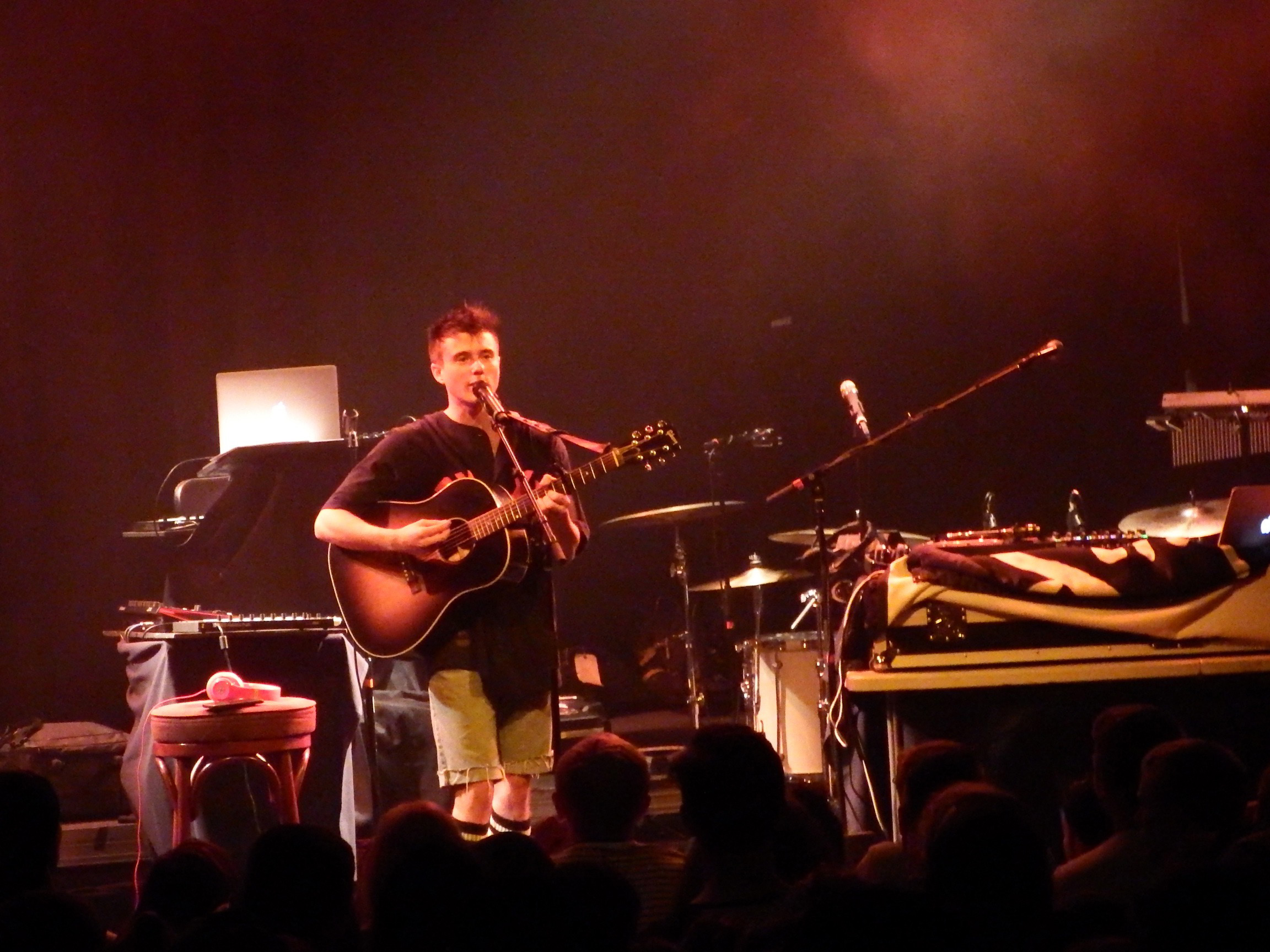 Next out was Blaque Keyz, another friend and fellow contributor to Jon’s album.  The emcee switched the vibe up in the room a bit and came on stage and rapped for the excited crowd. After playing some original tracks that the crowd seemed to dig, Keyz dropped a couple acapella freestyles that really impressed the hip-hop heads. The set was energetic and Blaque Keyz proved to be a solid performer. 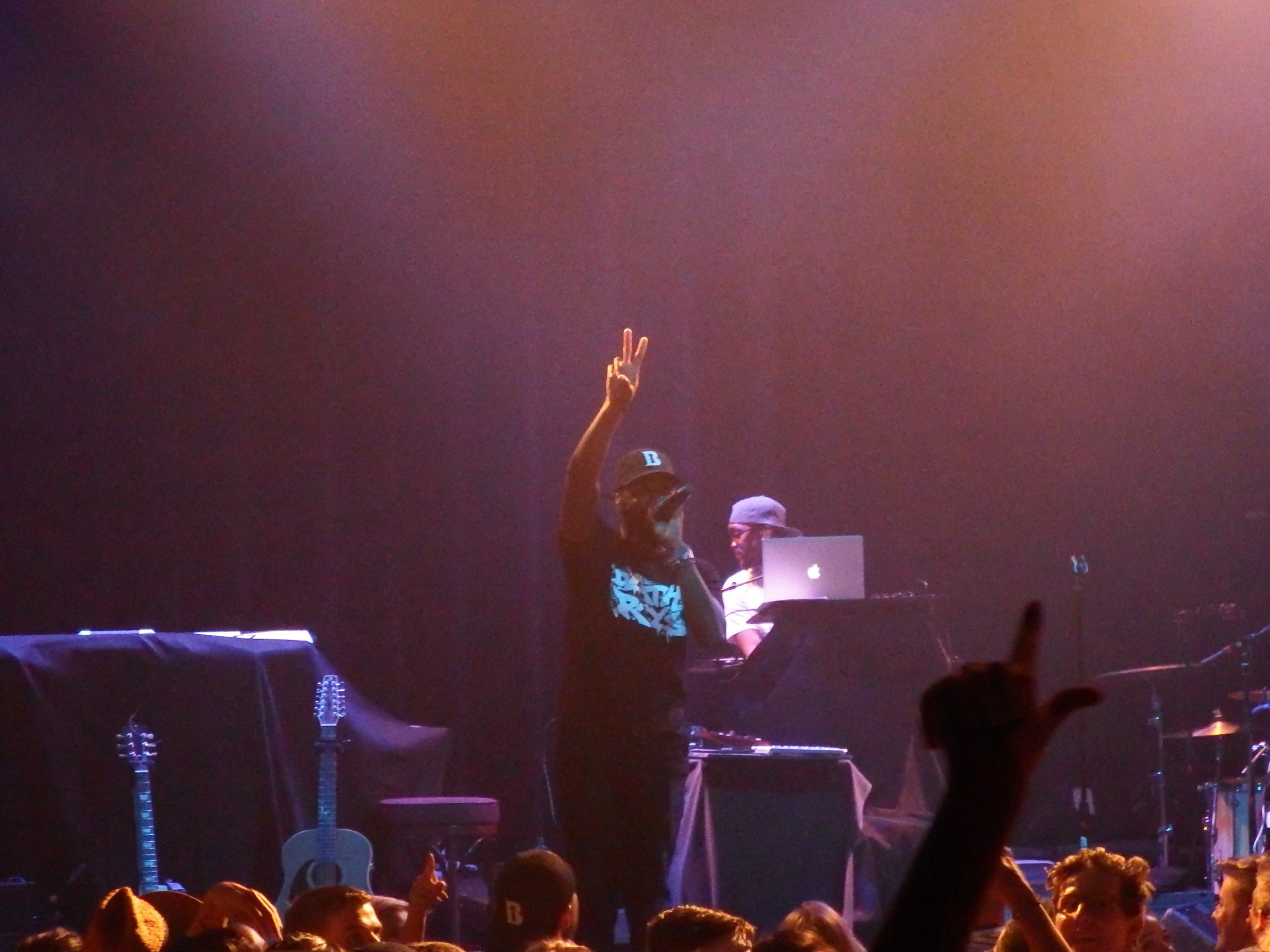 Next out was Jon’s capital Records affiliate SonReal, a rising emcee who has seen a ton of success in his home country of Canada. Son definitely has a unique sound and style, and manages to blend singing and rapping together flawlessly. Highlights from the set included a powerful performance of “Try” and an all-out party for “Everywhere We Go” which the crowd jumped and sang along to fearlessly. The set ended with another banger in “Soho” from his upcoming project called The Name— set to drop on August 12, 2016. SonReal showcased some incredible stage presence throughout and definitely won over some new fans in the Colorado area. 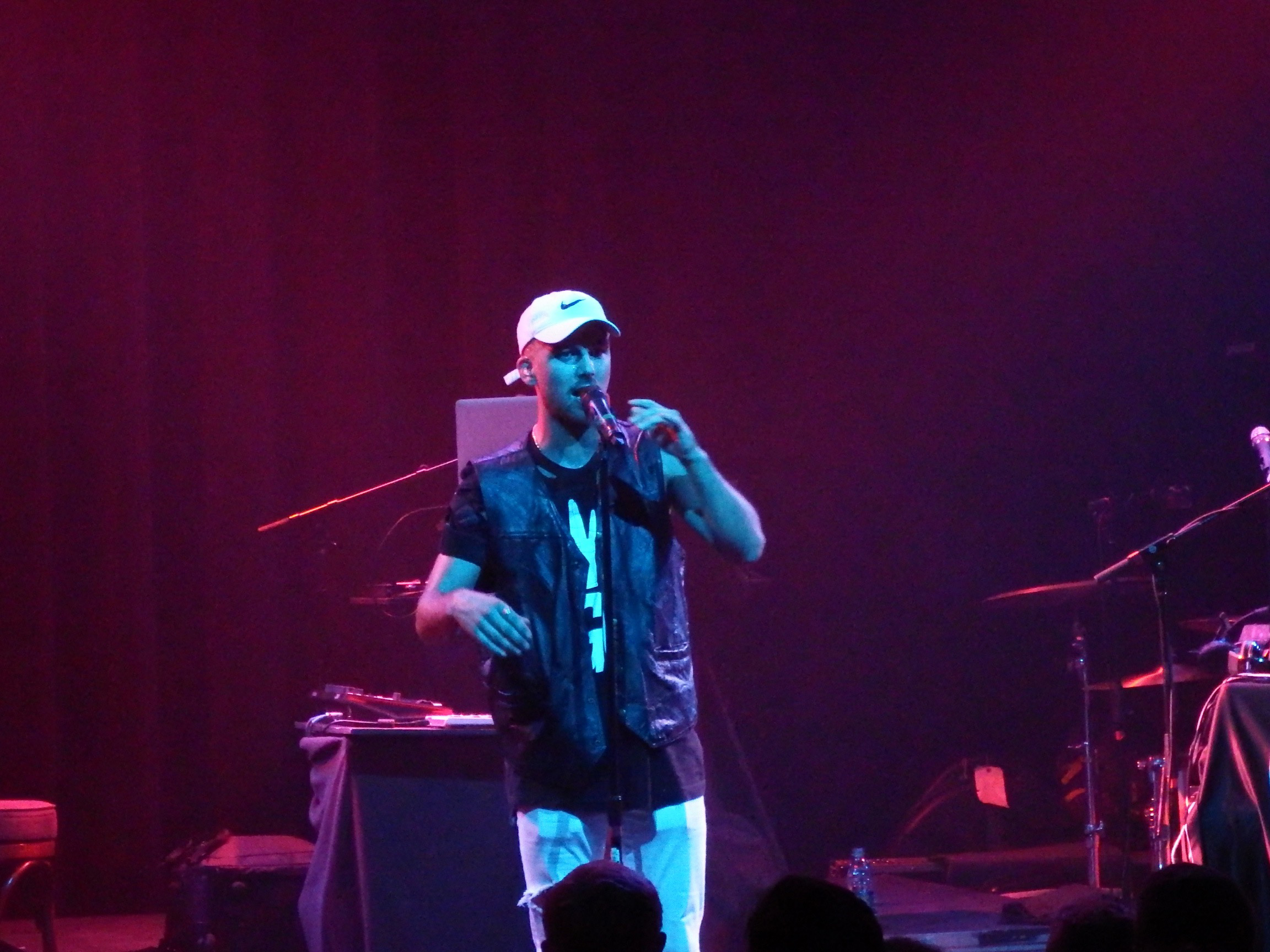 As Jon finally hit the stage, he was greeted with a thunderous roar of cheers and screams from the packed  venue. The set was very good, and heavily relied on tracks from the new album, but managed to do so in a way that was a completely new experience for listeners. When it comes to making music, an artist has two choices when performing his work live — lackluster rapping over the recordings of your voice, or create an entirely new rendition of the song for the live show and make the event truly unforgettable. Jon chose to do the latter and brought out a full live band, complete with a guitarist, bassist, and a drummer — and reworked every single song he performed into a new live experience. Whether it was adding in impressive guitar and drum solos, or live mixing and Dj’ing with an electronic drum machine — Jon pulled out all of the stops to make this a truly one-of-a-kind live experience. 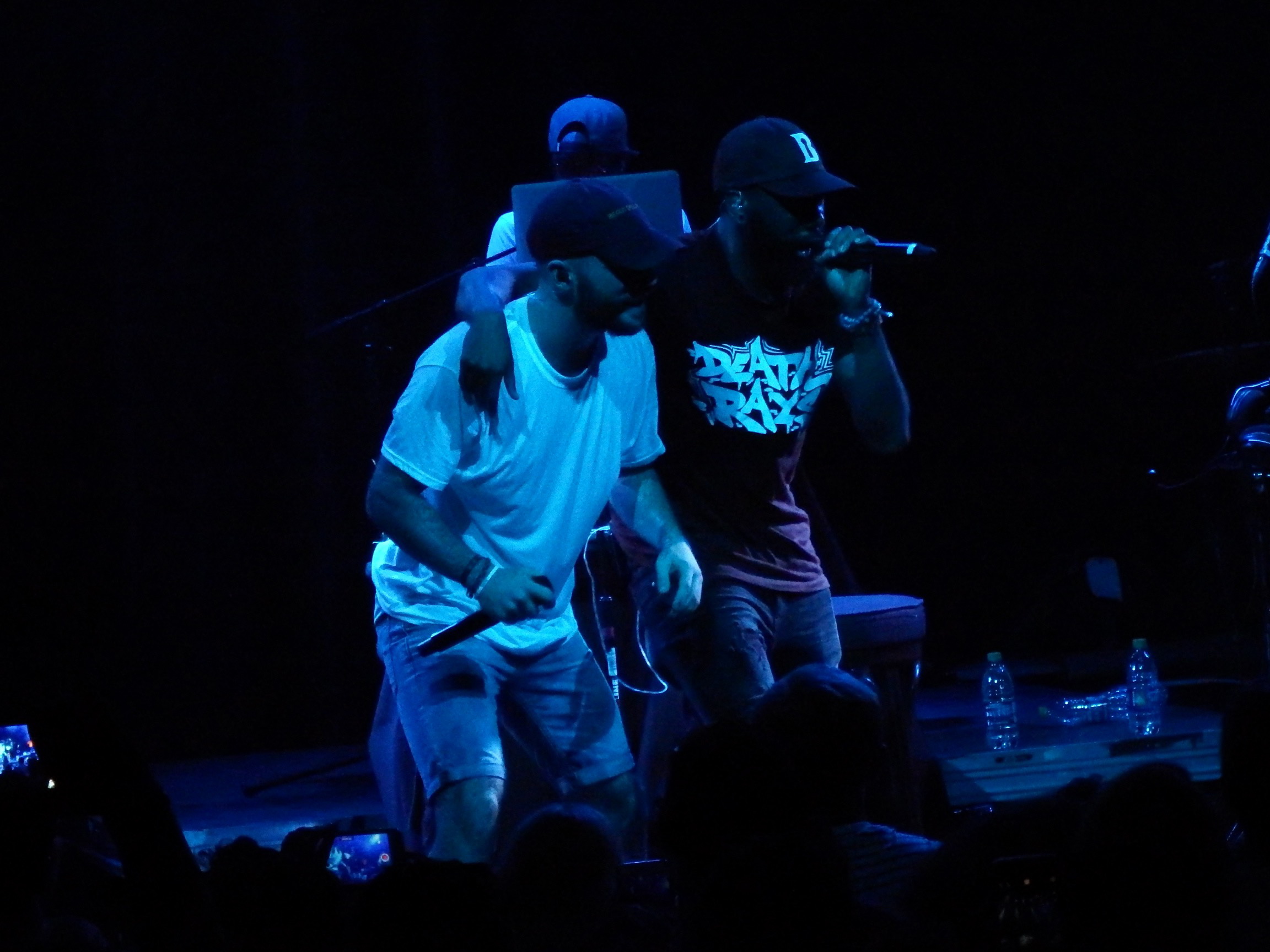 After opening up with a beautiful rendition of the intro to the album “He is The Same,” The cheers were endless and Jon took a moment to feed off of the amazing energy that was coursing through the Gothic Theater. Displaying some impressive stage presence throughout the night, Jon had full command of the crowd and made sure to use the entire space of the stage — a quality all good performers are able to do.

Highlights from the set included the masterful reworks of tracks like “Overwhelming,” “Maybe IDK,” and “80’s Films.” As mentioned before, the openers all played a part in the making of The Human Condition and each made their way back onto the stage to perform their respective songs in the set. Blaque Keyz returned to perform his verse on “Weight of The World” and Jon personally called Alec Benjamin back up to the stage to perform “New York Soul Pt.2.” 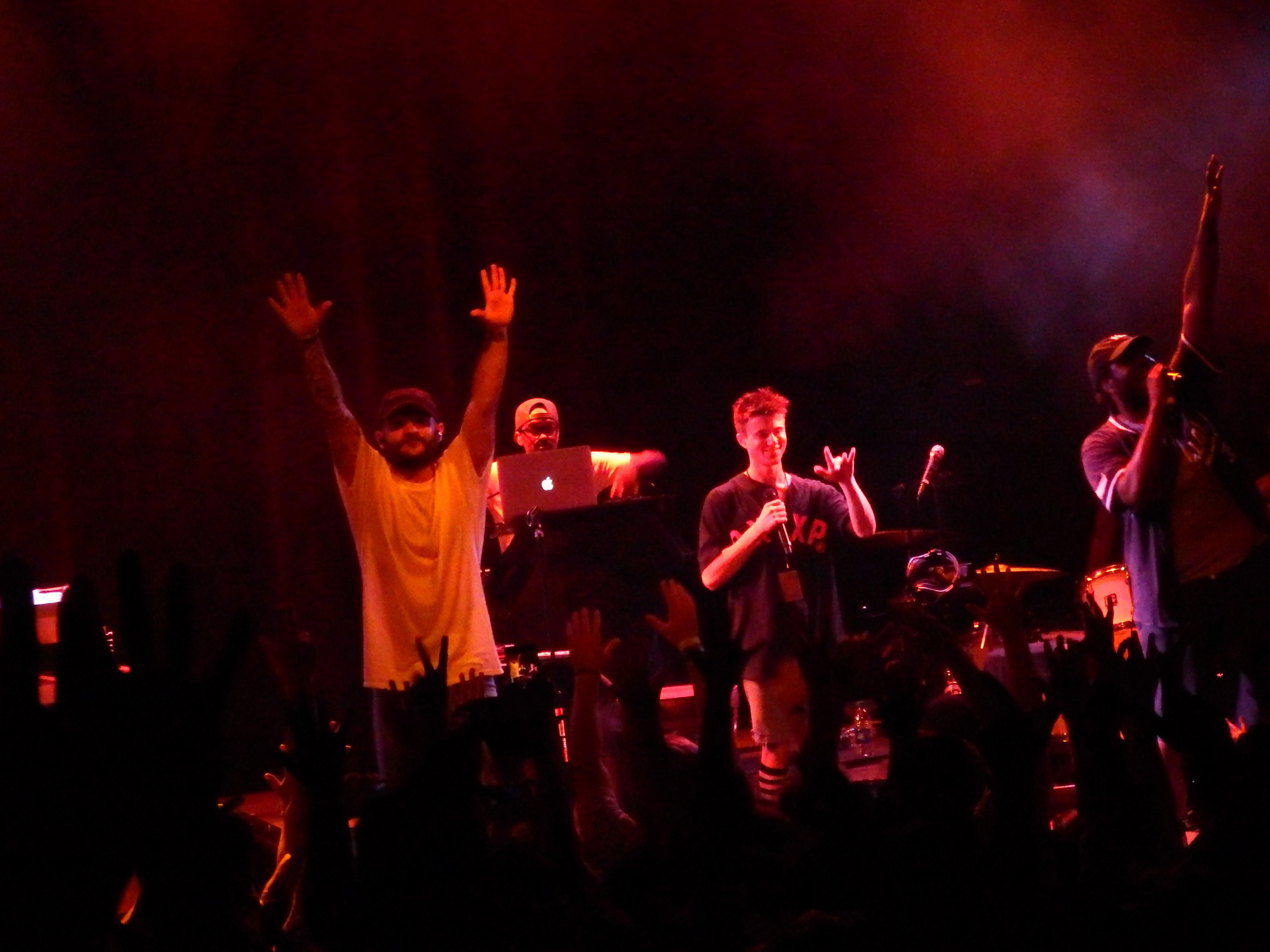 After a night full of great music and good times, Jon capped off the night with an equally exciting ending.  The show was capped off with the outro to the album, “Hand of God,” but in usual concert fashion— the fans cheered encore enough to provoke Jon back out for a wild final performance of the hit 2013 single “Jim Morrison.” After a successful run co-writing hit songs for other artists, such as Eminem and B.O.B, it’s clear now that Jon Bellion is ready to put the spotlight on himself and showcase all of his many talents.