When I first signed up to cover Dead Rocks this year I thought to myself— this will be a great introduction to the bigger name EDM shows, and as a bonus, I get to see a hilarious set by Lil Dicky as well. Expectations were high, as Zeds Ded is one of the most talked about artists in the EDM culture and has been returning to Red Rocks with this show for the last three years. With a great lineup of openers including Phusher, Rezz, Nghtmre, Lil Dicky and Tchami— Dead Rocks 2016 sold out easily and the artists came through and delivered an amazing night of raging.

First out was Pusher, opening with a quick 30-minute set as the venue began to fill in.  A few fans grooved along to the fast paced electronic set, but with only a quarter of the crowd in the venue at the time, it was difficult to get a good source of energy going. Pusher did what he could and rocked a solid opening set and the fans cheered on as the entrance of Rezz signaled another step closer to Zeds Dead.

Rezz hit the stage with her signature custom made LED googles and the crowd gave a welcoming cheer to another huge up and coming act. After delivering some key heavy drops, she managed to get some of the crowd up moving and bring some life into venue. About half of the crowd had made it in by this point, but the vibes were quickly picking up and the anticipation for Zeds Dead was steadily increasing. After premiering some brand new music which the crowd reacted well for, Rezz ended her set and left dubstep fans satisfied with another great opening set. 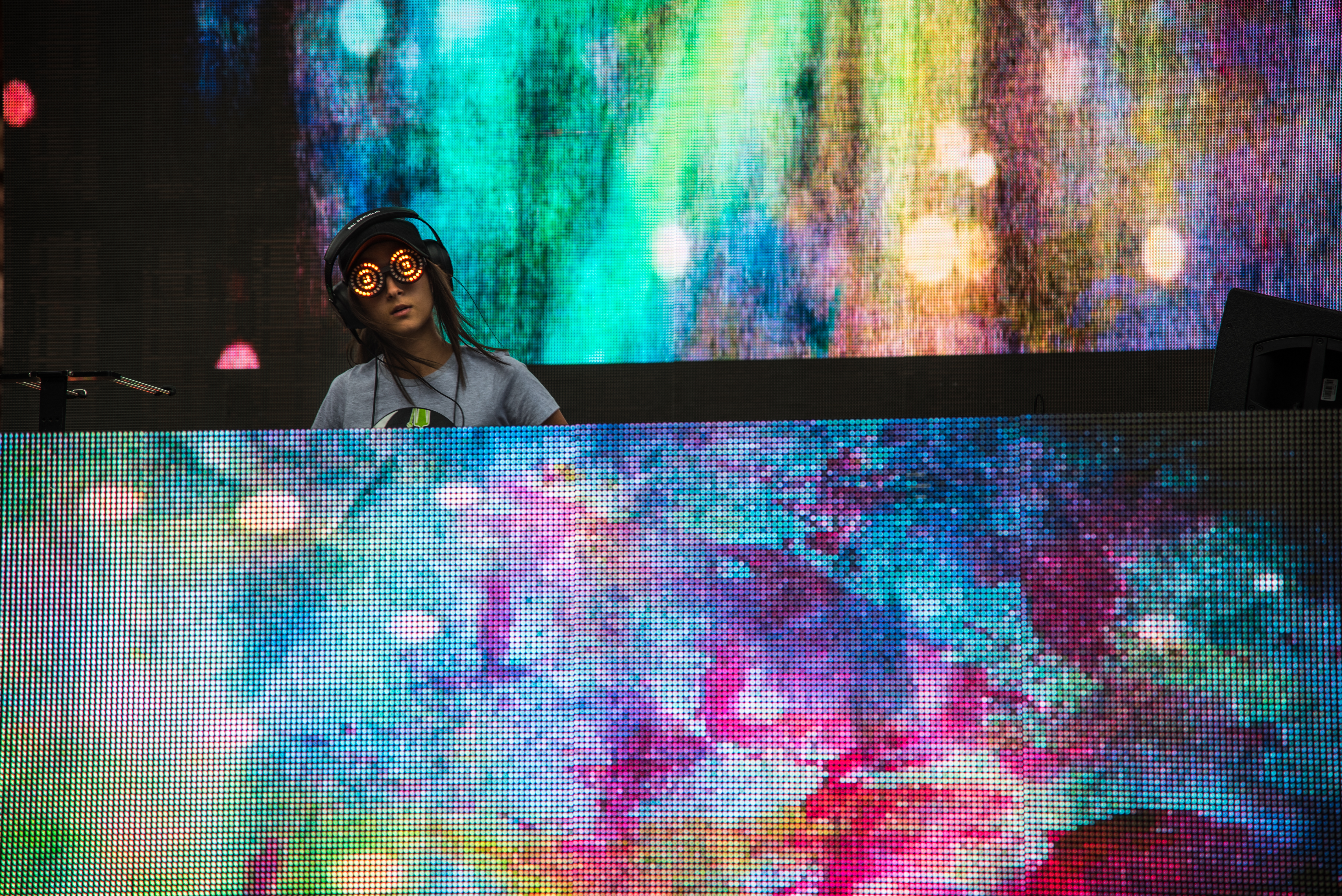 By Nghtmre’s set, the venue began to fill in completely and the atmosphere started to feel a lot more like a sold out Red Rocks event. After starting out the set with some insane bass drops, Nghtmre had the full crowds’ participation has he demolished through an aggressive set that had everyone in the crowd raging. The set ended with the premiere of nightmares brand new single “Need You,” featuring Dillion Francis, which sent the crowd into a total frenzy. 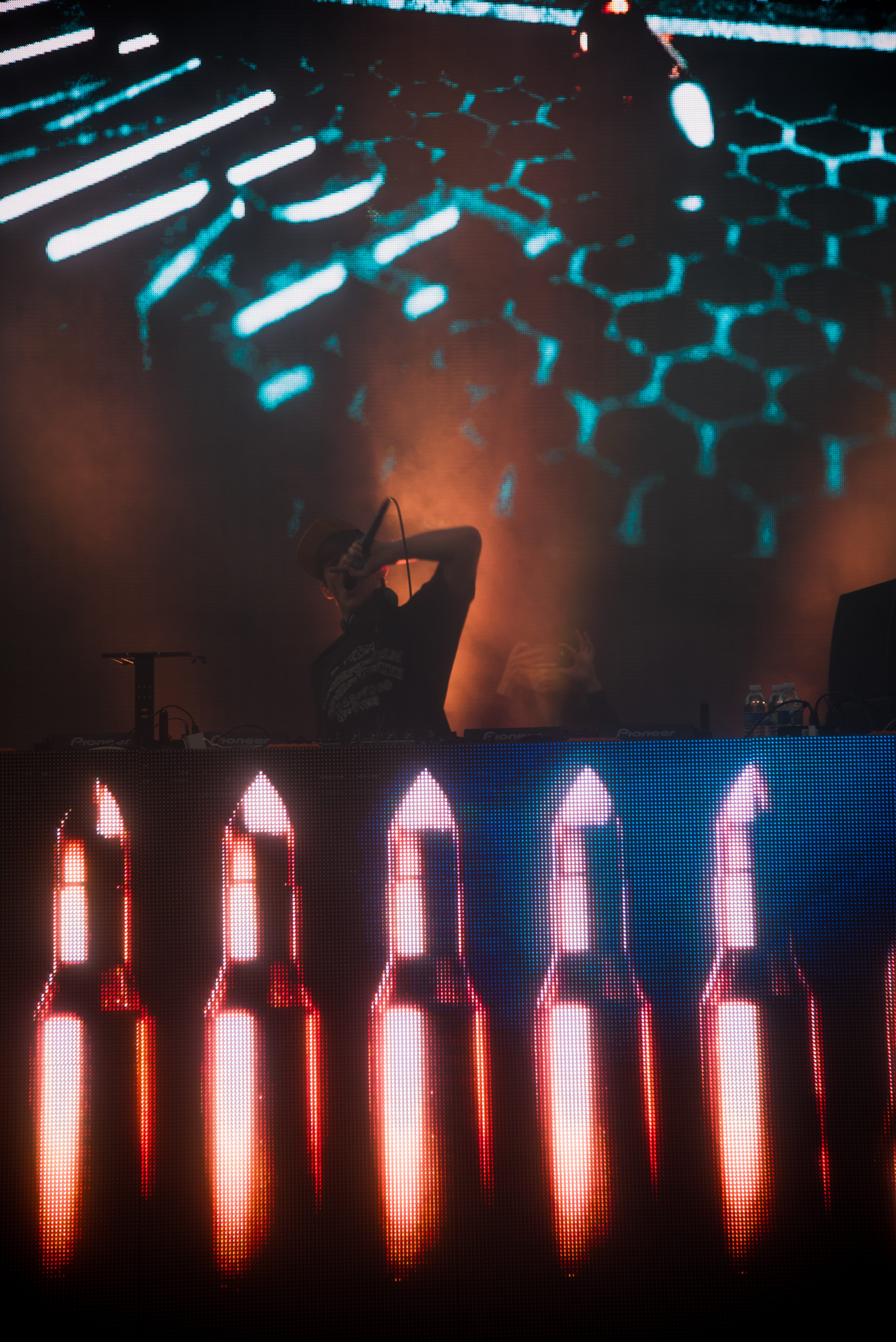 Lil Dicky hit the stage next and received a surprisingly loud welcome being as he was the only non-electronic artist of the night. After starting out performing his lead single “Professional Rapper,” Lil Dicky switched it up and showed us how to “Save That Money.” Fans received a greater surprise when Lil Dicky invited a female guest onstage and proceeded to do a full lap-dance on the girl while performing his hilarious hit single “Lemme Freak” — even going as far as to get completely down to his bare underwear on stage. The set was charismatic and Lil Dicky showed some quality stage presence. Red Rocks being one of the biggest venues in the young emcee’s career, Lil Dicky made the most of his experience and delivered a great set and probably gained a few new fans by the end of the night. A few minutes into the Lil Dicky set, the forecasted rain that everyone was dreading finally made its way into the venue and the crowd welcomed the cool down. 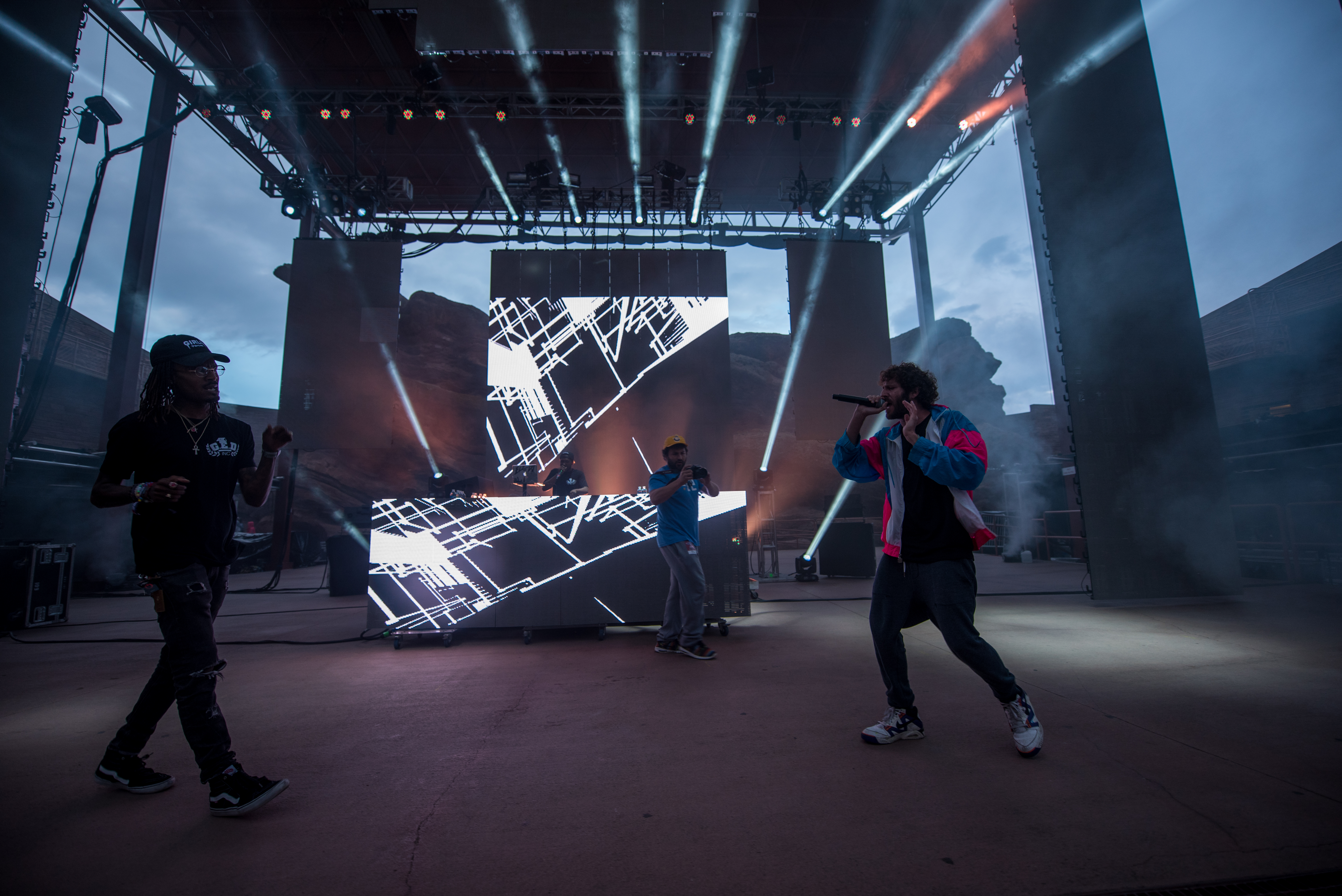 Next out was Tchami— the final warm up before the madness that was set to ensue during the headlining set. As the sun finally fell behind the horizon, the laser shows began and the monstrous set being thrown down by Tchami fueled a rain soaked dance party. Matching the energy of the crowd and dropping some beautiful original mixes, Tchami kept the feet jumping and hearts pounding for a fantastic final opener before Zeds Dead was set to destroy the stage. 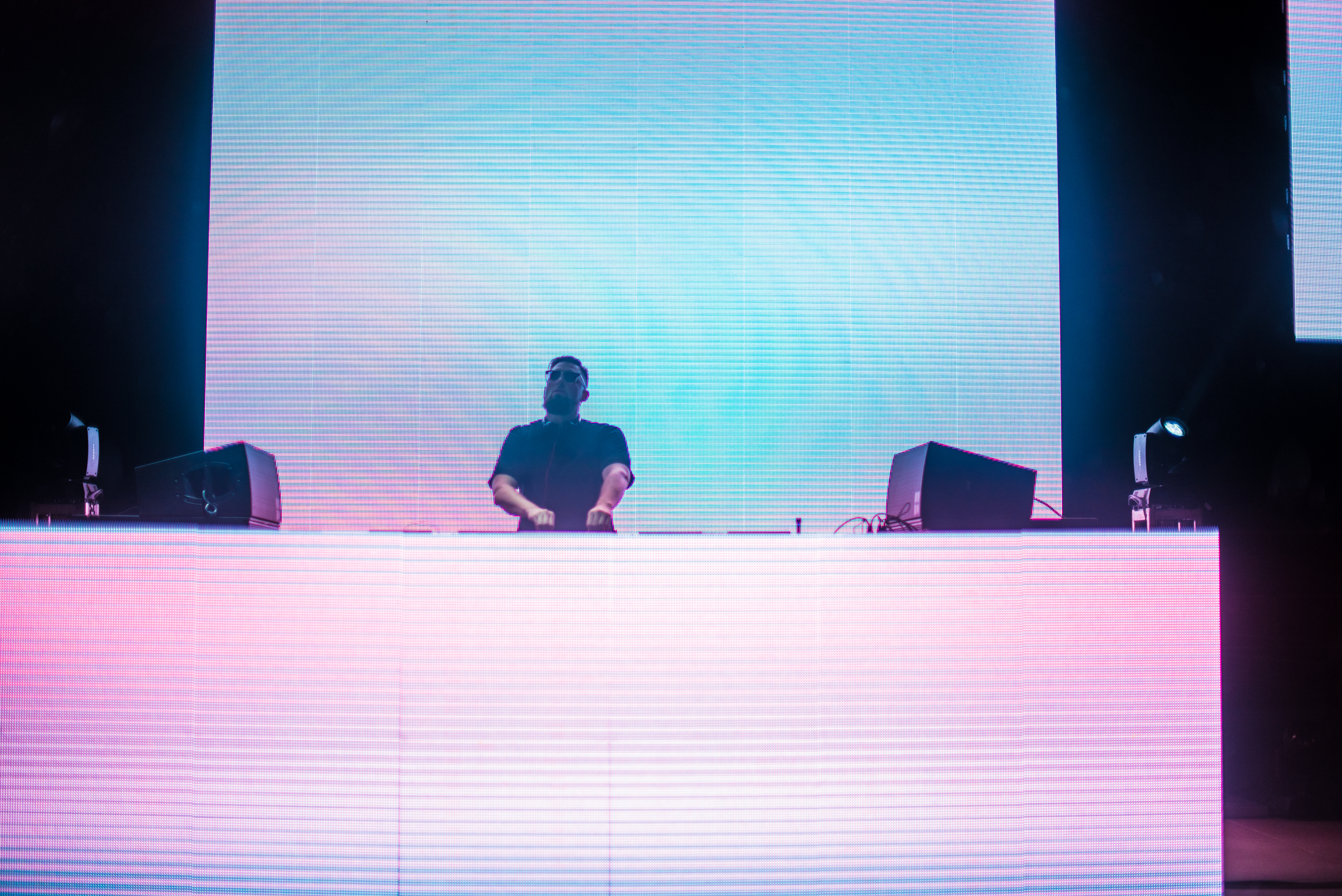 The weather cleared out just in time for Zeds Dead to grace the stage and the DJ duo was welcomed with an enormous roar from the bubbling crowd. Displaying their years of experience on stage, the duo charged the crowd up with ad-libs on the mic and a quality stage presence. Highlights from the set included epic performances of hits like “Rude Boy Remix,” “Demons” and the Zeds Dead classic “White Satin.” With a full Red Rocks venue at their disposal, Zeds Dead had full control of the thousands of people, and the energy and love put out was unmatched by anything but what an amazing EDM concert can create. Towards the end of the set, the duo introduced special guests Twin Shadows for an amazing live performance of their 2014 hit “Lost You,” capping off another wonderful night at the beautiful Red Rocks. 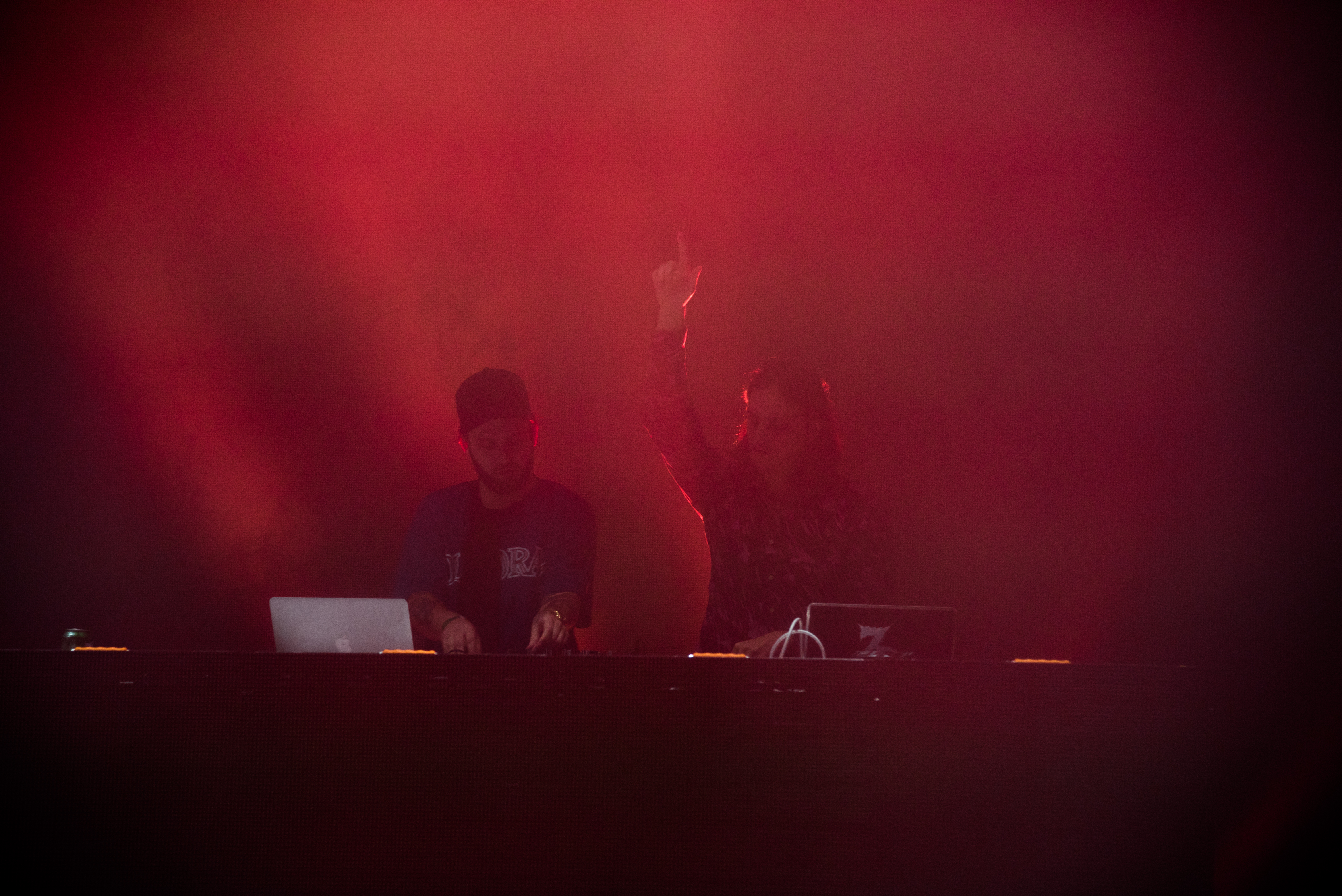 Dead Rocks 2016 was a huge success and the sold out show made for a great group of music lovers. If you missed this year, keep an eye out for the announcement of next year’s lineup, as Dead Rocks is now an annual event at Red Rocks and hopes to return for a fourth year in a row for 2017.