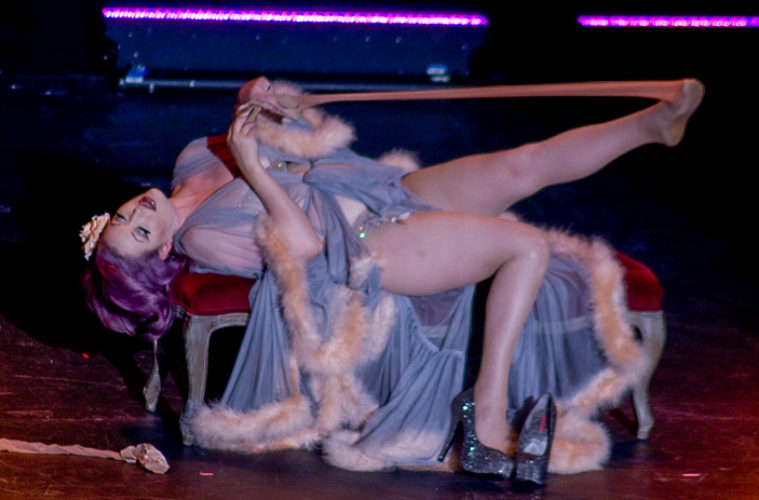 All Photos by Sarah Boger Photography.

What You Missed at the 2016 Colorado Burlesque Festival Spectacular

The 7th Annual Colorado Burlesque Festival (CBF) culminated in a spectacular show at Denver’s historic Paramount Theater on Saturday, July 9. The CBF is a showcase of some of the best burlesque and boylesque acts ranging from San Francisco to Baltimore and everything in between. Naughty Pierre, dressed in all of his rhinestone glory comedically ushered in act after act of sexy and humorous numbers that teased their way into the hearts of a packed audience of 1,000 plus. Read on for highlights of the big show and mark your calendars for next year’s festival. 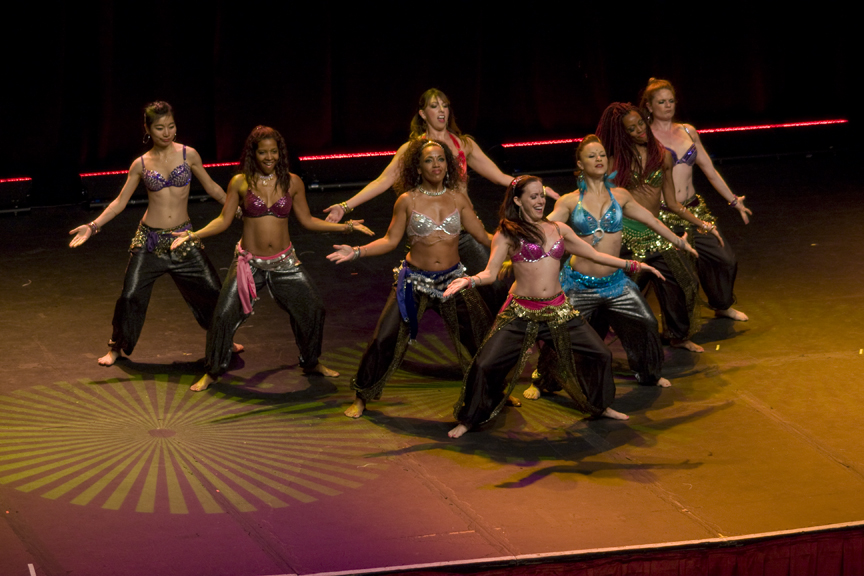 Denver’s Bella Diva Dance company, who has brought culturally-authentic world dance to the Mile High City, opened the show with a colorful Bollywood inspired dance number. It was the perfect kick-off to a night of unique and talented performances. 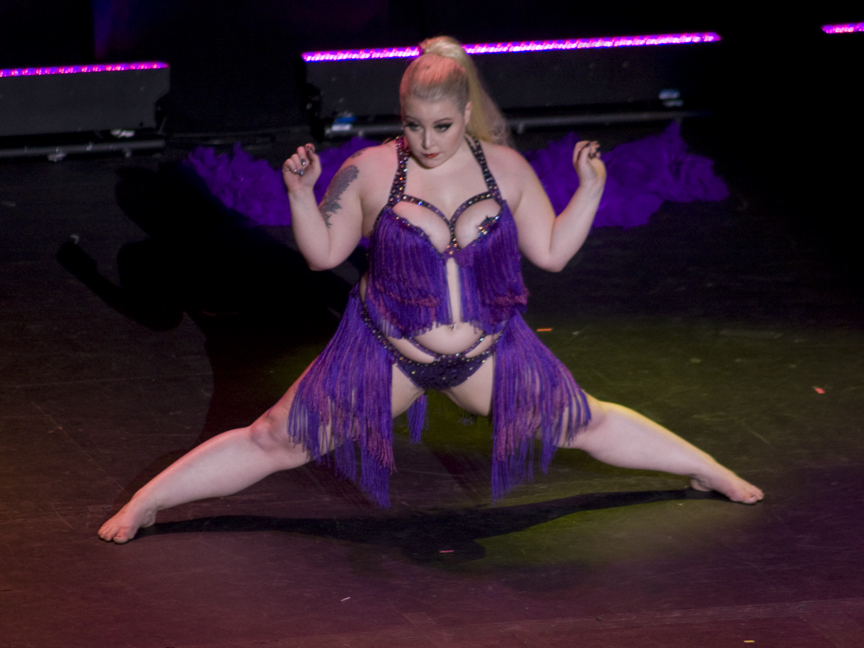 Hailing from Minneapolis, Minnesota, Sassy Von Straddler, who is known for mixing glitz and splits in her burlesque acts and she did not disappoint. She skillfully blended strip-tease with gymnastics and fringe layered bump-and-grind. 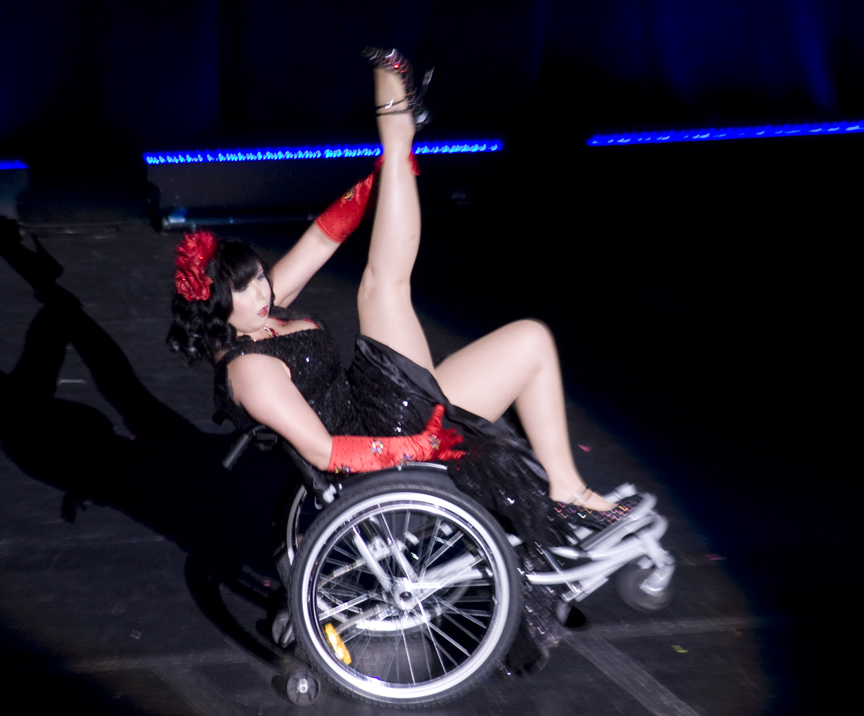 Altering the conceptions of those with disabilities, Jacqueline Boxx of Baltimore, performed her act in and out of her wheelchair. A slide show played above recounting the micro-agressions that are often addressed towards those who face physical challenges in their daily lives. Phrases such as, How did you break yourself? If you just took this supplement you’d be cured, flashed across the screen in stark white letters against a black backdrop. Boxx ended her act with a middle-finger raised glove peel as the last slide played on the screen reading, “I mean, clearly you aren’t really disabled.” Boxx’s glamorous spectacle cast aside common misconceptions about disabled persons and left a truly beautiful offering upon the Paramount stage. 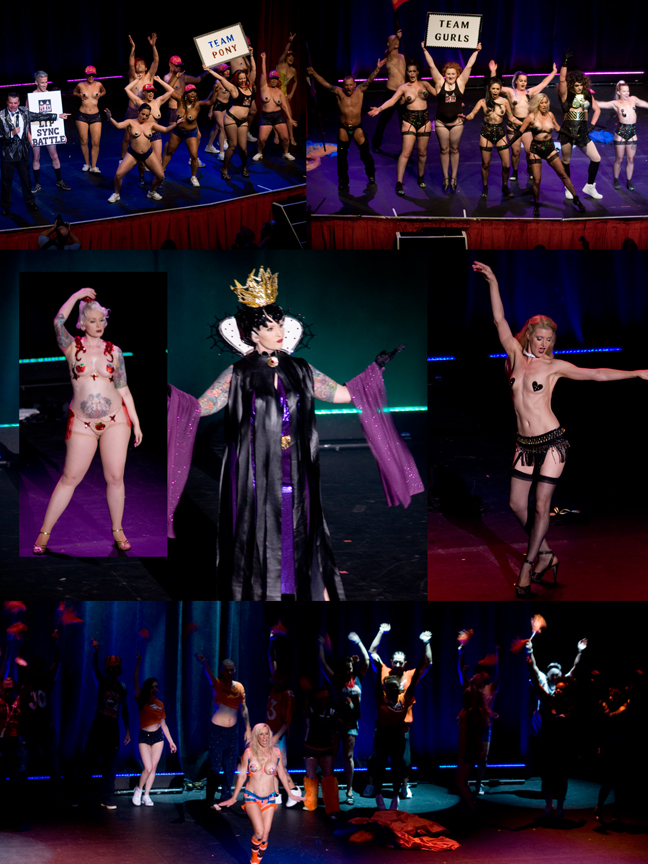 Colorado’s super troop, Peaks and Pasties from Colorado Springs, brought several routines to the festival this year. A Dance-Off Pants-Off group number featuring Team Gurls versus Team Pony was a well-choreographed routine featuring the entire troop. Whiskey Darling and Bunny Bee, producers of CBF, both performed solo acts. Whiskey Darling delighted the audience with her Evil Queen act and Bunny Bee brought out the orange and blue in a tribute to the Denver Broncos. Gezelle Za Belle heated up the stage in a sultry number. 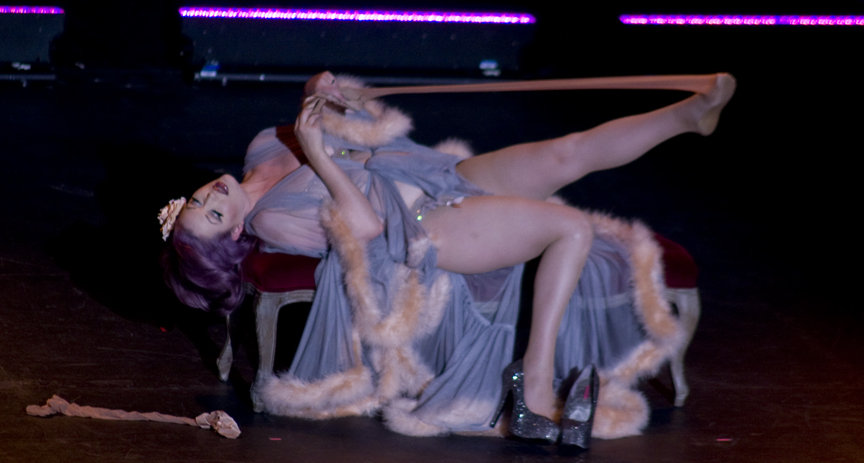 Kitty Crimson, of Ooh La La Presents, smoldered on stage in an act so simple yet so enticing it left the audience begging for more. With movements seeming effortless and fluid, Crimson unwrapped herself from a Boudoir by D’Lish gown as the audience waited with bated breath. 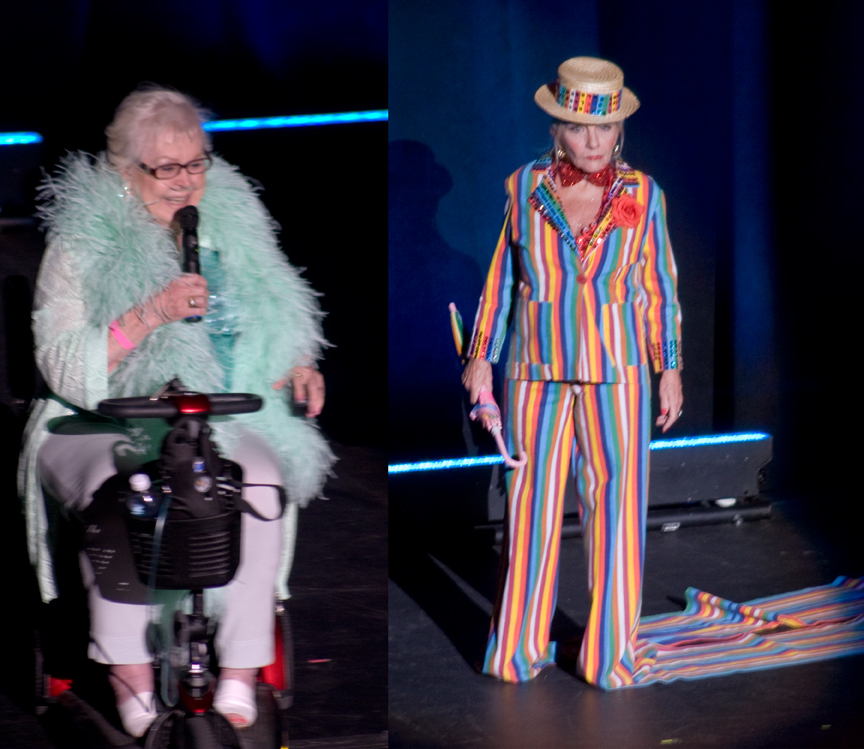 Legends and headliners of this year’s festival, Gail Winns and Judith Stein wowed the crowd with their sensual senses of humor and decades of experience in entertainment. Gail Winns, Colorado’s own Original Twister, sang renditions of Louis Armstrong’s, When You’re Smiling and Fats Domino’s, Blueberry Hill while regaling the crowd with hilariously bawdy jokes. Canada’s Judith Stein made her way into a burlesque hall at the age of 16 and knew instantly it was for her. She has continued to perform ever since and brought a humorous yet glamorous act proving, as Gail Winns said, “Us old broads still got it!” 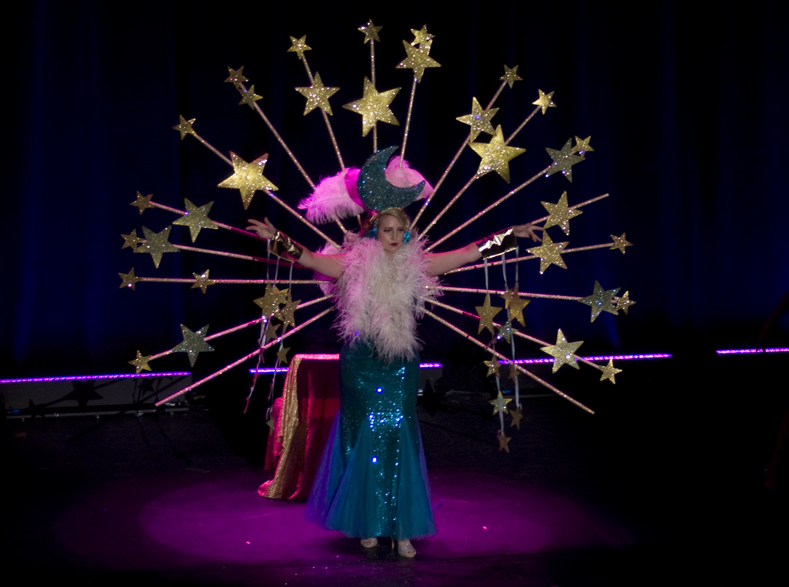 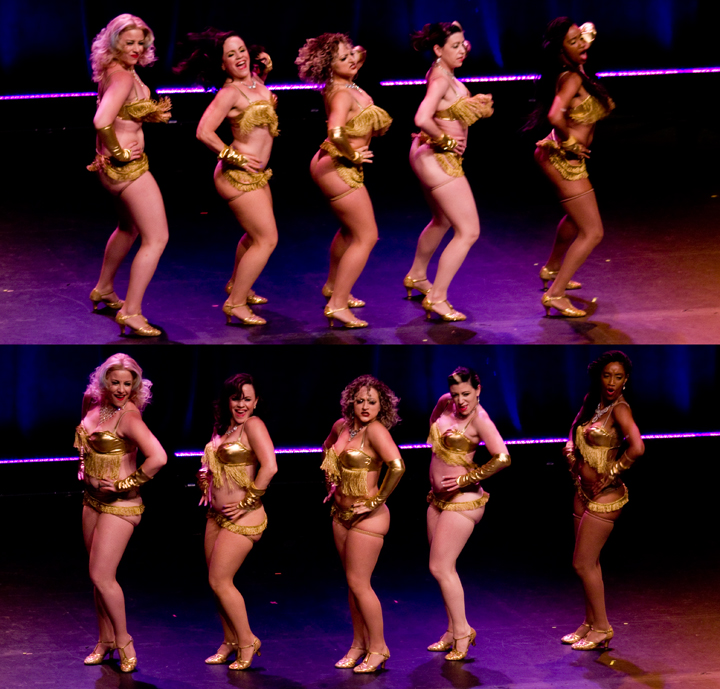 Peek A Boo Revue rolling on a river of gold fringe.

Peek-A-Boo-Revue, two-time winners of the Burlesque Hall of Fame’s Best Troupe Award, brought their winning talent all the way from Philadelphia. 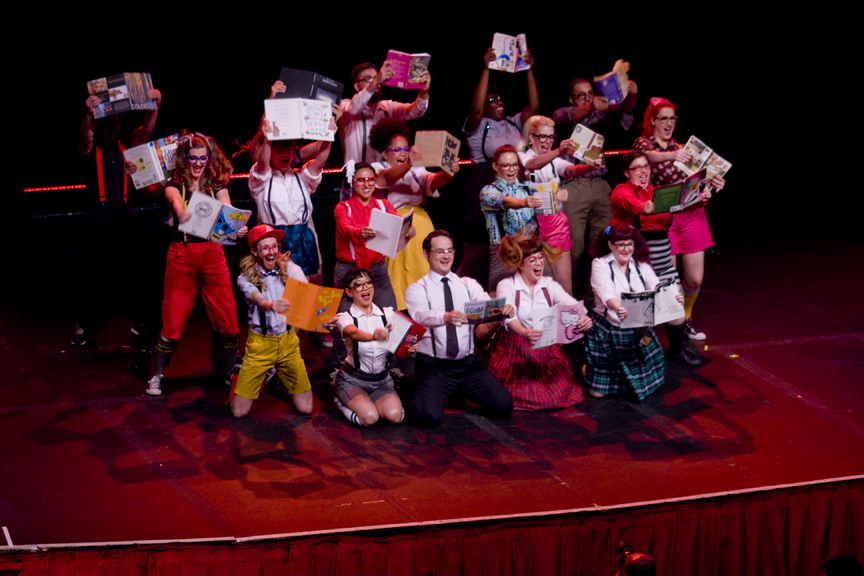 The Clocktower Clockettes, of Lannie’s Clocktower Cabaret in Denver, made nerdy sexy with a tightly choreographed group act featuring a cast of talented performers that have been delighting Denver’s audiences for 10 years. Bonus: A special appearance by headliner, Bazuka Joe.

Honey Touche and the Touchettes 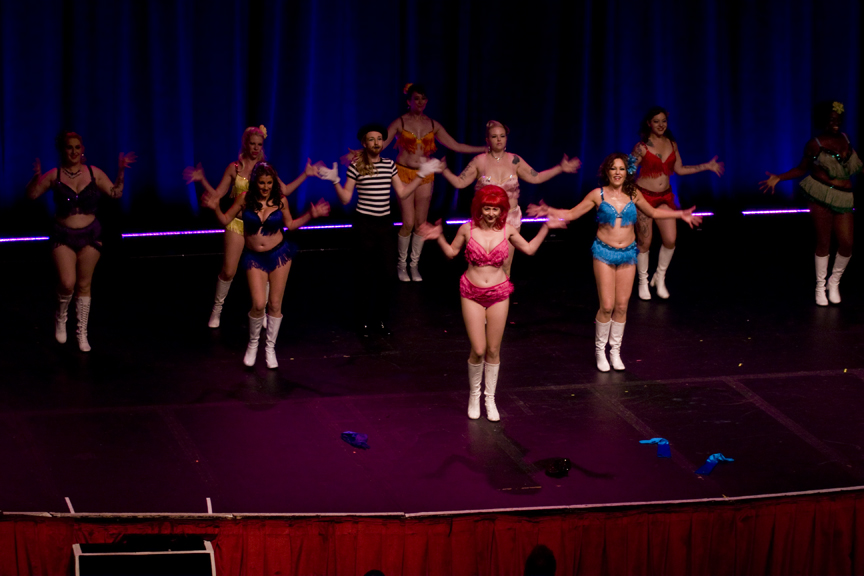 Honey Touche, CBF producer and sweetheart of burlesque, performed along with her go-go troupe, The Touchettes. The group is made up of vintage vixens that combine technical dance and 60s Go-Go moves. 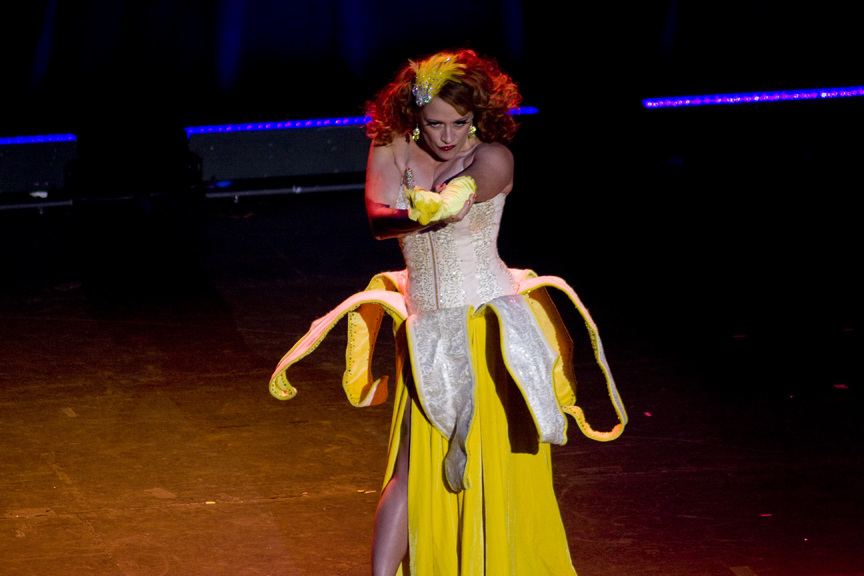 Trixie Little, Miss Exotic World, 2015 peeling her way into the hearts of the audience.

Headliner, Trixie Little was recently crowned Miss Exotic World, 2015, at the Burlesque Hall of Fame in Las Vegas. She presented her winning “a-peeling” act on the Paramount stage in an ingenious costume that peeled off in every way imaginable to reveal her title winning talent. 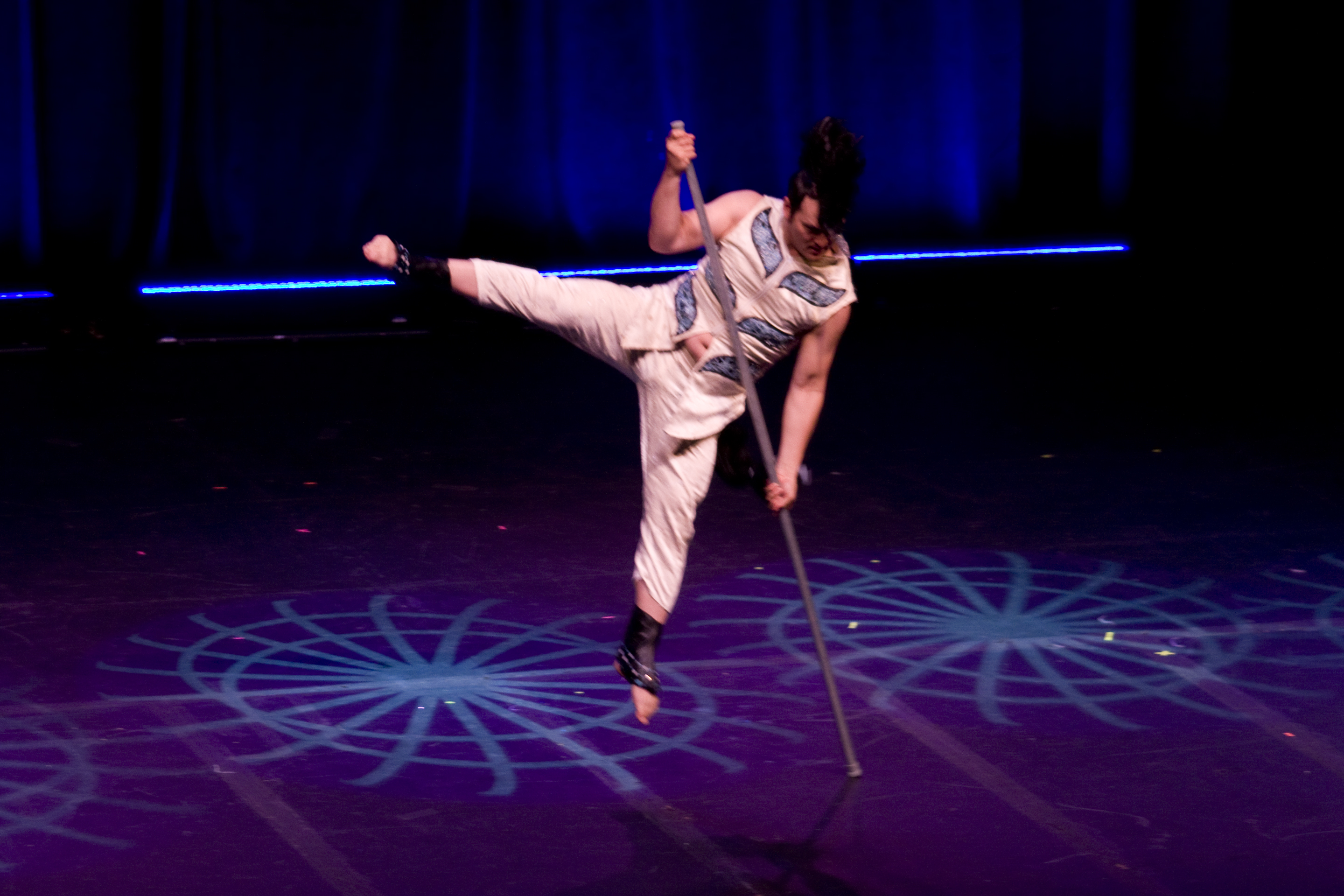 Headliner, Bazuka Joe from Chicago and one-third of The Stage Door Johnnies, performed his physical feat riddled unicorn act to a cheering crowd. 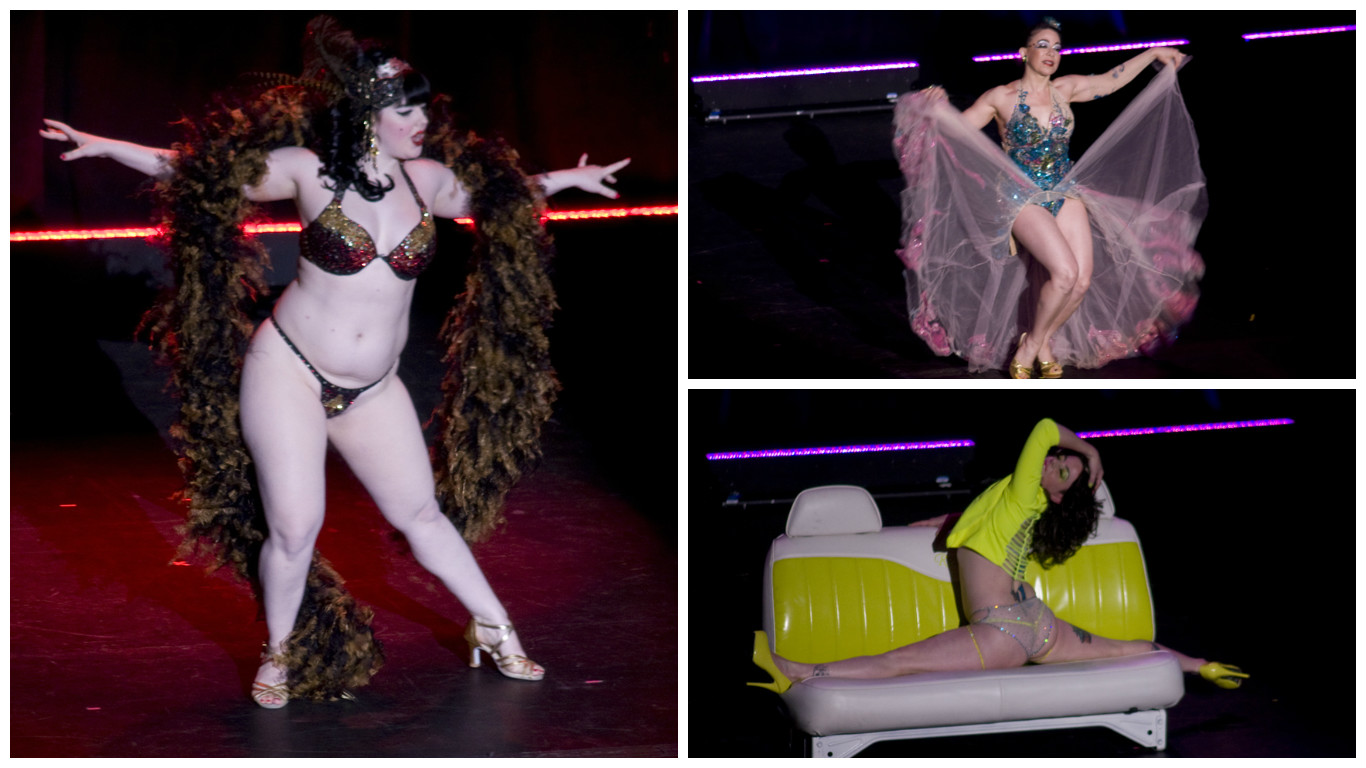 The Beauty and the Beast of Burlesque, Bunny Buxom of New York lit up the stage, while the Queen of Carnaval and Hot Pink Feathers leader, Kellita of San Francisco, sizzled. Holly Rebelle of Albuquerque and founder of Burlesque Noir stunned the crowd with her car seat act. 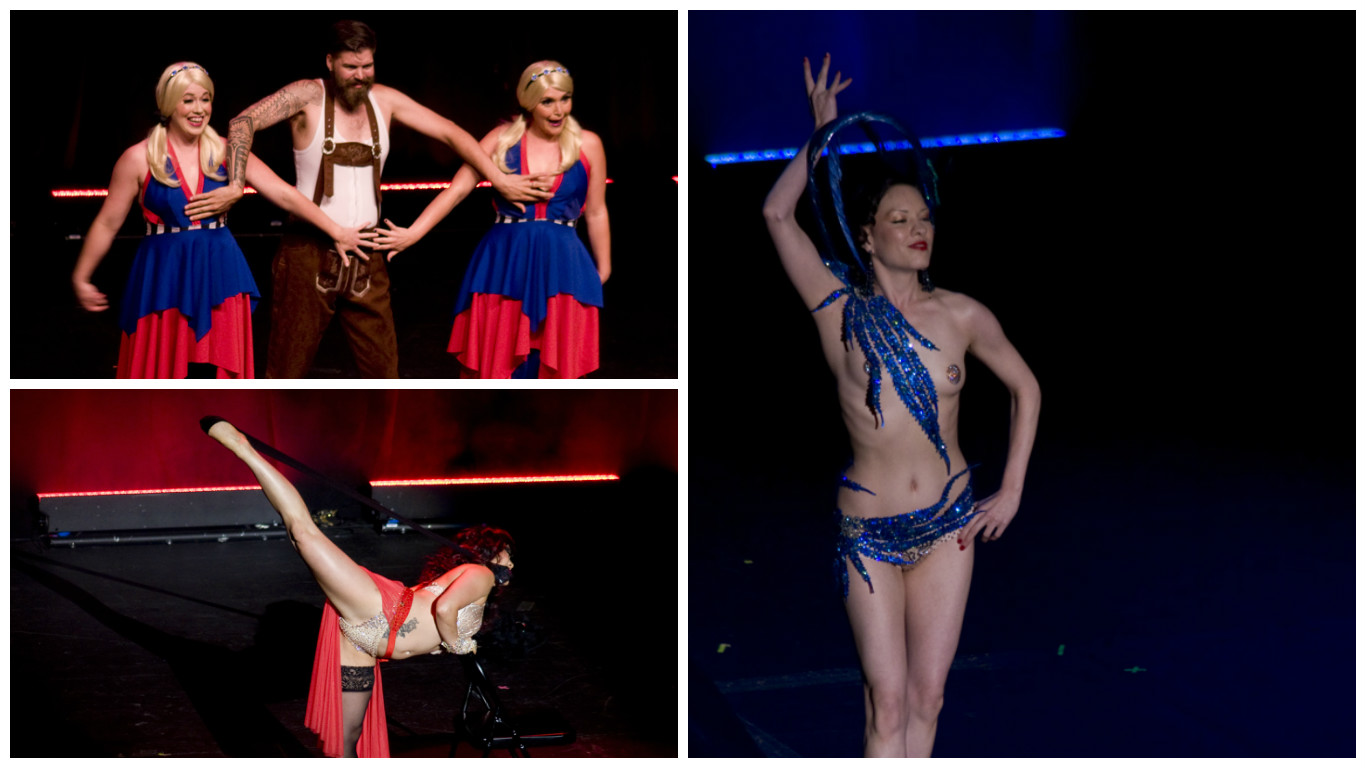 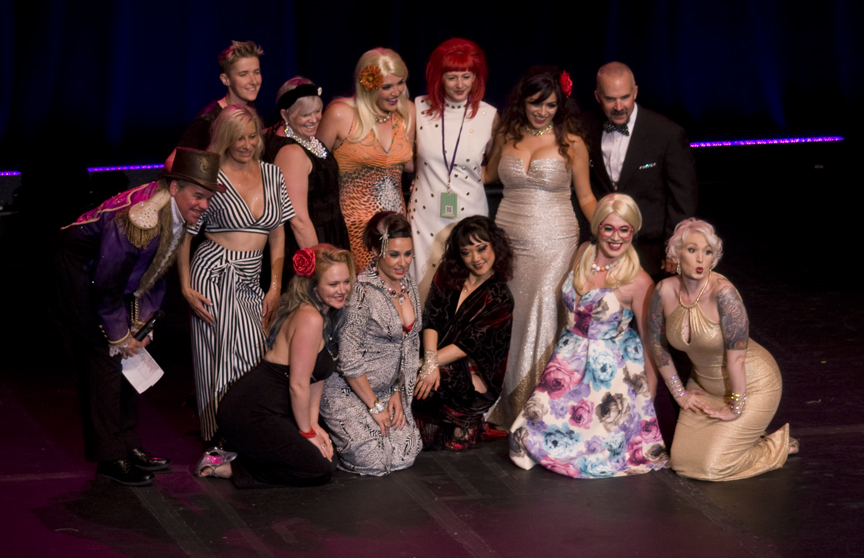 Colorado Burlesque Festival could not bring all of its glittery glory to the Mile High City year after year without the brilliance and dedication of some of the most talented and innovative supporters and performers of burlesque in the state. Look for next year’s festival to take place the second weekend of July.