Hailing from Athens, Georgia, Widespread Panic has a long-standing reputation at Red Rocks.  Last year’s Saturday show marked the band’s 50th performance at the venue.  Three shows later, and this year’s Saturday night show marked Widespread Panic’s 50th consecutive sellout at the infamous amphitheater.  And although it’s Red Rocks, it’s not every day that you’re seeing sold out shows, especially with only one act on the bill.

Though the 50th milestone had been more or less confirmed by the band, I spoke to a longtime fan who had a good point about the meaning behind a sell-out.  Between scalpers, bots and lot-loitering entrepreneurs, it’s hard to tell where “sold out” begins.

Regardless, the fans came to the collective decision to celebrate the evening as that 50th milestone, which meant sporting gold – gold outfits, gold jewelry, gold makeup, and even one gold spray-painted bald head.  Gold was everywhere, truly glorifying the occasion.

Fans of Widespread Panic are nearly cultish; lining up before noon for doors and rushing the first several rows to claim their front-and-center spot for the next twelve hours.  Thankfully, I know some of these diehard fans and was able to wiggle my way fourth row center, amongst a sea of folks around my parents’ age, who were giddy with excitement. 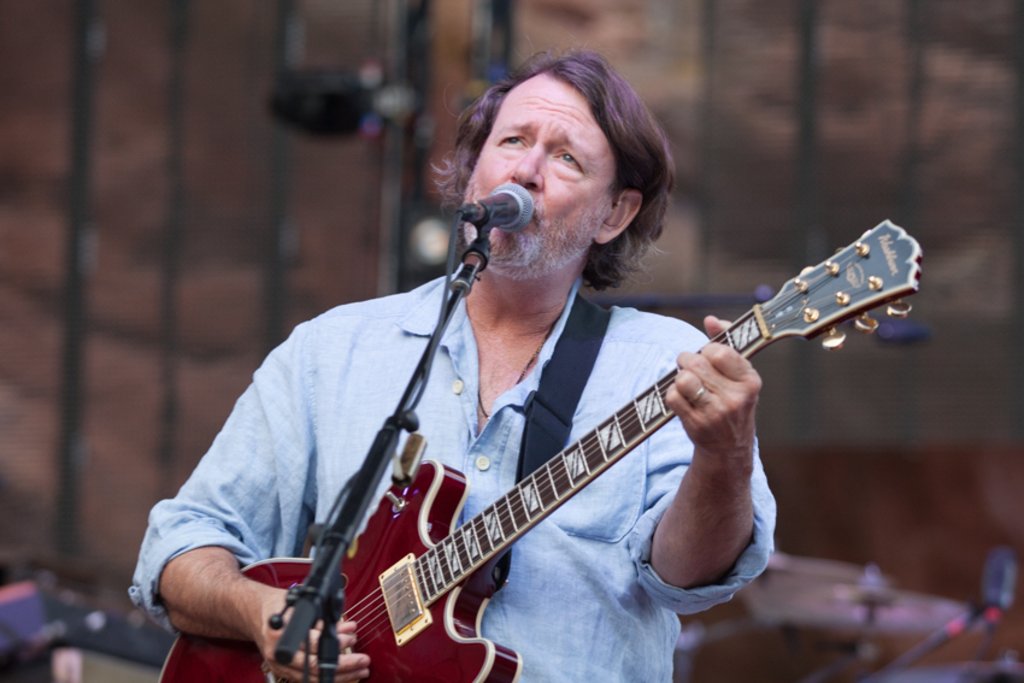 The first set kicked of at approximately 7:40 with “Holden Oversoul,” “Solid Rock” and “B of D.”  Momentum slowed for just a moment with “Angels Don’t Sing The Blues,” but picked right back up again with “Jack,” “Thought Sausage,” and what could be considered the highlight of the first set, “Bust It Big.”  The remainder of the first set included “Impossible” and “Bowlegged Woman” before the southern rockers took their leave from the stage.

With nothing but three medium-sized screens occasionally displaying artwork, this Widespread Panic show did not do much in the way of visuals.  For this crowd, it’s really about the music and the camaraderie of your fellow fans.  Extracurricular entertainment is simply not needed, like it is for so many other artists, to fully grasp the attention of the audience.

During set break, you could tell the music, among other things, had set in.  Lights were low, but the energy seemed to vibrate throughout the amphitheater.  There is a stark difference between just fans and Widespread Panic fans, and Saturday night’s crowd was on a whole other level.

The second set consisted of heavy jams and intense solos placed strategically within several fan favorites.  “Pleas,” “Saint Ex,” “Henry Parsons Died” and “Pilgrims” started off the set on a strong note, and that note was held through the remainder of the show.  Each tune was more vigorous than the next, and the show quickly became a boisterous dance party to the tune of southern rock. 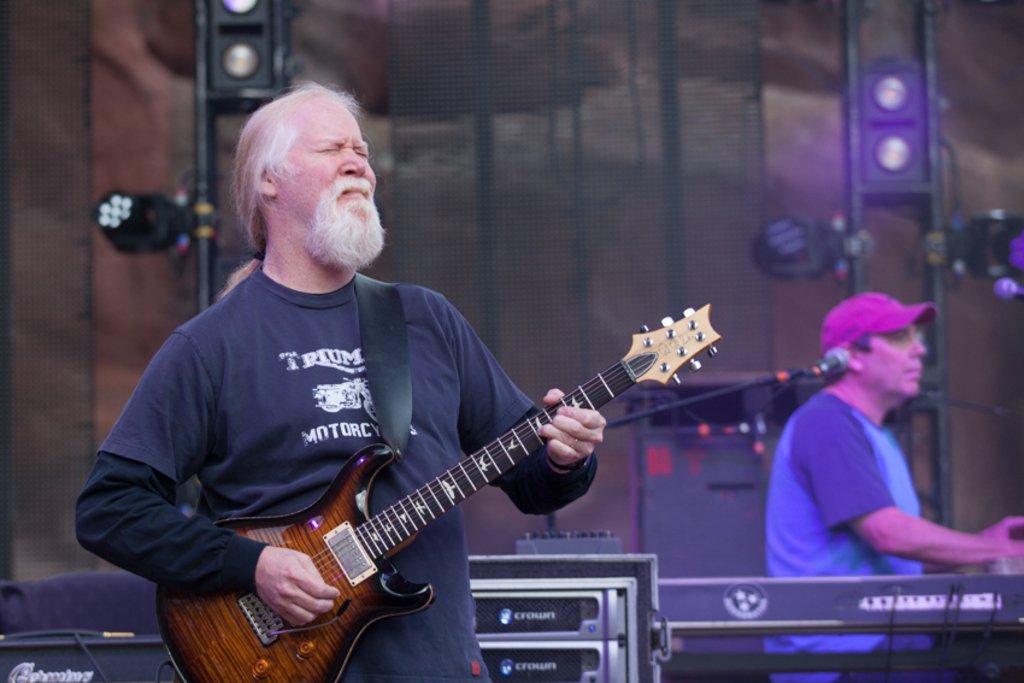 During the set, Jimmy Herring ripped on his guitar and adding that groovy element to the music that jam bands are known for.  With the combination of John Bell’s gruff vocals and Dave Schools’ shredding skills, the trio of guitarists sounded crystal clear, and totally mesmerized the crowd.

“Papa’s Home” brought a lengthy and impressive drum solo from Sunny Ortiz.  This was the precursor to quite the jam-sandwich, which went from “Chilly Water” into “Cease Fire,” “Driving Song” and “Arleen” before moving back into “Chilly Water.”  The band’s tour manager, Steve Lopez brought extra life into the percussions on “Arleen” before the band brought the second set full circle.

For the encore, I climbed the seemingly endless staircase to the top of the amphitheater, where I could watch from a very different perspective, and the place was packed.  To the very last row, Red Rocks was full of fans dancing and jamming the night away.

After a graceful departure from the stage, the band came back once more for a three-part encore.  “Dream Song,” which apparently has been excluded from the live catalogue for many, many years, was the first surprise from the encore.  And of course, no jam band show is complete without a rendition of a classic, and the band performed their version of Neil Young’s “Heart of Gold” before concluding the evening with “North.”

This was an incredible show full of raw musicianship, poetic lyricism and one hell of a fan base.  They’ll be back next year without a doubt, and Widespread Panic is one vital portion of each summer’s Red Rocks calendar that you do not want to miss.