Review – Hopsin Brings Along Some Local Talent to Cervantes

Cervantes had a packed show this past Thursday when Hopsin came through the building for a headlining show. Along for the night were a host of local talented emcees that represent the growing rap scene in Colorado. Openers for the night included Dassaro, Diivine, RimeS and Reason the Citizen — all riding a growing local buzz and helping put Denver hip-hop on the map.

Dassaro started the night out and got the crowd warmed up. The venue continued to fill in through the back while Dassaro kept the front of the crowd engaged within the set. Songs included “The Rise” and “The Fall,” which was assisted by the aid of the lovely female voice of Emma, whom Dassaro introduced to the stage. The set ended with a much more energetic track in which Dassaaro requested the crowd start a mosh pit as the chorus suggested.

Next out was Diviine, a local emcee who represents Greely Colorado. After warming the crowd up with a few radio hits, Diviine launched into his set with an energetic stage presence. Feeding into the lively energy of the room, Diviine’s set consisted of a lot of bass heavy tracks and an engaging of the crowd. Between beach balls flying through the air and Diviine jumping from one side of the stage to the other, the set definitely left the crowd entertained. 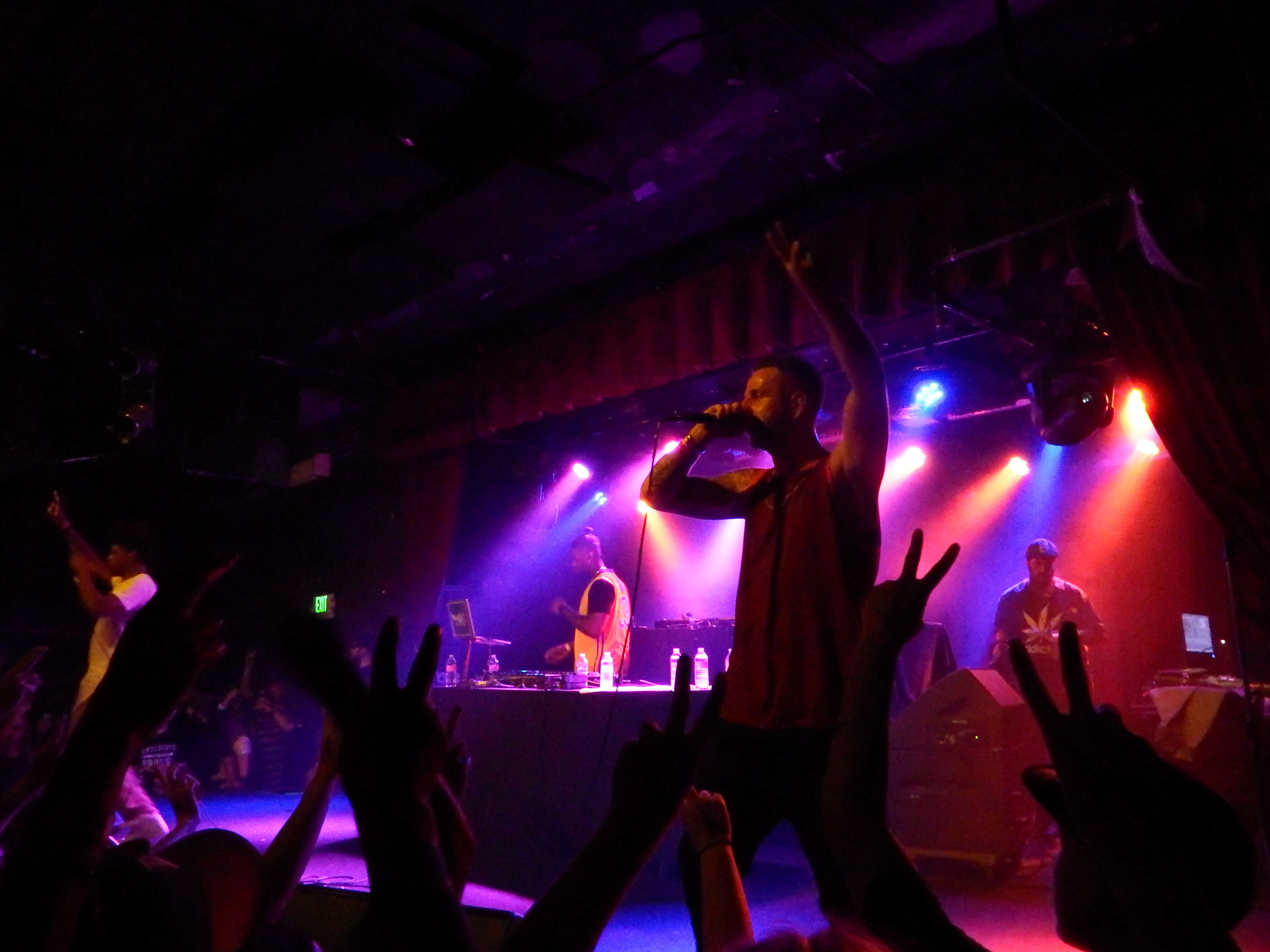 RimeS hit the stage next and was welcomed with lots of local love. After a dope couple tracks to introduce himself to the crowd, RimeS let his DJ throw on a few radio bangers that turned the crowd into a frenzy. Accompanied by his hype-man Black Buddha, the set was very high in energy and only helped in building the raising excitement for headliner Hopsin. Before leaving the sage RimeS displayed some fantastic stage presence as he commanded a very loud “Take Him On Tour” chant for Hopsin to hear backstage.

Last out for the local artist showcase was Reason the Citizen—a very talented emcee originally hailing from San Diego, but who recently transplanted to Denver. Reason started with an emphatic opening verse that thoroughly impressed the crowd. The rapid fire flow and clever wordplay continued throughout the set and left many fans in the crowd going “woah” after many of the punchlines. Highlights from the set included “Unlikely” and “Airplane Mode,” but also included some other great tracks from this rising artist’s growing discography. 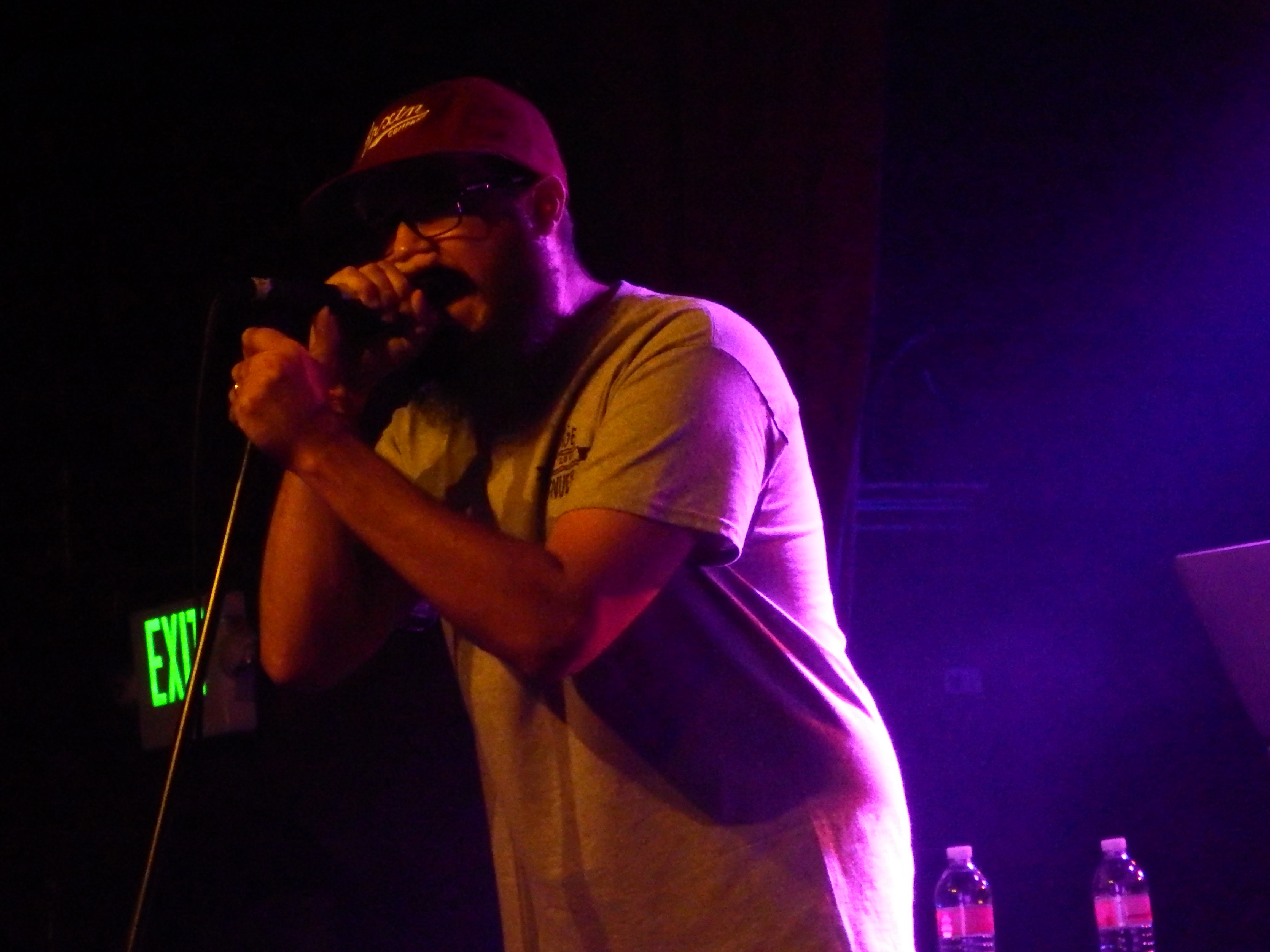 As 11 p.m. rolled around, the increasing chants for Hopsin were finally answered and the headlining act was set to hit the stage. Getting straight to the business, Hop dropped “Bout the Business” as the very first song and addressed the situation with Funk Volume directly. He stated, “I’m not the crazy one in this situation and thank you to everyone who has supported me since day one.” Hop was impressed with the amount of support that showed up and he gave thanks to the amount of love he continues to receiving, even in the darkest of times. The set included a mix of some old and some new, with highlights being tracks like “Kill Her,” “I Need Help” and “Crown Me.” 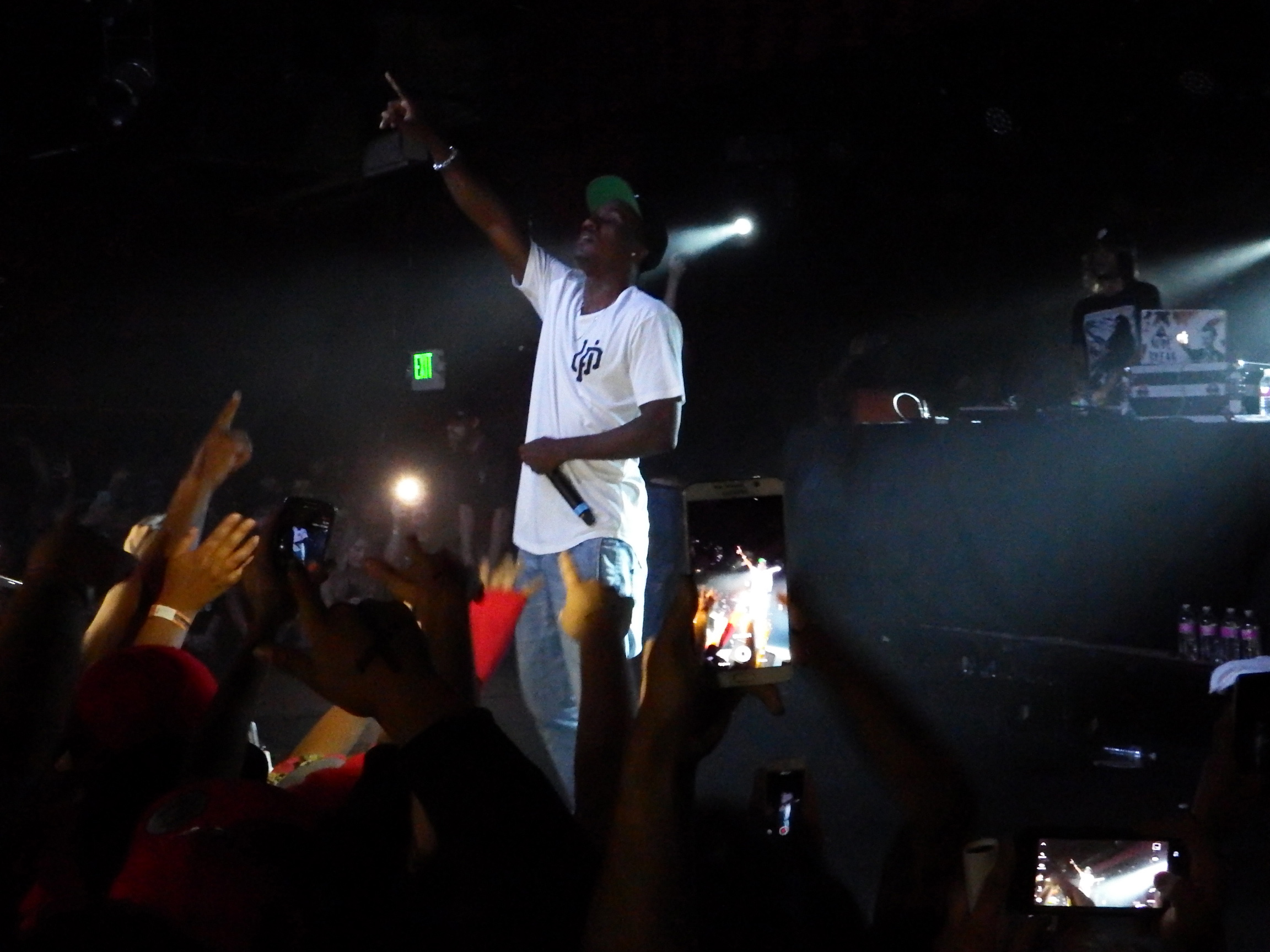 One of the coolest parts of the whole night was when Hop invited any super fan that knew all of his lyrics, to come up on stage with and perform in front of the entire crowd. A brave fan named Evan volunteered and handled the pressure like a champ, delivering a stellar performance of “Rip Your Heart Out” right alongside Hopsin himself. That being just the tip of the iceberg, Evan then got to crowd surf with Hop, promising that he wouldn’t sue if he got hurt. “Trampoline” dropped and the two dove in. The crowd went insane and Evan surely got a night he will probably never forget. 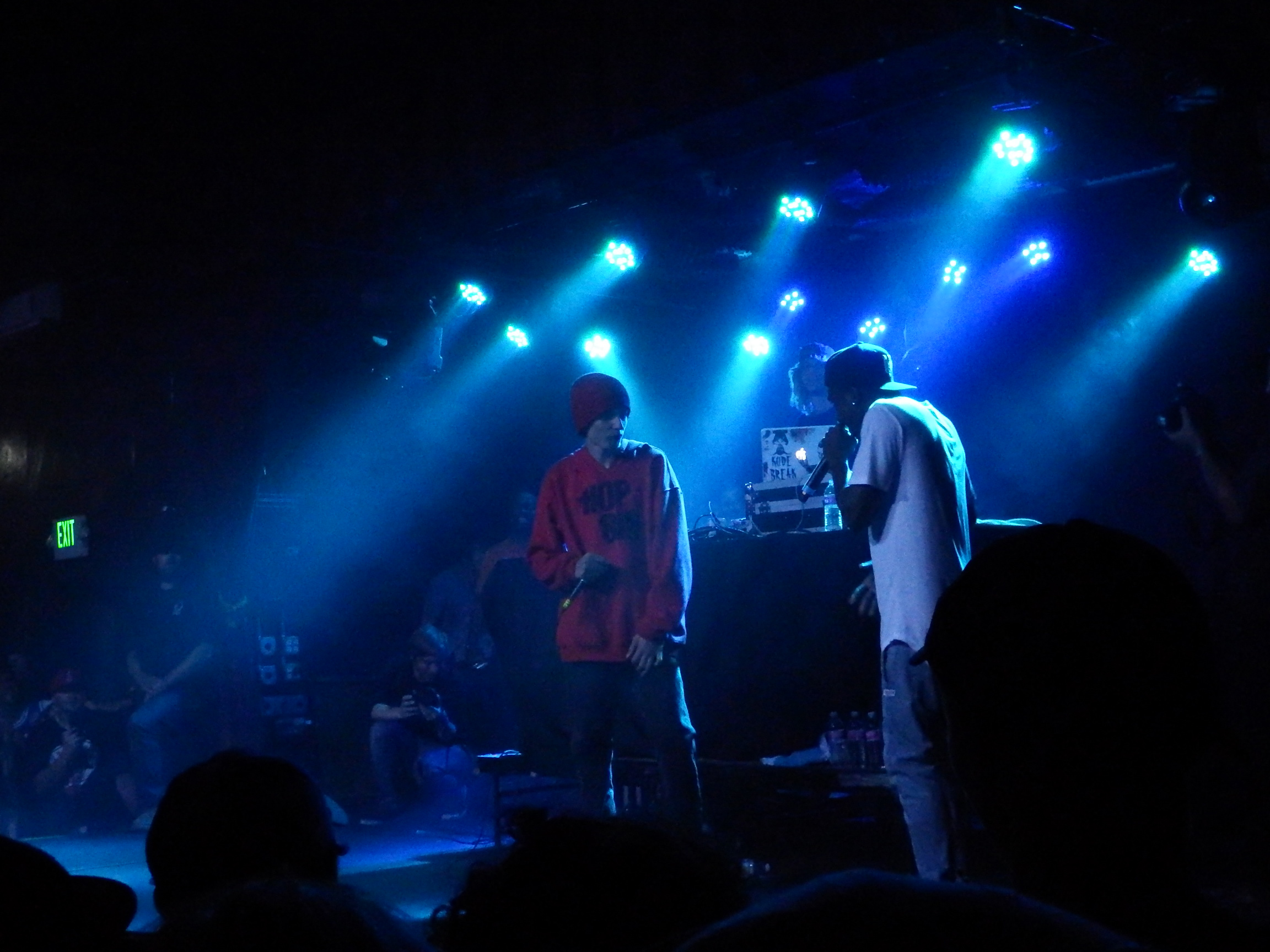 Hopsin and a fan

Hopsin ended the night with the two most anticipated songs of all. A powerful performance of “Ill Mind of Hopsin 7” and the final blow to Dame and Funk Volume —“Ill Mind of Hopsin 8,” which addresses the breakup of Funk Volume in detail. It was a great performance and Hop definitely felt the huge fan base that we have here in Colorado and the love we give to artists. Undercover Prodigy is his new label and Hopsin seems more motivated than ever. With the promise of lots of new music coming this year, fans are extremely excited to see what the future holds for Hopsin and the team he chooses to build with.