Not even gloomy weather over the hills of Red Rocks could discourage fans from seeing the brother duo Disclosure on Tuesday, May 17. The DJs came on after opening acts Honey Dijon and DJ Premier revved the crowd up, making us anticipate the night that was about to awaken right as the sun went down. 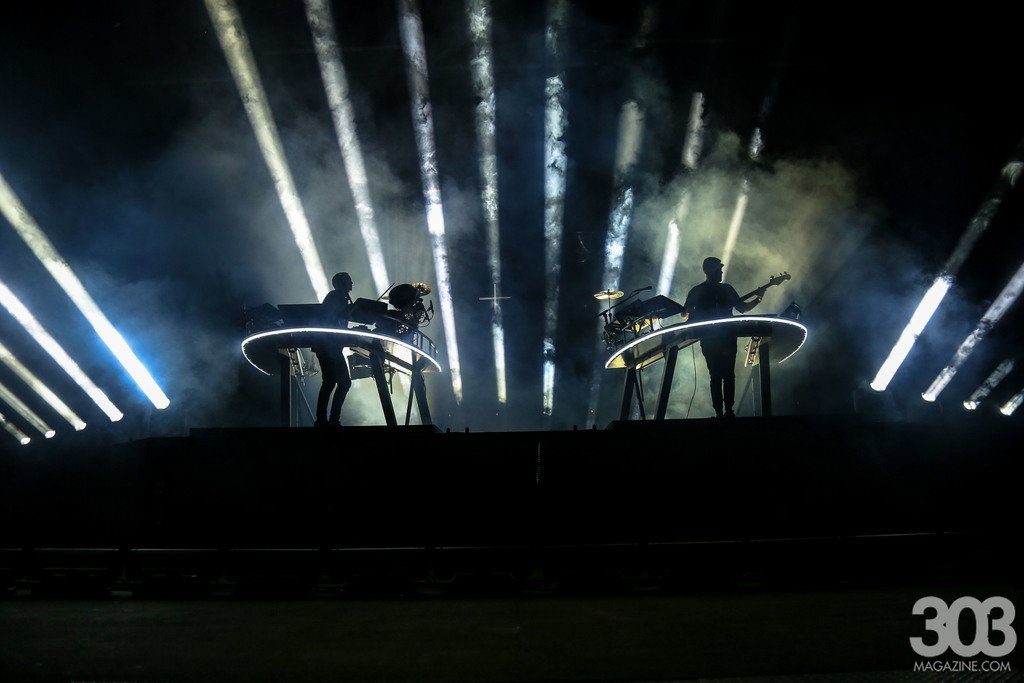 Pounding beats of “White Noise” streamed into the damp air, while flashing blue lights and spiraling visuals spread over the inhabitants of the Rocks. Ages from 16 to 55 (from what I could tell) grinded to the pop house music, always waiting for that perfect drop to get down and funky with. As one song faded into the next, the entire show became a melting pot of electronica and silly dance moves.

“F For You” took over, and the brothers’ voices reverberated through the sound system, “I’ve been infected with restless whispers and cheats / That manifested in words and the lies that you speak,” such heavy words dripped with gooey lightness, as if the meaning could disappear and hide behind their layered beats and drum pounds. And from the crowd’s perspective, I’m sure it went right over their heads and into the misty mountains — only synth echoes were left to hold onto. 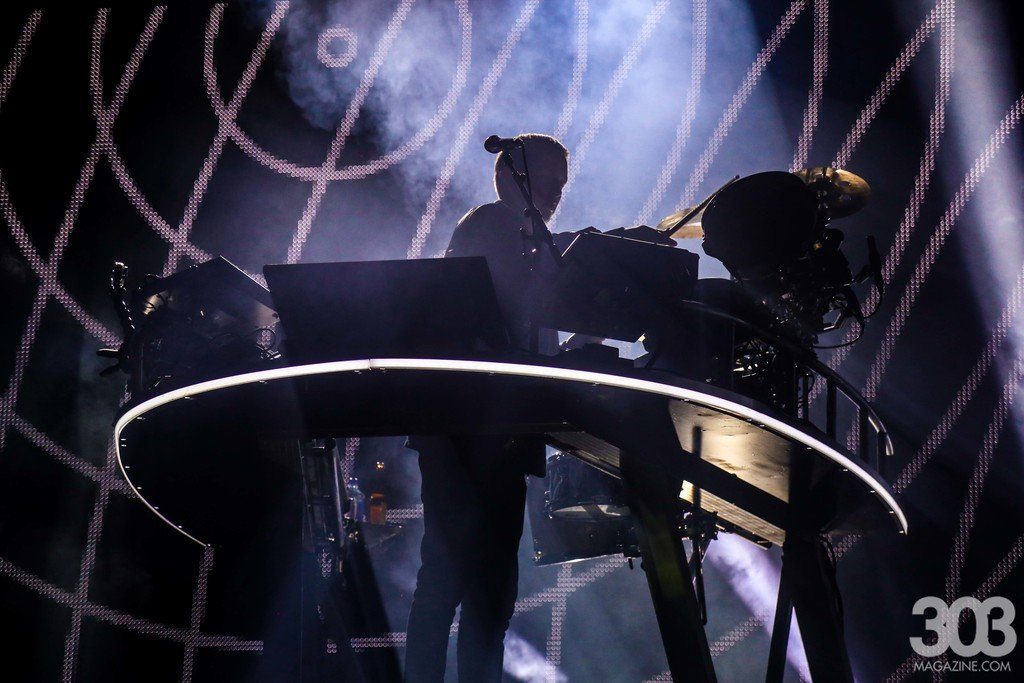 From one electronic slide to another, the crowd began to strangle around and that one kid from your group went missing. But loyal fans made sure to let no stragglers cut in front of their jam party, and when “Magnets” came on, not even the grumbling murmurs about the cold could rise above the entranced crowd. From there, a rush of popular songs flowed into the breathless air — “Omen,” “You & Me” and “Echoes” cascaded into being. As if Disclosure played directly into our wanting hands, they handed us the vibes we knew and loved. There is something about their jangling synths and syncopated bounces between one another that listeners can swallow up and fill their body with lightness of dance. From disappearing beats to booming out the speakers, the twisted dance into Disclosure’s music was seamless, albeit not graceful from the majority of the humans, and definitely enjoyed. 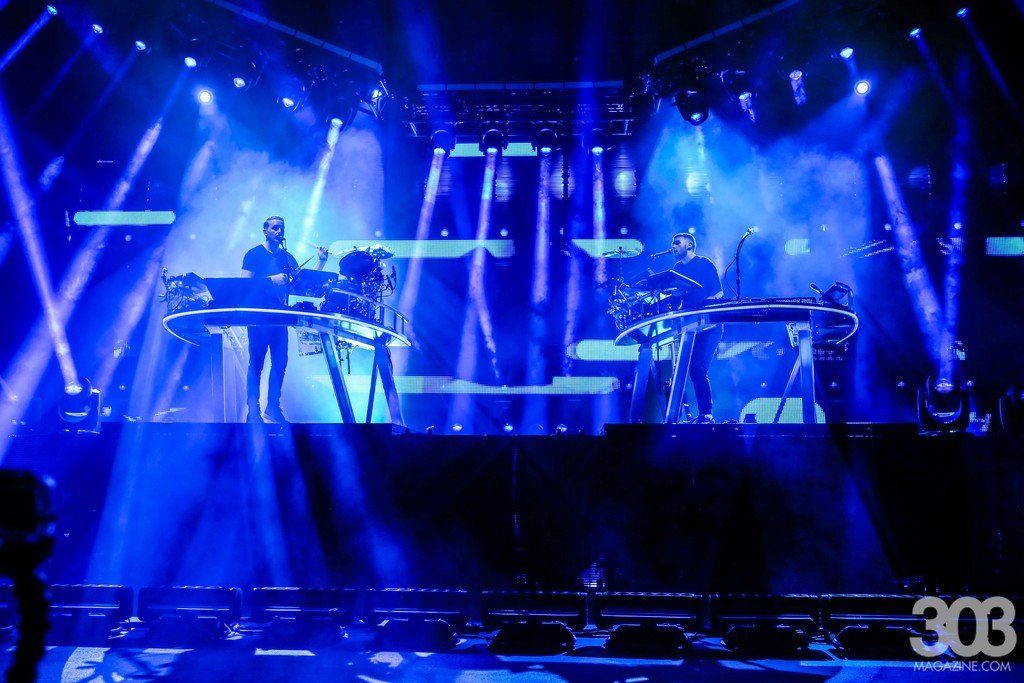 Howard and Guy Lawerence (*cough* Disclosure) continually exclaimed this was one of their biggest shows and how they appreciated Denver’s turn out. Orchestrating a Red Rocks crowd is an impressive feat and I’m sure every artist that bestows their love onto the Rocks feels a gratitude to be in such a beautiful and captivating place. “Nocturnal” hit the air, a titillating song featuring the Weeknd’s sultry voice. The album that the majority of the songs came from, Caracal, was nominated for Best Dance/Electronica Album this year at the Grammys — and it’s no surprise as to why when its laid out in front of you in a wide open amphitheater.

“When A Fire Starts To Burn” exploded from the fingertips of the brothers, your friend that left the group suddenly showed up with a new gaggle of partiers and you all got down together. Maybe dirty is not the right word, but your dance moves escalated and the outside world had officially disappeared from the remnants of your mind. Due to some new laws, the curfew of 11:30 p.m. caused a deep sadness in the crowd. A whole evening could have been had, drifting into the morning of dewy dance, but Disclosure left us wanting more, even after their encore of “Moving Mountains” and “Latch.” This British duo won’t stray too far from the Rocks, as long as their fans continue to find new groups and friends to latch onto while they get lost in the music. 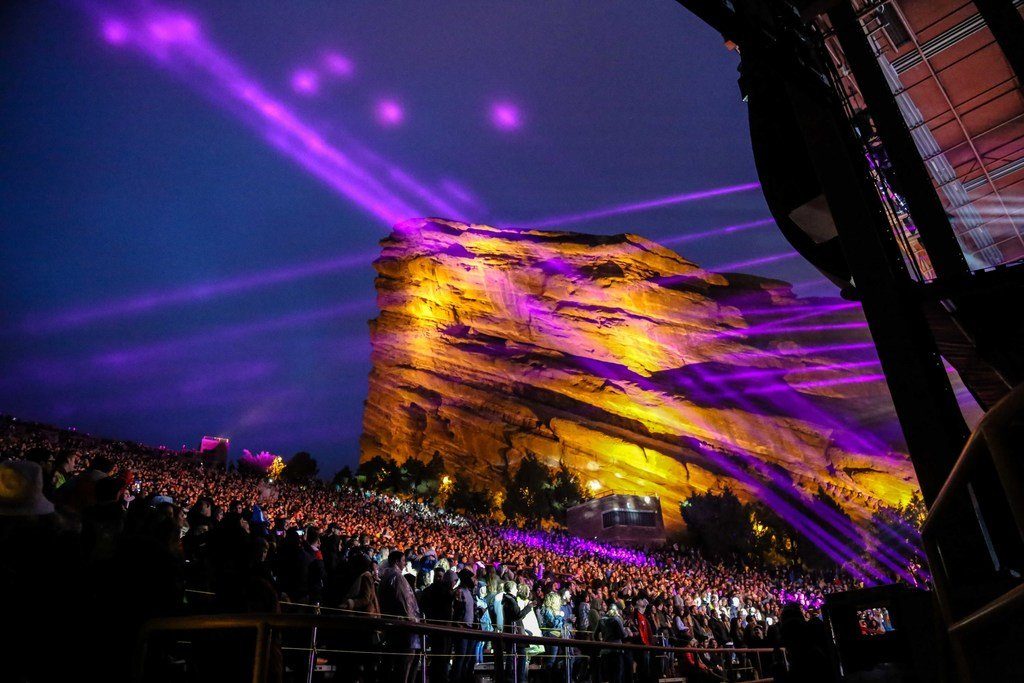