As Denver’s blossoming music scene continues to grow, more and more artists are making the leap of faith and moving their music career from all over the nation to work here in the mile high city. San Diego-based hip hop artist Reason the Citizen is one of those artists who has decided to move his hip hop career from his roots in southern California to the burgeoning rap scene in Denver.

With opening performances for national acts like Machine Gun Kelly and Hieroglyphics, Reason is beginning to pave a lane for himself in Denver hip hop and people are beginning to take notice. After the release of his latest track “Airplanes” on April 22, 2016, I decided to catch up with Reason the Citizen and get a feel for why he moved to Colorado, and what he’s got in store for the future.

303 Magazine: Where are you from, and what brought you to Denver?

Reason: I was born in Los Angeles and raised in a city called Oceanside, California, a well-known beach town in north San Diego county. Around 2009, I started flying out to Denver to play shows with a few artists who I met while touring throughout the southwest. I instantly fell in love with the city. The live music scene was incredible and I knew almost right away that I had to find a way to move to Colorado. In the summer of 2013, I was blessed with an opportunity to work for a pretty big marijuana company in Denver which gave me the resources to relocate from Southern California. I’ve been here ever since.

Who would you say are your biggest influences and why?

My earliest influences were local emcees from San Diego like Blame One and Deja Vu. Knowing there were rappers from my area who were well-known and respected really inspired me to make music. They rapped about the north county lifestyle I grew up in and I really connected with that. My biggest influence, on the other hand, was a group from New York called Company Flow. Their 1997 release Funcrusher Plus, is still to this day, my all-time favorite album. I first heard CoFlow on a skate video in the late ’90s and was immediately like “This is my shit.” From that point on I was obsessed with Underground Hip Hop. Aesop Rock, Murs, El-P, Blueprint, Atmosphere, and Eyedea.

Why do you love hip hop?

In my opinion, hip hop is the only music that really draws influence from every other musical platform. You can take any genre and make it hip hop. Can’t really do it the other way around. It’s pretty difficult to turn a rap song into a heavy metal song. I mean it could be done, but it doesn’t really have the same effect. Jazz, classical, psych rock, swing, funk, soul, all of these elements can be found all over hip hop music.

What have been some of your biggest tribulations as an up and coming emcee?

Getting past the “beginner stage” is definitely the toughest part. I spent years playing empty gigs in dive bars for free drinks and gas money — sometimes no money at all. My friend and I once drove over three hours to play for the bartender and the house DJ, not one other person at the show. It’s pretty tough to walk away from a gig like that and feel positive about the path you’re on. A lot of the artists who I came up with in those days just straight up quit. From that point I had no choice but to keep moving by myself, which isn’t easy either. But ultimately if you want something bad enough, you’ll do whatever you have to do to make it happen.

“When I first started playing shows in Denver, it was sort of this hidden gem that only a handful of people really knew about. Now, there’s not a single touring act who doesn’t come through Colorado.” 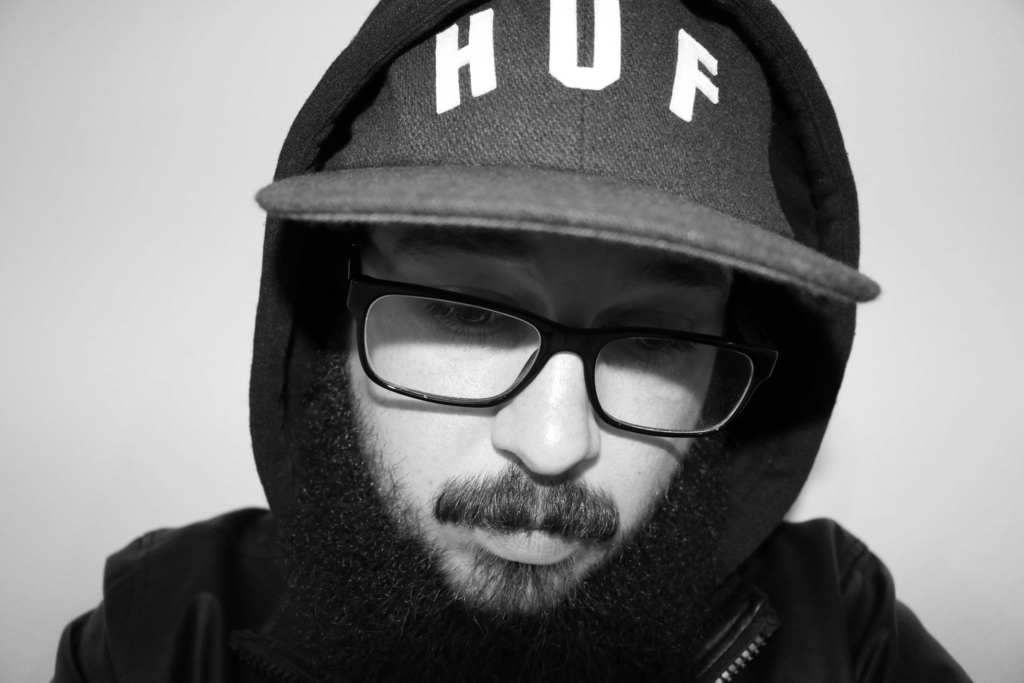 What are your current views of the Colorado hip hop scene?

There’s so much talent throughout the state right now that the rest of the world is bound to catch on real soon. The live shows out here are easily some of the highest energy gigs in the country. When I first started playing shows in Denver, it was sort of this hidden gem that only a handful of people really knew about. Now, there’s not a single touring act who doesn’t come through Colorado. Venues like Cervantes Masterpiece Ballroom and (of course) Red Rocks are really giving Colorado hip hop artists a chance to get noticed on a massive scale.

What would you consider your greatest accomplishment to date?

I think making the move to a new city and finding a way to thrive musically outside of my comfort zone has been my biggest accomplishment so far. A lot of people have a tough time adapting to a new environment — I let it push me to work harder so I could find my own lane. I mean, I grew up in a beautiful city on the beach with palm trees and year round sunny weather, and I left it all behind to come live in the snow. My friends thought I was crazy. But I knew if I put myself into a difficult situation, I would find a way to improve my life and my career. And since relocating I can easily say that I’ve done that.

Would you consider yourself a conscious rap artist?

I like to write about what’s affecting my life and how it relates to the world I’m living in. So in that respect, you could consider me a conscious rapper. I don’t typically tackle broader social issues or aim to prove points about things that I haven’t personally experienced. I think that it’s important to maintain a personal relationship with the music I create and I hope my fans can relate to my content. If music about my life can positively impact another person and improve someones outlook, even if it’s only one person, then I’m satisfied.

What is your ultimate goal as an artist? Any dream collaborations?

I’d like to make music a full time career. Although I’ve made serious progress over the last few years, I still have to hold down a regular job to pay the bills and feed my family. Rising out of independent status and finding professional representation is my ultimate goal. As far as collaborations, top of that list is definitely Aesop Rock. He’s easily one my biggest influences and my favorite emcee. Also it would be real dope to work with Tech N9ne. He is a beast and I would love to trade some double-time verses with him. Beyond that there are a number of producers I’d like to work with like 9th Wonder, Exile, No ID, and Just Blaze.

Where can people find your music?

My new album Finding Success Through Failure is available this summer. I’ve been working on this album since I moved to Denver and it really tells the story of how I ended up where I am now. You can find my music here, YouTube and on Soundcloud.