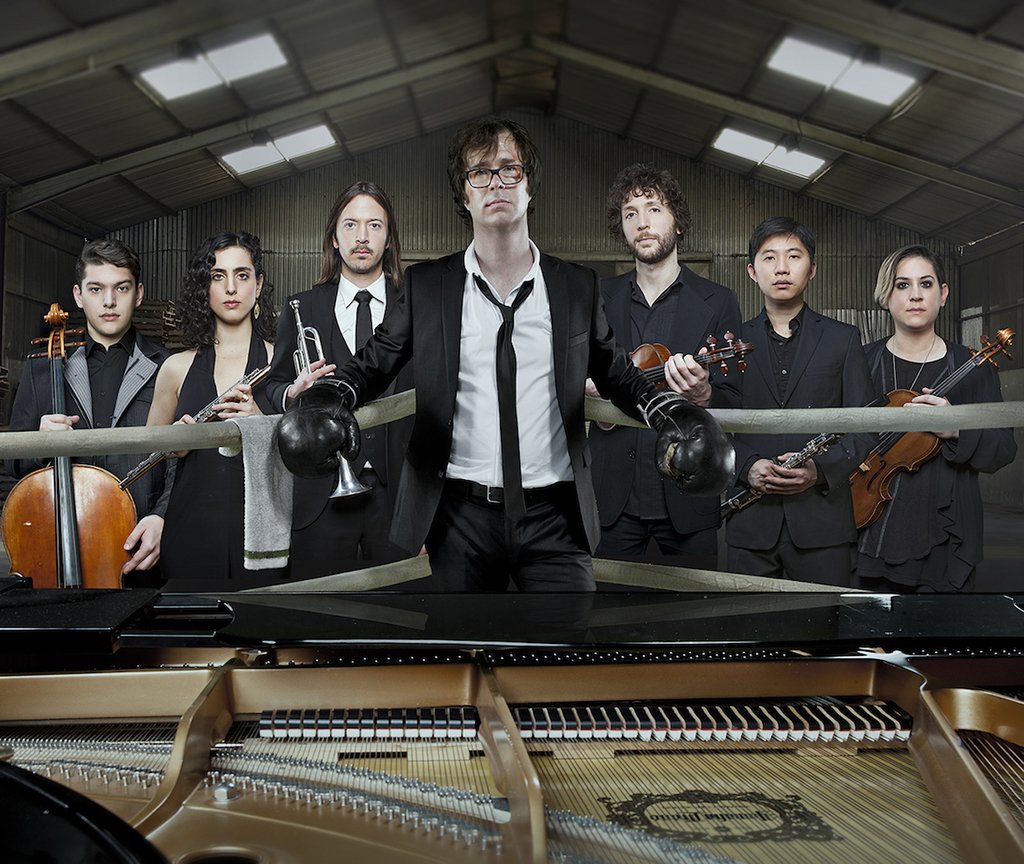 From Ben Folds to The Used to Tech N9ne, whether you’re looking for a high intensity show or a laid back, mellow concert to attend this week, we’ve got you covered with a wide array of genres. We’re even throwing in some Paul Simon for good measure.

Ben Folds, best known for his smash radio hit “Brick” under the full-band moniker Ben Folds Five, will be playing Denver’s Paramount Theatre with an accompaniment by the string ensemble, yMusic.

This will truly be an experience for all in attendance, as yMusic bring a whole new dynamic to Folds’ soft, inconsolable heartache. Emotions are sure to run wild when his tender ballads receive a stirring boost, so be sure to pack some kleenex for this one.

With four full-length records under their belt, including 2015’s Purple, Baroness return to Colorado Springs’ Black Sheep to show off the heavy metal riff-age they’ve become quite known for.

Baroness hails from Savannah, Georgia, and has quietly become one of the highlights that metal currently has to offer; their newest record peaking at #1 on the US Indie charts and #5 on the overall US Rock charts.

Baroness will be accompanied by Youth Code.

15 years later and The Used are still lighting up venues across the country.

Since their debut self-titled album, The Used have helped pave the way for the post-hardcore / emo genre, as their first two releases still remain cornerstones for the genre’s upbringing.

The Used and their sophomore smash success, In Love And Death, which featured songs like “I Caught Fire” and “All That I’ve Got,” will be on full display this weekend as The Used take over The Ogden for a two-night event, playing both records from front-to-back.

There’s a chance an event like this one will never happen again for a band like The Used, so get your tickets while (and if) you still can.

Night 1: Tickets can be found here.

Night 2: Tickets can be found here.

Simon & Garfunkel have released some of the biggest hits known to the music industry; “The Sound Of Silence,” “Mrs. Robinson,” “The Boxer” and “Bridge Over Troubled Water.”

This time, performing as just one half of the duo, Paul Simon returns to Denver to perform at the Bellco Theatre, but with his own book of hits which include “Me And Julio Down By The Schoolyard” and “You Can Call Me Al.”

This is one for all of you classic rockers out there.

In the mid-2000s, Tech N9ne established his name and brand as a hip hop wordsmith with a wild side. It’s now 2016 and he’s still going strong, headlining none other than The Fillmore Auditorium on his “Independent Powerhouse Tour 2016.”

Videos courtesy of Tech N9ne, The Used and Ben Folds.