Living in Colorado affords outdoor aficionados the opportunity to enjoy the playground that is our magnificent state. For a cyclist, that playground is filled with hundreds of trails, bike-friendly roads, and off-road opportunities to explore and enjoy two-wheeled activities. White Rhino Customs gives cycling enthusiasts an opportunity to do so in style and comfort. The ergonomic design and attention to detail in each of White Rhino’s custom built bikes is redefining the traditional cycling culture while bringing beauty and creativity to a once rigid industry. 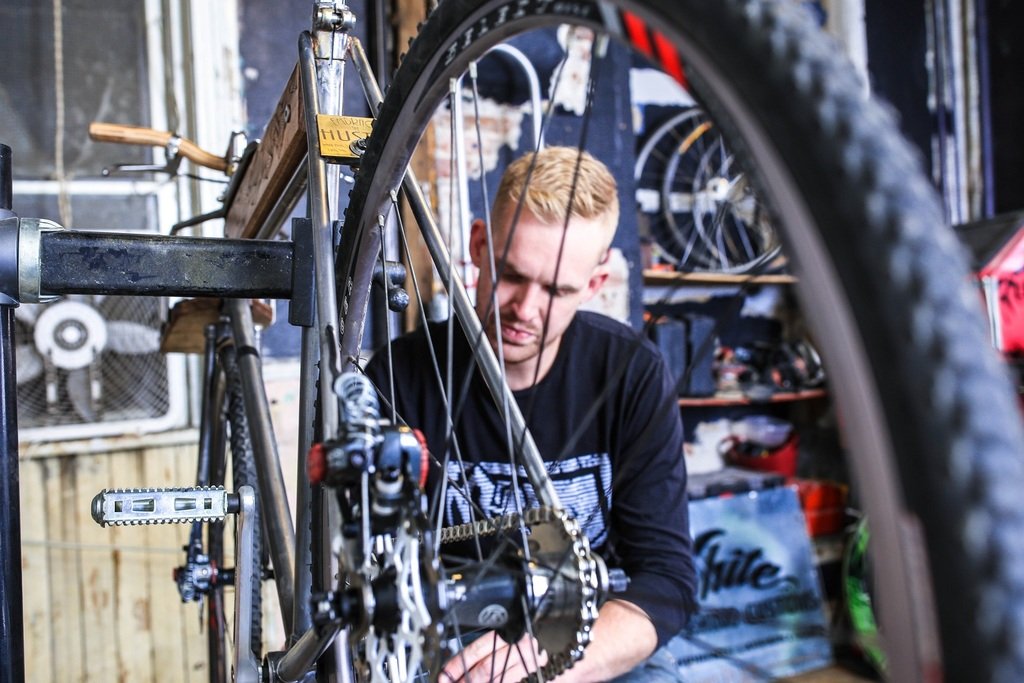 Ian Houghton, owner and founder of White Rhino Customs, formerly a competitive cyclist, began creating cutting-edge custom bikes that pair beauty and functionality in 2013. In 2014, he moved into the shop space in the heart of Denver and began outfitting cyclists with unique custom bikes and anodized bicycle components.

“I started this company because creating art and biking were two things I couldn’t live without,” said Houghton. A welder since his teen years and a passionate artist, Houghton brings to the table a slew of knowledge and enthusiasm to the creation of custom bicycles and bicycle components. “I’m obsessed with the process of creating something that will resonate with everyone whether they are a bike enthusiast or not,” emphasized Houghton.

The latest project to come out of White Rhino Customs is the ArtBike Series, a collaboration between White Rhino and local artists benefiting various charities of each artist’s choosing. The ArtBike Series has produced two highly unique custom bikes so far this year and will culminate in five bikes in total at the end of the year. 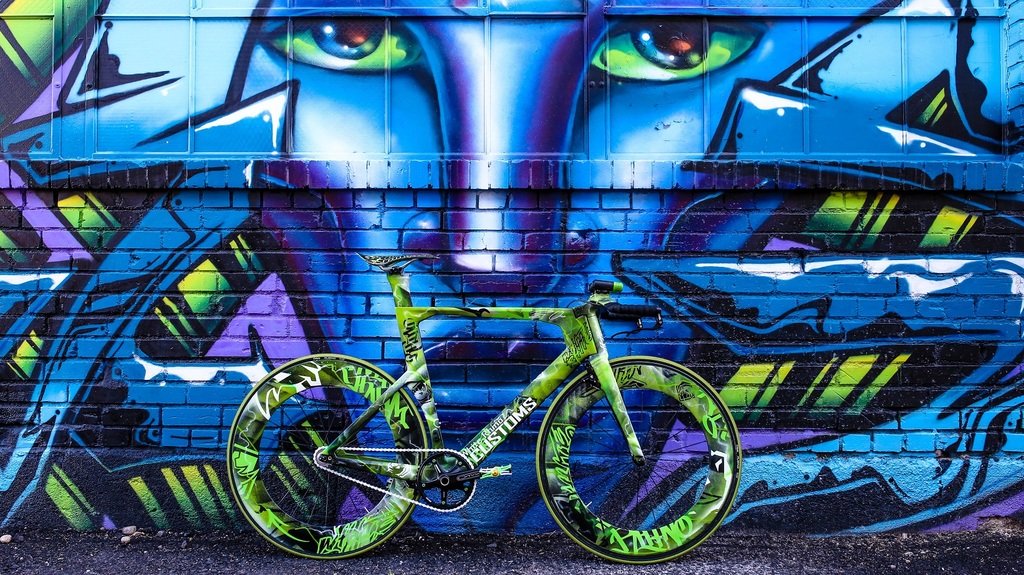 The first in the series is a collaboration with artist Tristan Minton aka Pager.One. Minton’s signature graffiti-style artwork adorns his namesake model, the Pager.One, in neon camo colors with white rhino details. Minton is a local graffiti artist, whose artwork can be seen throughout Denver, and also runs his own design company Royal Stain Design. The Pager.One bike will be auctioned off in support of the charity, Platte Forum, which supports Denver’s under-served youth in collaboration with local artist-run programs. 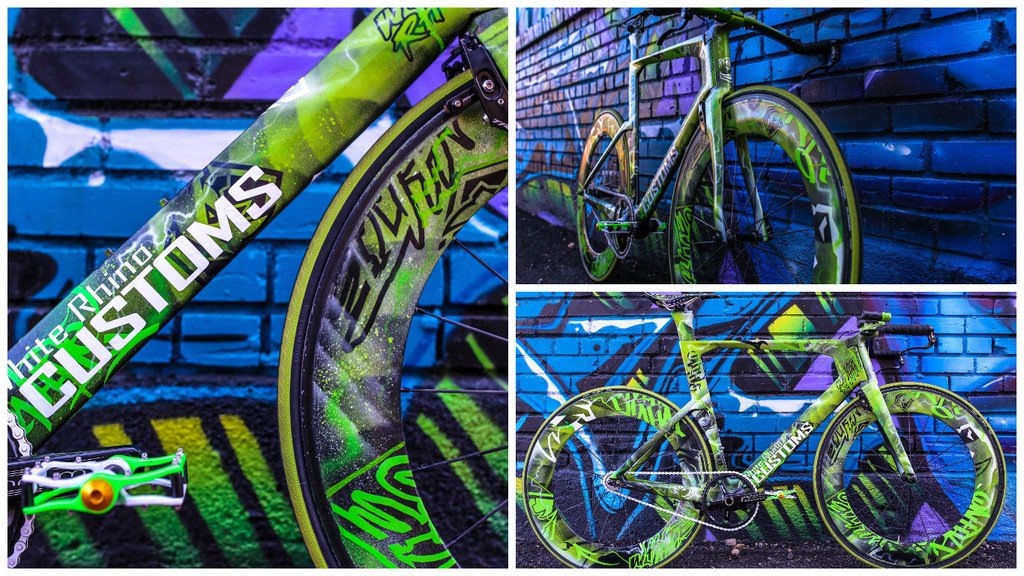 The second bike in the series, the Meraki, features the artwork of Denver artist KiriLeigh Jones. Originally from California, Jones brings her mandala inspired aesthetic combined with an obsession with the universe and night sky to the Meraki in bold, black and white lines that intricately weave themselves over the entire framework of the bike.

“Over 160 hours and a paint pen for almost every hour went into Jones’ free-flow creation of the Meraki. The Denver skyline and outline of the Rocky Mountains can be found among the labyrinthine design.”

“I liked the idea that it would always appear as something new from every angle. Whatever way you look at it, it’s something different for everyone,” stated Jones. Over 160 hours and a paint pen for almost every hour went into Jones’ free-flow creation of the Meraki. The Denver skyline and outline of the Rocky Mountains can be found among the labyrinthine design. 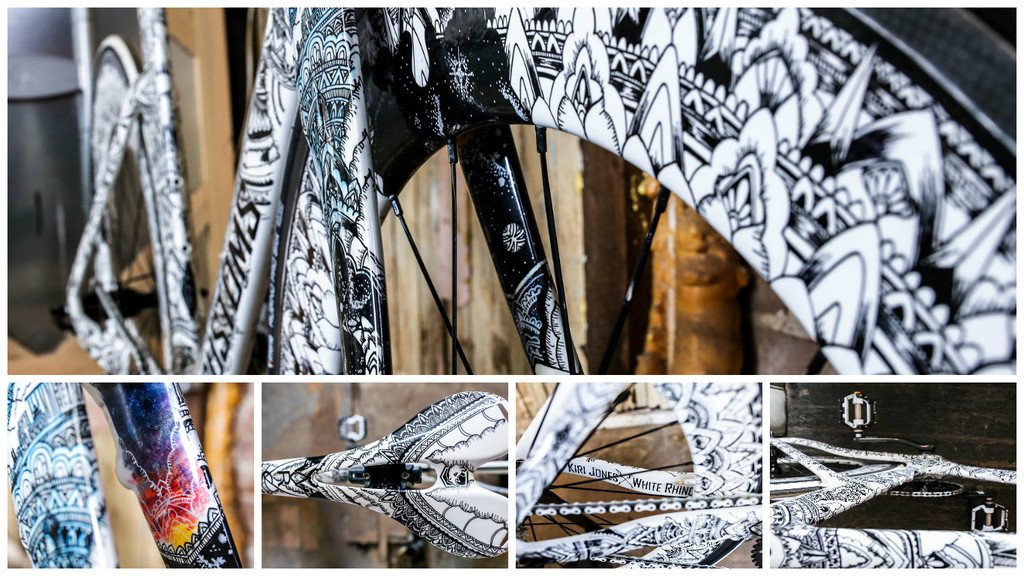 Ian Houghton found the artists for the ArtBike series on social media and had them create their own version of the White Rhino logo as a test piece.

“When I talked to the artists at the beginning, I made sure they knew that they had complete creative freedom, but that they had to incorporate anything Colorado lifestyle and bicycle related,” elaborated Houghton. 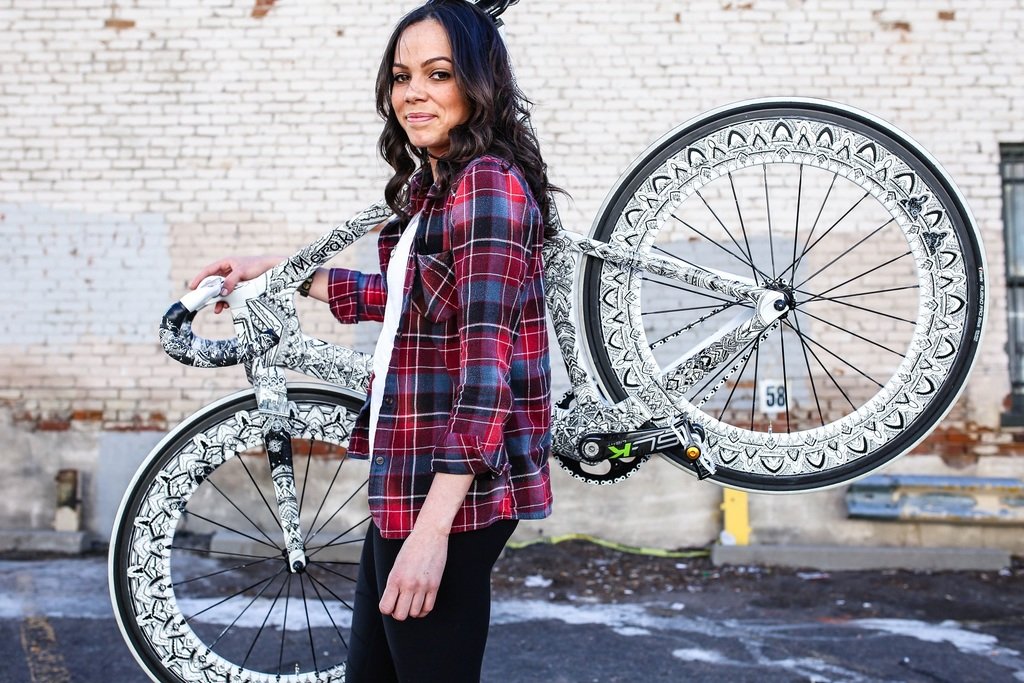 The Meraki has been chosen by Jones to be auctioned off to benefit Im’Unique which has partnered with Lululemon Athletica to unify communities by educating people on whole-body wellness.

The next installment of the ArtBike Series will be a collaboration between White Rhino Customs and mural artist Jason Thielke to benefit Colorado’s Earthlinks, which is a nonprofit outreach that caters to homeless and low-income individuals in order to provide them with the skills to create Earth-friendly and sustainable products.

Beginning in late August, the ArtBikes will be featured in the grand re-opening of the McNichols Civic Center building as a tribute to the cycling culture of Colorado. They will be auctioned off in January to benefit each of the charities of the artist’s choosing. There is no better way to showcase the unique cycling culture that is alive in Colorado, than by featuring White Rhino’s impeccable designs adorned by local artists’ work.

Learn more about White Rhino, including how to build a custom bike at Whiterhinocustoms.com 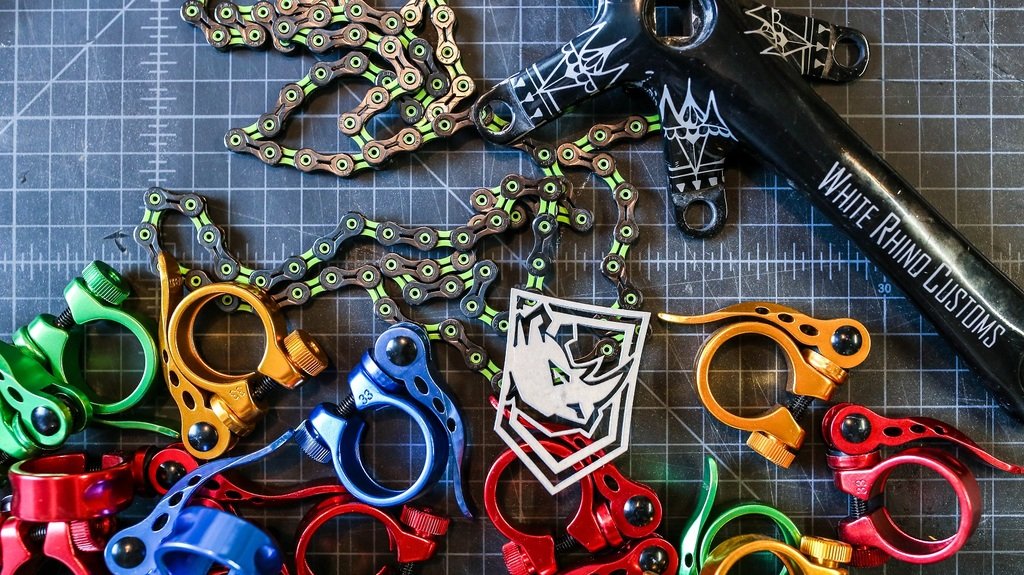