When it comes to style, there are those who lavish themselves in floral prints and pastels, those who prefer crisp shirts and ties, and those who like western wear with fringe, boots and silver buckles. For others, anything in black is more appealing. Matthew Reyer and Joe Burchard of Black/Tuesday  is a part of the latter crowd. The dynamic Denver duo sat down with 303 Magazine to tell us about their fashion brand, DJ ventures, and vinyl record label.

303: Tell me about your brand name, Black/Tuesday.

Reyer: I’m obsessed with black, that’s been my thing forever. I was “googling” words related to black and somehow the great depression popped up. I was like “Bam! Black Tuesday sounds dope.” And luckily there was a meaning behind it. Black Tuesday is the day the stock market crashed and to me it represented a shift during that time. It took people from one way of thinking to another. People were drowning in opulence and overindulgence from the success of the stock market. When it crashed people had to re-evaluate themselves. I’m not saying our brand is trying to create change but the words themselves meant something to me. So we ran with it. 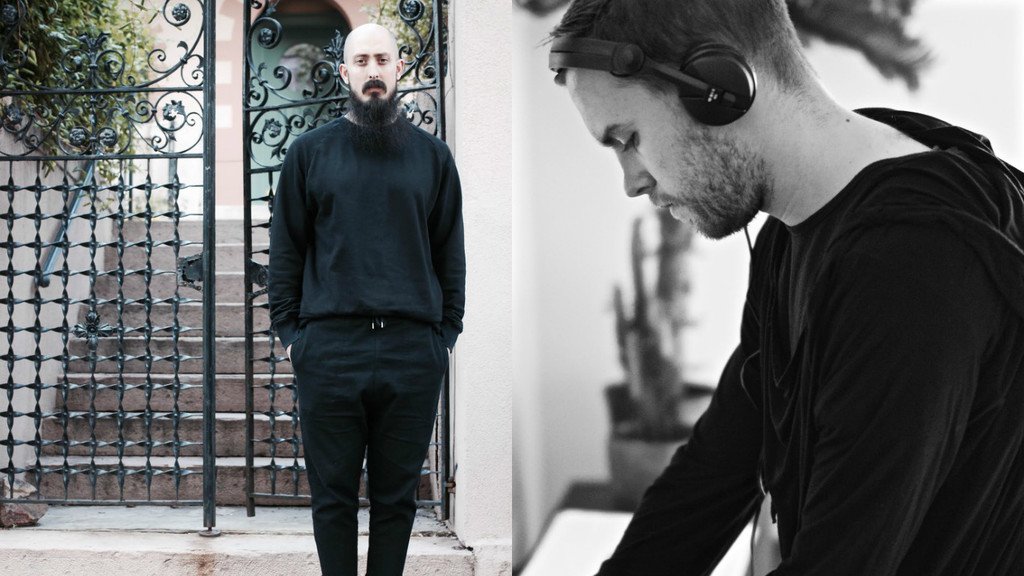 303: Why are your clothes primarily black?

Reyer: I think there’s nothing more interesting than a sophisticated individual covered in black. There’s so much mystery and so much energy in the color black. It’s a powerful color. There’s usually an interesting story behind people that obsess over the color.

303: What influences your designs? Tell me about Campaign III and the images put forth.

Reyer: I’m a big fan of Second/Layer out of Los Angeles, as well as Damir Doma. There [are] few designers that catch my eye because there’s so much going on in Fashion. I try not to get caught up in what sells well. My brand is what my vision is and who I am at the time so you’re not going to see Black/Tuesday stray too much. As far as design influence, I would say we’re focused on creating elevated basics with a streetwear twist. We’re trying to keep everything very timeless, clean, comfortable. If you’re looking at Campaign III, it’s a mixture of shorts and sweatpants and our core basics. The way we styled everything is more of an old-school, southern California approach. Our Campaign III shoot is about the human form and how our clothes can accentuate the body. 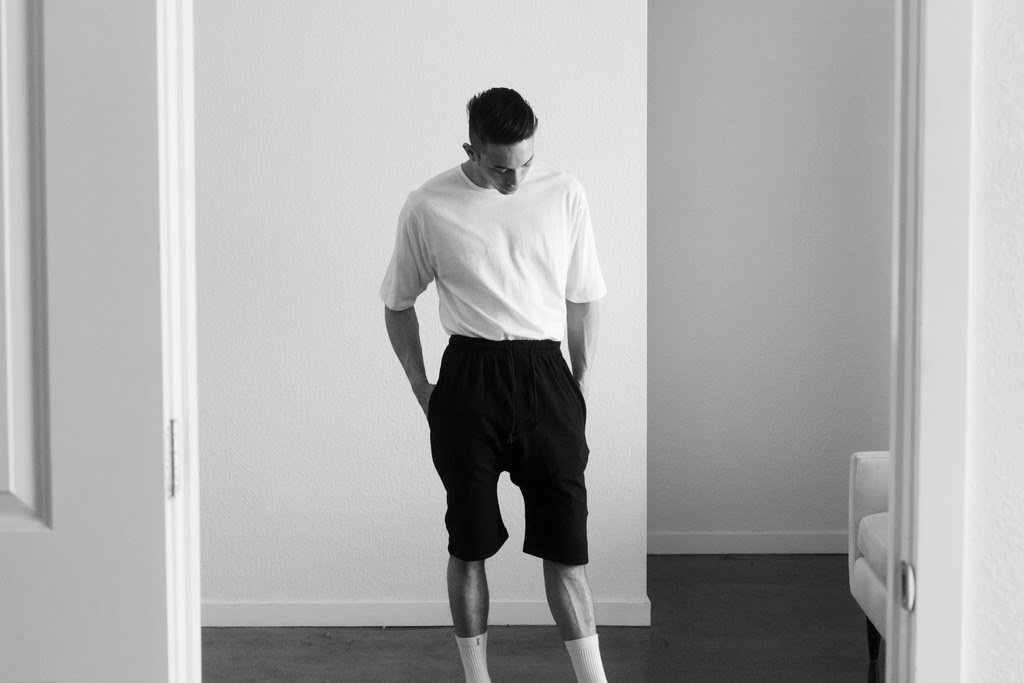 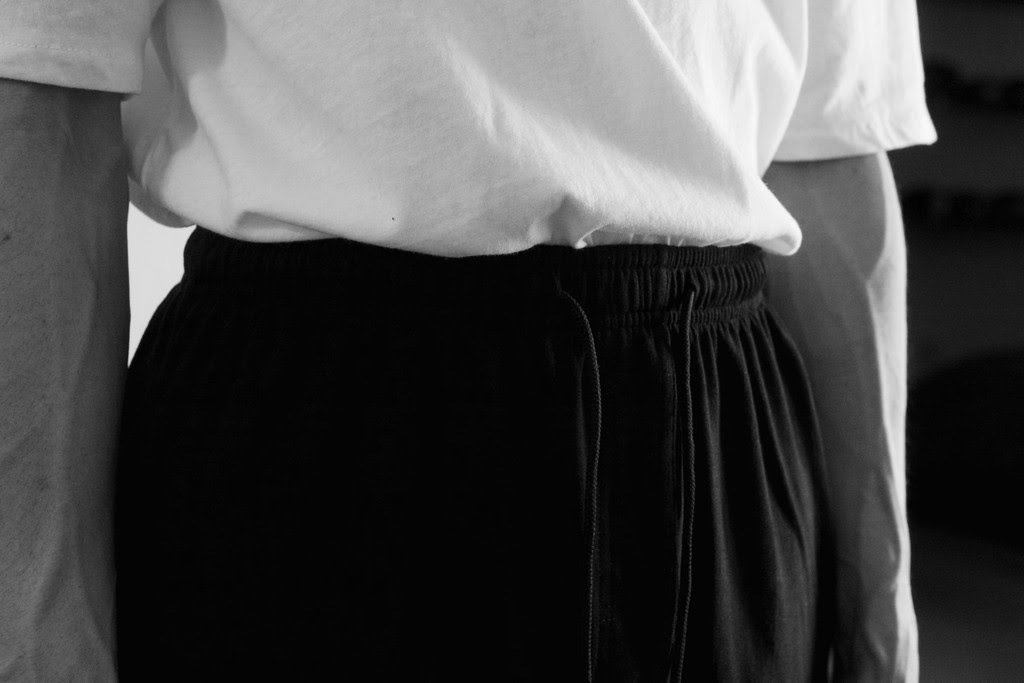 303: Beyond clothing, Black/Tuesday also plays music. Tell me about it.

Burchard: How we started playing together is pretty funny. We were at a local DJ warehouse party and it was rocking but the DJ’s who were spinning had had a little “too much fun” and the music kept stopping… over and over. I was outside and one of my friends went looking for me. He said, “Where have you been? Reyer’s looking for you. He’s playing right now.” We’d never played together but we’ve always carried USB’s, so I went up there and we ripped a set together. It went really well so we kept with it. He’s the brains behind the fashion, music is my real passion. So I saw the opportunity to create an umbrella brand that houses a bunch of creative influences. We’re setting up a vinyl only label with more of a Romanian minimal type sound. It’s a sound that hasn’t hit Colorado yet but we’ve been getting a good response from the crowd.

303: What do you hope to bring Denver’s fashion scene?

Reyer: We’re not trying to change Denver, we’re just doing our thing. We love Denver, it’s a great place to live and I think the more we’re here and the more we do what we do, the more people will rally behind it. I hope we can generate awareness that this kind of fashion exists, that street wear and elevated basics are not just an online trend. We’re also all about quality and bringing high quality products to market.

“There’s no such thing as failure, failure is a socially created concept… The biggest thing creatives have to forget is that concept of success and failure.”

303: When did you know/decide you wanted to launch your own clothing line?

Reyer: Since I was six haha. But no, when I was eighteen, I started this clothing company called Kriminal Apparel, mostly screenprints. That came and went but when I seriously wanted to start my own brand was a year after I got back from Los Angeles. So almost three years ago. I’ve always had the urge to do it but I wanted to do it right, I have a steady income to be able to finance the project and the timing was right so we went forward.

303: What are future plans for Black/Tuesday?

Reyer: Right now we’re working on shorts, pants , a couple tops, a couple more outerwear pieces for summer. I did this Black/Tuesday art piece called “Hand/Outs.” I think we’re going to get a crew together and do a short video of us giving out samples jackets to give to the homeless. I live right by the mission and have people outside my window yelling all the time so I feel like the Hand Outs project is about giving back to the community. I’m also working on a yoga line. I feel like there’s a way to make yoga more appealing to men. I feel like the future of Black/Tuesday‘s clothes is multipurpose. You can wear it at the club, you can wear it at a board meeting, and it’ll all look great.

Burchard: There’s been a big rise in vinyl recently. Back in the 90s, some DJ’s would have one record and you would only hear this one song if you listened to that DJ. There was this air of mystery, and it created an overpowering want. So we’ve been pushing the vinyl only idea behind the label. It’s going to be really high-quality wax records. It aligns well with the clothing brand because of the quality and the mystery behind it. It leaves you wanting more. 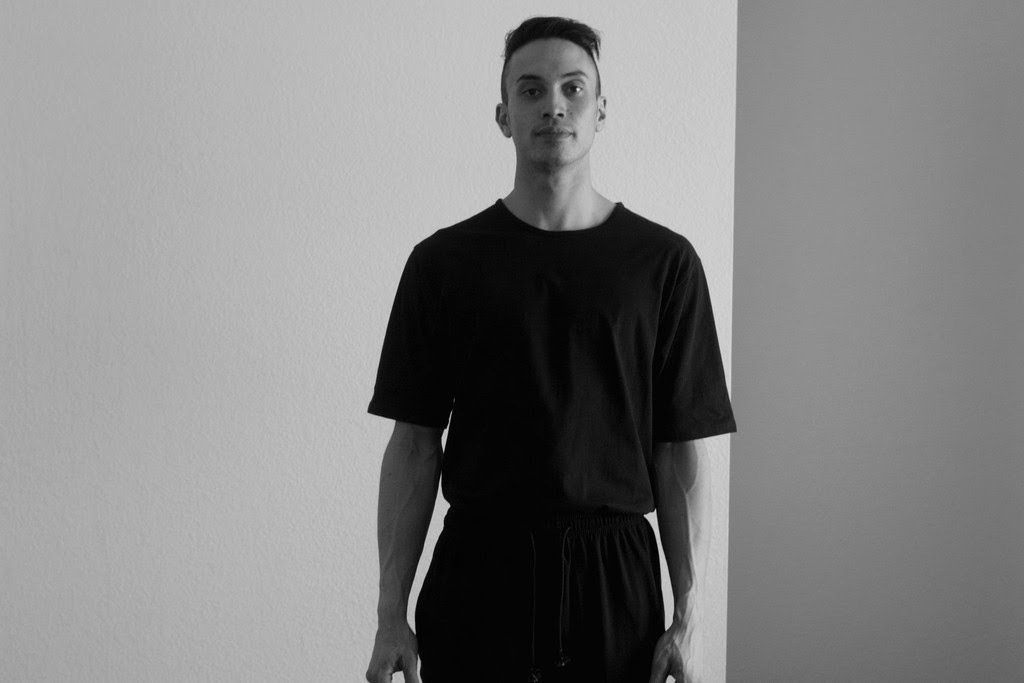 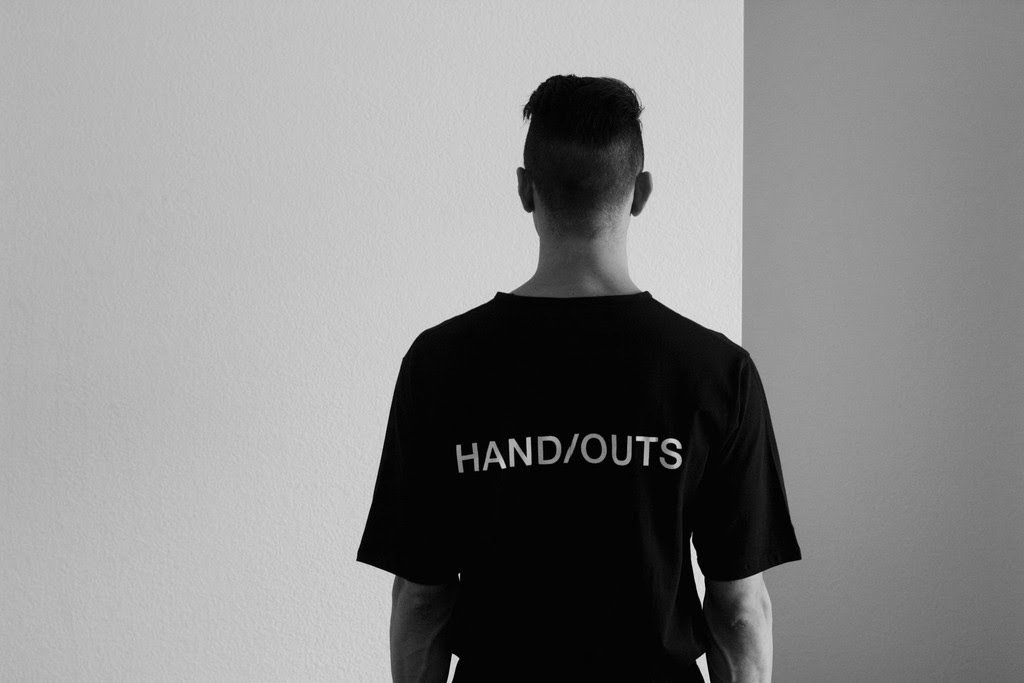 303: You collaborate with distinct artists like Rob Hill from NDSLA and musicians like Silat Beksi from Ukraine. How do you decide who you want to work with?

Reyer: We really try to pursue artists that are bigger and better than us. If you had a list of the people we’re trying to get mixes or tracks from, it includes people we play all the time, people we respect and people we want to become. The more you collaborate, the more brand awareness you’ll create. Trying to reach out to as many people as we can has been a great way to meet artists. We actually just sent Rob a few more bomber jackets to work on so we’re excited for the results. 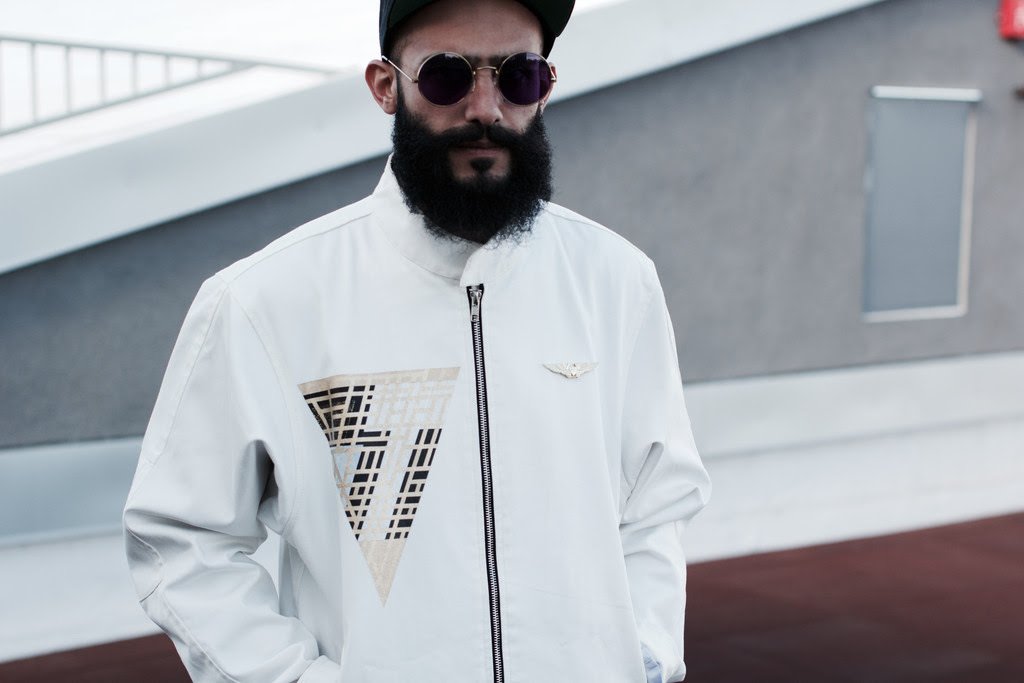 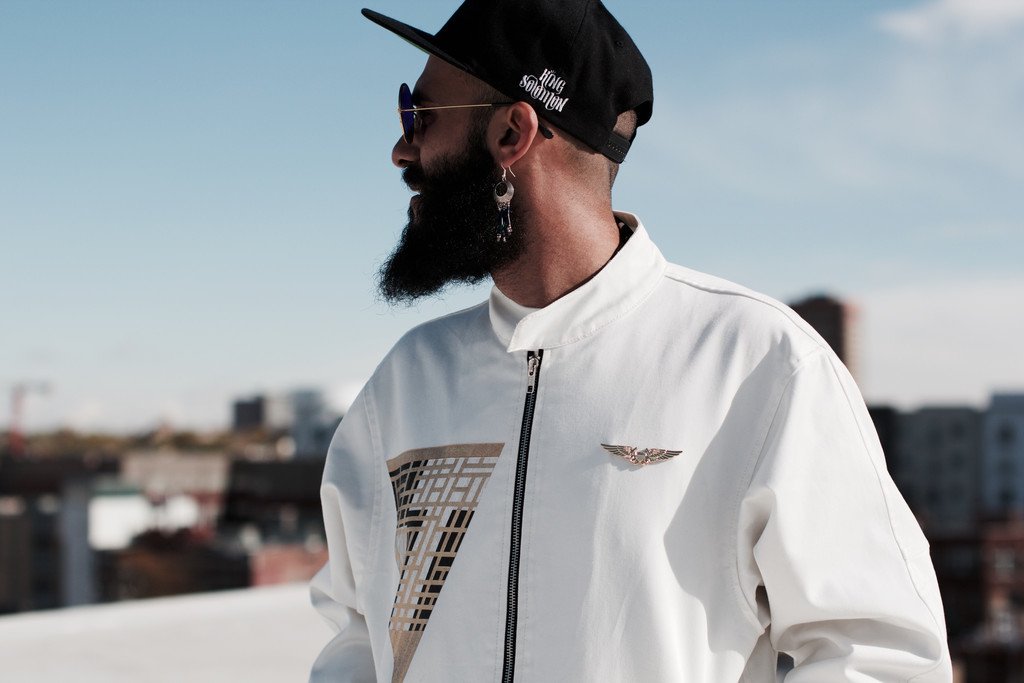 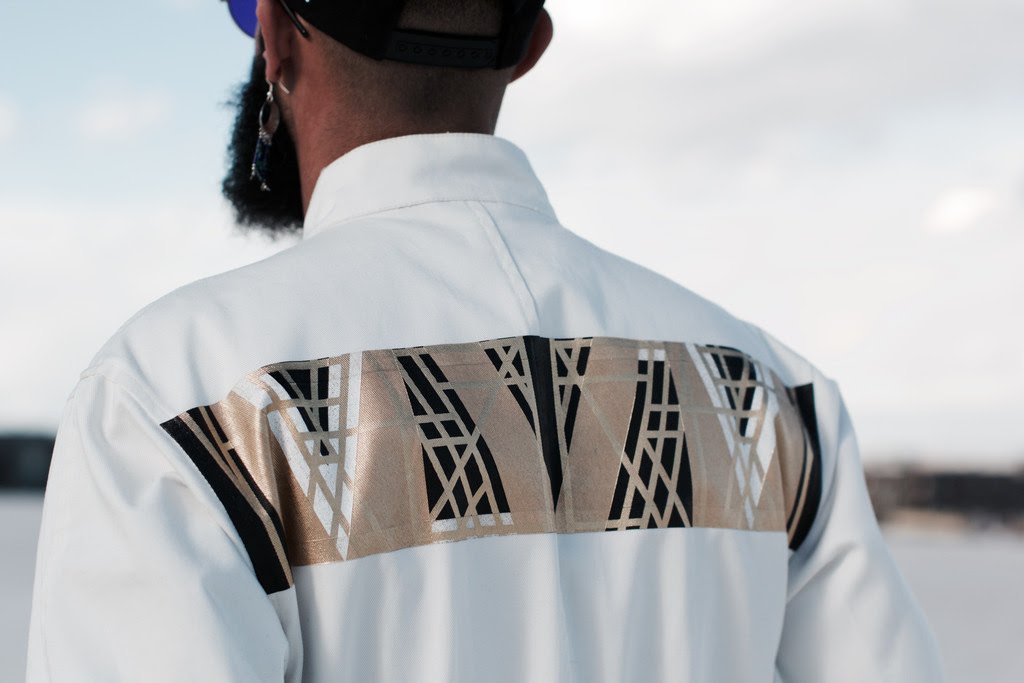 303: Lastly, any advice for creatives thinking about launching their own projects?

Burchard: There’s no such thing as failure, failure is a socially created concept. It’s uncomfortable learning, there’s only learning in life. Where real growth happens, and where I think a lot of artists “fail” is the uncomfortable learning. It’s learning that you shouldn’t do what you just did, that you should change it up. The biggest thing creatives have to forget is that concept of success and failure. Creatives can be doing something so cool but because it’s only cool to a few people or they’re not making money off it yet they view it as a failure. Society is telling you that’s failing but I think that’s learning who you are and what your creativity is about. Nobody knows what they’re doing but the difference between successful people and other people is that they’re not afraid to fail. Build the plane while you’re flying it.

Reyer:  If you have the passion, if there’s something eating at you deep inside than that’s what you should be doing or trying to do. For me it’s about following my intuition. There’s a reason that voice is talking to you. It’s important to prioritize your passions and take steps to realize them. The end goals made up of very small steps that must be realized first so take the steps necessary to get there. Just do something. Like Joe said, build the plane while you’re flying it, haha.

Be sure to check out Black/Tuesday’s Campaign III to see the latest arrivals and click on Recordings to listen to their new sound.