In addition to talented artists, stunning views and exciting performances, Red Rocks is also home to some prime people watching. No matter the artist, genre or vibe, these 10 Red Rocks archetypes will be out in full force this season–and we’ll be watching. 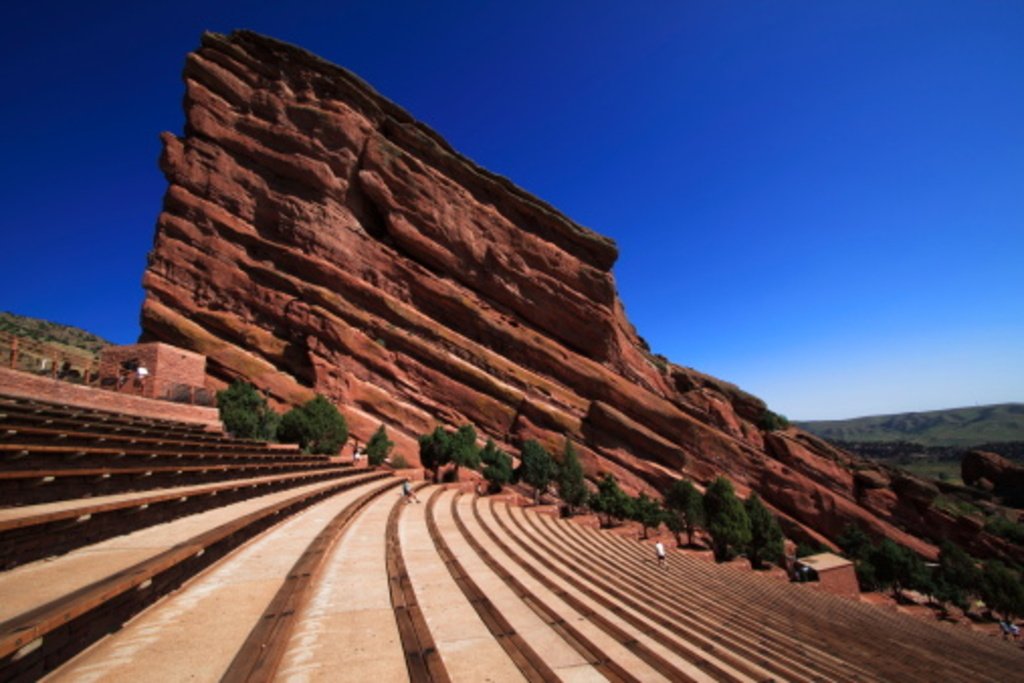 There’s one at every concert and he or she is literally having the best night ever. Donning a beat-up concert tee from the group’s first show, they are positioned in the front row, dead center, singing at the top of their lungs to every song and also holding some sort of homemade sign with an obscure reference to the lead singer’s favorite indie flick. Bonus points for Camelbak to help them stay hydrated and healthy without missing a single beat.

This showgoer is definitely dressed to impress – the band, that is, in case they see him elbowing his way towards the front. He’s got signed gear, like the other faithful, but he’s also lazy and shameless. He’ll show up after the fifth song, expecting to get a spot up front. Or, if he isn’t expecting it, he’ll believe he’s earned it because he ‘liked them before they were cool’. 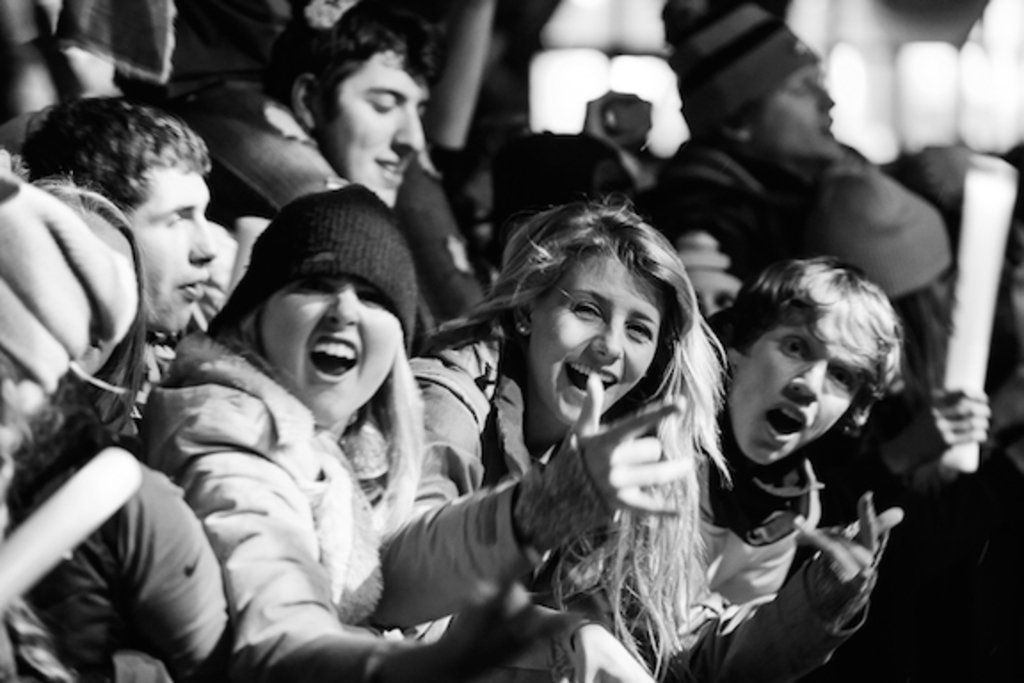 She’s (or he’s) got a big data plan and isn’t afraid to use it. Snapping insta-pics before the show is just a warm up. Once the lights go down and the band comes on, it’s recording time. She’s most likely positioned directly in front of you so that you get the pleasure of watching the entire act from the screen of an iPhone 6 plus. The only reprieve you’ll obtain is when she sits down to plug her phone into its backup battery pack. She just wants to show her friends what they’re missing in beautiful Colorado– from seventy rows back.

No matter the jam band, these guys and girls are on it with fancy psychedelic chocolates and hallucinogens in the shape of hot air balloons – or whatever the kids are doing these days. Now that they’re done following Phish on tour, making hemp bracelets and selling veggie burritos, they probably have big boy and girl jobs and thus, money to spend. They come out in full force with 17 of their closest college friends reliving the glory days of following Jerry around in a ’74 Grand Cherokee, except this time, their significant other is driving and it’s a Prius. 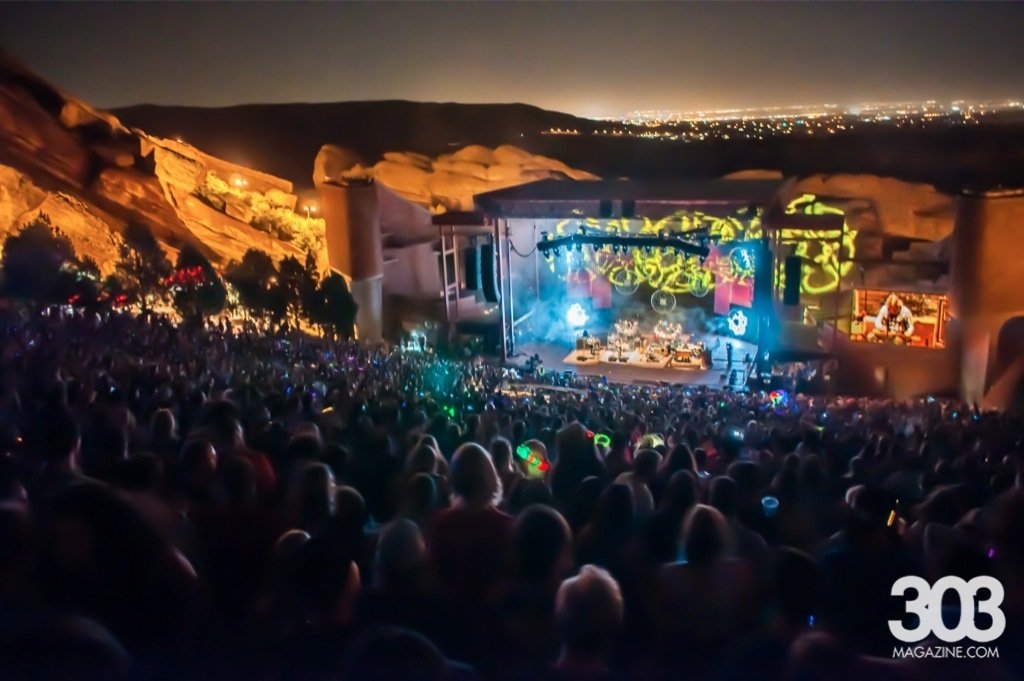 This clumsy yet dedicated crew spends 80 percent of the concert huddled over a backpack with a small flashlight. They are in a constant state of trying to pack the bowl, roll the joint or find the lighter. They care about the show but are incredibly dedicated to getting high. It just makes the music that much better, dude. Since it’s Colorado, they’re at every show no matter the genre but really pack the house for ska, jam reggae and hip-hop events.

It doesn’t have to be bass heavy or illuminated by light prisms, it’s 2016 – ravers are everywhere. They’re about connecting under the PLUR message, sharing positive vibes and some other face-melting stuff. At your average rock concert, they may look a bit tamer (less fur and candy bras, more leather and neon) but they’re around. Casually name drop any relevant DJ or EDM festival and you’ll find a raver ready to tell you how filthy the new Kaskade and Zhu collab is. Who knows, maybe you’ll get a bracelet. 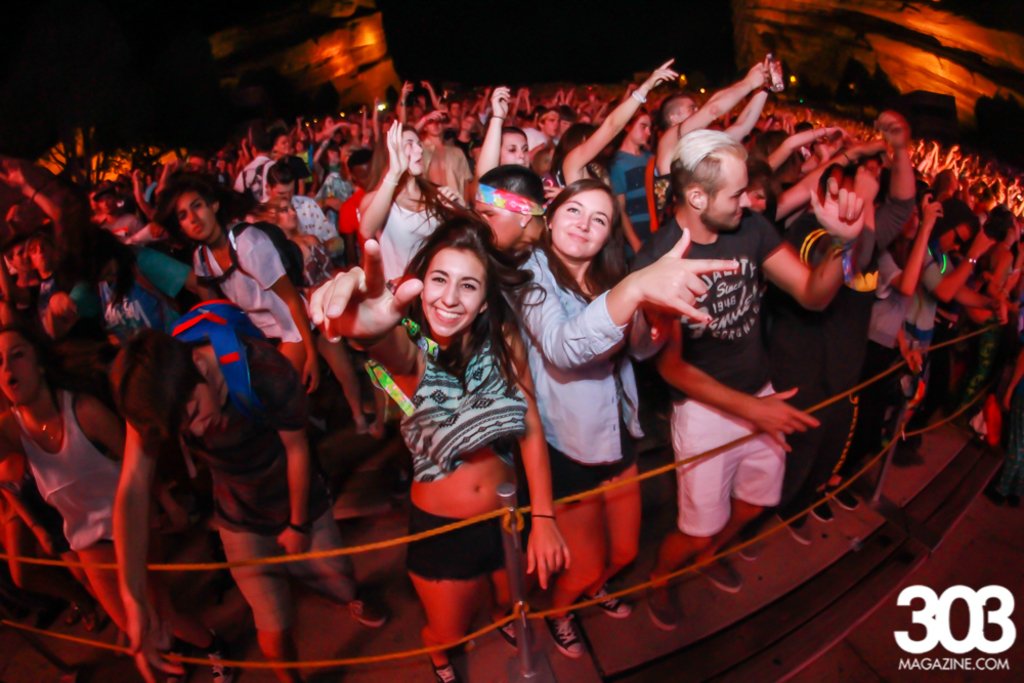 Usually found in full outdoor garb, they came early to hike up to the stage and see one of the most beautiful concert venues in the world. They’re friendly but aloof. They won’t blend with the crowd as they’re chugging bottles of water and downing cliff bars. It’s a hard hike when you’re not used to the elevation. Those stairs are no joke either. This bunch is positioned up at the top where their backpacks and sun hats won’t be in the way. They’re sometimes confused with Nosebleed Hermits, when in reality, they just want to see splendid views of Morrison without getting a contact high.

This person generally has no sense of direction. Put him (or her) at Red Rocks, turn the lights out and give him four beers, and he’ll spend the night wandering through the rows looking for his friends. He just had to use the bathroom and told everyone to wait right there. Alas, upon return to what he believes is the same spot, all he can find is the make-out couple and fumbling tokers. His friends are too busy enjoying the show to pick up their phones but he’ll stand in the middle of the walkway continuously trying to call anyways. 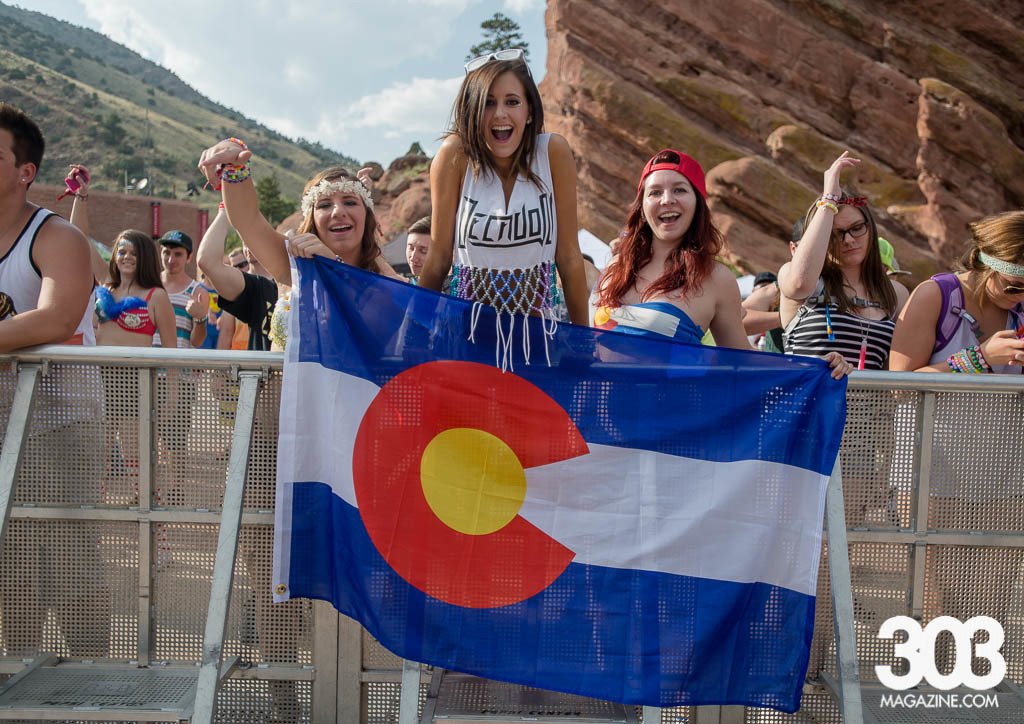 This bunch comes fully loaded in a caravan of Toyota Tundras with camper attachments. They’ve got cornhole, coolers full of Fat Tire and…is that a deep fryer?! They don’t mess around and are packed to survive an apocalypse. Now that their college game days are long behind them, they take their tailgating to new lengths. They’ll make it to the show eventually… but the losing side just sunk their redemption shot so it may be a while. To them, beer pong may be much more entertaining than The Infamous Stringdusters.

Something about nature and live music just brings out the horn dog in some couples. They’ll start the concert swaying, arms intertwined, like it’s their junior prom. Very quickly will they graduate to a full-fledged make-out session complete with awkward groping. It’s uncomfortable and distracting. You’ll stand behind them, wishing you invited your roommate instead of your grandma.