Take Aways: Animal Collective has taken their signature experimental pop music to outer-space heights with the level of technologic advancements in the world of electronica.

Comical tribal figures with dancing lights pirouetted in the background while Animal Collective took the stage this past Tuesday night at the Ogden. Humans garbed in neon dresses, tie-dye fur coats, and bohemian scarves cheered as Panda and the rest of the gang walked on stage. Without an introduction, they dived into their experimental pop set as a gurgle of animal sounds blasted from the sound system. Their signature style of bouncing rhythms and echoes of voices rang strong throughout the Ogden – it was fun to see their mixture of technology and child playfulness. 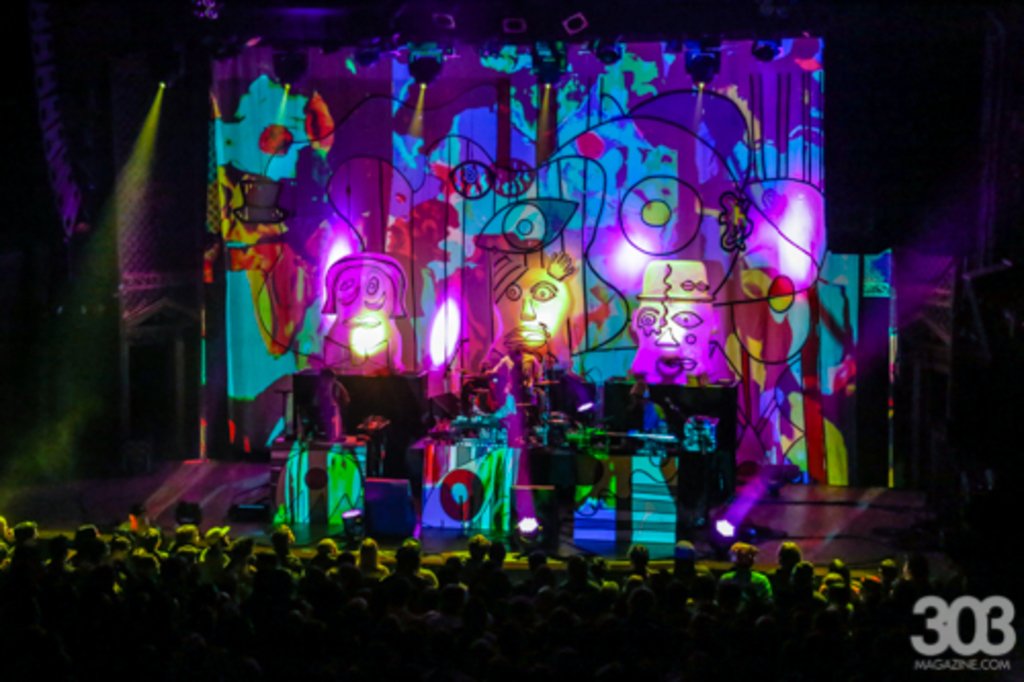 They melted into “Hocus Pocus,” a chaotic song from their most recently released album. A slip’n’slide to outer space, the vocals bounced off one another while synths barreled through an ever widening and closing tunnel of music. It was hard to know exactly when to clap for the end of their songs for it seemed as if they all collided into one another, working delay pedals into song, beat boxing into movement. The syncopation between Panda (Noah Lennox) and Avey Tare (David Portner) was one to be rivaled. When one voice drifted off into the electronic ocean, the other one echoed back to keep the crowd energized and awake. While they had previously mixed and looped their music, the timing on every beat was spot on, fully practiced and refined from all the years participating together. With so many different sounds coming together at once, I kept thinking that this is what a mitochondria powerhouse might feel like.

The band dabbled in every genre – rock, hip hop, even punk fringed the outer limits of their music. Pulled together into one symphony, it was hard not to feel overwhelmed. However, their sounds were reminiscent of those found in nature – lightening cracks from the drums, ocean waves from synths. When they finally incorporated their famous didgeridoo music, the crowd roared together in dance. It’s hard not to bob your head to bouncy rhythms.

Flashing back to their old music, the song “Brother Sport” came on. I can see how their previous albums foreshadowing the strong electronica they now support. Right as we became acquainted to the heavy rhythms, they opened up “Bees,” introducing a barrage of cymbals and lilting voices. I kept giggling, however, because the tone is more somber and melancholic, while they crone about bees, “So sudden / the bees / they can fly / so violent,” Panda sings into his microphone, while droplets of electronica float in the subtle background. Just as quickly, their music took a sporadic turn and resembled a swarm of bees with cuts and voice bytes. 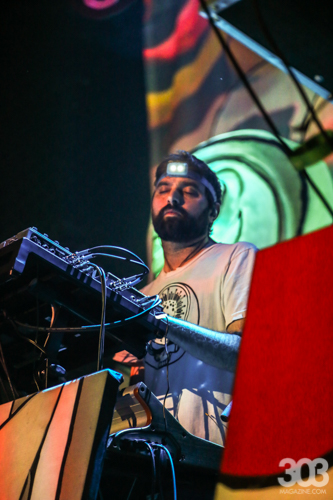 Their toy factory of music was loved by ravers in the crowd, and fans of their classic indie vibes. I left the theater feel as if I just exited space ship and wondered if I would ever view electronic music the same. Their distorted sounds and spirals of keys and voices keep reverberating inside my thoughts, never quite settling down.