The Burton US Open comes to Vail once a year (this year Wednesday March 2 to Saturday March 5 2016) and is definitely something you won’t want to miss out on.  This incredible competition of world champion snowboarders started in 1982 and is the longest running snowboarding competition in the world.  There is so much to do and to look forward to with The Burton US Open and it’s not just in the watching of incredible snowboarding.  There are epic concerts, giveaways, autograph signings and photo opportunities with professional athletes to just name a few of the fun things to see and do for this amazing event. 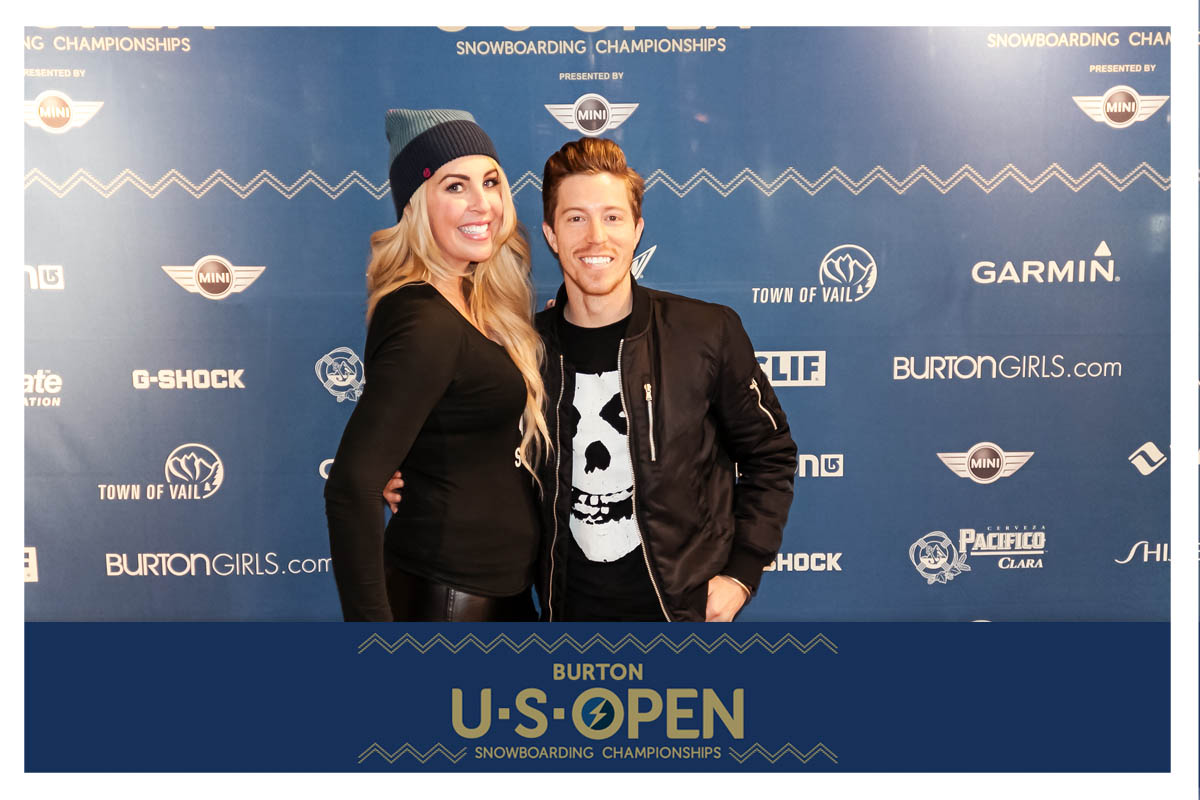 The Low Down: Not many people know that there are plenty of opportunities to rub elbows with the athletes at the Burton US Open. In fact, there are multiple signings throughout the week of The Open at Various stores in The Village and Lionshead area where you can meet the snowboarders and get a picture and or an autograph. The list of athletes changes every year but be on the lookout for signs around the village and Lionshead that tell you when, where and what professional snowboarders will be doing these meet and greets.  Last year even Shaun White who wasn’t actually competing in the Open came in just for a signing and photo opportunities. 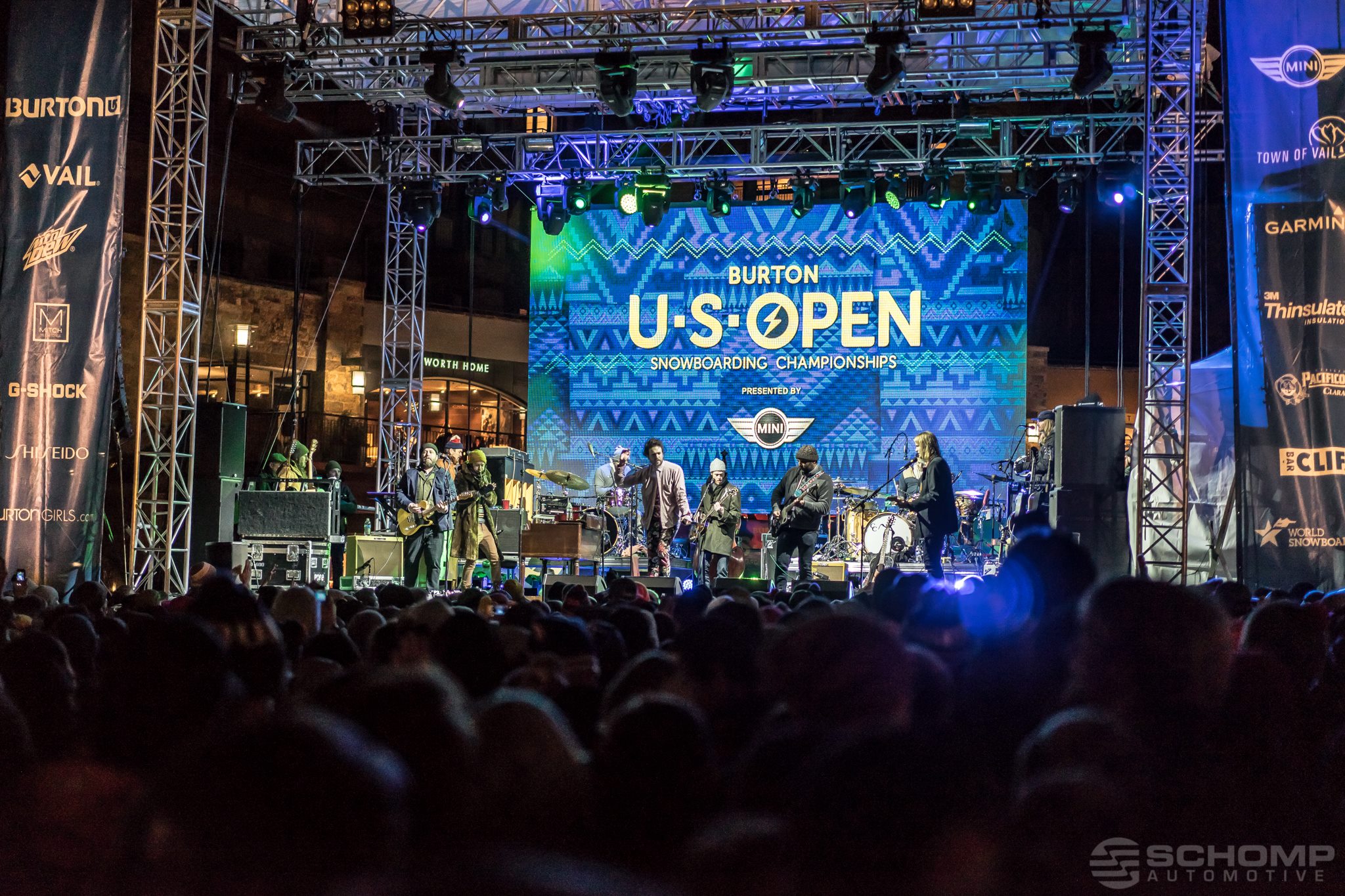 The Low Down: The US Open announced an amazing entertainment schedule featuring FREE performances by both well-known established headliners and newcomers including The Bright Light Social Hour, Big Grams, Griz, and The Sheepdogs.  The Burton US Open has free concerts for everyone to enjoy at the end of the day to finish off each day’s amazing snowboarding events.
The first concert will be on Wednesday, March 2nd on the Solaris Concert Stage with The Sheepdogs, the first unsigned band to grace the cover of Rolling Stone in 2011. 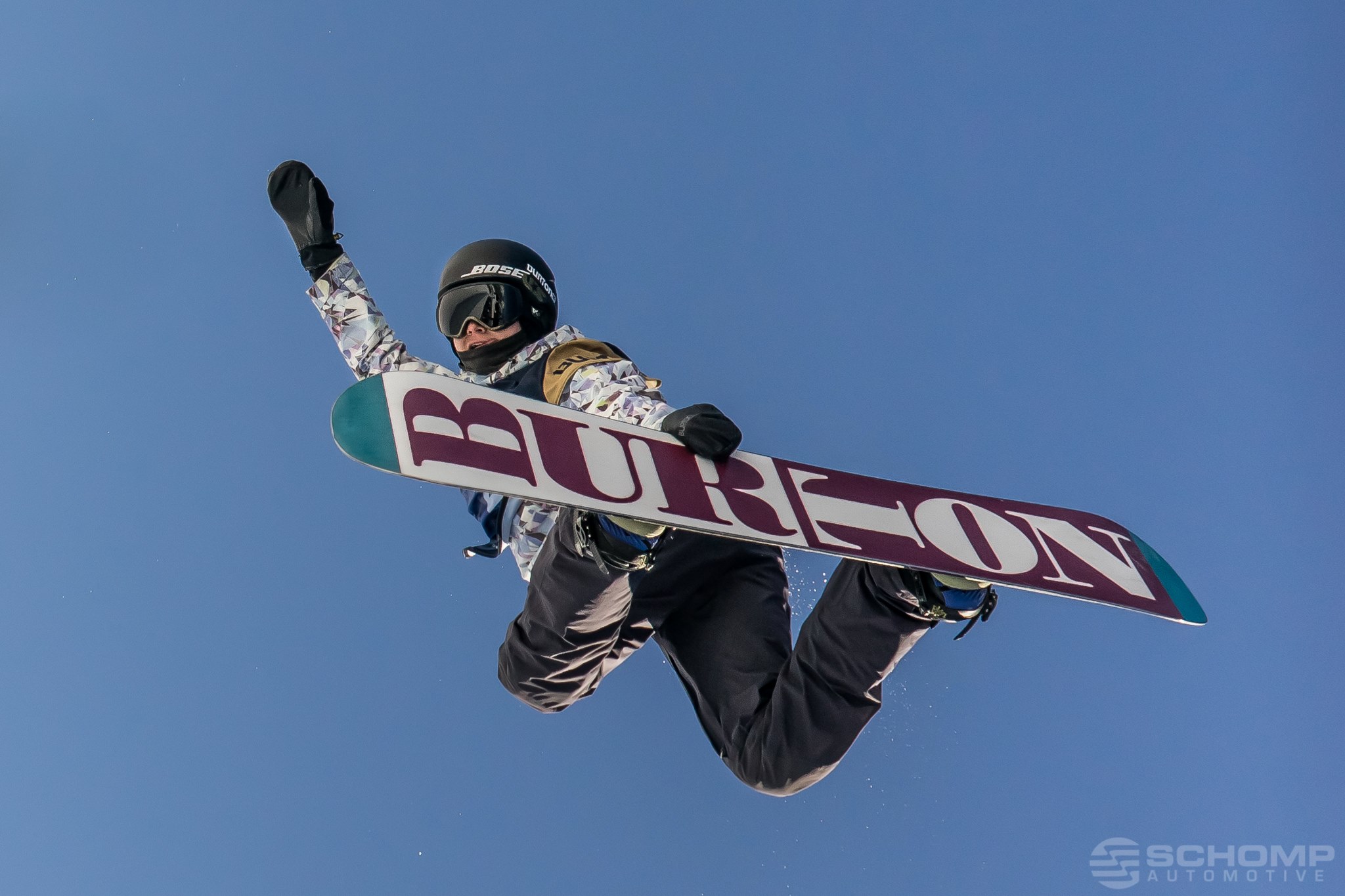 Burton US Open 2015 Half Pipe Competition. Photo by Roman Tafoya for Schomp MINI

The Low Down: On Saturday, March 5 both the Women’s Halfpipe finals and The Men’s Halfpipe finals happen. The Women’s Halfpipe Finals starting at 11:20 a.m. at Golden Peak and The Men’s Halfpipe Final right after.  I love both of these competitions because not only can spectators hike up the halfpipe to experience the completion first hand and be standing at the top of the Super Pipe but also the women and men snowboarders competing in the competition fly over the spectators heads when they are catching air. This competition and experience is definitely one you don’t want to miss.

• World Class Snowboarding Competitions
• Chili Party/Fundraiser Wednesday Night (Colorado Ski and Snowboard Museum)
• World Class Restaurants And Shopping
• Games
• Giveaways
• Product Sampling
• Professional Snowboarder Autograph Signings And Photo Opportunities
• Apres Events
• Snowboarding/Skiing Vail
• World Class Hotels
• BroomBall Tournaments (Solaris Ice Skating Rink)
The list goes on and on of exciting and fun things to do and see during the Burton US Open.  The snowboarding is, obviously, the main attraction but if you love music, food, fun activities and mountain town fashion then this is definitely a four-day event that you won’t want to miss.

I live in Vail Colorado and I am a Television show host, actress, model, writer and avid lover of all Mountain sports.  I split my time between Colorado and Atlanta for work and love that I get to live out my passion of Acting and Television Hosting and that I am lucky enough to call this my job.