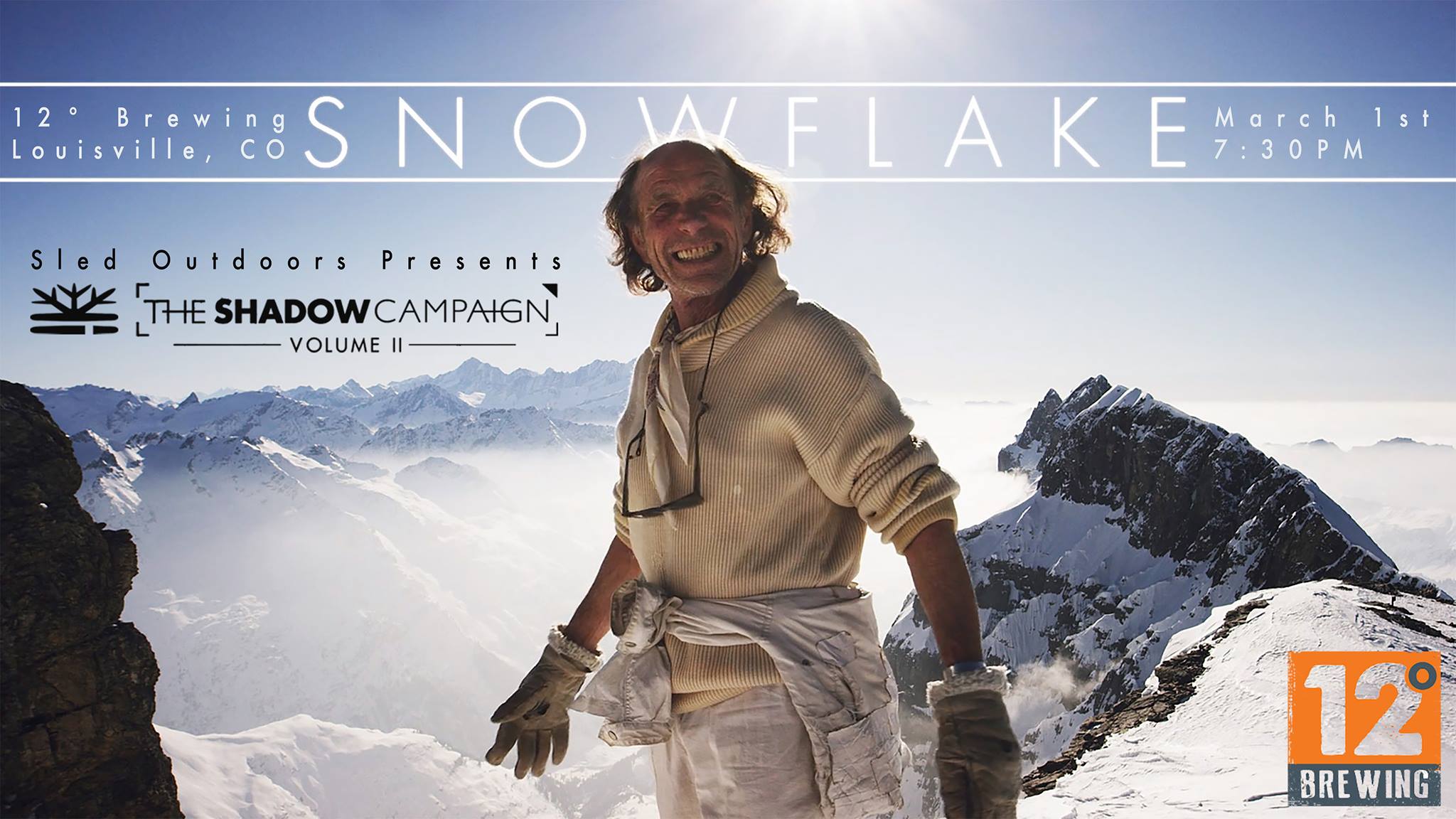 We’ve all heard the saying, “Where’s your sense of adventure?” Well, with SLED Outdoors introduction and premier Film Festival Tuesday, March 1, 7:30 p.m. hosted at 12Degree Brewery in Louisville, you will truly understand and appreciate the adventures that surround us here in Colorado.

SLED, which is the acronym for Simply Live Each Day; is built upon the philosophy that we should have fun, enjoy life, get outdoors and Simply Live Each Day. Kyle Parker is the founder of SLED Outdoors and recalls “Some of my first memories are of climbing trees and playing in the snow.” Being outside and exploring has been a part of his entire life.  “I have always appreciated nature on an instinctual level,” Parker adds. SLED Outdoors is an event planning organization thats purpose is to connect the local community and the outdoor community with non-profits and local small business’ that may not have the resources to create an event to reach large audiences on their own, so SLED will aid in this process.

The SLED Outdoors Film Festival at 12Degree’s will focus on ski films from DPS Cinematic called the Shadow Campaign that includes four short films as well as a film from Super Proof that features Sean Pettite, a Red Bull Sponsored athlete from Canada. The first film showcased is “Snowflake”, “the view of the world and the view of the outdoors and nature through the eyes of Snowflake. Snowflake is an eccentric Swiss skier who has a very interesting view on life,” states Parker and continues “Snowflake talks about how in order to become one with nature you have to be the nature and it doesn’t matter about the conditions or where you are, it’s about enjoying life. Which is something that SLED assimilates with.”

“If you want to be one with nature you should always come to the color of nature, that is why I am always dressed in white.” – Snowflake

After “Snowflake” the next film up is “Full Part Edit 2015” which shows off the skills of skier Sean Pettit and also includes “beautiful cinematography. It is really well done with a fantastic audio track that is timed and comes off well,” adds Parker.

The next two DPS Cinematic films show the differences in conditions throughout a season; “Weight of Winter” & “Warmth of Winter.” “The Weight of Winter is meant to highlight the cold and heavy storm systems that move through as well as the blizzard conditions that one can experience when out in the back country. It also shows lighter snow and the way that it reacts in colder temperatures,” smiles Parker and continues “The Warmth of Winter” is meant to show Spring conditions. You will see melting, slushier snow and the conditions are a bit warmer. While both types of skiing are fabulous,” Parker , “it is definitely two different arts. Light fluffy snow versus the slushy snow of later in the season.”

The last film “Reverie” focuses on “A dismal melting reality of dirt and grass that dominates the slopes of Italy’s Gressoney resort. A dedicated few patiently wait for a storm that could possibly save the season with meters of snow. For days there is nothing, but at last, as night falls, thermometers drop, and minds drift in reverie toward the possibilities locked in the coming snow.”*

As mentioned, this Film Festival is FREE and open to the public, however, donations are appreciated and SLED will have tasteful donation boxes throughout the event designed by local business Lapis Design & Build.

Step out of your routine and experience something beautiful as well as supporting local business’s on Tuesday, March 1st by attending SLED Outdoors 1st Film Festival at 12Degree Brewery, located at 820 Main Street, Louisville, CO 80027, 720.638.1623.

To learn more about SLED Outdoors please visit www.sledoutdoors.com or if you have adventure stories you would like to share, email Kyle Parker directly [email protected]

You don’t have to be a ski or snowboard enthusiast to enjoy these films. Just being alive and able to enjoy the beauty that surrounds us and the amazing skills that these skiers have is enough for me to consider trying my hand at skiing again. Here’s to seeing you out and about enjoying film and art.

See below for the trailer for the event.