CONTEST: Win a Prize Pack and 4 Tickets to “How to be Single” Denver Screening 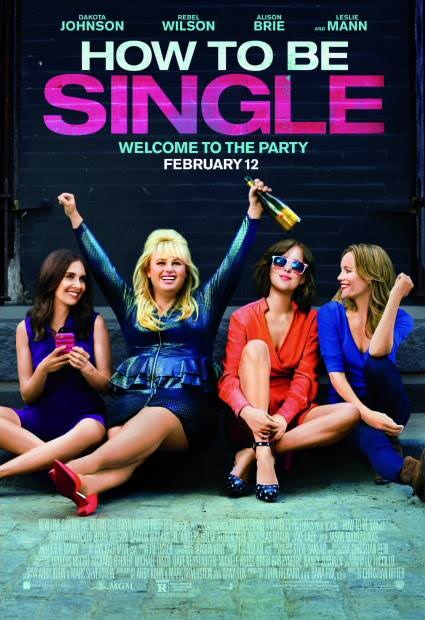 Whether you’re happily single, sadly single, married or somewhere in between, there’s a film coming to theaters just in time for Valentine’s Day that will give everyone a laugh and perhaps a little encouragement.

303 Magazine is launching a contest for one lucky winner that will win four tickets to the private screening of “How to be Single” on Tuesday, February 9 – before the film officially releases! Not only will this winner get tickets for them and three of their best friends, they’ll get a “How to be Single” prize pack that includes: digital soundtrack download, a yoga mat, make-up bag, t-shirt and cup.

Want to enter the contest? Make sure you’re following us on SNAPCHAT: The303Magazine
The contest will run today, February 4. One lucky winner will be announced on Monday, February 8.

How To Be Single, In theaters February 12th

Rated R for “sexual content and strong language throughout”

There’s a right way to be single, a wrong way to be single, and then…there’s Alice. And Robin. Lucy. Meg. Tom. David. New York City is full of lonely hearts seeking the right match, be it a love connection, a hook-up, or something in the middle. And somewhere between the teasing texts and one-night stands, what these unmarried all have in common is the need to learn how to be single in a world filled with ever-evolving definitions of love. Sleeping around in the city that never sleeps was never so much fun.