Punk rock is timeless, and Emily Haines and her band Metric definitely proved that their tunes have prevailed throughout the years. Headlining at the Fillmore last week on 2/16, they opened up with a heavy guitar session that boasted their wave indie vibes. Playing songs from albums such as. “Old World Underground, Where Are You Now?” and “Fantasies,” I could tell the crowd was pleased whenever they heard an old classic from Emily. They immediately jumped into “Help, I’m Alive,” after the opener, and lights exploded in time with the famous lyrics and drum beats. The throwback to this popular song showcased the strong bonds of this close-knit Canadian band – and of course drew the crowd in for their rock-filled set.

They then transitioned into “Youth Without Youth,” an anthem for burnouts and disgruntled young adults everywhere. Beer started flowing throughout the crowd, and bobs of heads created a wave-like motion. Emily’s voice is gritty yet feminine, mocking yet fragile. She was bouncing around her stage, later commenting that it felt like her home and the instrumentalists her family. They continued their rock jam purity into “Twilight Galaxy,” the lights dancing and reflecting these colors. “Did they tell you, you should grow up when you wanted to dream / Did they warn you, better shape up if you want to succeed?” Emily crooned into the microphone, perhaps speaking to her own band’s longevity of touring and having fun with their crowds. 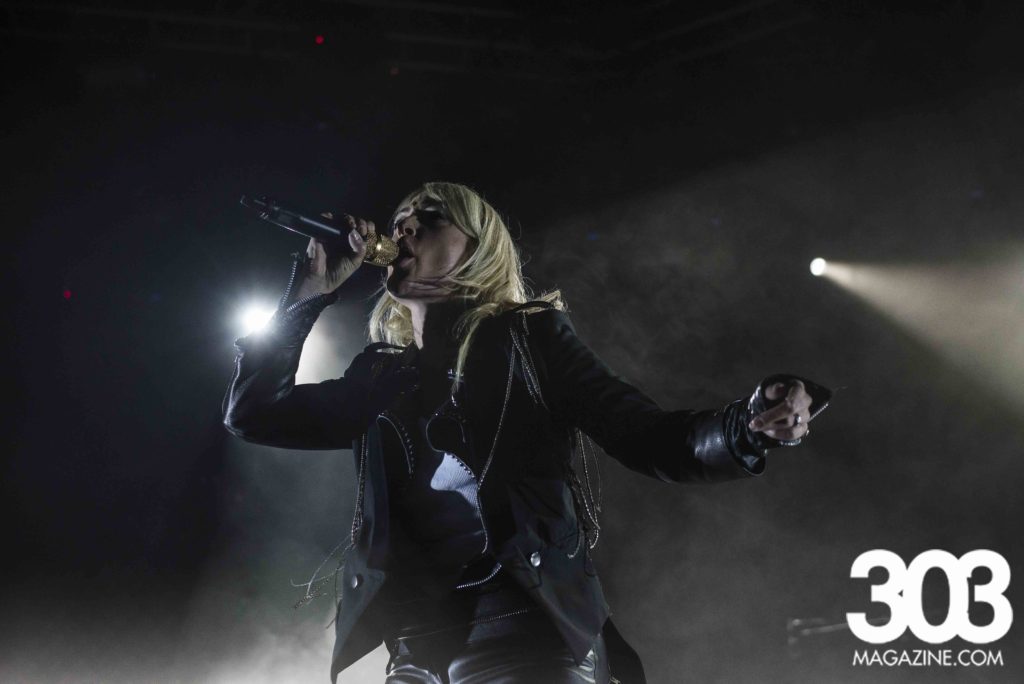 The band jumped into a conversation with the crowd about halfway through their set, and Emily started talking up the venue, “It’s very rock n roll to play in a venue named after a bank,” she joked, appreciating the scene that the Fillmore can carry out, unlike larger concert venues. Metric then brought up fans onto the stage, split the crowd into two to sing a stripped down version of “Dreams So Real,” thus creating one of the largest sing-alongs I’ve witnessed. They immediately jumped back into the punk scene after the ballad for the fans, while Emily pranced around, creating inflection with both her voice and presence.

A majority of their songs feature a circular electronic build up that breaks down with thundering thrashes between bassist Josh Winstead and guitarist James Shaw. It was when the instruments melted together that subtle waves of rock n roll carried through. James had a solo for the song, “Other Side,” which was just released on their new album in 2015, “Pagans In Vegas.” I was surprised they didn’t play more songs from this record, but maybe they wanted to have a dance party through the years, leaning to what the crowd knew and cherished. Stressed on synths and focused on airy vocals, their new album is lighter on the punk, and heavier with pop electronica. I kept thinking that Emily’s delicate vocals should be displaced with the thick beats but it instead pulled the music all together to give the band their unique recipe of rock and techno. 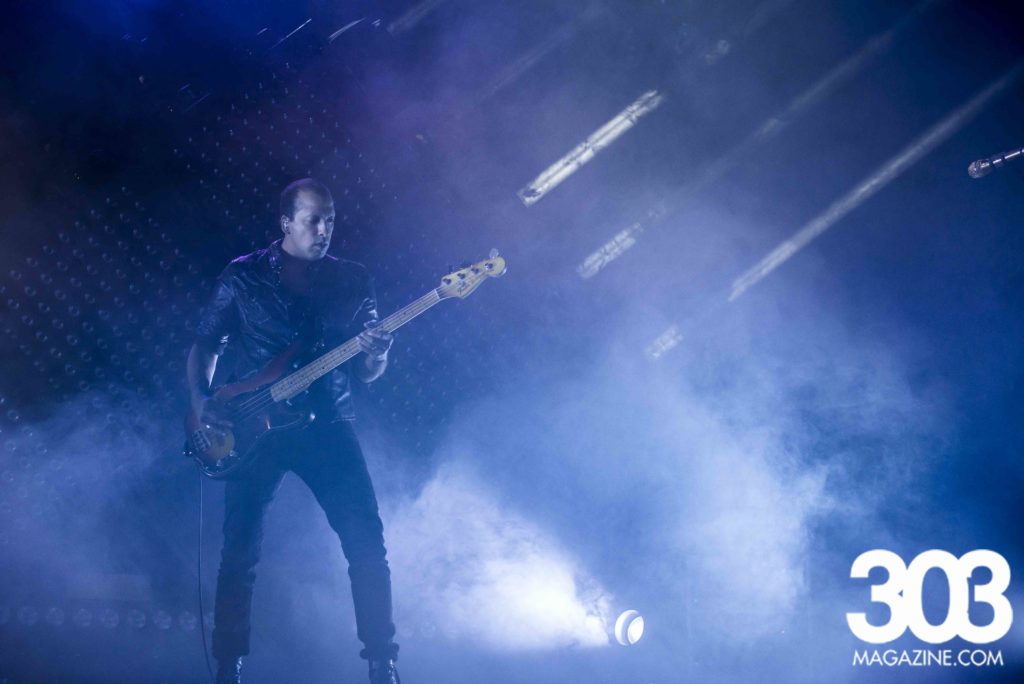 The entire set was a flurry of sound and light, rolling its way into fierceness and highlighting quiet moments of melancholia. Serenading her way into “Combat Baby,” Emily’s beautiful voice rang out and melded the song with the popular hit, “All the Gold Guns Girls.” Signaling that the end was near, the band trailed into “The Shade,” another single from their most recent album. “With eternal love, the stars above / All there is and ever was / I want it all, I want it all” she repeated under the canopy of instruments and synth.

“When I say I want it all, I mean I want to experience life to the fullest,” Emily spoke to the crowd, “and deal with the consequences later.” Smirking and dancing, she thanked us for the time travel through their discography. The crowd returned a wild cheer back, holding onto the electric bond that Metric constructed within the walls of the Fillmore. 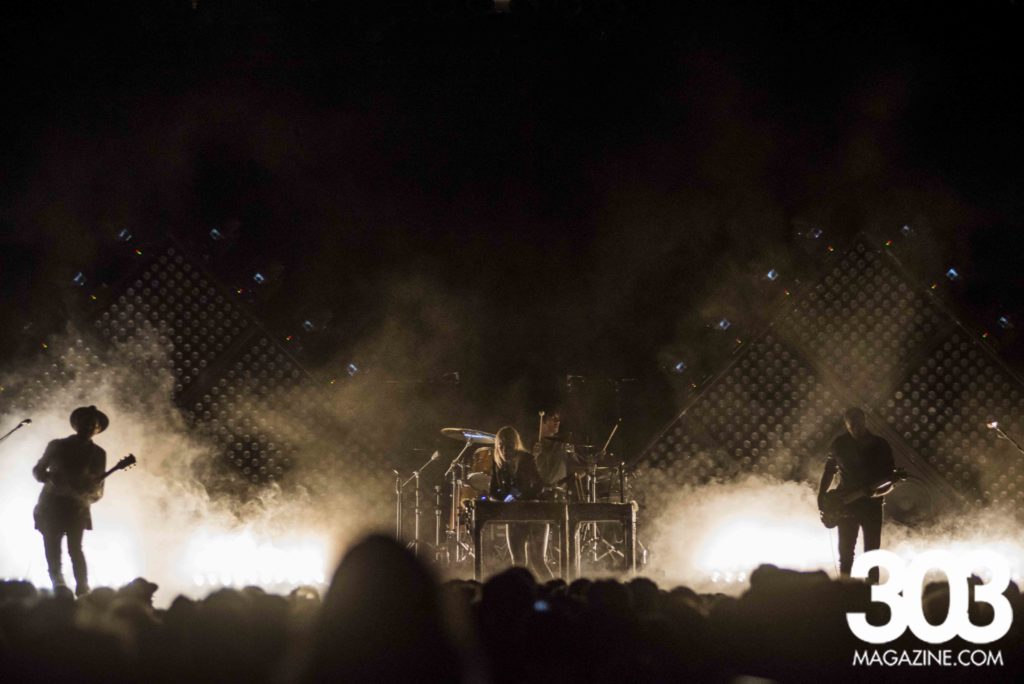