Usually kids have to paste on a fake smile when they receive clothes for Christmas…but clothes from Von Miller? Now that was a different story. Last night, former Denver Broncos linebacker D.J. Williams and current players helped throw the first annual ‘Home Team Closet’ event at the Denver Broncos Boys And Girls Club. The event was hosted by Williams’ clothing company ‘DYME LYFE’. 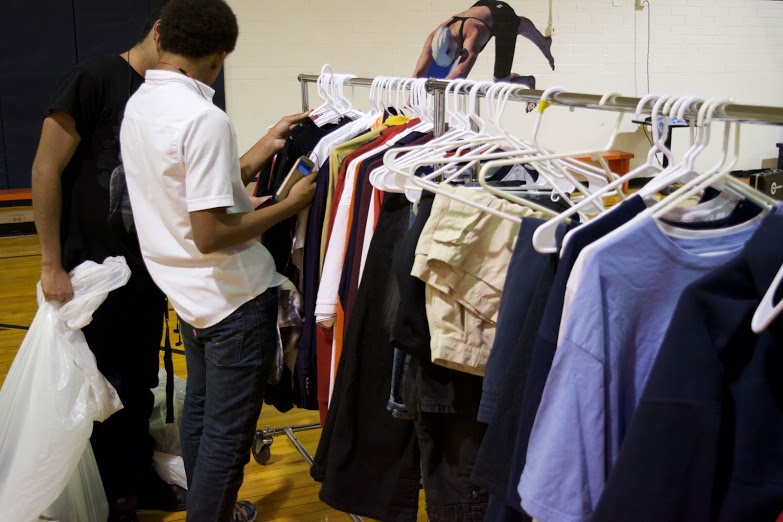 DYME LYFE donated custom sweatshirts to the high school-aged boys participating in the event. Students selected have been performing well in school. They were then able to ‘shop’ through racks of clothing and shoes donated by Denver Broncos: Von Miller, David Bruton, TJ Ward and Ronnie Hillman. 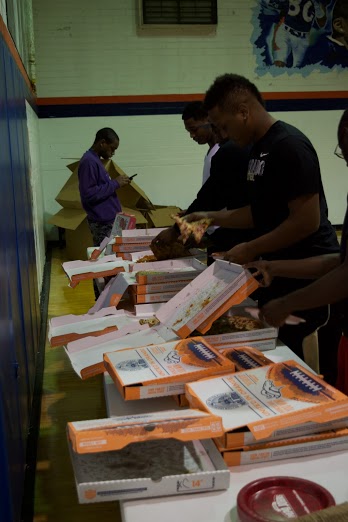 Excited chorus’ of: “I wonder which one of these were Von’s?” and “Dude that has to be Ronnie’s size”, rang through the gymnasium.

Williams enjoyed a pizza party with the students and spoke to them about DYME LYFE, emphasizing the message behind his brand.

“One of the things I want the kids to take away from tonight is to do the same thing I’m doing — help someone out” Williams said. “When they get older and get to a larger platform, but also where they are at right now — they can still help. I preach the message of DYME- Do-You-Motivate-Emanate. Be yourself and be positive.”

Williams explained how living a DYME LYFE was already a thing before he starting putting the slogan onto cloth. The idea evolved from a night out where he and 2 teammates were asked to do a favor for some good looking females (dimes) and they starting doing favors for each other because they joked that they were dimes too. Whether it was ordering omelets for each other at training camp or delivering flowers into the locker room, they would ‘dime’ each other up. 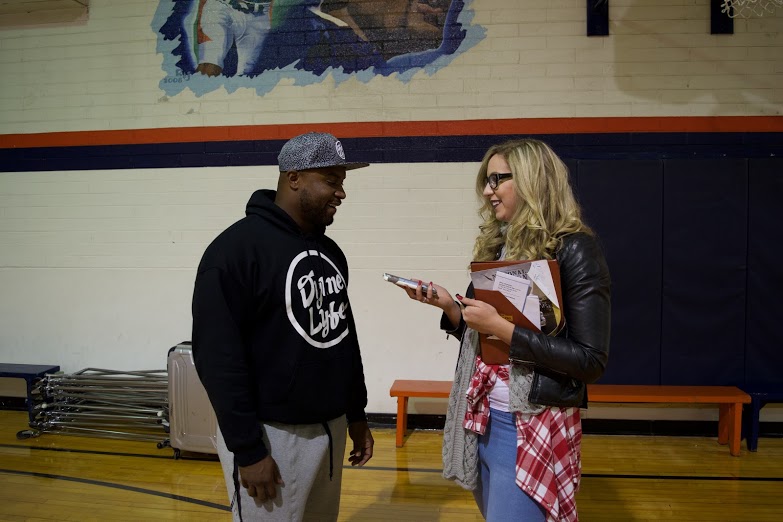 What began as a joke evolved into a contest on who could do the best favor for the other one. The idea of helping others has stuck with the brand and was obvious at the Denver event.

Perhaps we can all be dymes this Christmas by doing something nice for someone else?

Merry Christmas to all, and to all a DYME LYFE…