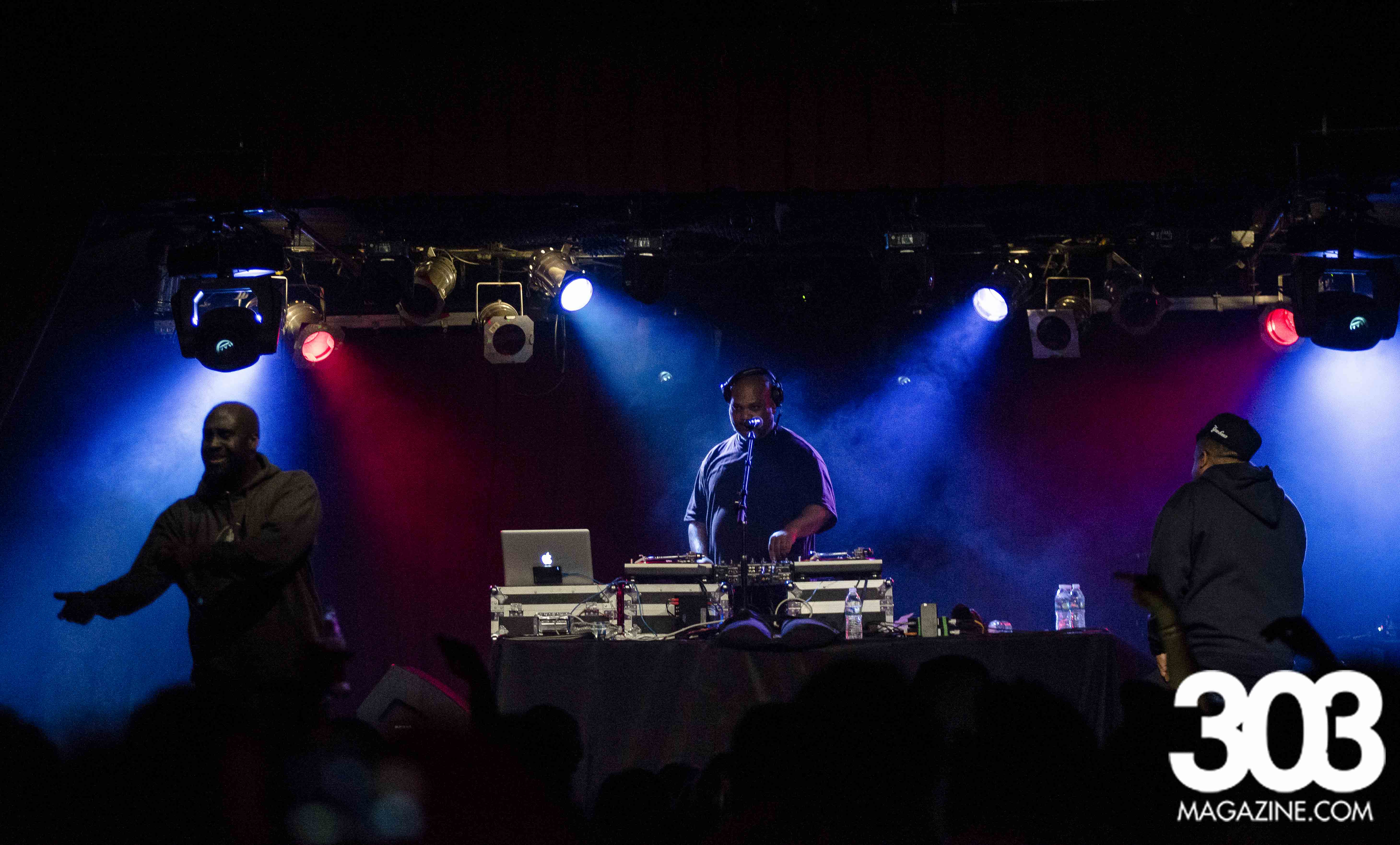 Glory, glory, hallelujah. Denver’s very own Cervantes’ Masterpiece Ballroom was once again lucky enough to be graced with the presence of one of the greatest Hip Hop groups of all time, De La Soul. The trio that hail from Long Island, New York, first hit their main stream success in 1989 with the classic 3 Feet High and Rising. From there, they have remained heavy-weights in the 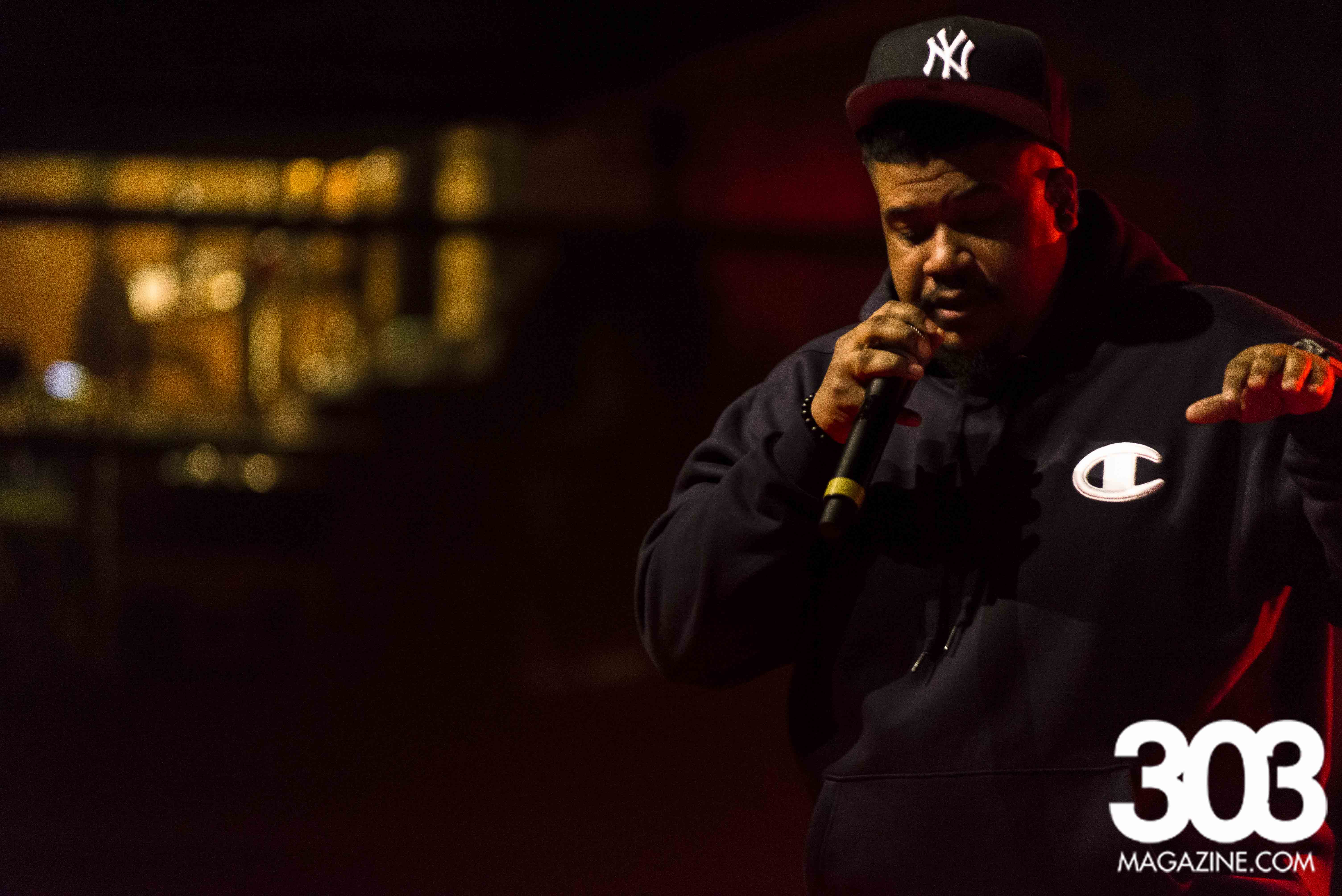 genre, still touring twenty-six years later and releasing a steady slew of albums, including one last year, one this year, and one due out in 2016. Easy to say, they have proved themselves in the test of time in a genre that favors nostalgia.

The night began with local Boulder group Whiskey Blanket. This trio is an interesting take on Hip Hop, Rap and Classical Rap, however, is executed in true Boulder form with violinist, cellist, and producer. The three men are all classically trained musicians, and the violinist, Joe Lessard, is actually also a member of the popular bluegrass band, Head for the Hills.

After Whiskey Blanket, Rapper Big Pooh stepped up to the stage. You may know Rapper Big Pooh from early 2000s hip hop group, Little Brother, along with rapper Phonte and dj/producer 9th Wonder. Pooh got the night moving, spouting out both classic tracks as well as songs from his newest projects, which include two albums this year, one with producer Apollo Brown and another with rapper/producer Nottz. 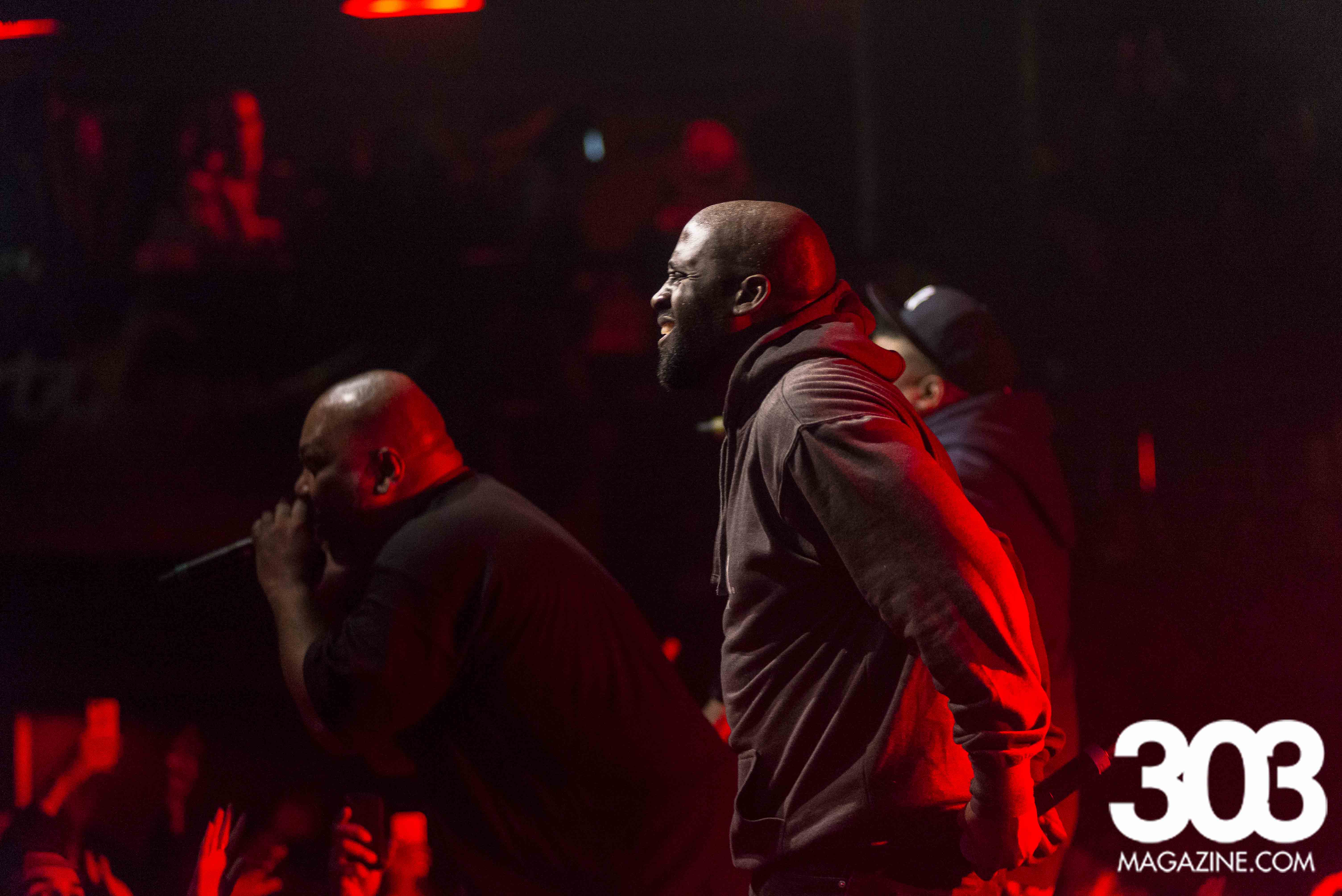 As the night got closer to 11:00 PM, Pooh had retired his opening set and the Hip Hop heads were ready to throw their hands up and wave them like they just don’t care. Posdnuos, Dave, and Maseo joined the crowd’s screams and thus the show was on.
“Put your hands in the air for the love of hip hop music,” was spouted out to the eager audience, and was greeted with both hands of each fan. The group then teased into “Grind Date” just once before plunging in full force. “Ooh” came into the setlist next, although Redman sadly did not make an appearance. Next was “Potholes in My Lawn,” which had the audience yodeling at their loudest extent.

After a hefty tribute to J Dilla, the legends inquired to the crowd about various things, including name 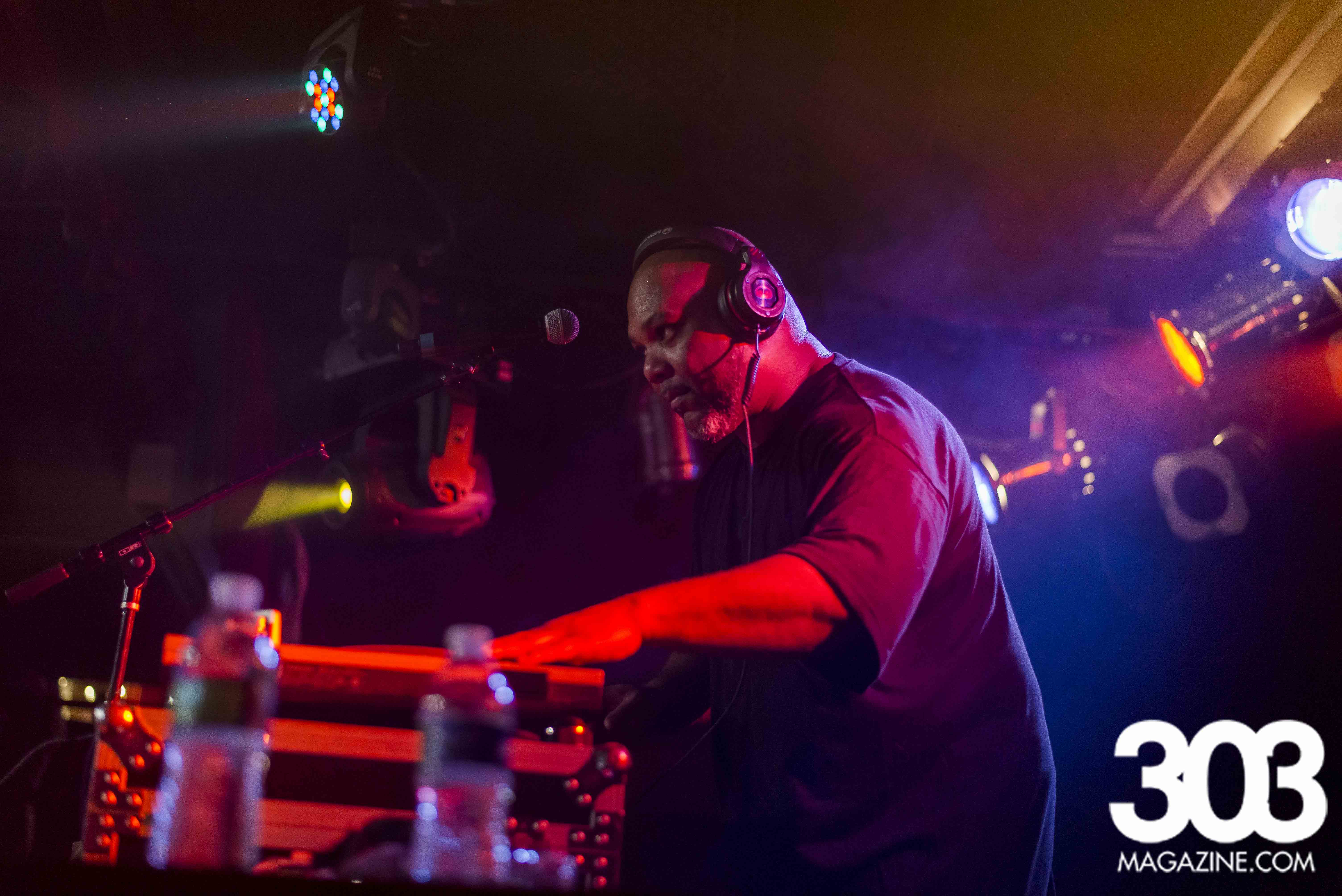 s of rappers and producers favored, if patrons were partial to smoking weed, even joking around with the question, “Ya’ll only smoke weed anymore, ain’t nobody smoke crack still?” which was well received.

It wouldn’t be a proper rap show if their wasn’t a competition to see if the right or left side was staying more live, although it was difficult to tell who was crowned champion. Then, during a heartfelt moment, the group divulged into an apparently frequently asked question of them, which is, “How do y’all stay together this long?” to which they answered that they “truly love each other.”
Following this segment of discussion, “Me, Myself, and I” was featured and was sure to bring back a memory or two for everyone there. Once the ageless classic was finished, a few more songs rode out the evening, and the night of tracks from De La Soul is Dead, Stakes is High, Grind Date, and the other great De La Soul albums came to a close. The venue said, “until next time” to the eclectic, afro-centric, masterpiece that is De La, and with an album out next year, the possibility of a return is not out of the question.