The Get Down: All Time Low, AWOLNATION, Sublime and More

Just because Halloween is over, doesn’t mean the party has ended. The Get Down for concerts this week is filled with alternative rock bands and bluegrass jams. Featuring old favorites, such as All Time Low and Sublime, the Denver music scene has your post-Halloween blues cured with endless choices. Discover which show fulfills your fancy, and usher in the holiday season with good music.

All Time Low and Sleeping with Sirens @ 1st Bank Center

If you want a night to pour out your angst and to be revived through guitar slashes and crooners, you’ll want to see these two bands perform in conjunction with one another. 12 years ago, All Time Low entered the pop-punk arena, and fans responded quickly, and with devotion. They have changed their sound over the years, but still carry an attraction from a young fan base. Relive your favorite songs with them, and be prepared to enter the mosh pit when Sleeping with Sirens takes the stage. 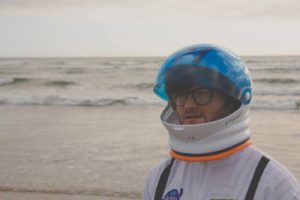 The Seattle based band, Telekinesis, is coming to Denver to share their indie rock tunes with the mile high crowd. Frontman Michael Lerner relies on synth, heavy drums, and plucky guitar strings to fill out his quirky yet attractive voice. The band has been noticed by pop-playing radio stations, but their roots are founded in the rock hits of the 80s and the indie temptress of the 2000s.

Even I can recall the days where my true fan girl would openly come out of the closet at Mayday Parade shows. The separation of the band has only increased the emotions one feels at their concerts – perhaps sadness, or longing, or just straight up a waterfall of nostalgia for the band. But their latest record, Black Lines, released on October 9th, 2015, shows audiences everywhere that they haven’t lost their musical genius. As always, their songs feature personal failures and accomplishments, and helps strengthen the bond from listener to band.

Head for the Hills @ Bluebird Theater 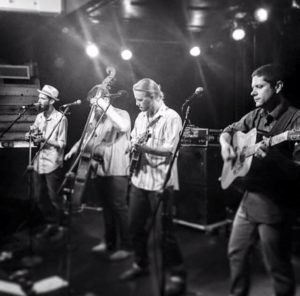 Photo courtesy of Head For The Hill’s Facebook page

Grab your friends, beers, and tickets and head to the Bluebird to hear this bluegrass band jam their way through feet-stomping tunes. Fiddle, bass, and guitar merge together in Head for the Hills to create a progressive string sound. The band relies heavily on live performance, and their loyal following know and love the theatrical moments throughout their folk-inspired show. This Colorado band understands and incorporates the beautiful Rockies into their music—the effect is twangy and energetic, a place where you can forget your worries and drown them out in the crowd.

This electronic rock band has grown exponentially over the years, and you can now dish out the dollars to get VIP seating or search Facebook and Craigslist to find a coveted, sold-out ticket. It’s not hard to see why the group has made it big—their clash of rock with the electronic can find an appeal in many different music communities. Knowing how to create a hit single isn’t a bad thing either—from “Sail” to “I Am” off their new album; AWOLNATION has captured crowds with their catchy, yet substantial, songs.

Sublime with Rome @ The Ogden 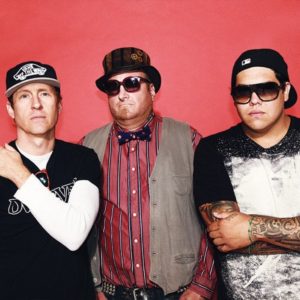 Slide into sultry California tunes with Sublime this weekend. Although snow is coming our way, you can catch the beach waves with this band. Their ska-punk influence has been afloat since the 80s, and while they have changed their sound over the years, they have always stayed steady with their roots. Their name has changed (due to a legal mess) but don’t worry—they are the same band you blast with your car’s top down. Join them for a night of reggae feels and cannabis infused vibes.

At an age when most of us were playing sports and learning arithmetic, Joey Alexander had already released a highly anticipated jazz album, played numerous notable jazz festivals and even performed at a prestigious TED conference. For this 11-year-old piano prodigy, it seems the sky is the limit. Born on the island of Bali, Joey Alexander encountered the piano at age six, being able to piece together the melody of Thelonious Monk’s “Well, You Needn’t.” Since then, Joey has been fine-tuning his piano prowess and being inexplicably drawn to classic jazz recordings from some of the best musicians in history. His debut album, My Favorite Things was released on Grammy-winning label Motema Music and has already garnered attention for his dazzling piano skills. This pint-sized musical phenom will leave you speechless, so don’t miss out on an unforgettable evening with the Joey Alexander Trio this Saturday, November 7th at Dazzle Jazz. You can purchase tickets here.  (written by Alex Faubel)