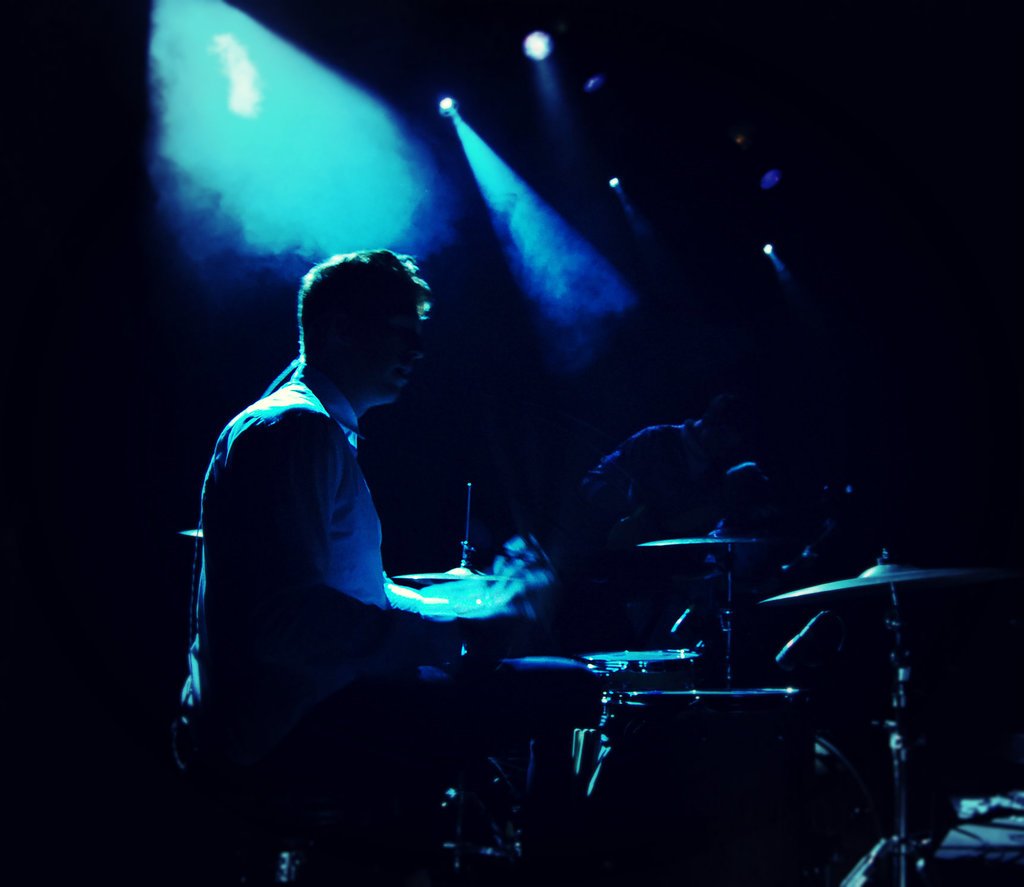 If you ever want to go down Alice’s rabbit hole, Youth Lagoon would be the vessel in which to do it through. They played at the Bluebird on 10/16, and their performance was both engaging and fluctuating. From chill vibes pulsating through the keyboard, to banging drums that echoed throughout the auditorium, Trevor Powers and his band kept the crowd jiving–and perhaps wondering where they were going next.

The band, Moon King, opened for them and they lit up the stage with jams that sound straight from the beach. Located out of Canada, one could tell that they enjoyed the crowd as the lead singer often bounced from one end of the stage to the other, striking tribal and kneeling positions, as if he was worshiping the music around him. They opened for Youth Lagoon previously, and I understood why–both bands carried similar electronic tunes and unique vocals. 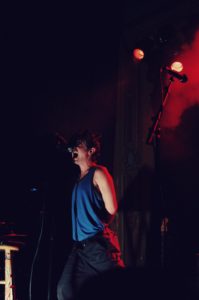 After Moon King woke the crowd up, Youth Lagoon strutted on stage. Powers announced, “Let me take another swig of my PBR like an all-american,” and I knew he would take us on a joy ride through his music. They intermixed their new album, Savage Hills Ballroom, with their old, previously adored songs. One of the new hits they played was “The Knower.” Opening with Powers’s high voice that is reminiscent of childhood, he crooned “Oh, everybody wants to think / That they’re good at heart / When they’re full of hate,” and in any other song, this would come across as painful, sad and downtrodden. But in Youth Lagoon, their musical tendencies to create layers of melodies with pounding drums and light keys created a song one could dance to and later digest.

I first saw Youth Lagoon a little over 3 years ago, when they only had their debut album. Then, it was Powers, his keys and a laptop. They have grown, not only as a band, but stylistically as well. They delve further than what can be generated merely on a computer and their lyrics follow a similar theme of describing the personal, but now it is done so in a way that can attract an entire crowd rather than just a single listener.

Another new song they played was “Doll’s Estate,” and I fell in love with the simple piano chords and undulating pattern it carried throughout. As crazy as Powers became during the performance–running around to his more psychedelic songs, bashing objects on stage, jumping from one box to another–he was always still and introspective during the piano solos. They played “Doll’s Estate” as an intro to songs from his second album, Wondrous Bughouse. This album, I think, is very separated from his other two works. It probes into psychedelia and is a frenzy of sounds. Ranging from repeated vocals to a wormhole of drum variations, one can tell Powers was testing the limitations of his control over music. The smell of marijuana was in the air when he played songs from it, so it was successful in the capture and hypnosis of the audience.

Ending with the song, “Dropla,” Powers did one last jingle around the audience, nodding and singing the chorus up and down, “You’ll never die / You’ll never die.” He chugged one last beer and thanked the crowd before bowing his curly head goodbye.