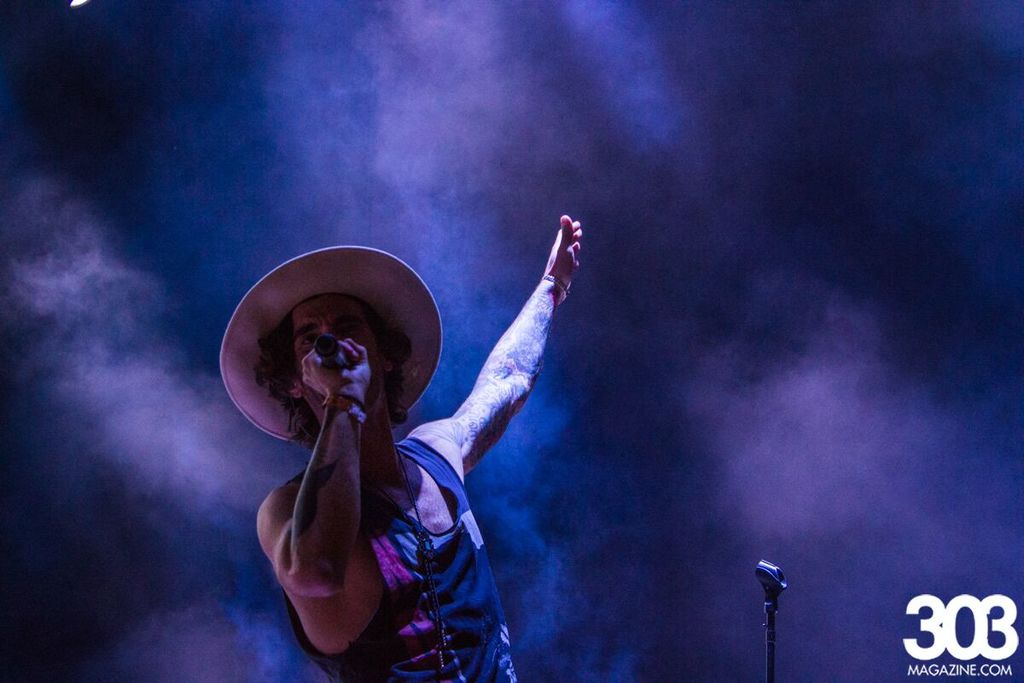 As the summer comes to a close, sadly too does Red Rocks season. However on one of the last shows of the year we caught up with the exploding band American Authors of Brooklyn New York, and their lead singer Zac Barnett, to find out more about their connection with their fans, and the story leading up to a sold-out crowd at Red Rocks Amphitheater.

303 Magazine: What does Red Rocks mean to you guys? Do you mark it on your calendar?

Yeah, dude this is awesome, I mean it’s really cool to be back here again, you know we’re moving up, we’re playing a little later, its actually dark this time. Last year the sun didn’t even set because we were the first of three performers, this time we will get more production with the show. I’m really excited

Whats your favorite part of being here?

Hmm, running up and down the stairs, making my tour manager chase me around the whole venue, then he finally comes and finally finds me all sweaty haha. No but it’s beautiful, I’m sure as you guys know it’s the most incredible natural amphitheater in the world, so you can’t beat that.

You guys have a lot of inspiring music, is that something that helps you guys get through it all? because it obviously helps your fans out.

For us we talk about this a lot in the sense that we were at such a low point in our lives and a low point in our careers when we were writing our first album. Rather than giving up and quitting music and going on and doing whatever else that wasn’t our dream, we kinda stuck together and saw the light at the end of the tunnel and pushed through those hard times. And for us its talking about all the insecurities and all the imperfections in life and how we pushed through them and how we moved forward and kinda made our own yellow brick road that took us where were at now.

That low point, was that during Blue Pages? (Their previous band name)

No it was during American Authors because you know it was all very exciting, and we had just turned into American Authors and we were writing and recording but the hurricane hit and I lost my job at a restaurant because it got flooded out. It was just kinda like this point where we had been broke and struggling in New York City for so long and we all at one point asked that question…

…When should I stop?

So like you said we’ve all been there, so for you guys, what was it that let you keep going?

It was a big thing, we all had each other to keep banking off, and to keep working with, and to keep being inspired by one another. And like I said we were just so passionate about this dream and we’ve all loved music from such a young age. None of us had any back-up plans, so it was either this or nothing. None of us are really quitters

How does it feel for you guys to know that your music is inspiring others to keep going?

It’s great, its awesome. We get tons of beautiful fan letters and tweets and messages, its always so cool to hear about that. And we try to respond to as many fans as we can because it is a really beautiful thing. Because the music helped us, and the music is what is really so close to us and it’s really really cool and special that the songs help other people too.

In one of your songs you say Iv never tasted fame, well now that you guys have…

We have tasted fame a little, we are contradicting ourselves a little there haha. No I mean we are still not at the level we want to be ultimately. We still see so much more ahead of us with our careers. Ya we’ve had a bit of fame but there’s still so much more to accomplish and so much more room to grow.

After the sun set American Authors moved the 10,000 screaming fans in unison, as they recited all the words to their inspirational songs like the band had been together for decades. As more and more listeners find themselves connected to the messages their lyrics deliver, so too does the band continue to make new music. Following their hit album “Oh, What A Life” American Authors plan to release their untiled second studio alum at the start of 2016. Don’t be surprised to see a headlining spot next summer as this band continues to grow and inspire more and more people. 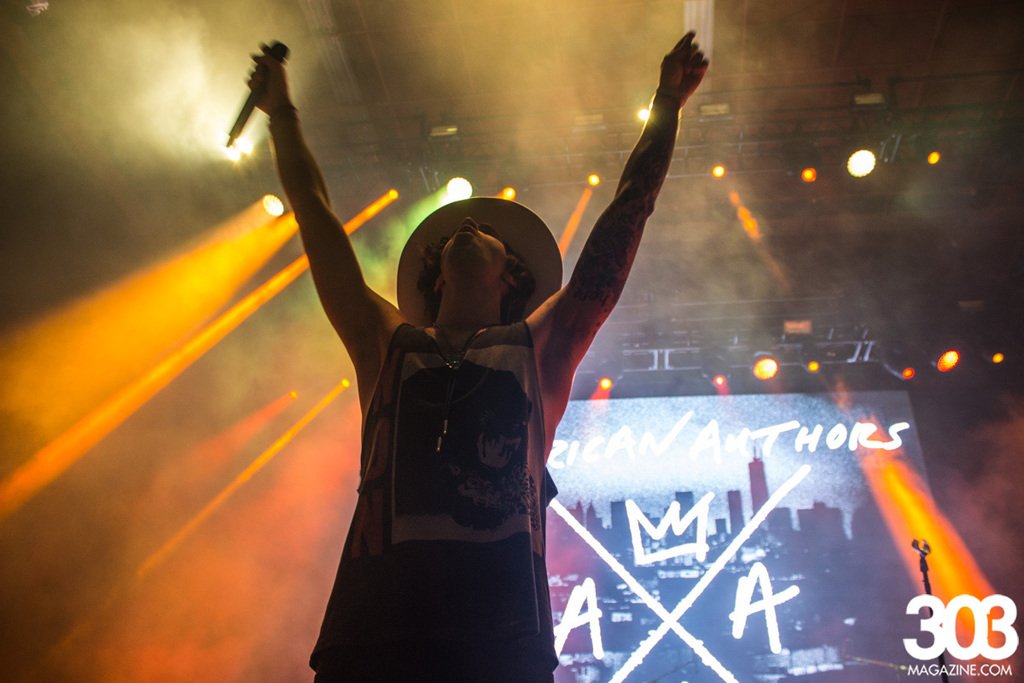