of Montreal Visits Denver on 10/28 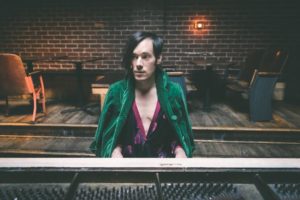 The harmonious genius of Montreal will be taking over the Bluebird Theater on Wednesday, October 28th. With the release of their new album, Aureate Gloom, the crowd should expect a collision of sounds with frontman, Kevin Barnes, leading the way into their psychedelic tunnel. From progressive rock to vibes reminiscent of 60s electro pop, the ever expanding band is sure to create an art performance that is both confessional and beautiful.

This year has been wild for the band, for they not only released their 13th album, but they also put out a live album and new motion stop videos. Aureate Gloom even reached #88 on Billboard’s Top 200 chart. The band, known for their excursions and playfulness with sounds, channeled a darker spectrum for the new releases. But don’t worry, concert-goers, you will still experience their California guitar strums and spunky vocals. Their creatively named song titles, ranging from “Bassem Sabry,” to “Monolithic Egress,” reflect the tunes lying deep within. Prepare to drown inside the layers of instruments while surfing on the waves of Barnes’ hypnotic voice.

Aureate Gloom was written through a series of stints in New York City and southern deserts. The stark contrast of locations mirrors the contrast found in the personal lyrics and fun, light-hearted, musical sounds. The band, formed out of Georgia, has been creating music since the 1990s and they have refined their talents to bring the Denver crowd a night of dancing and melodic memories. Tickets can be purchased here for $18 before taxes and fees.