HUMP! brings about a sense of community, embracing individuality and promoting sex positivity and gender advocacy through art. 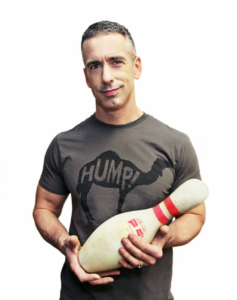 Curated by Dan Savage, sex advice columnist slash LGBT activist slash political pundit, the HUMP! Festival is less about watching porn than it is about freedom of expression and accepting people for who they are. My first HUMP! experience was last February, when the festival came through San Francisco. We occupied an entire row at the sold-out show at the Roxie Theater in the Castro and it was glorious. The short films ranged from raunchy and hilarious to sweet and playful to artsy and bizarre. Honestly, the straight sex was the most boring part (coming from a straight chick). Dan warns that “most of this stuff, you probably wouldn’t click on,” but encourages laughing when it’s appropriate- just be respectful. And absolutely no cell phones.

Now Dan Savage and his crew are bringing the very best of HUMP! to Denver for our viewing pleasure. See eighteen of their favorite HUMP! films from the last few years in action this weekend at the Oriental Theater. HUMP! will make you step outside your comfort zone and maybe even teach you some new techniques. You’ll laugh, squeal, and marvel at the broad range of human sexuality and imagination.

See what the Portland crowd had to say post-HUMP! in the following NSFW video review:

Learn more about the HUMP! film lineup and find ticket purchasing info at:

HUMP! is sponsored by Denver Relief, Sexy Pizza, and Glyde.