A Sneak Peek at the CherryArts Festival Grand Tasting Event

While the free food and open bar were plenty for us 303 Food-and-Boozers, the event as a whole proved to be a huge success, tipping off the rest of the festival that would later attract 9,000+ visitors over the course of the weekend.

Here’s a sneak peek at the Friday night festivities… 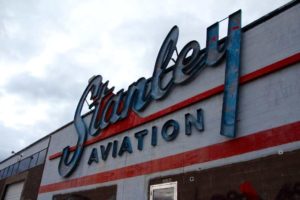 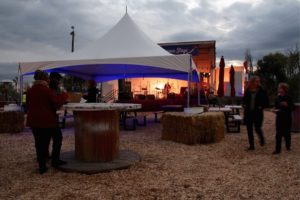 We were immediately greeted by the original Stanley Aviation sign that still hangs strong and proud over sixty years later. After being handed cups of champagne, we were then led to the outdoor portion of the event where the scene was getting set. Friends, couples, and strangers alike gathered beneath glowing tents, charming wooden tables, and Colorado cold-defying heat lamps ready to socialize and see what the festival had to offer. 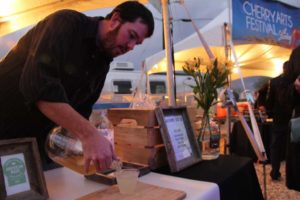 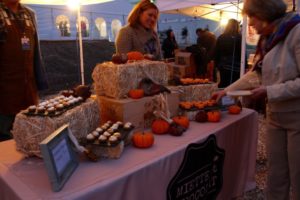 First, to our delight, came the food. The above images feature a spread of gourmet sodas from Backyard Soda Co. including flavors like Apple-Cinnamon, Mango-Jalapeno and Lemon-Rosemary, as well as Pumpkin Milk Chocolate French Macarons and Caramel Mocha S’more Tart from Miette et Chocolat that had our inner sweet tooth’s beaming. 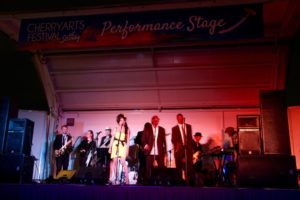 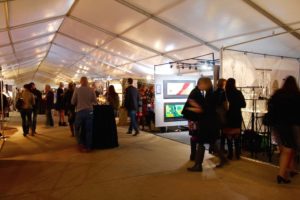 Just as the food filled our hungry bellies, came the music and art to fill our ears and souls. Winehouse brought some fun and soulful tunes to the mix as festival goers explored the featured artists and their work. 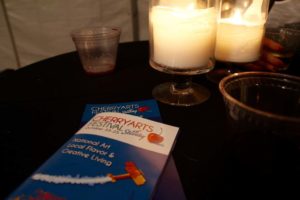 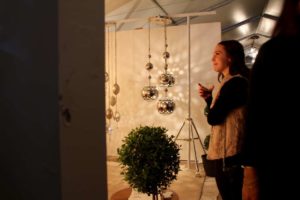 The main tent gave visitors a chance to escape the outside chill with more food samples, a wine bar, art, and luxury living vignettes. 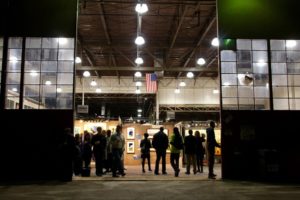 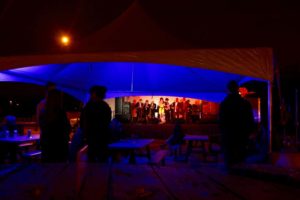 Mingling and music brought the grand tasting event to a grand close, capping the night off as the first of many great nights at the new Stanley Marketplace.